Get ready for a lot of pictures!! I have 2 BCM chicks both 6 weeks and some change but there are some pretty big differences between the two and I am so confused as to which one is a pullet and which could be a little roo. I’m hoping for two pullets! Im a first time chicken owner so sexing is really difficult for me! I would appreciate any help anyone can give me. Sniffles is a lot bigger and heavier that Poppy, also I believe sniffles has bigger feet than poppy as well. However comb is a light pink and yellow at the top and so are wattles. But they are reddish too just not as red as Poppys? Sniffles has slight copper at the neck but very very slight and on only 2 feathers. Sniffles had late tail feather development when younger and has always had a "rounder" tail as you can probably tell bellow. When Sniffles was little the tail had lots of "fluffs" but not feathers then when feathers did come in there weren't a lot and it held on to a lot fo the "fluffs if you know what I mean. Sniffles has always had fluffier feathers that fluff up a lot. Sniffles will often times fluff his/her feathers and make them stand up a bit. Poppy is smaller than Sniffles. Poppy has a redder comb and redder waddles, but they are pretty red in my opinion. Poppy has gold feathers at the neck and has started getting some gold in the wings. Poppy is a sweet chicken so temperament I haven’t really seen much aggression. Poppy and sniffles have flown into each other and bumped chests before but it’s not frequent and I don’t really know if this is a sign or not because my two for sure red sex link pullets have done these too. Sniffles is the more aggressive one in comparison to Poppy but neither of them are actually aggressive. (The other two chickens seen in the background are Lucille and Dixie and they are red sex link pullets.

Thank you again everyone who can help me! 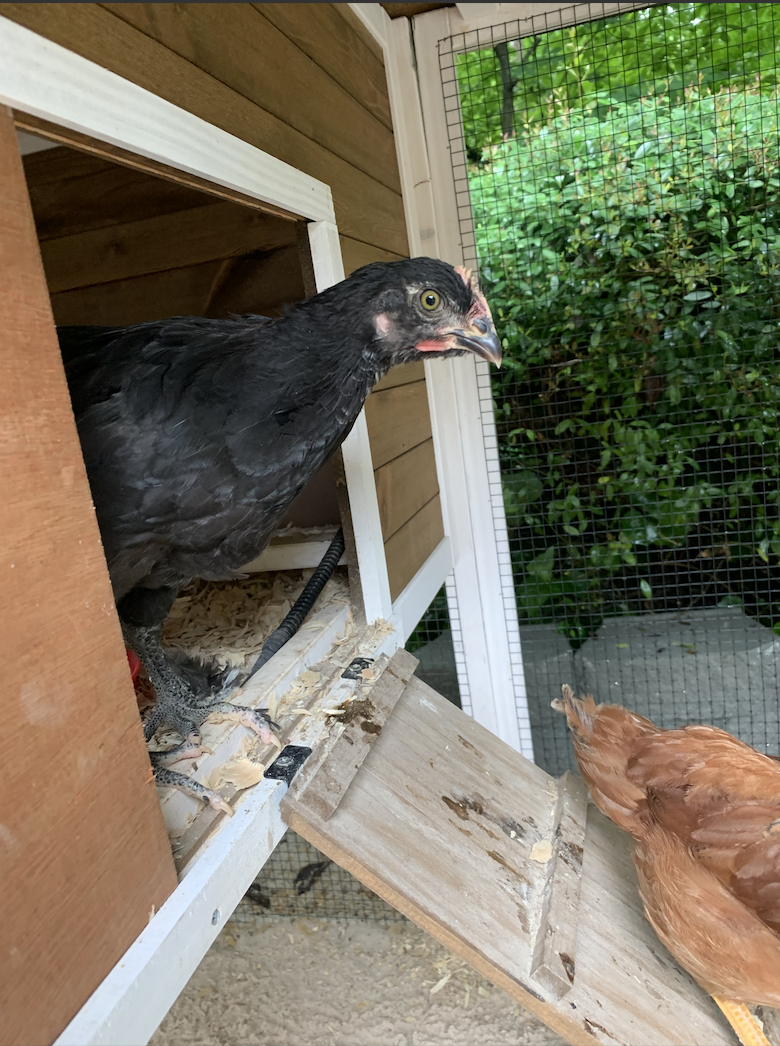 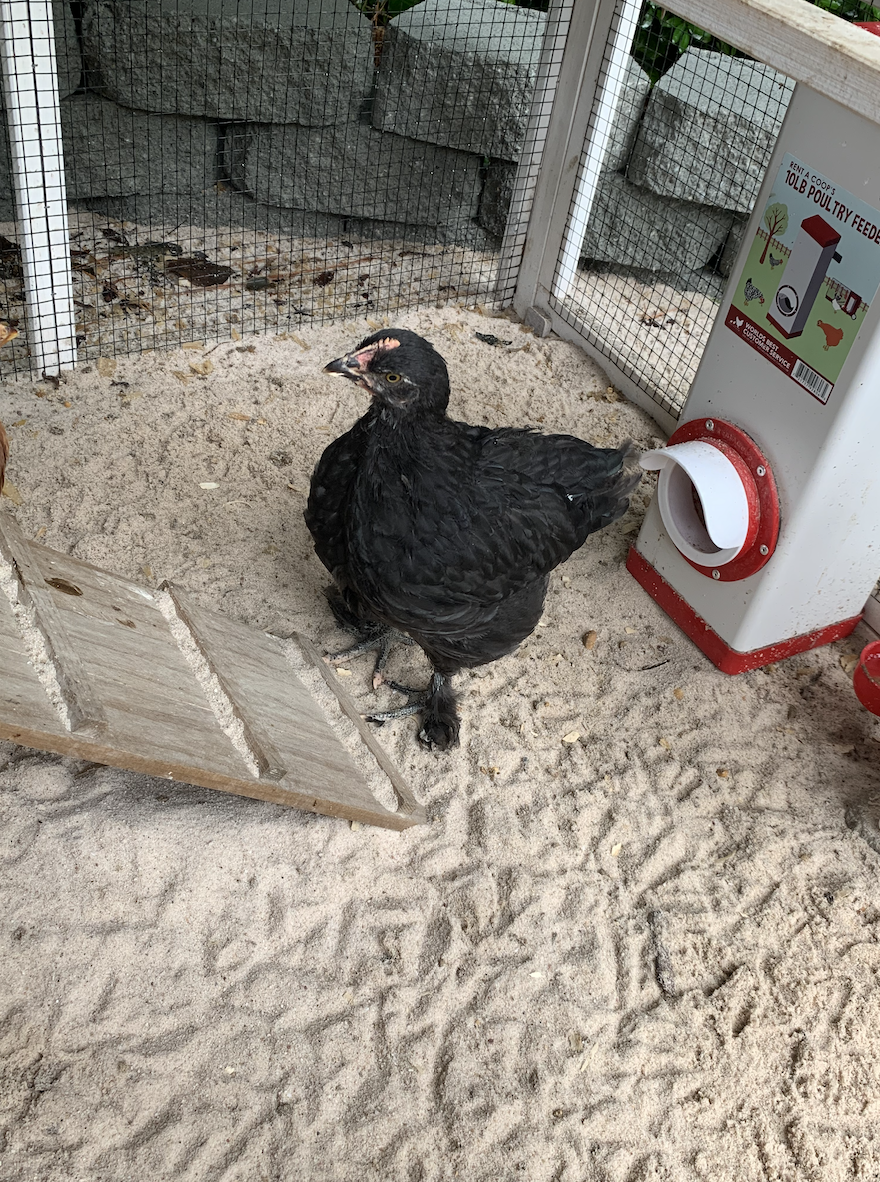 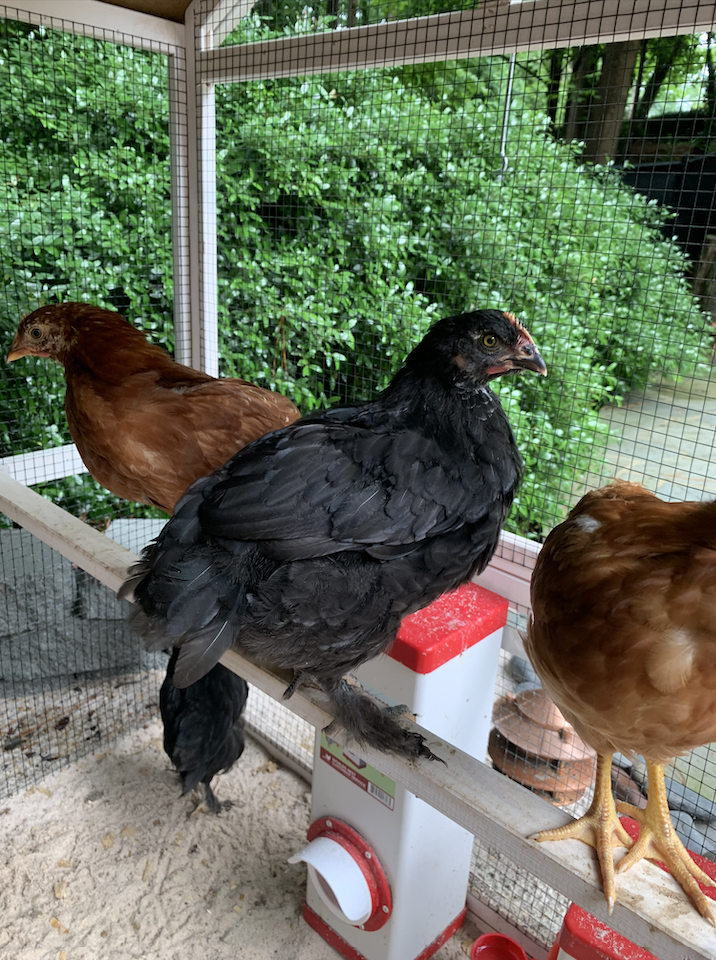 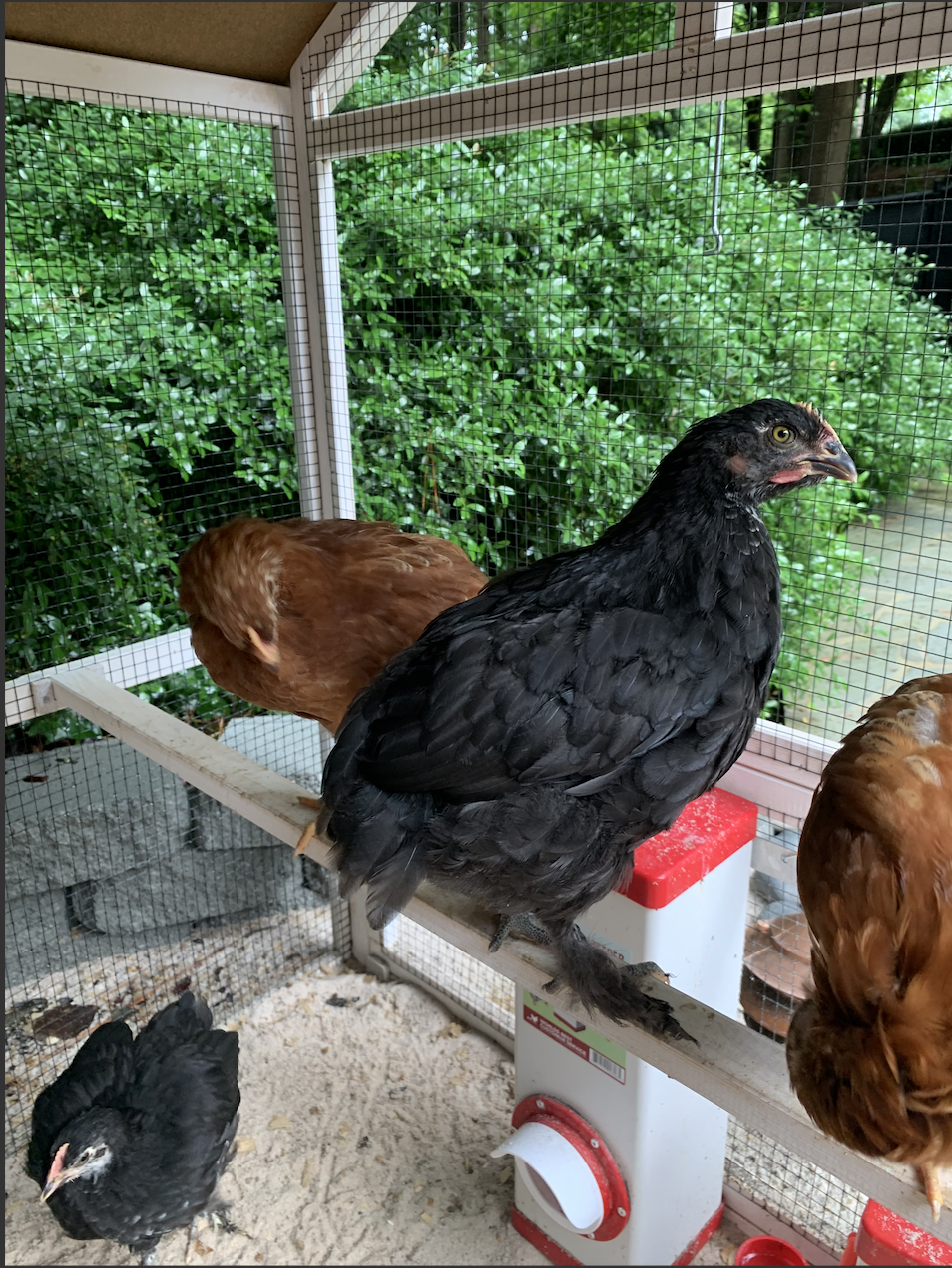 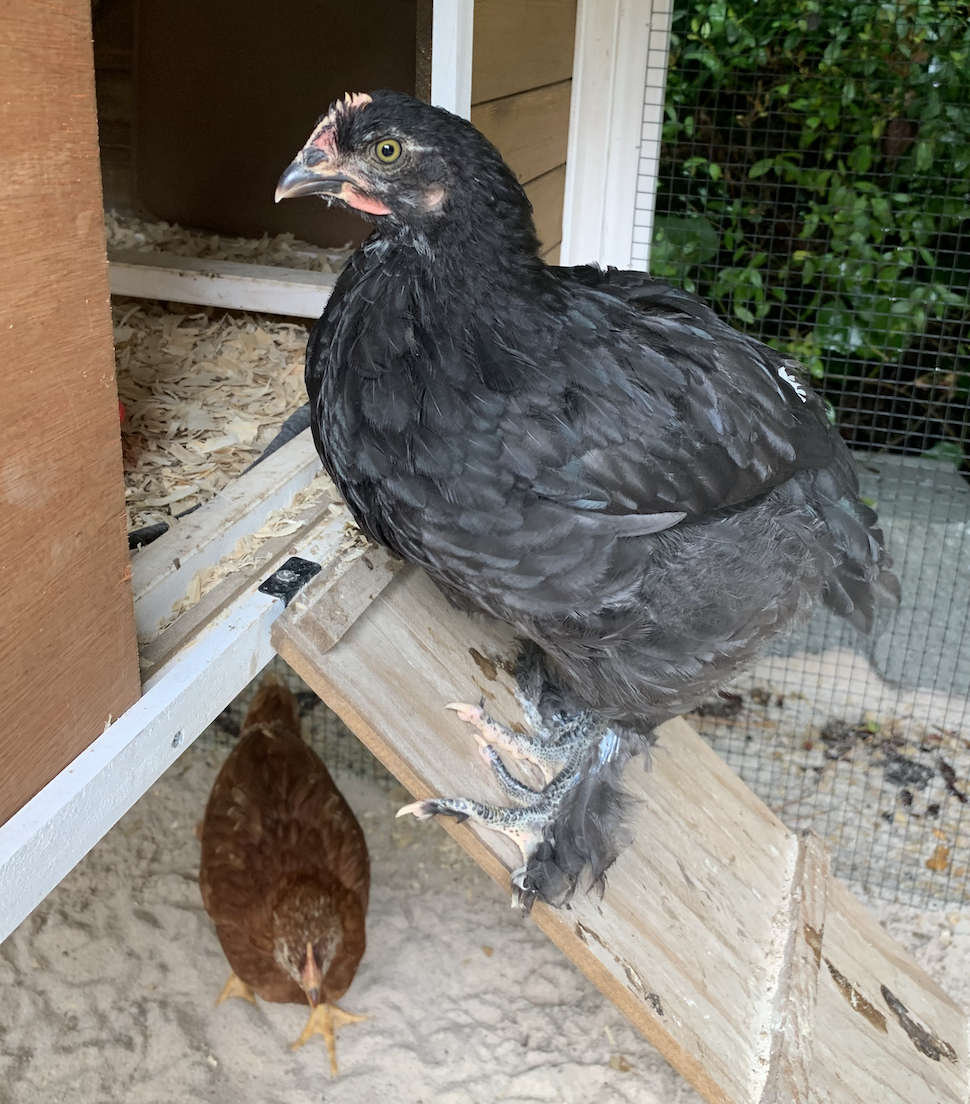 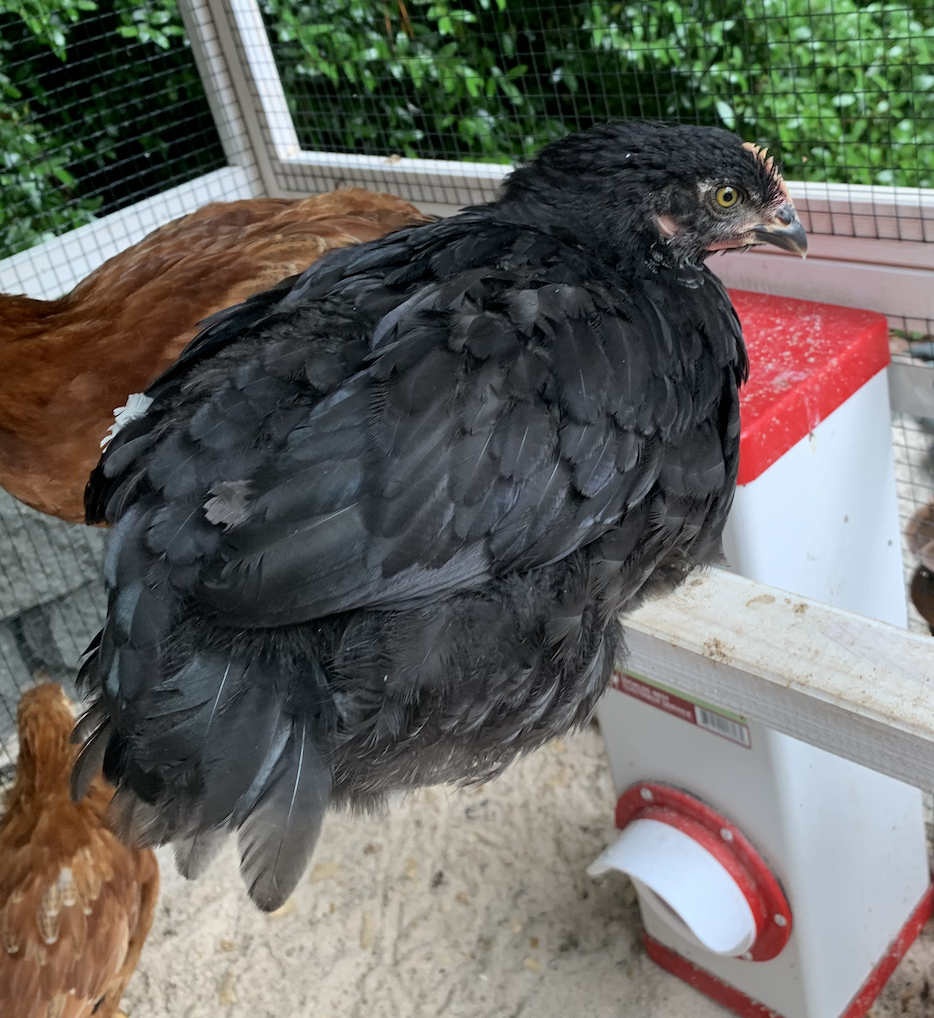 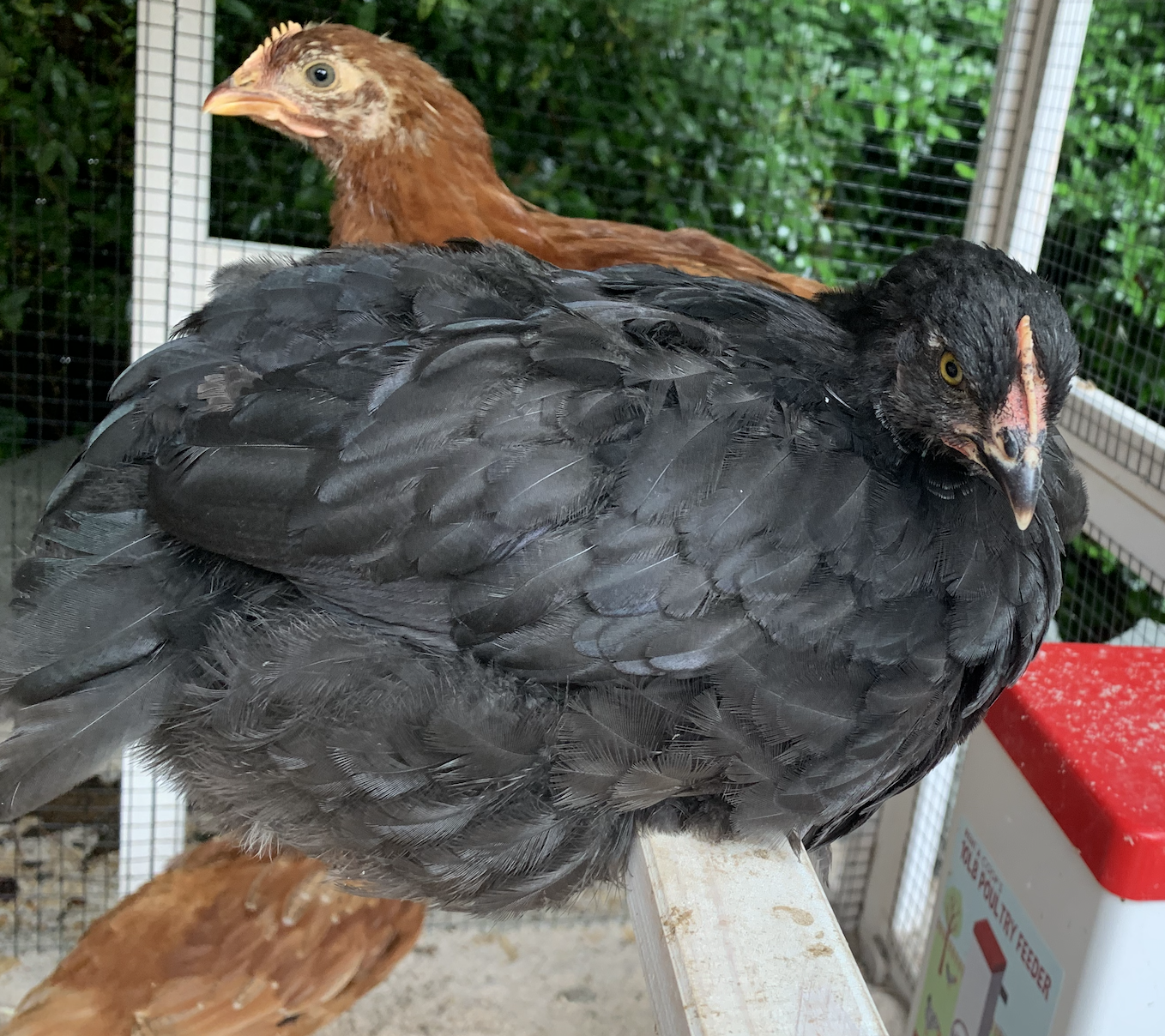 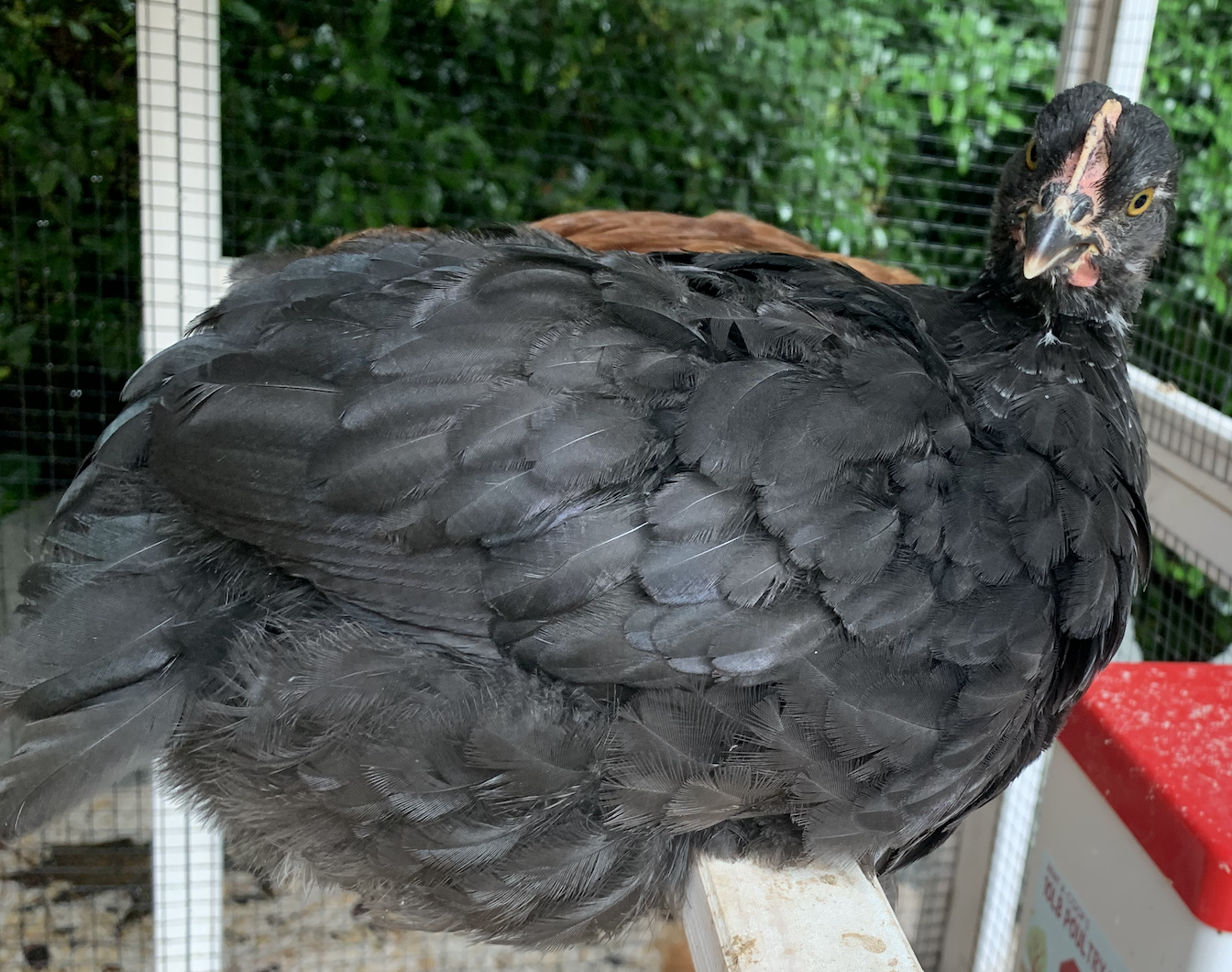 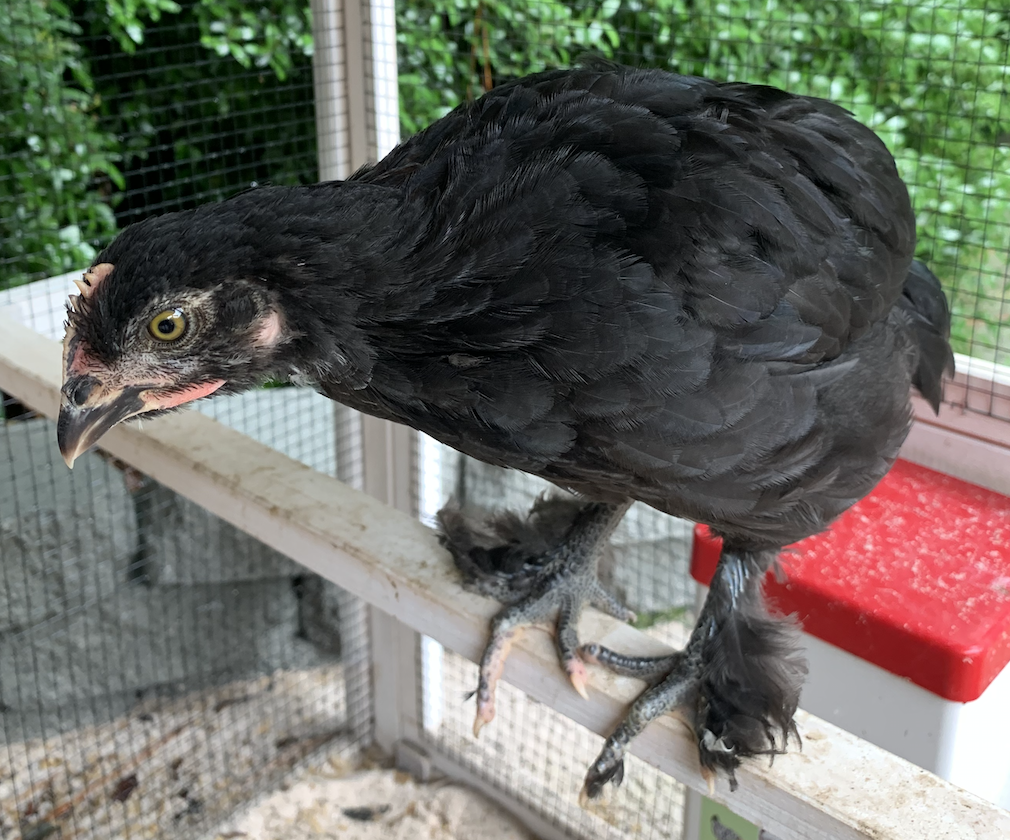 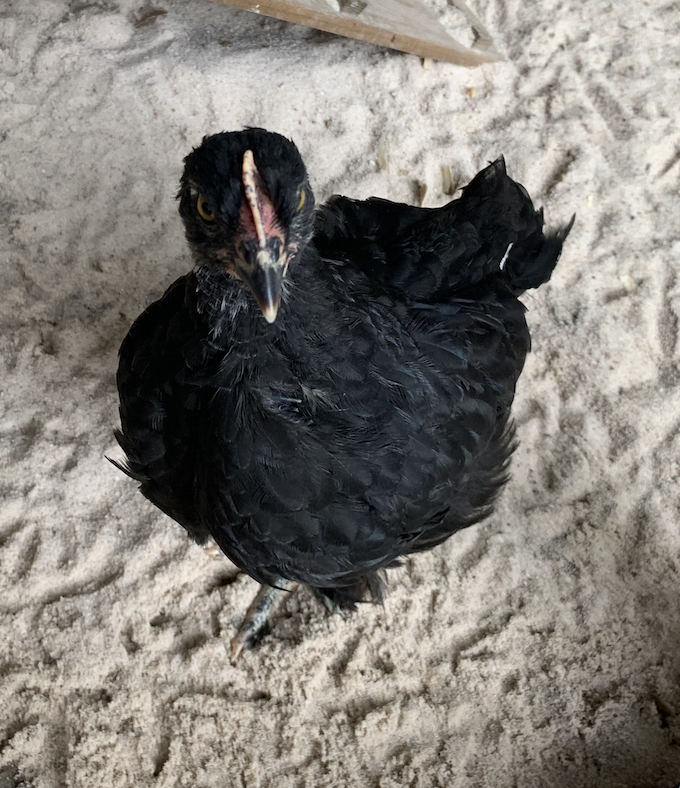 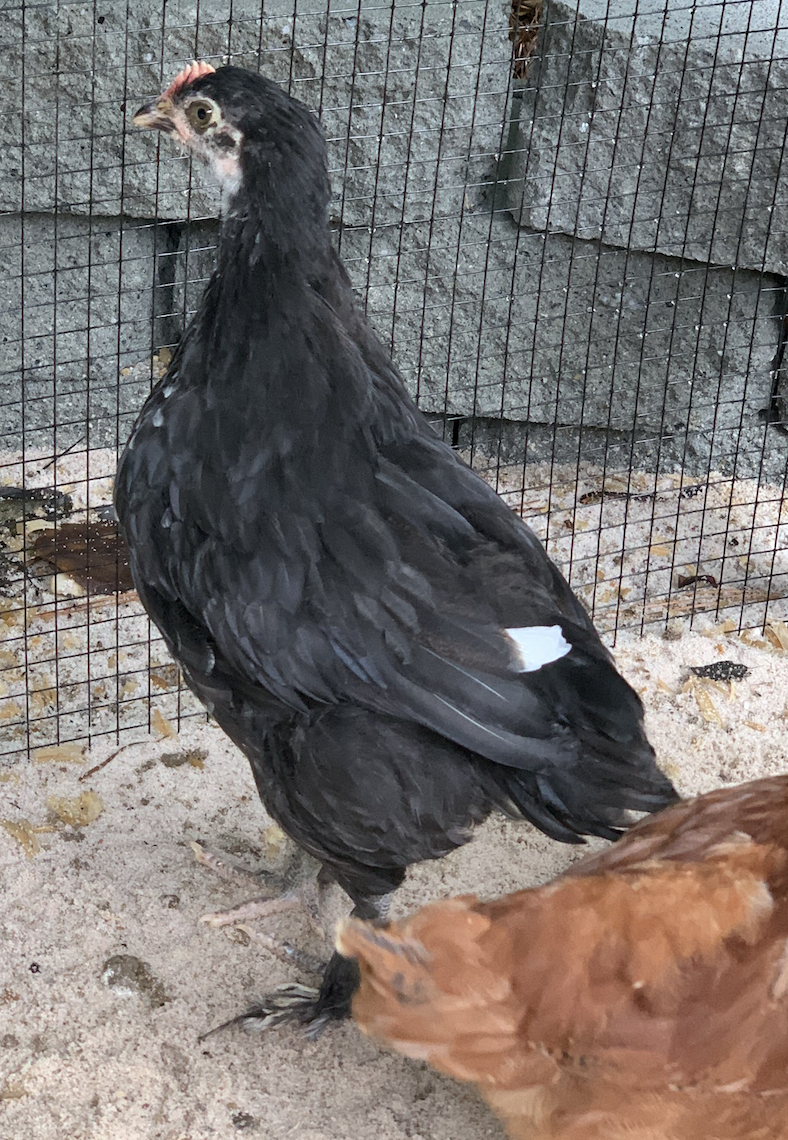 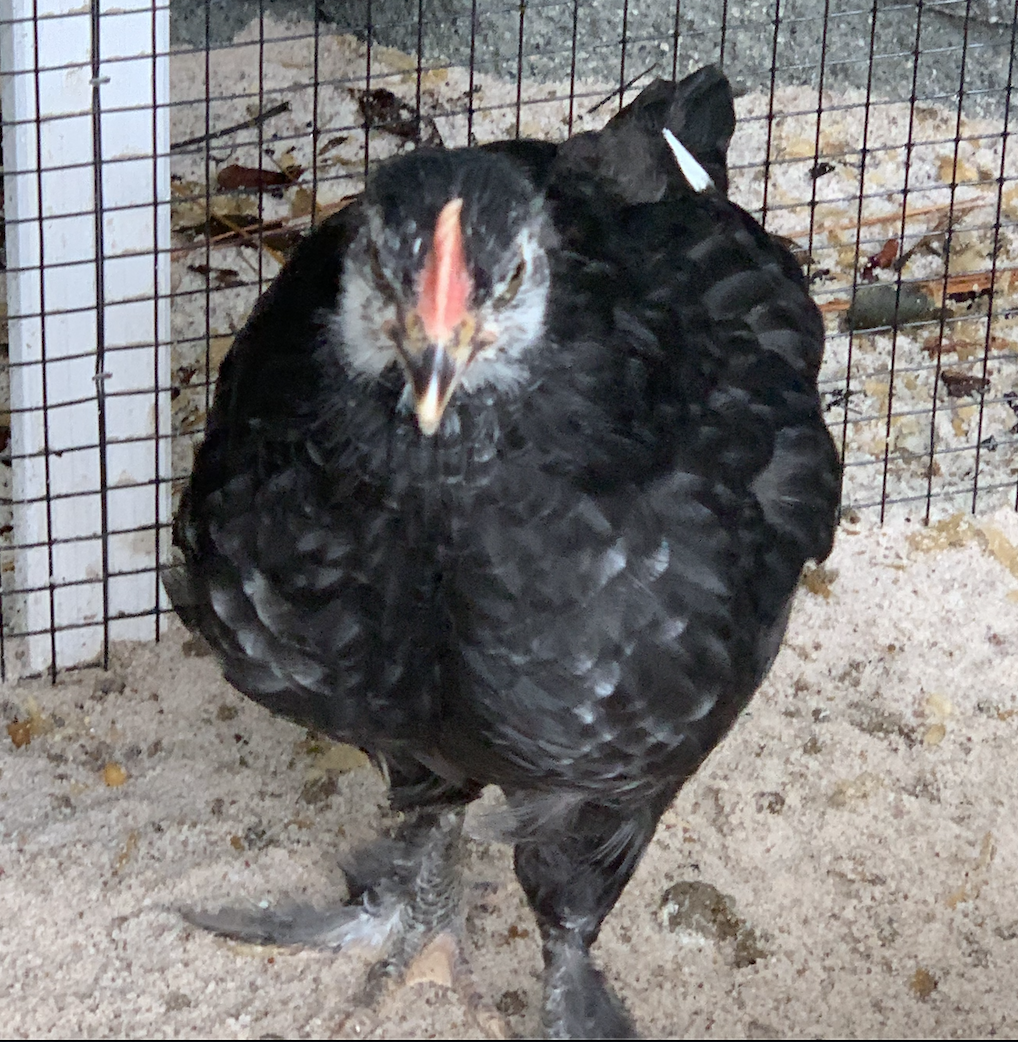 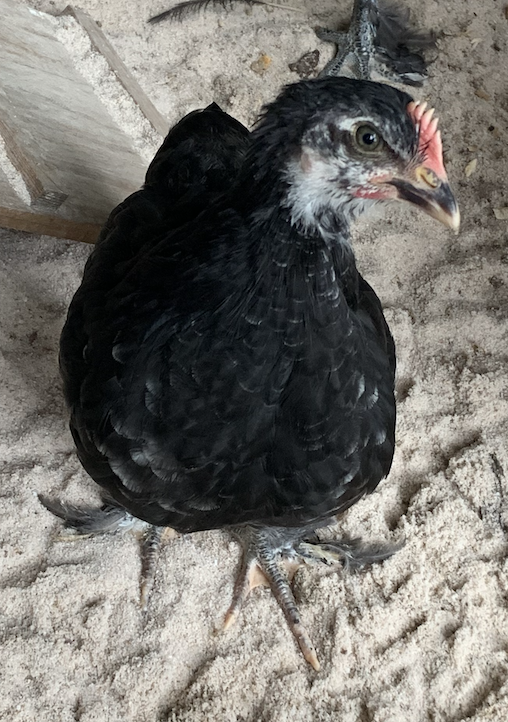 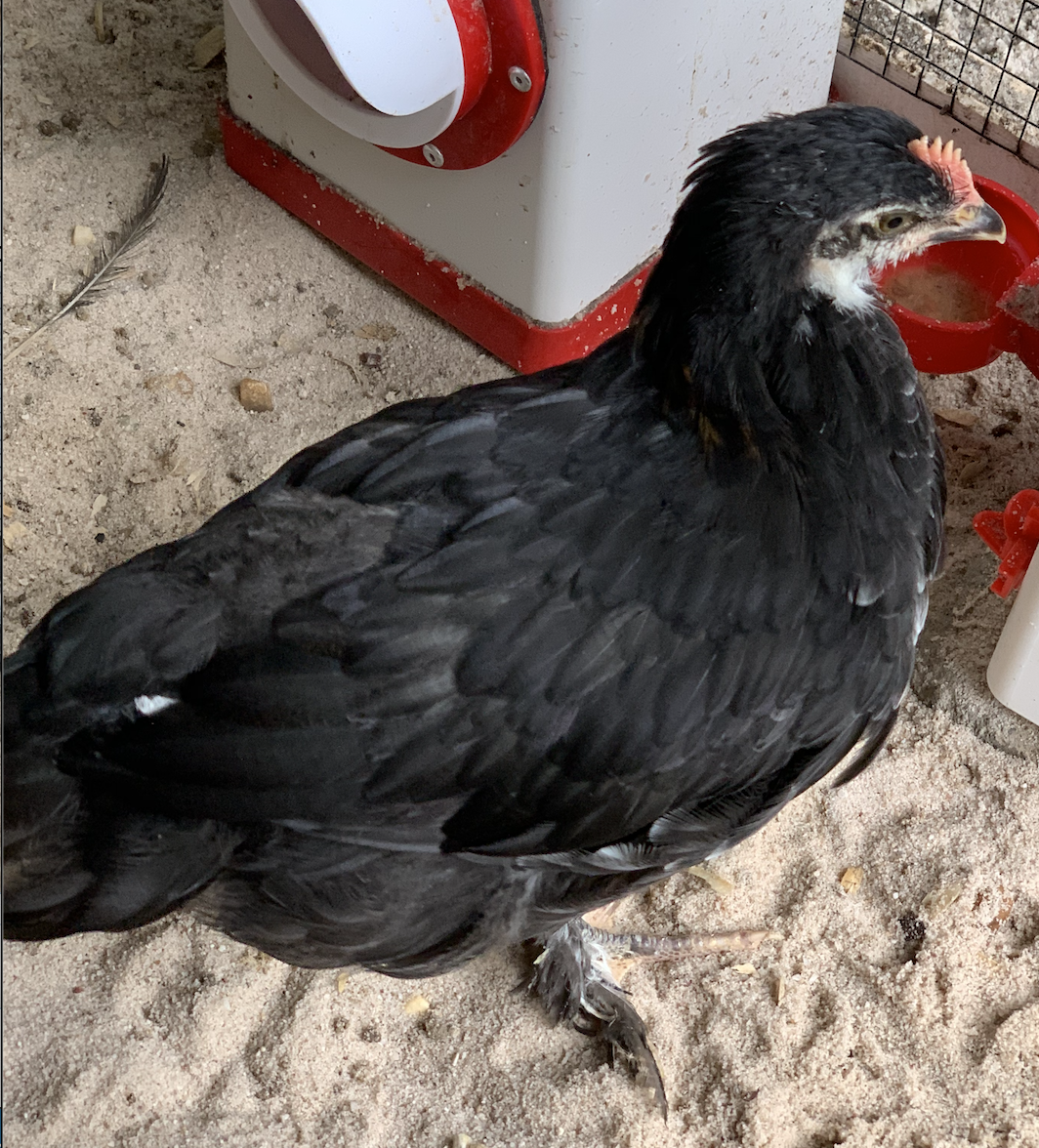 You can see the gold in neck here a bit. 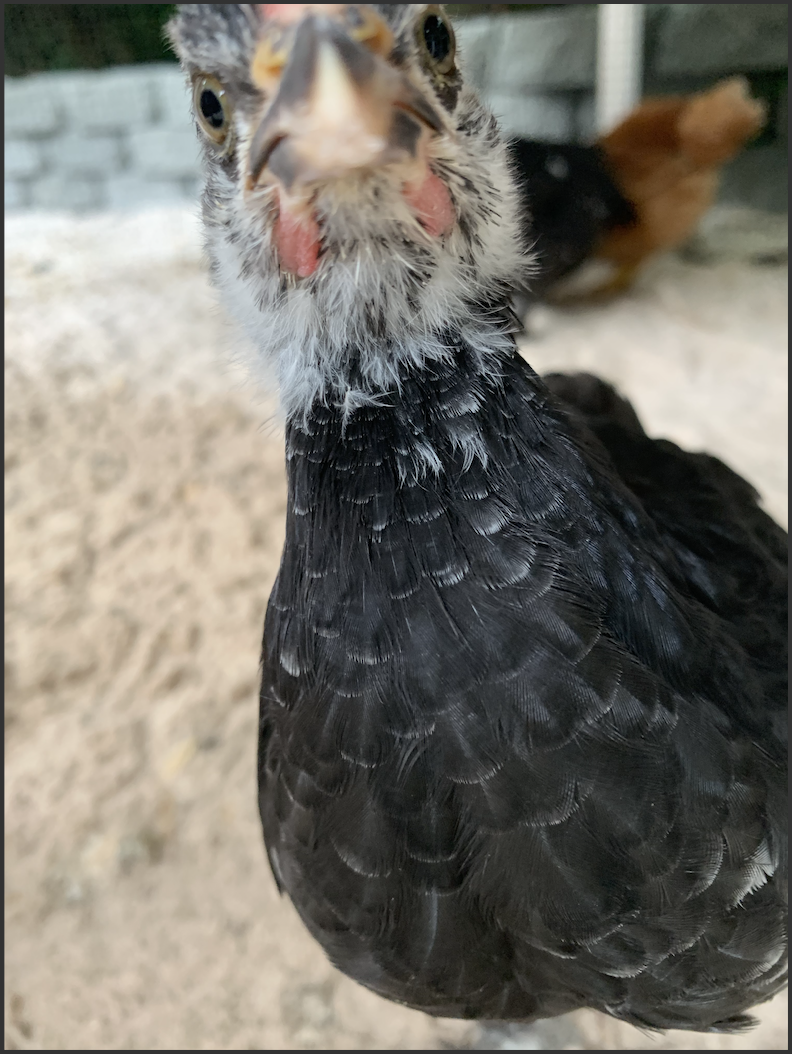 Funny picture but it shows the waddles. 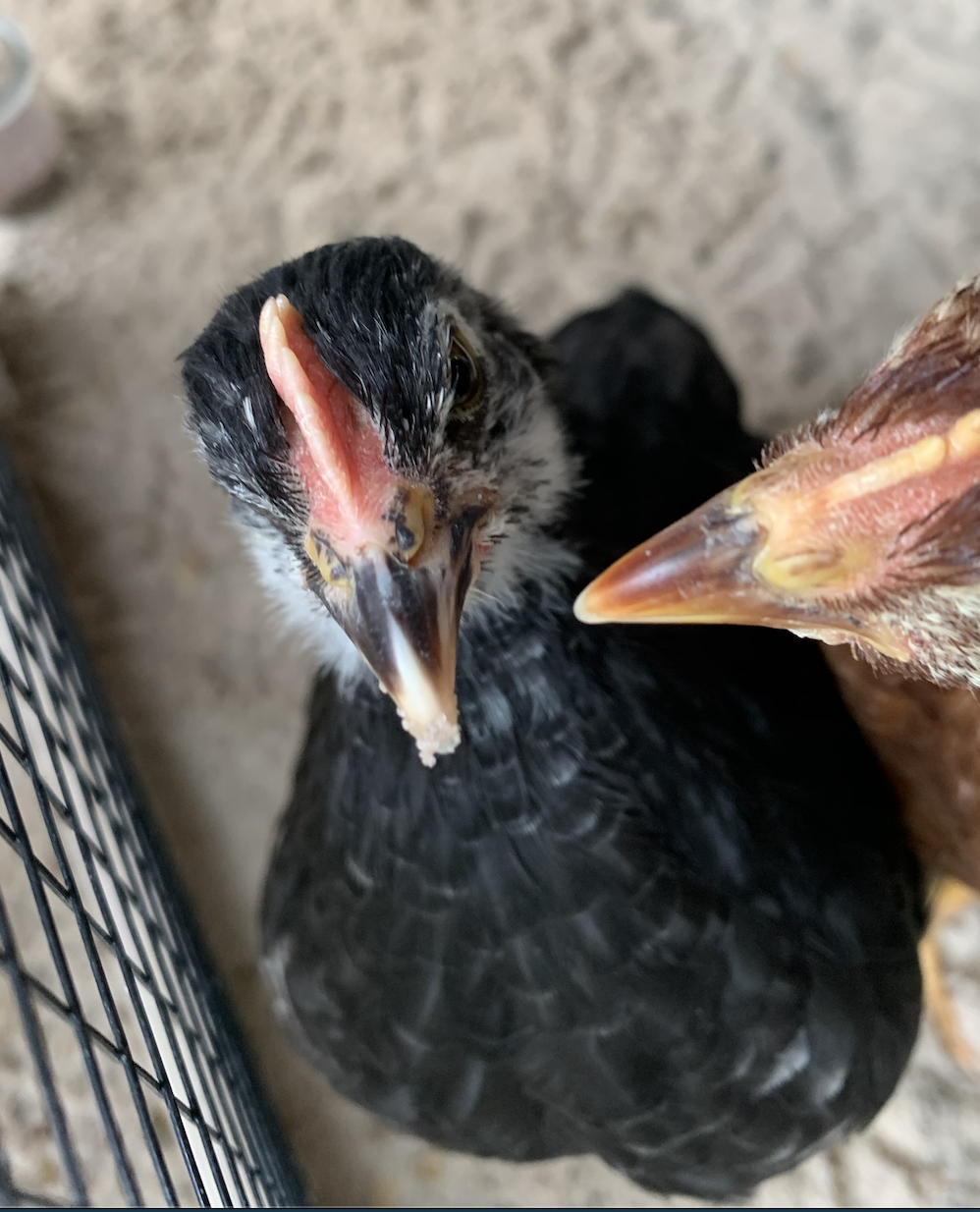 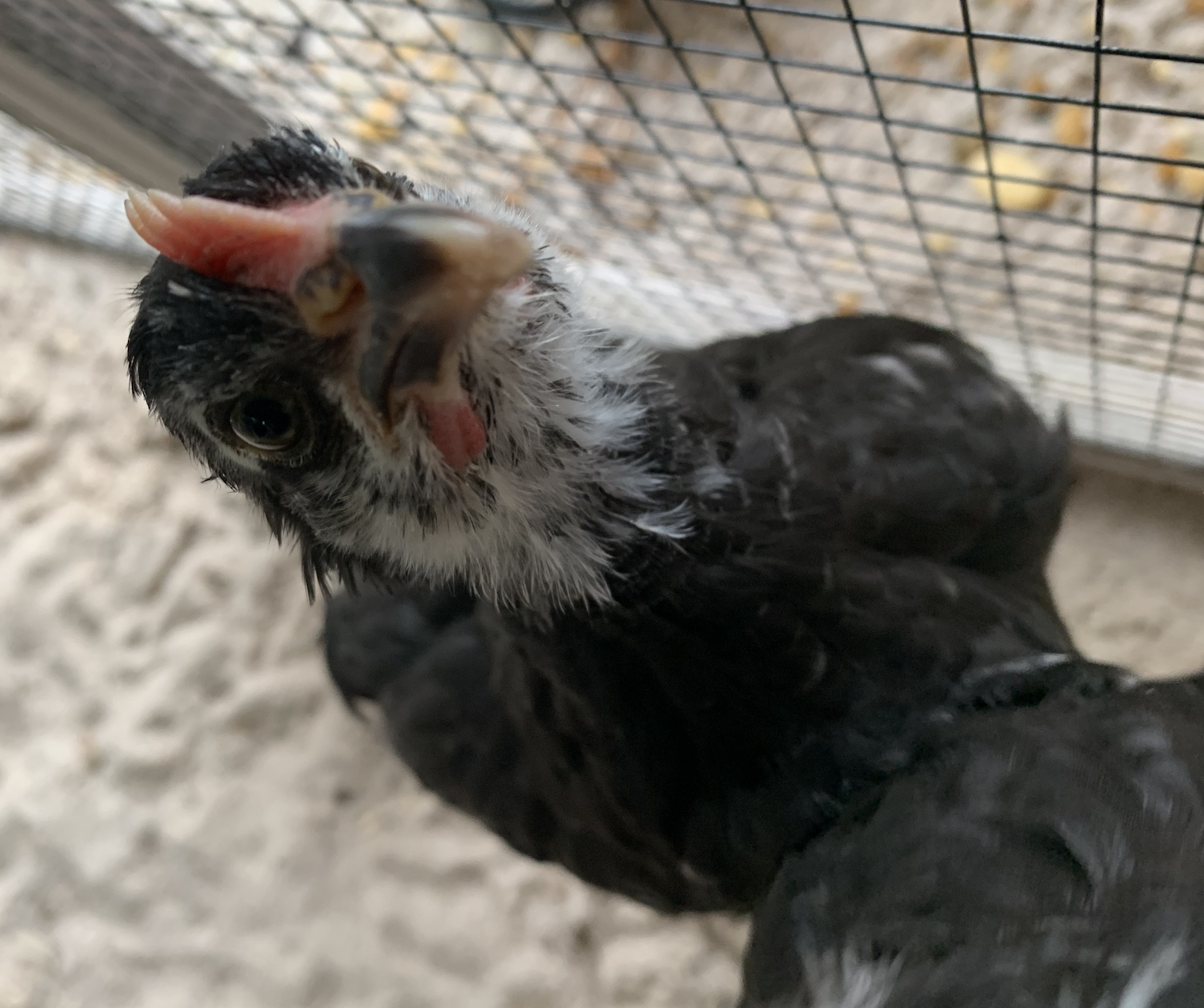 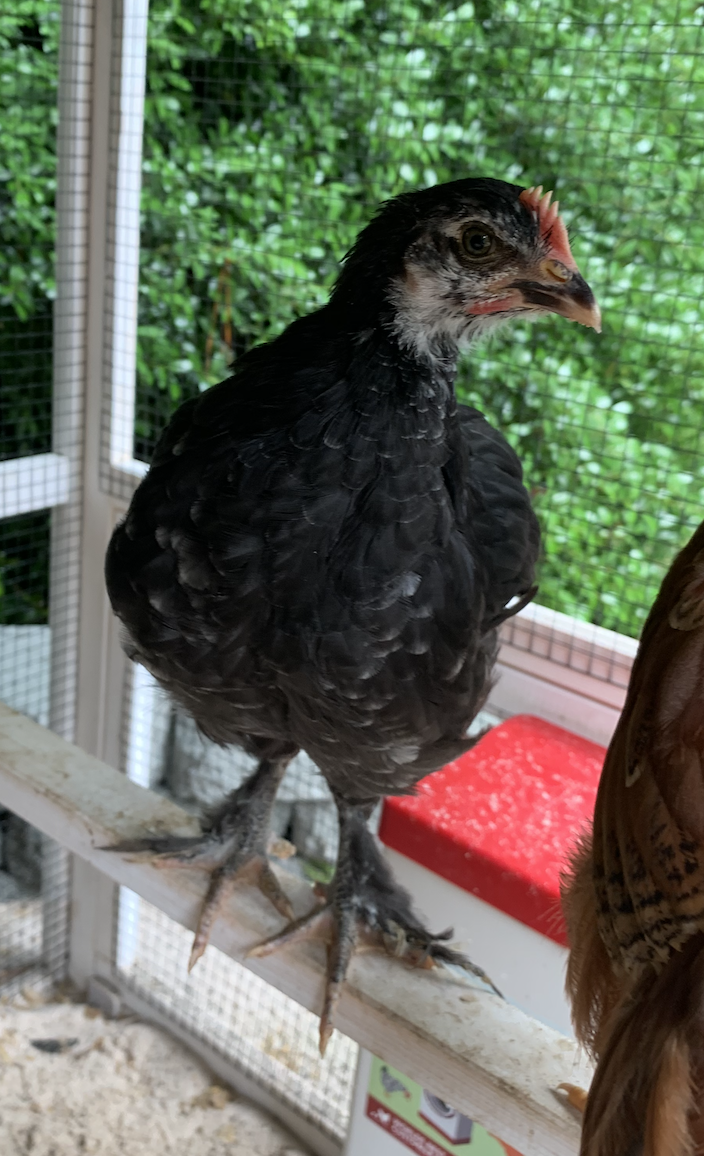 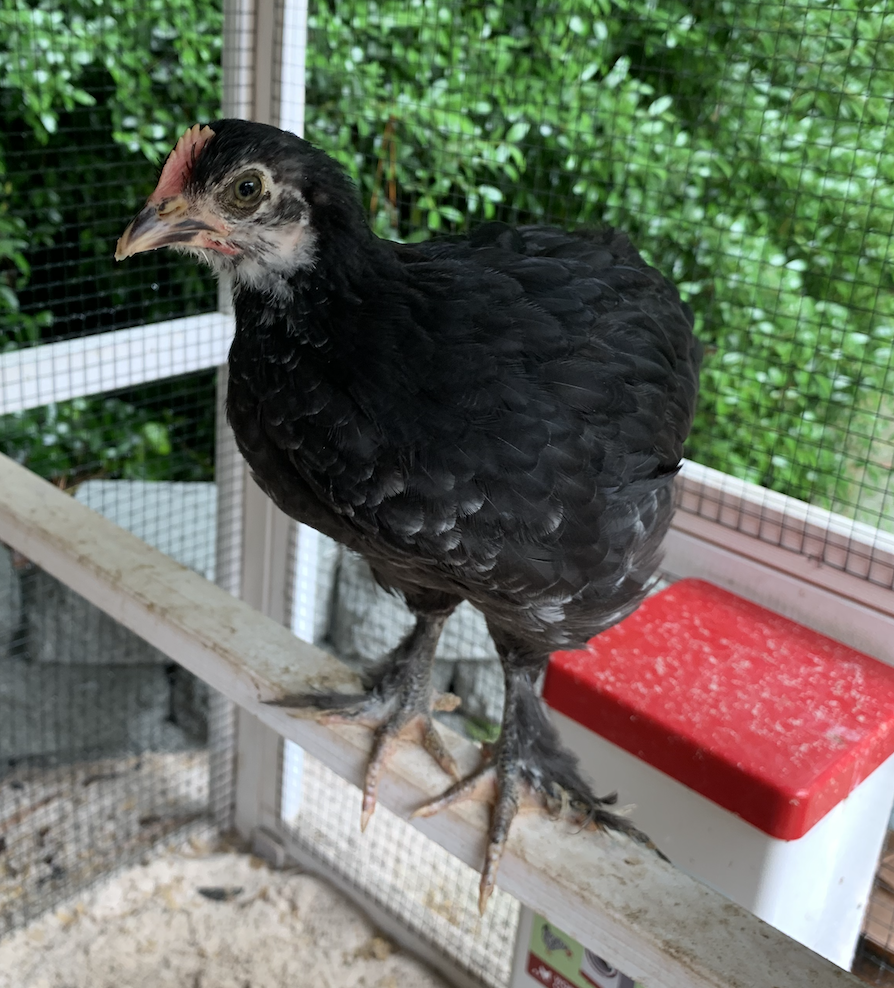 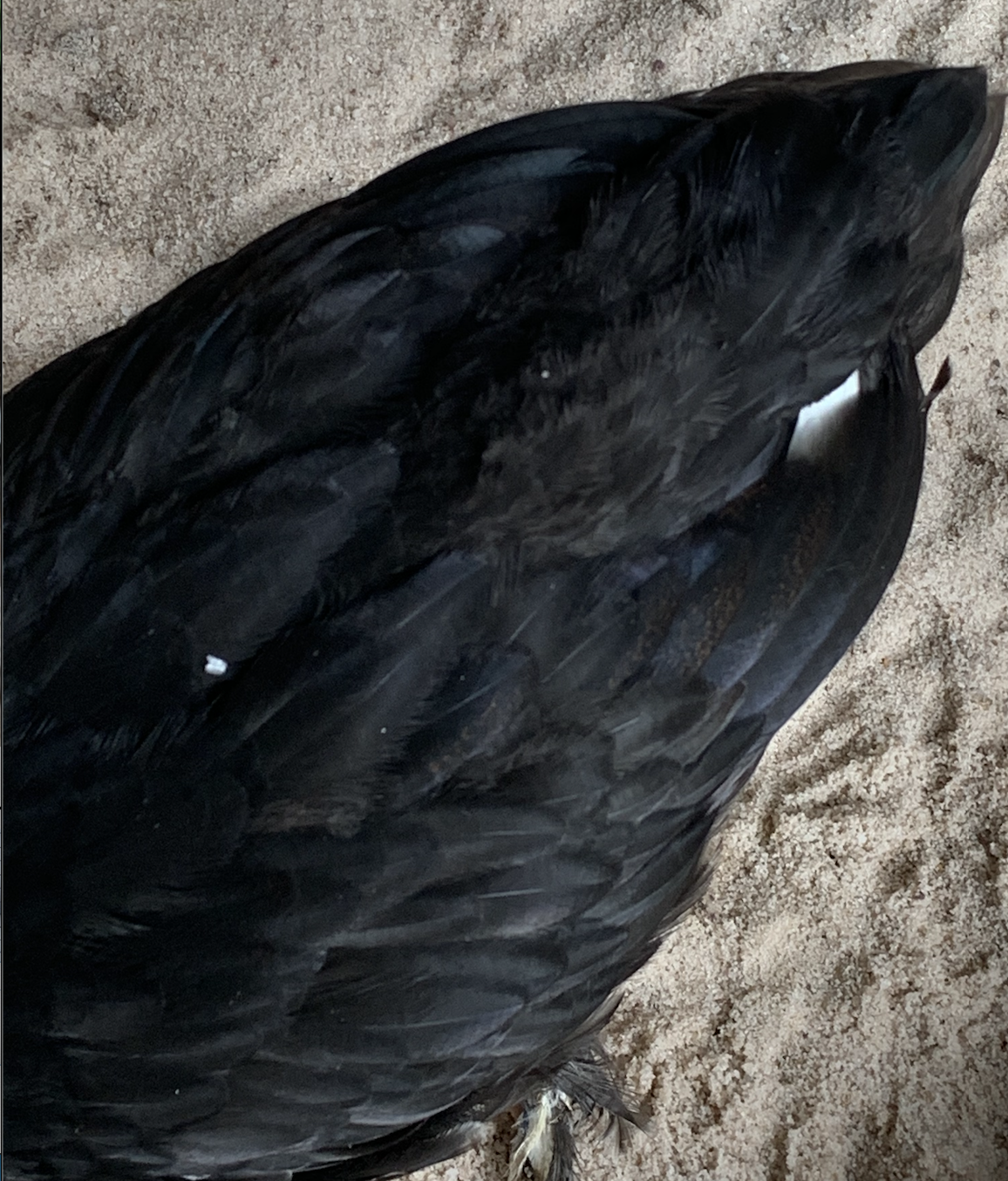 You can kinda see the faint gold bellow the white spot on the right. It is like gold speckles coming in on the wing feathers. This just began coming in this week 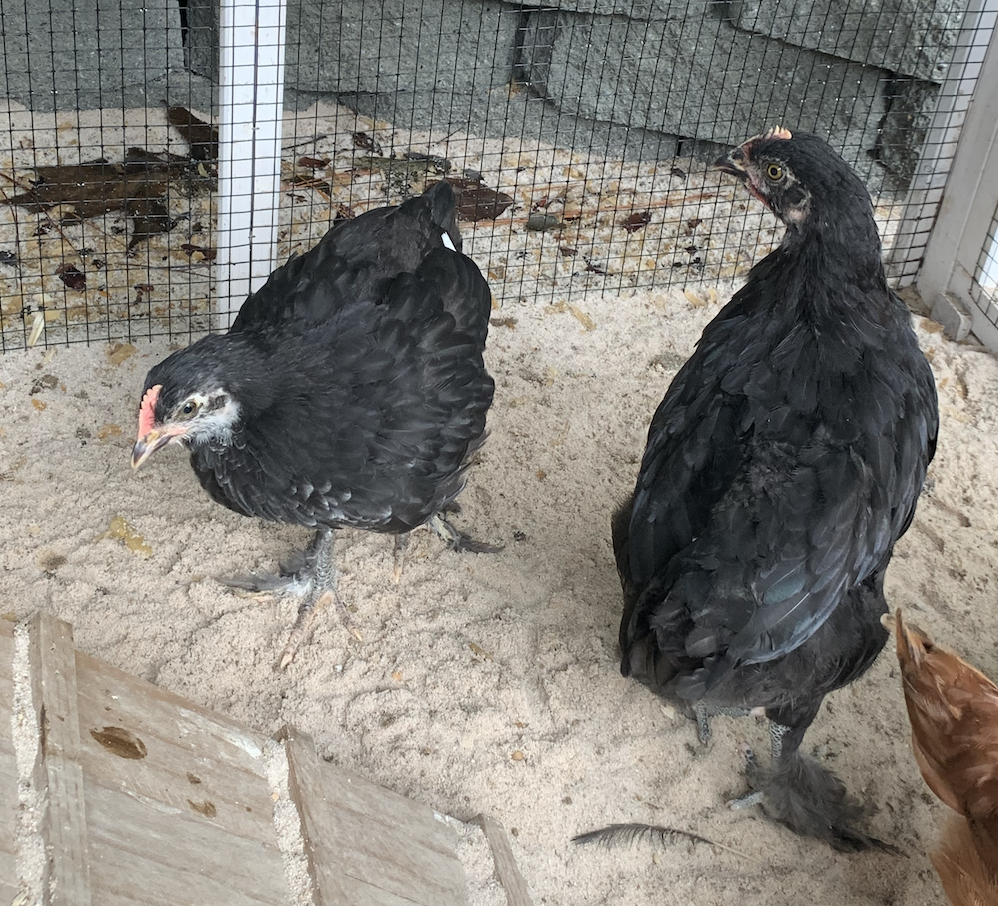 Sniffles on the right and Poppy on the left. You can see how much bigger Sniffles is. 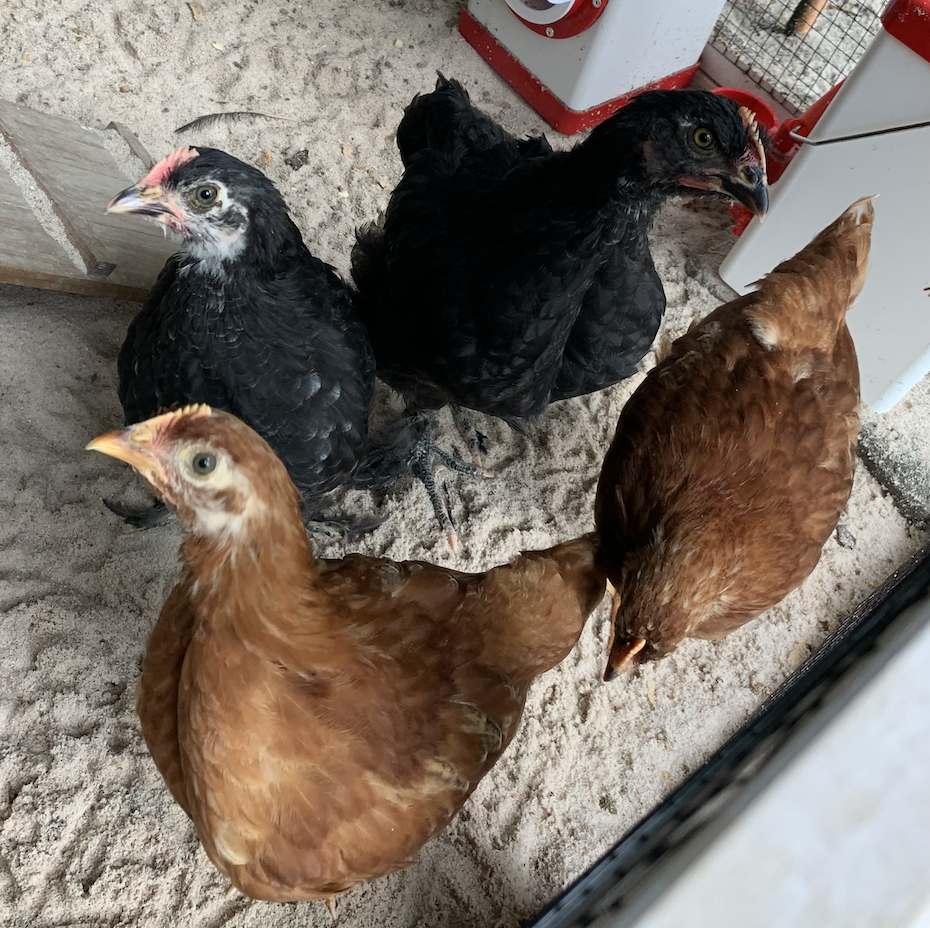 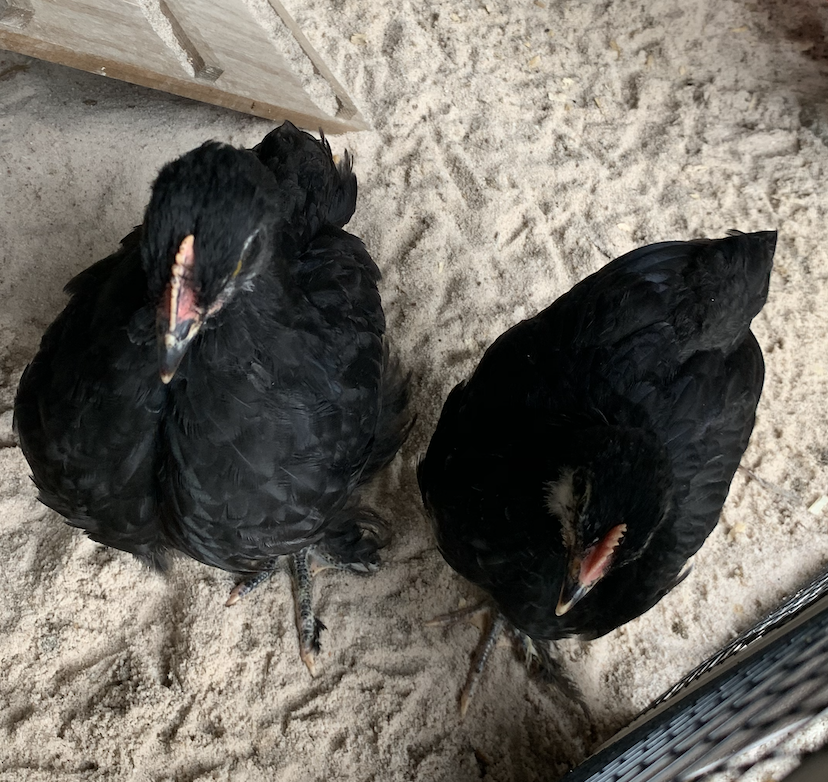 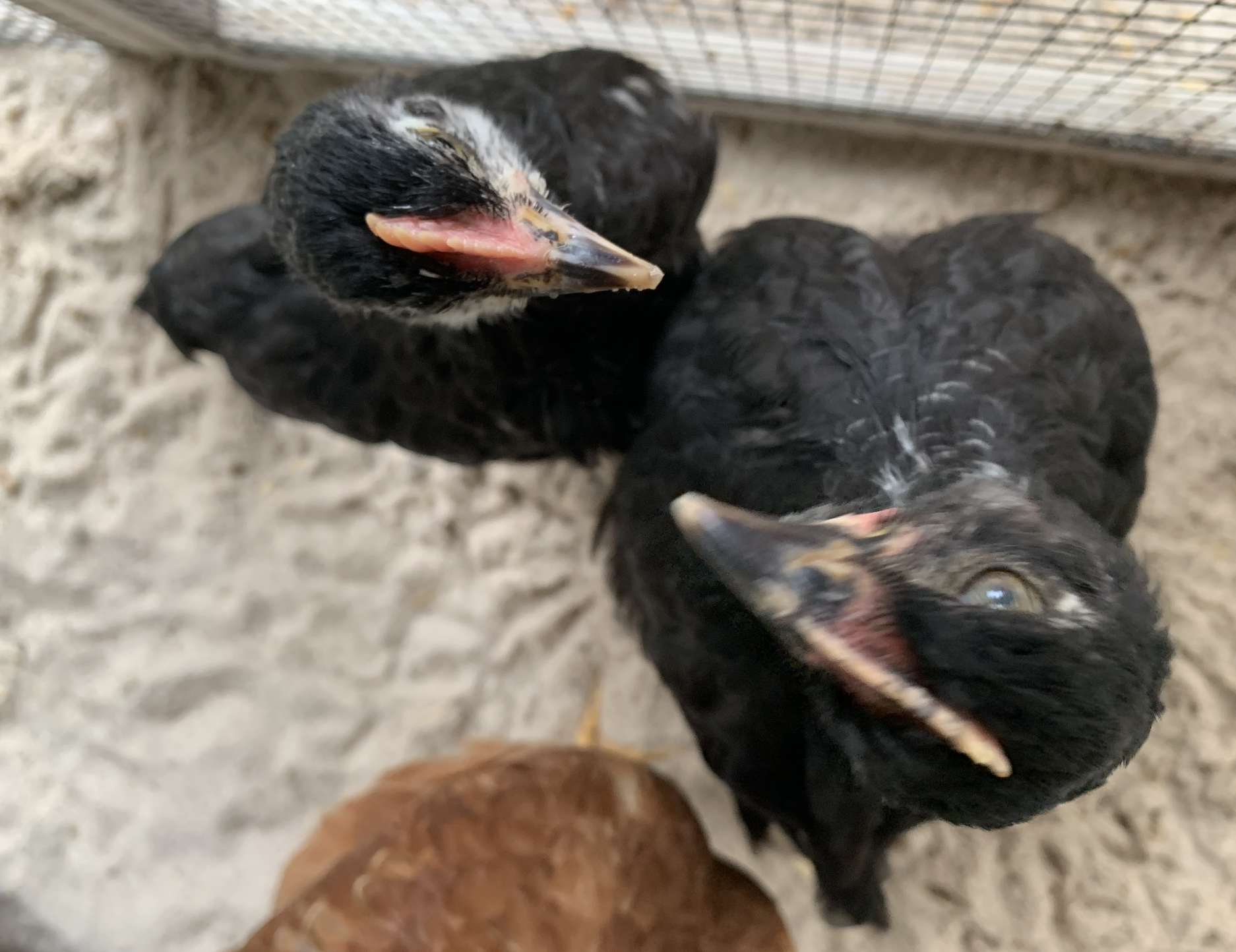 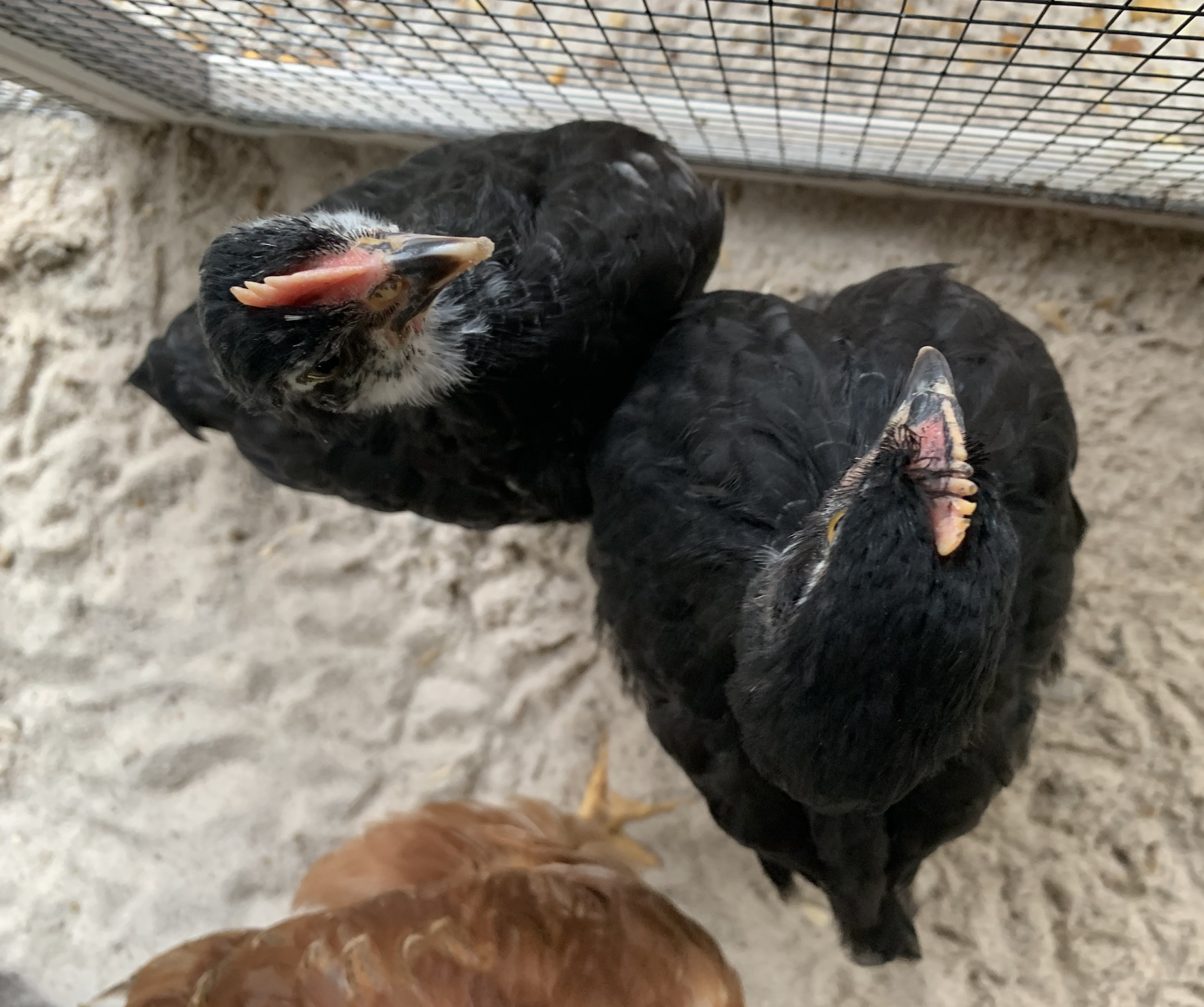 Some baby pictures of the two at around two and a half weeks-ish old: Also they did not always stay on the pink flower mat that was just for pictures. 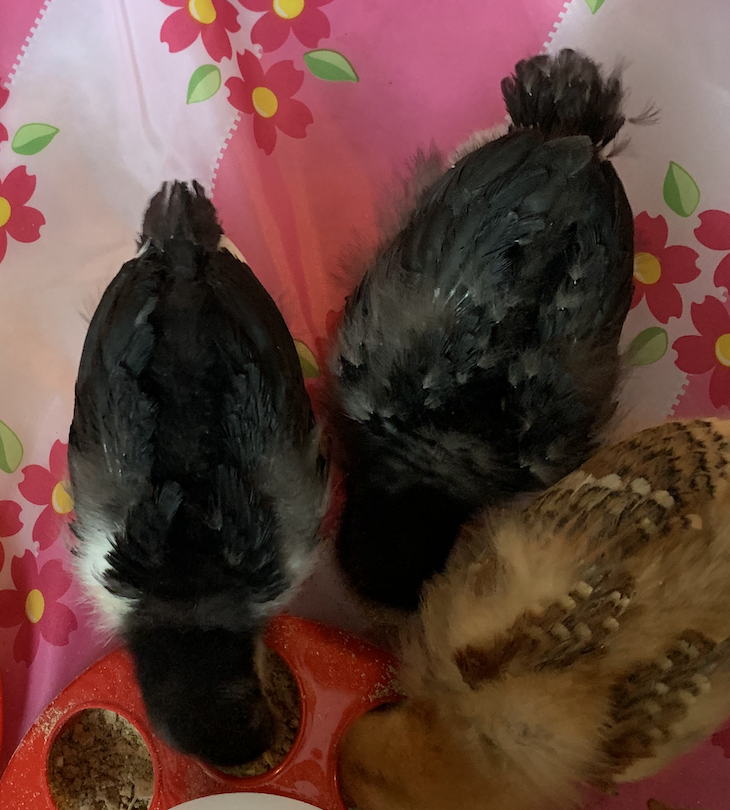 Sniffles is on the right and Poppy is on the left eating out of the feeder. You can see how much rounder and fluffier Sniffles tail and back feathers are compared to Poppys. 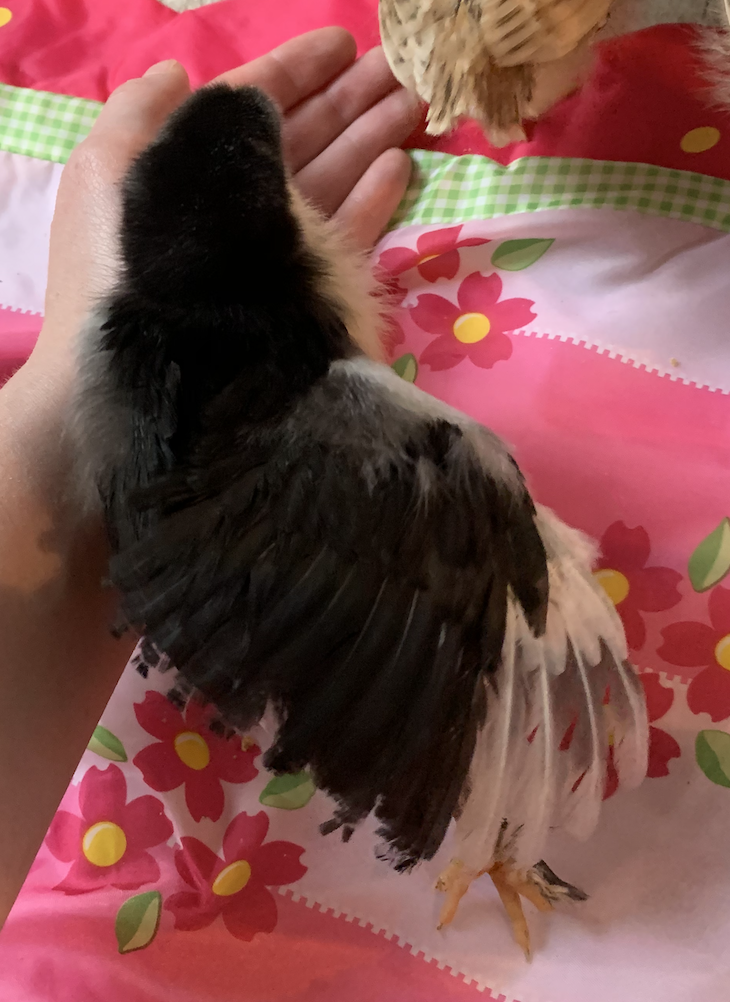 This is Poppy doing a wing stretch. Im not sure if anyone could use the feather information to help with sexing. 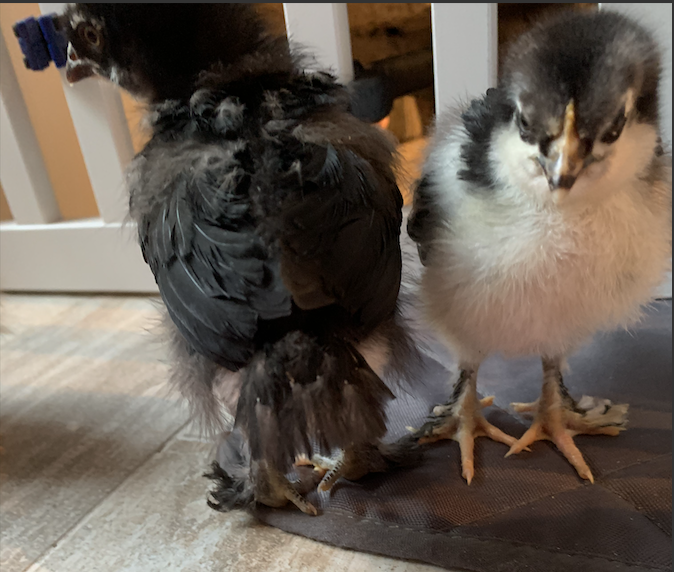 Sniffles on the Left facing backwards and Poppy on the right showing us his/her adorable little front. You can see here how Sniffles was bigger than Poppy as well as the state of how Sniffles feathers grew in which was different than Poppys. 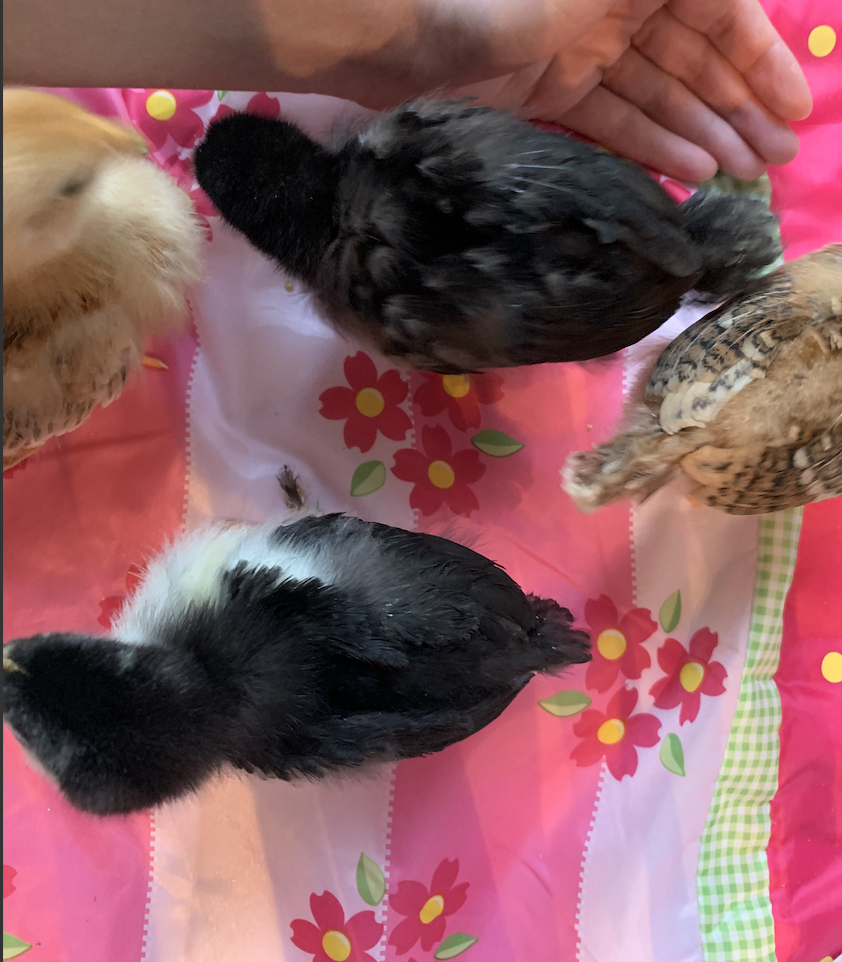 Another feather growth visual. Poppy on the bottom and Sniffles on the top. 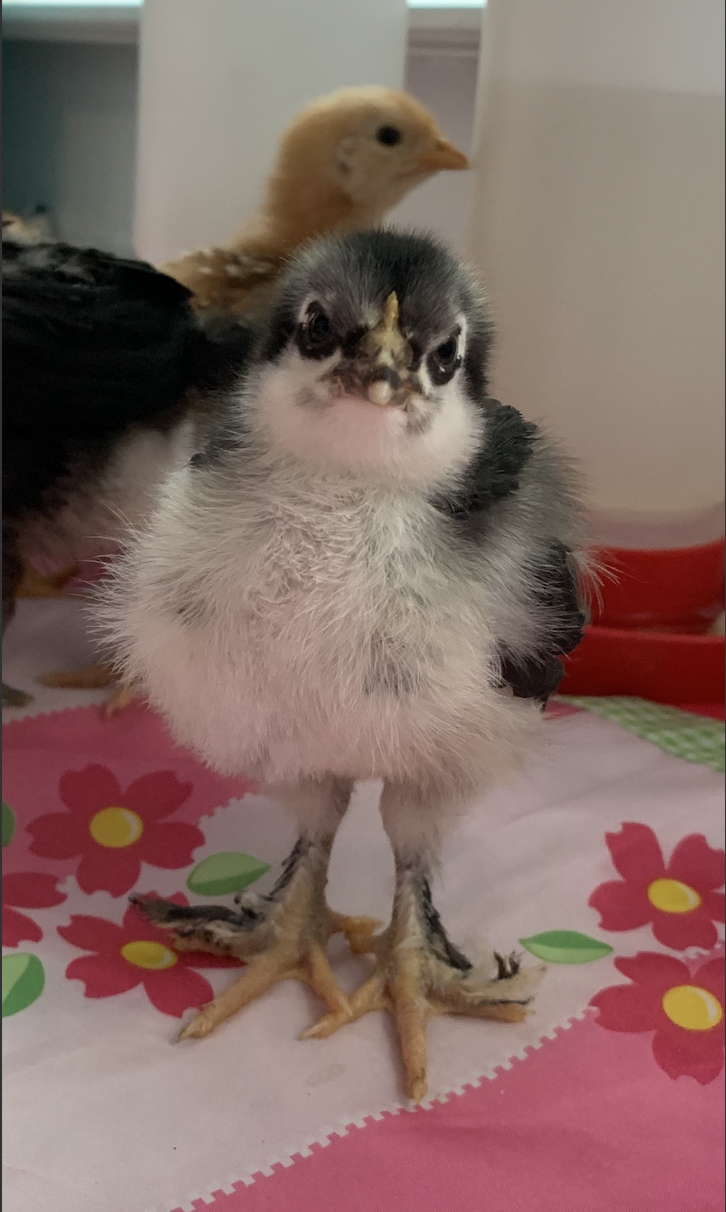 Just a cute Poppy picture because I couldn't resist.

Thank you everyone who can take the time to help me with this! I really appreciate it! Also the chicken were bought at my neighborhood feed and seed store so I did not hatch them and I do not know anything about their parents or if they are even related. The feed store said that they were sexed female with 90% accuracy but I just don't know they look so different! Thank you!

Poppy is a boy. Sniffles, not sure.
C

TheOddOneOut said:
Poppy is a boy. Sniffles, not sure.
Click to expand...

Thank you!! I didn't know which category to post this in so I posted in a few. haha! Keep the replies coming everyone I would LOVE to get as many opinions as possible! Thank you!

I've got a known maran roo and hen at that same age.... I think Poppy is a Popeye! (I named my polish chick Poppy, I love the name!)