I hatched 19 eggs on the 12th of April and am only certain that four of the nineteen are hens, which makes me both concerned for my laying population and uncertain of my ability to accurately sex the remaining fifteen teenagers! All birds are about seven weeks old today, and I am most confused about, and most eager to settle, the sex of the chick that is most attached to me. I know that chicks that are friendlier in early weeks tend to be roosters, but as we plan to eat the roosters out of this batch I am hoping that this one is a hen... here it is this morning - 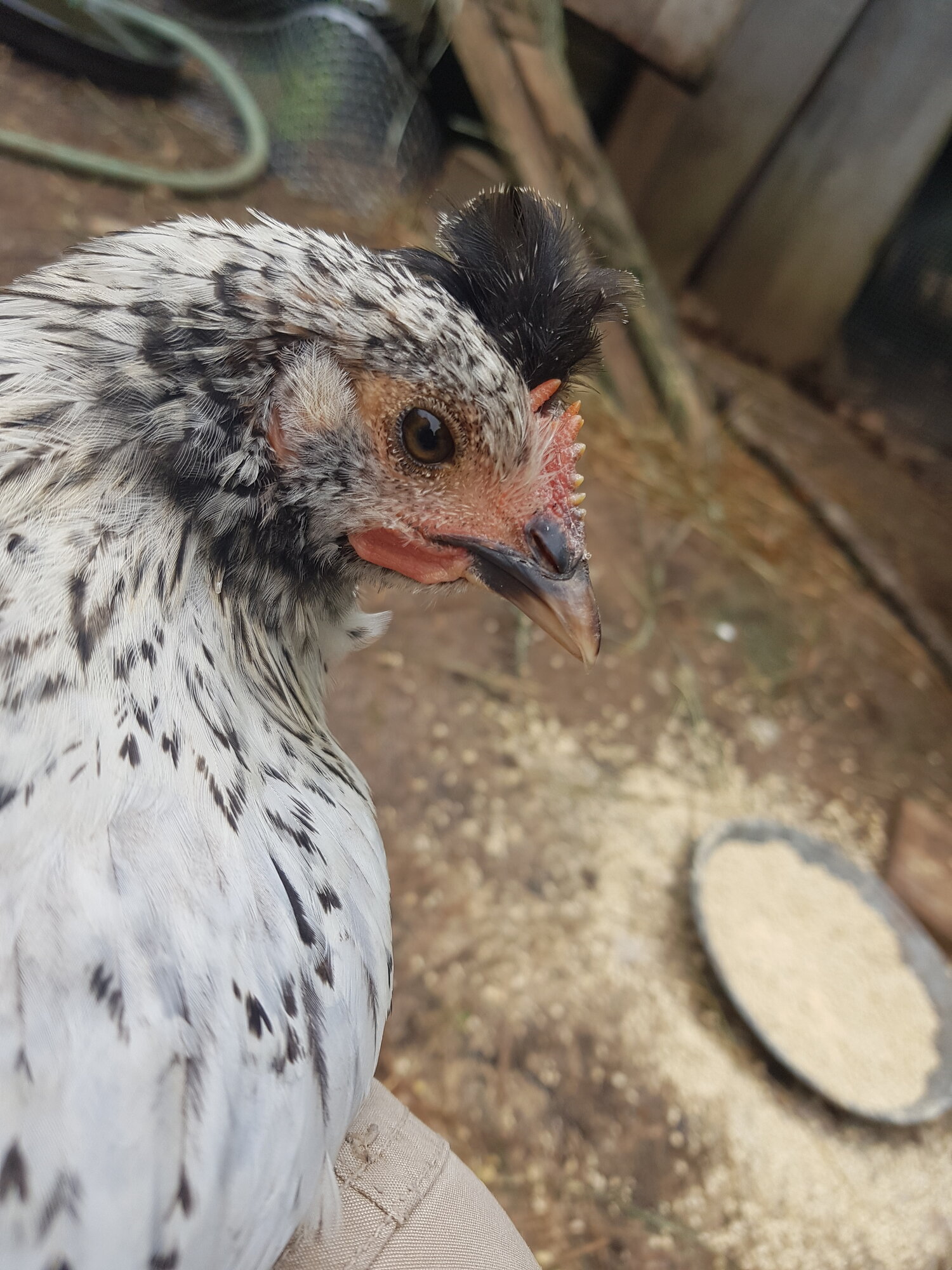 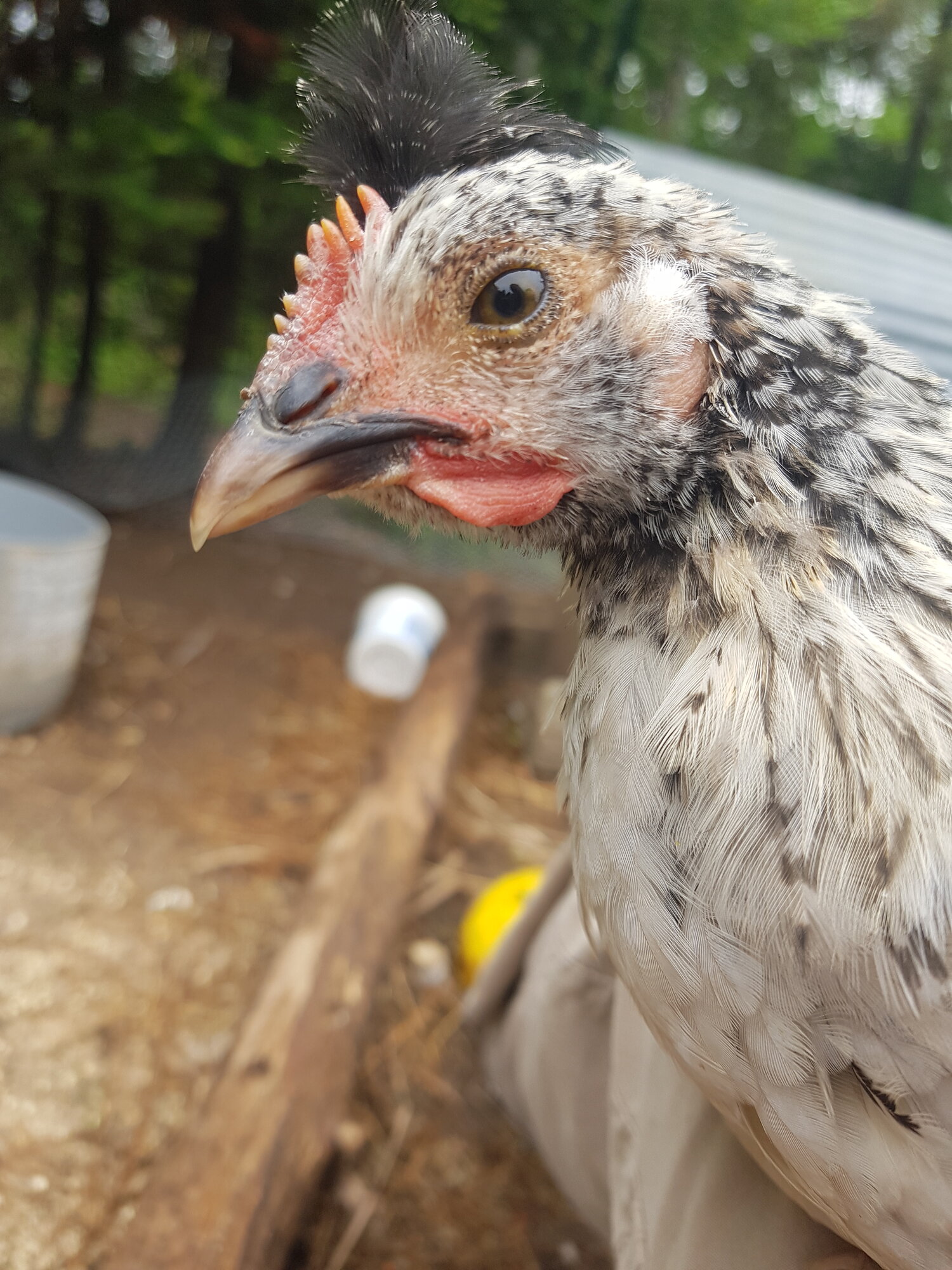 Just for context all of the birds grew pretty fast because I fed them boiled egg/bread mash for their first two and a half weeks, so they all feathered up pretty fast. Also, I got the eggs from a breeder of Appenzeller Spithaubens and Black Copper Marans, who also had a ton of Easter eggers in her wild flock, and I've heard male and female spitzes tend to feather up similarly in the early weeks. This was the same bird around two weeks ago, at slightly over a month: 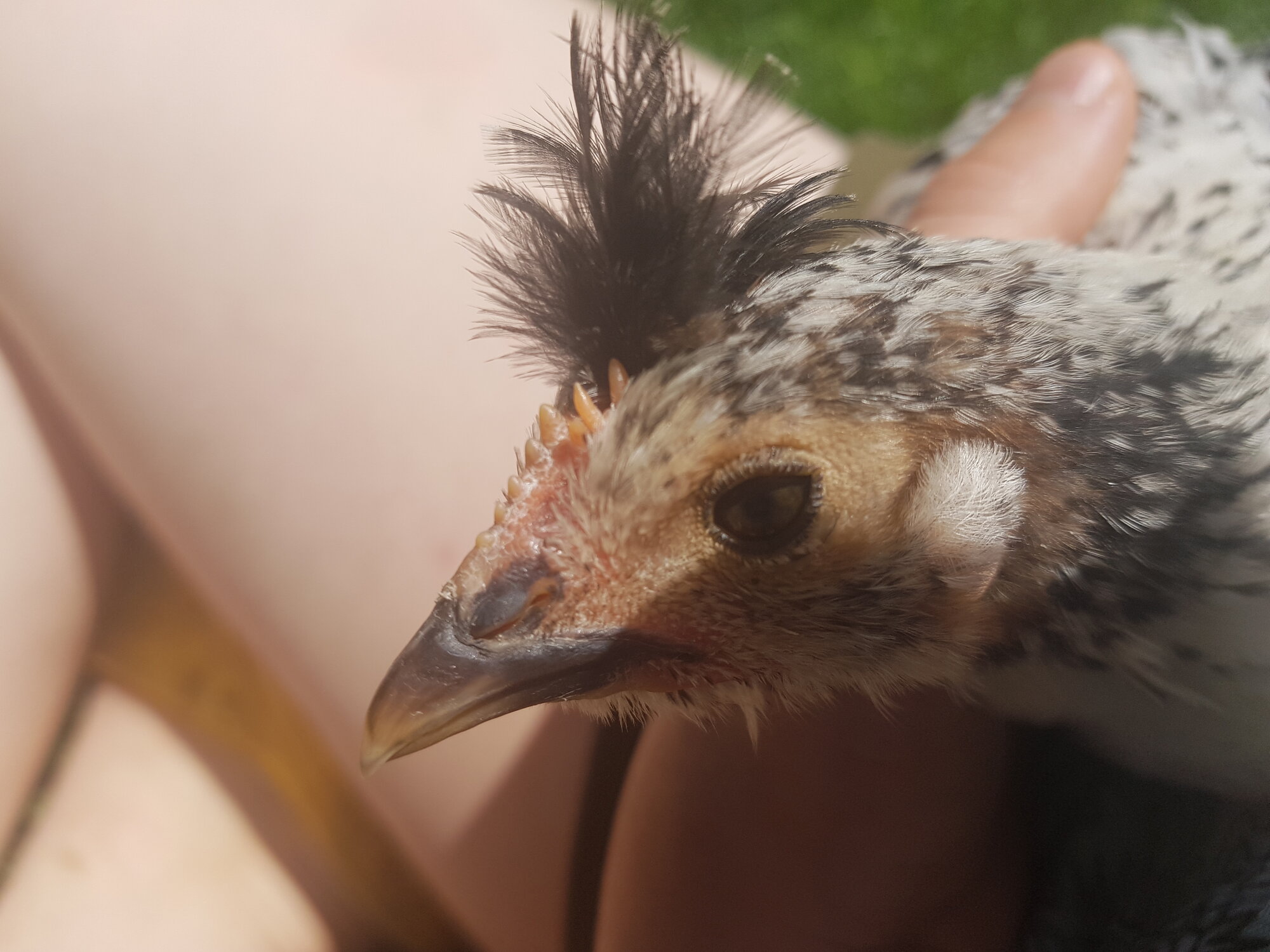 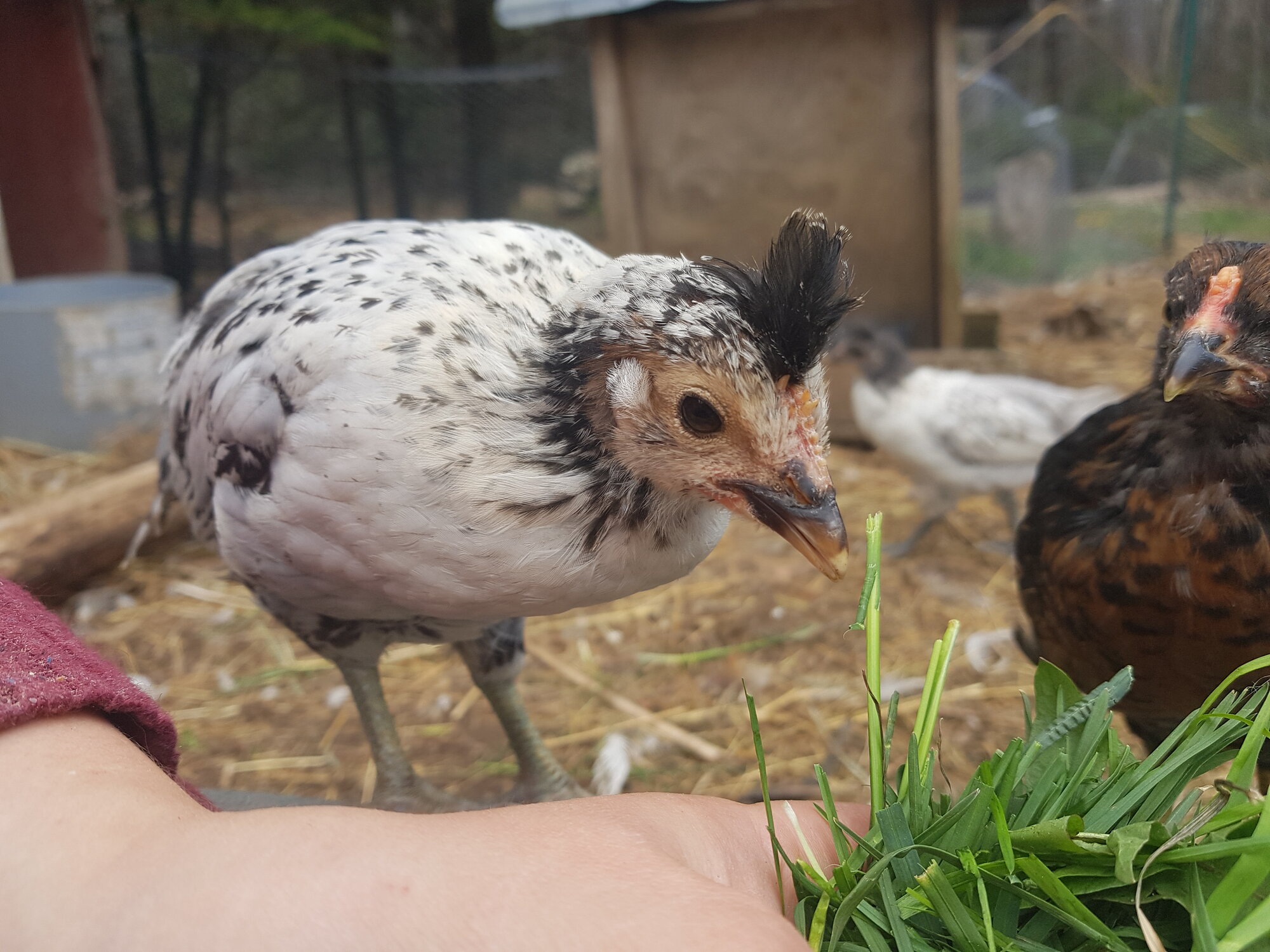 I would say a pullet? It has a really small vomb, but its bigger than my pure spitz hen. But that could also be vecause her vrest is smaller ao it shows more or bwcause she isnt a pure
O

Thank you so much for the perspective - and the hope!

B
Can anyone help at sexing my chicks??