My chicks are about 8 weeks old, and I feel like I should know for the most part now. I have 12 currently and hoping I will end up with about 9 hens so I have space to get more next spring. One rooster has been identified for sure so I am down to 11. Here are four that I'm wondering about
Chick 1: Cochin Bantam, bought straight run 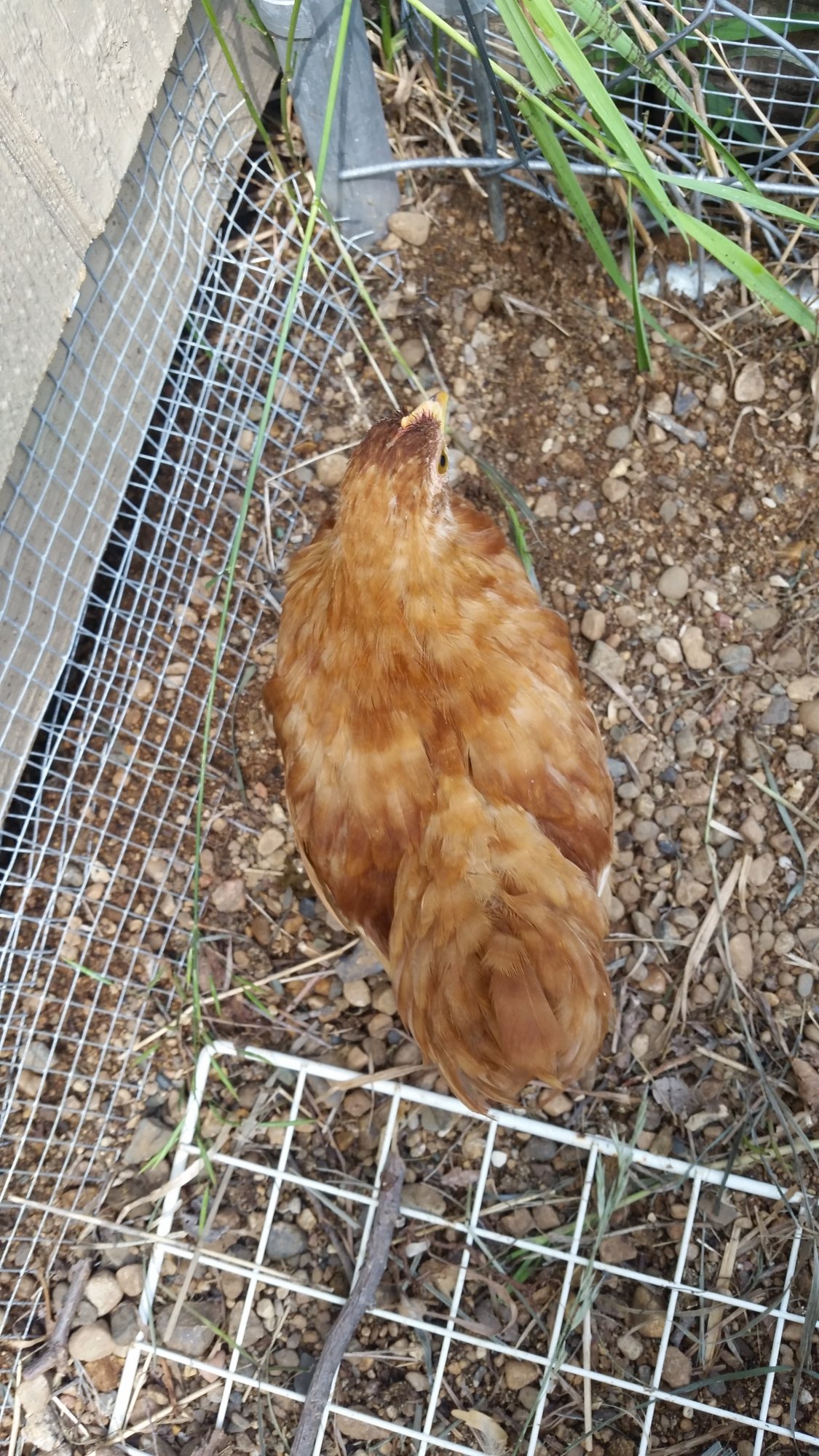 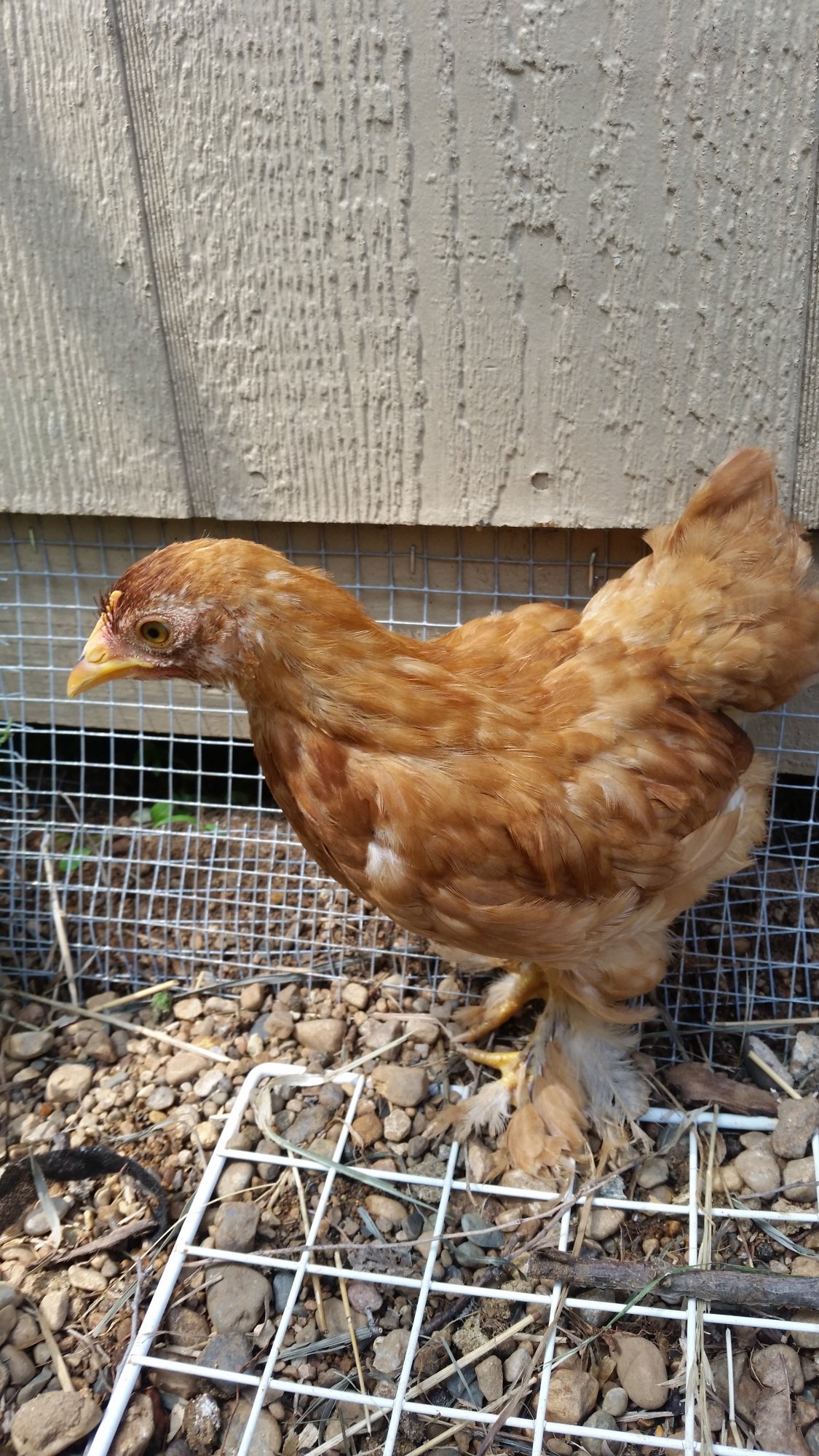 Chick #2: Asian Black, bought straight run. It was the first one to get really big so we thought rooster for sure, but there was hardly comb development. 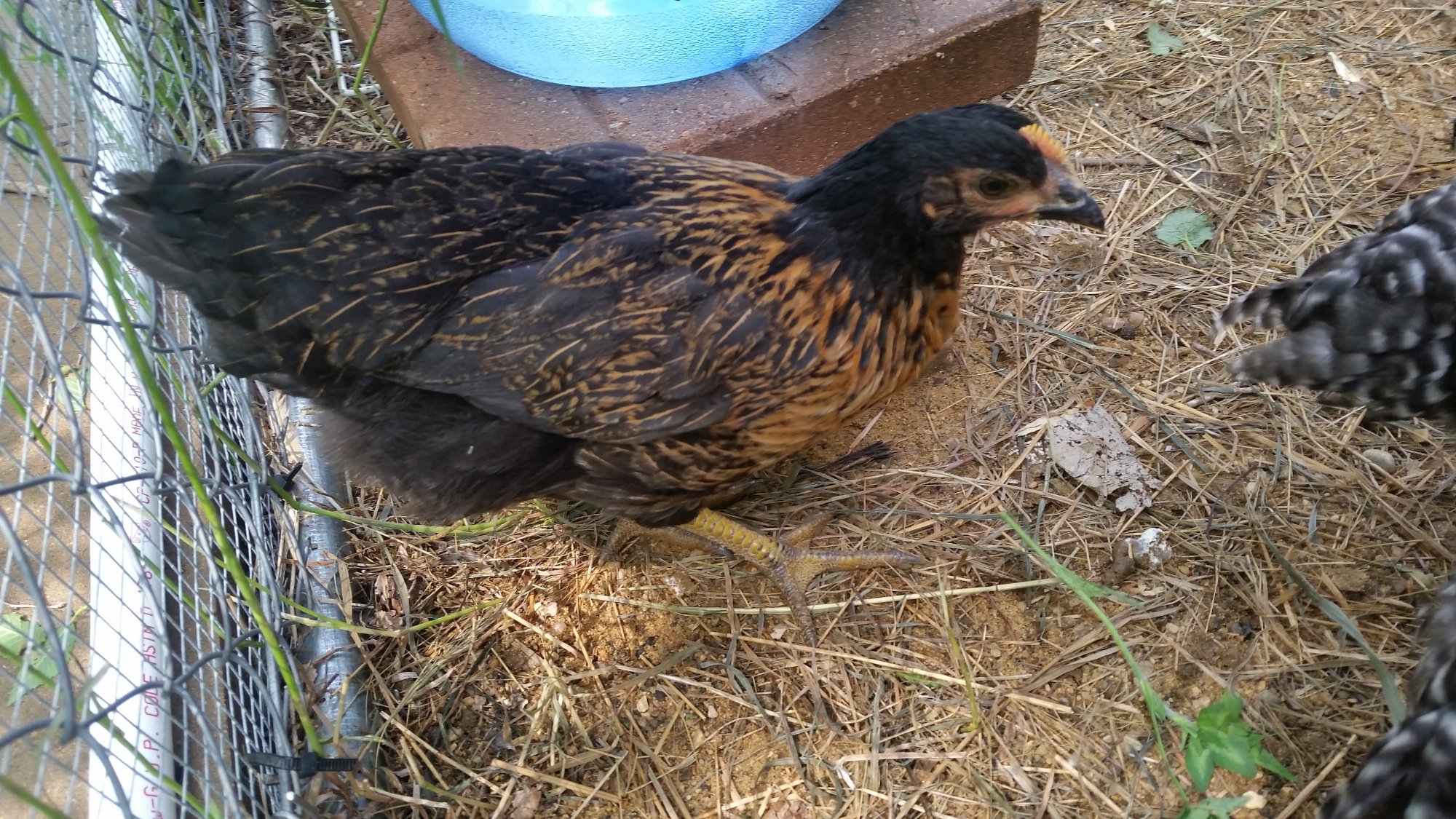 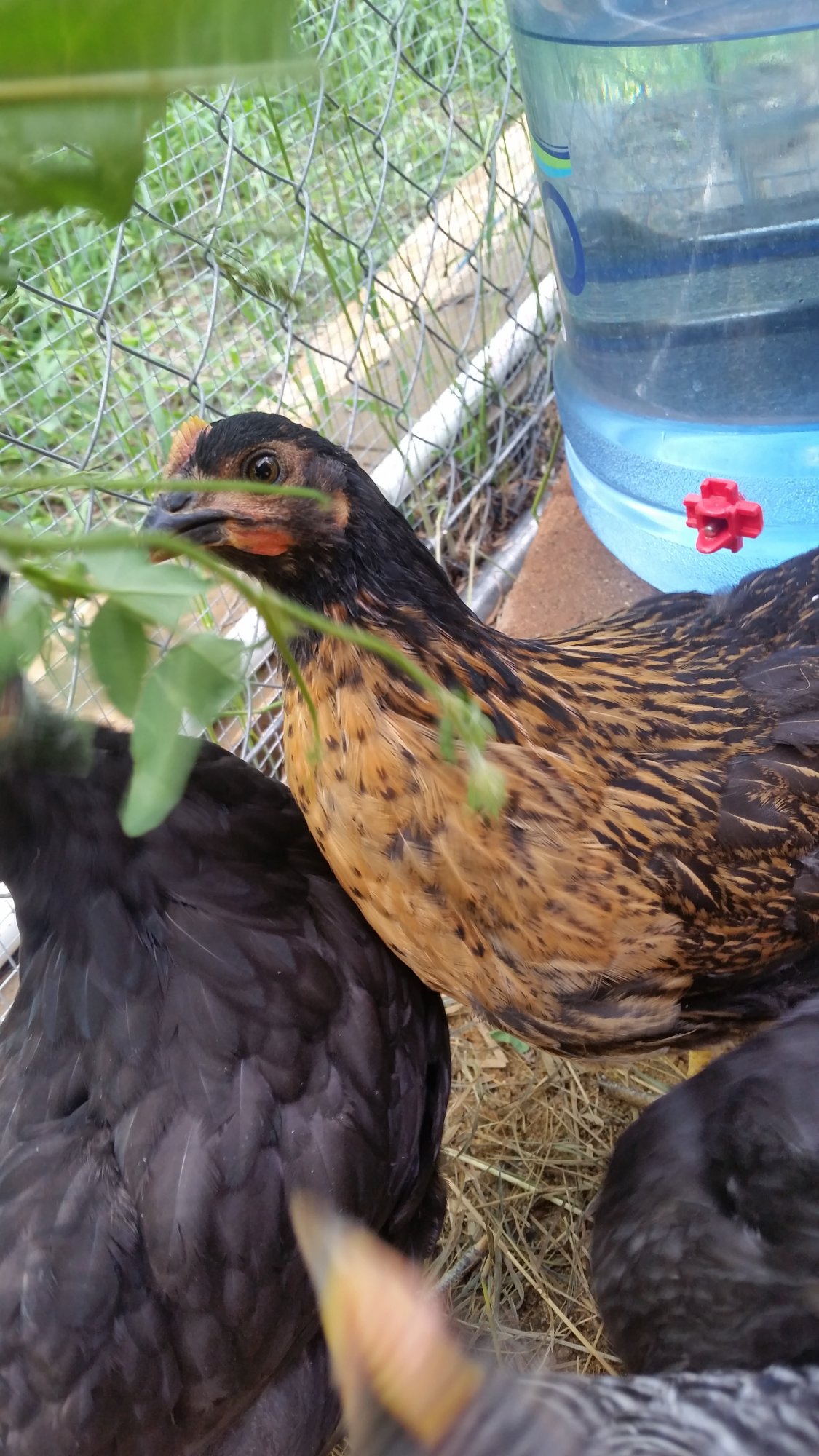 Chick #3: Light Brown Leghorn is what we think it is, bought straight run. 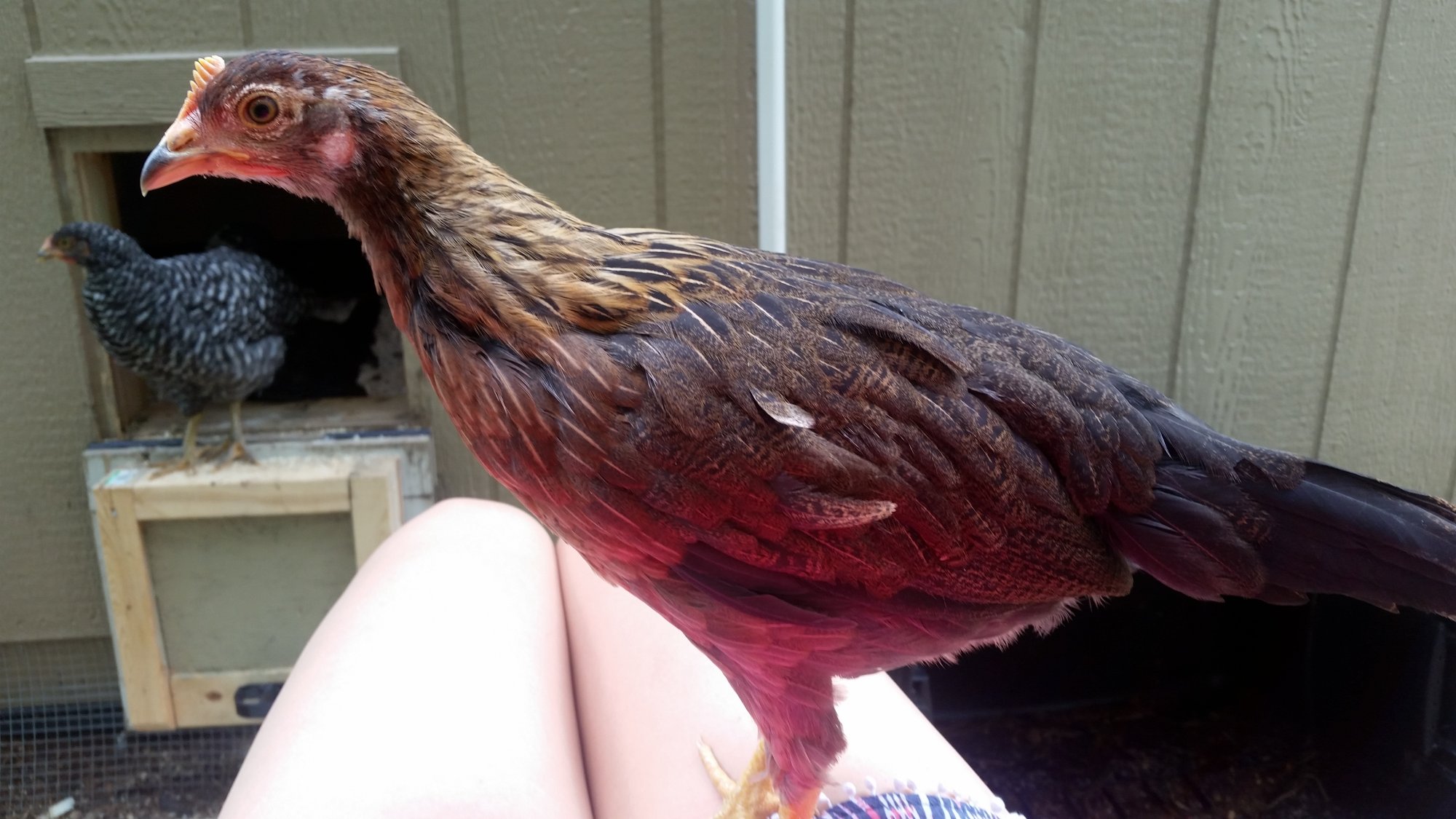 Lastly chick #4. Buff orpington, bought as pullets, but with the occasional inaccuracy I thought it might be possibly a rooster because it's developed further than the other. 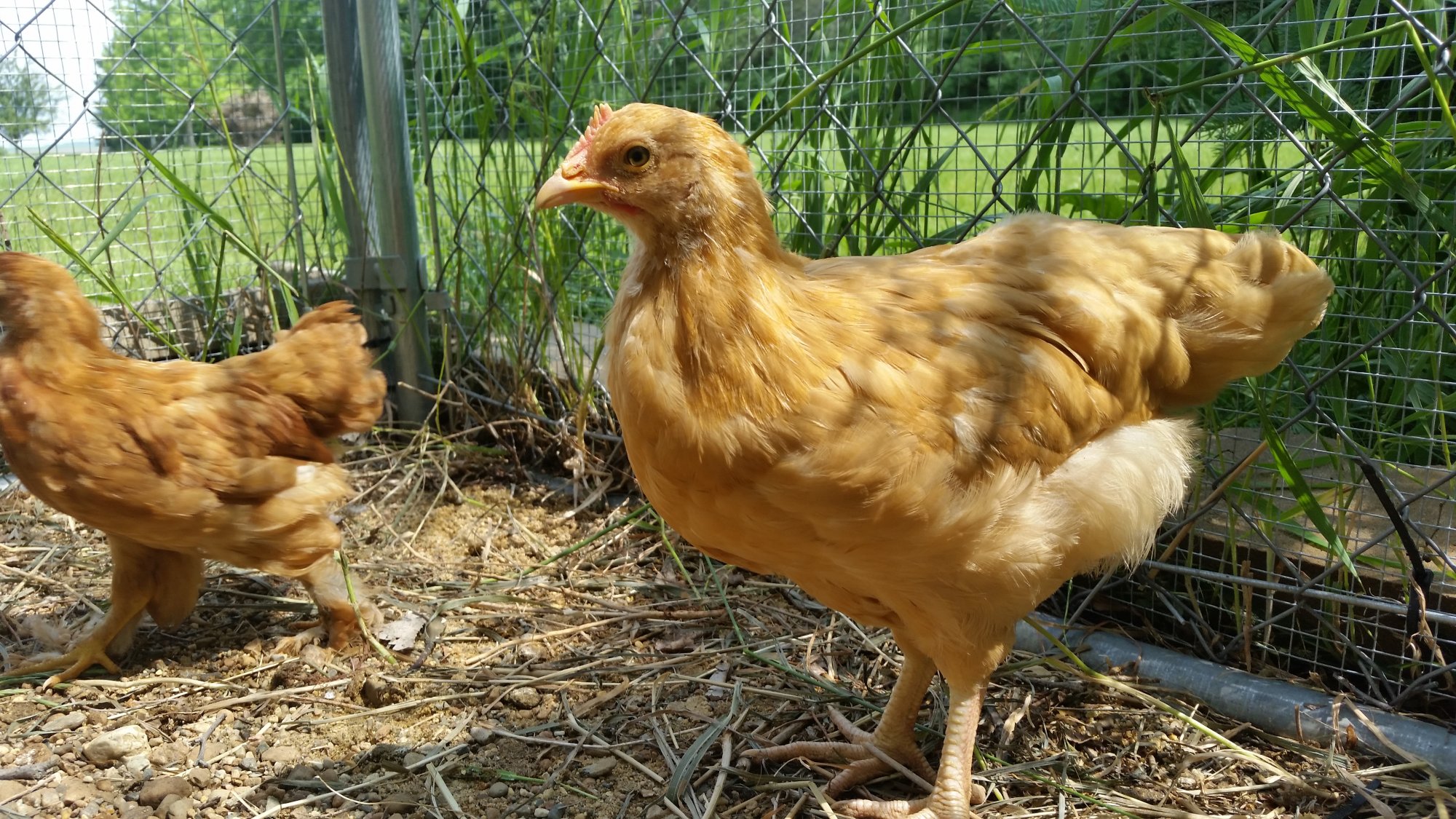 Thanks for the help!

all of them are pullets

Another pic of the buff in front of the for-sure pullet. 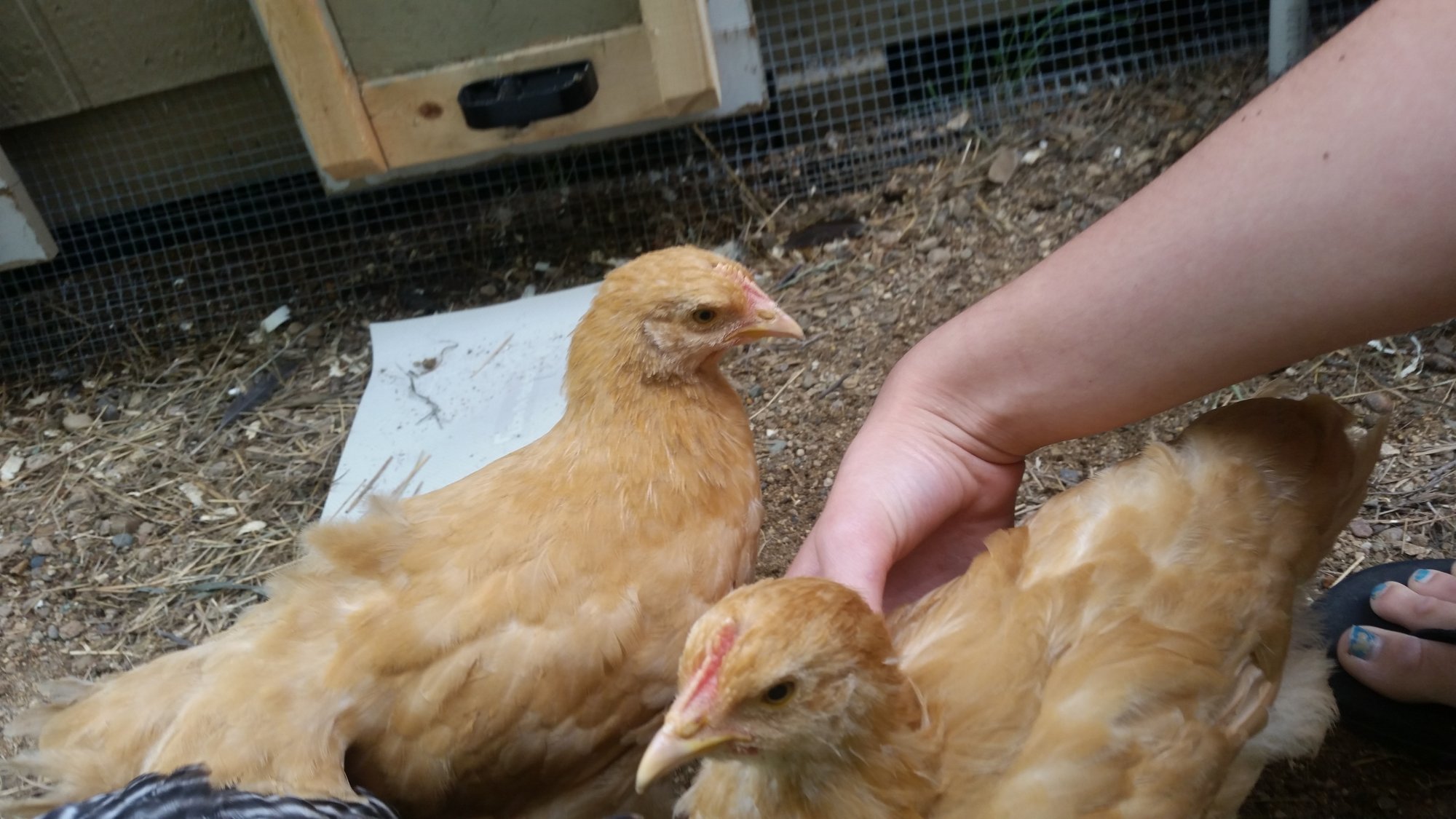 its a pullet, the saddle feathers are not pointed like a rooster's would be

Poultrybreeder said:
all of them are pullets
Click to expand...

Poultrybreeder said:
its a pullet, the saddle feathers are not pointed like a rooster's would be
Click to expand...

FWUW, saddle and hackle feathers do not develop the male/female differentiation at this early stage. Cockerels develop the pointy shiny feathering during one of the juvenile molts around 12-14 weeks

I have a question about chick development. This is my first time with hatched eggs. I raised chicks but after they were sexed. I have not sexed my chicks, but I have noticed some developmental differences. I have three different breeds of chick. The chicks are almost two weeks old. Three chicks have an exposed comb whereas the others are barely visible. Does this mean anything. Then another chick, the wing feathers appear to form a straight edge/same length compared to the other two of the same breed have a classic pointed wing shape. Again, does this indicate anything?

It really depends on the breed, some develop really slowly, some not so much

Poultrybreeder said:
It really depends on the breed, some develop really slowly, some not so much
Click to expand...

How about Road Island Reds? Anyone have development pictures I can compare?

how old to tell for sure bird's gender
2