Is there a way to sex wyandotte chicks easily, like barred rocks? Or are they usually a breed you wait for their saddle feathers and combs to fully come in? I have four 6 week old Wyandottes, and am feeling like one is a cockeral. He/she is a lot bigger than than the other 3, and very outgoing like my BR cockeral is. He/she also has a bigger comb than the rest, but it's pink, and not real red (yet).

Here is the chick in question: 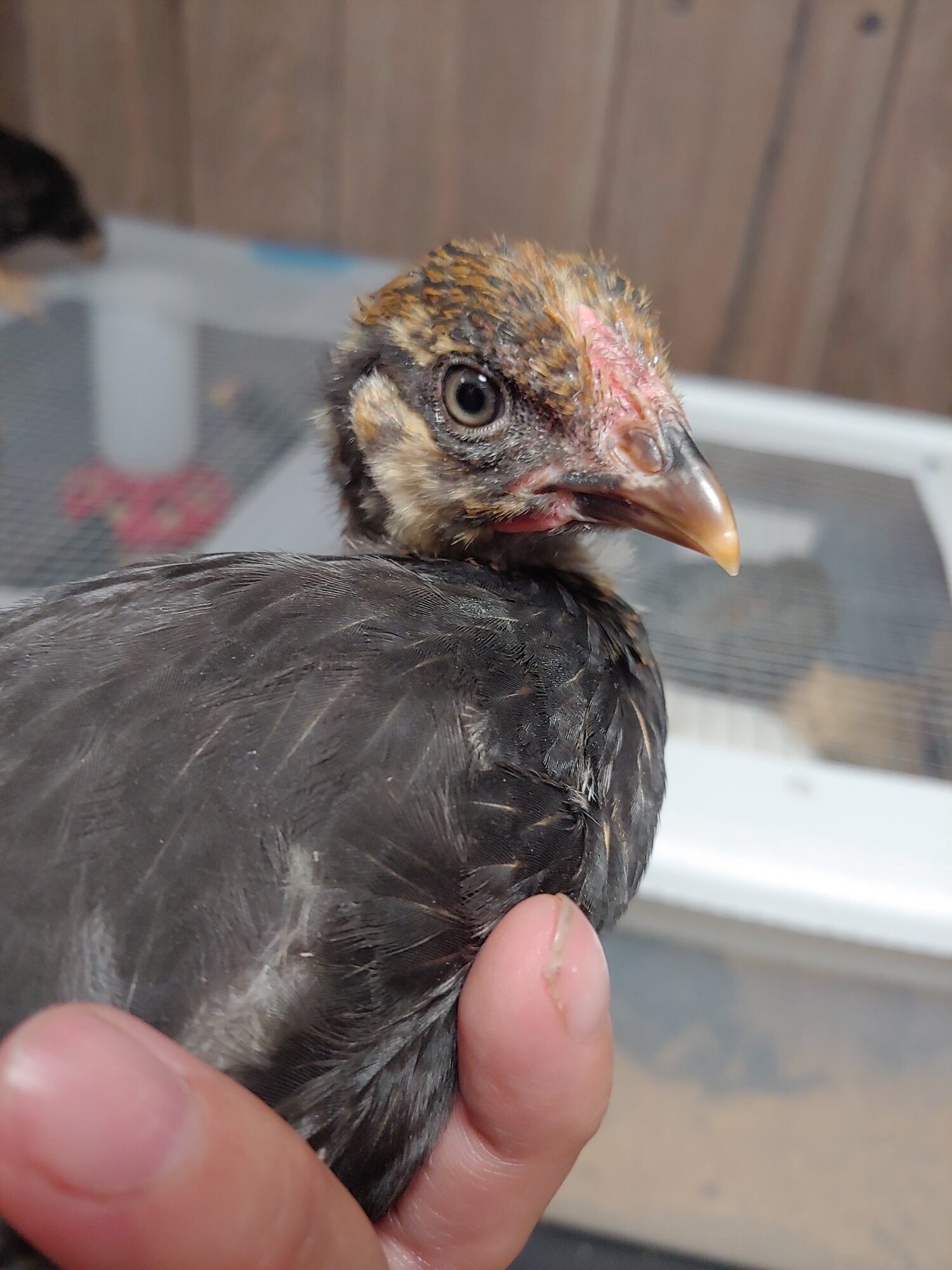 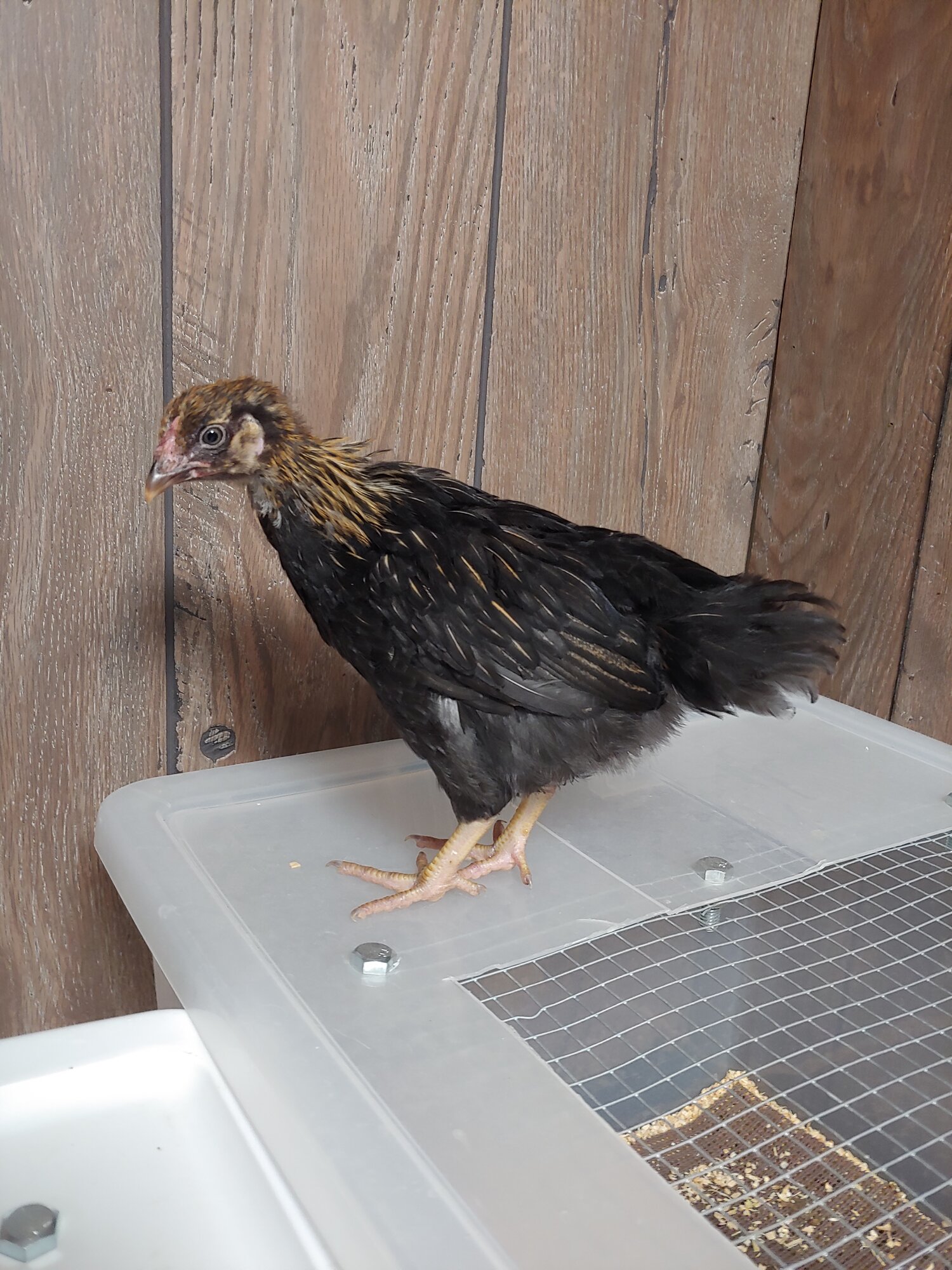 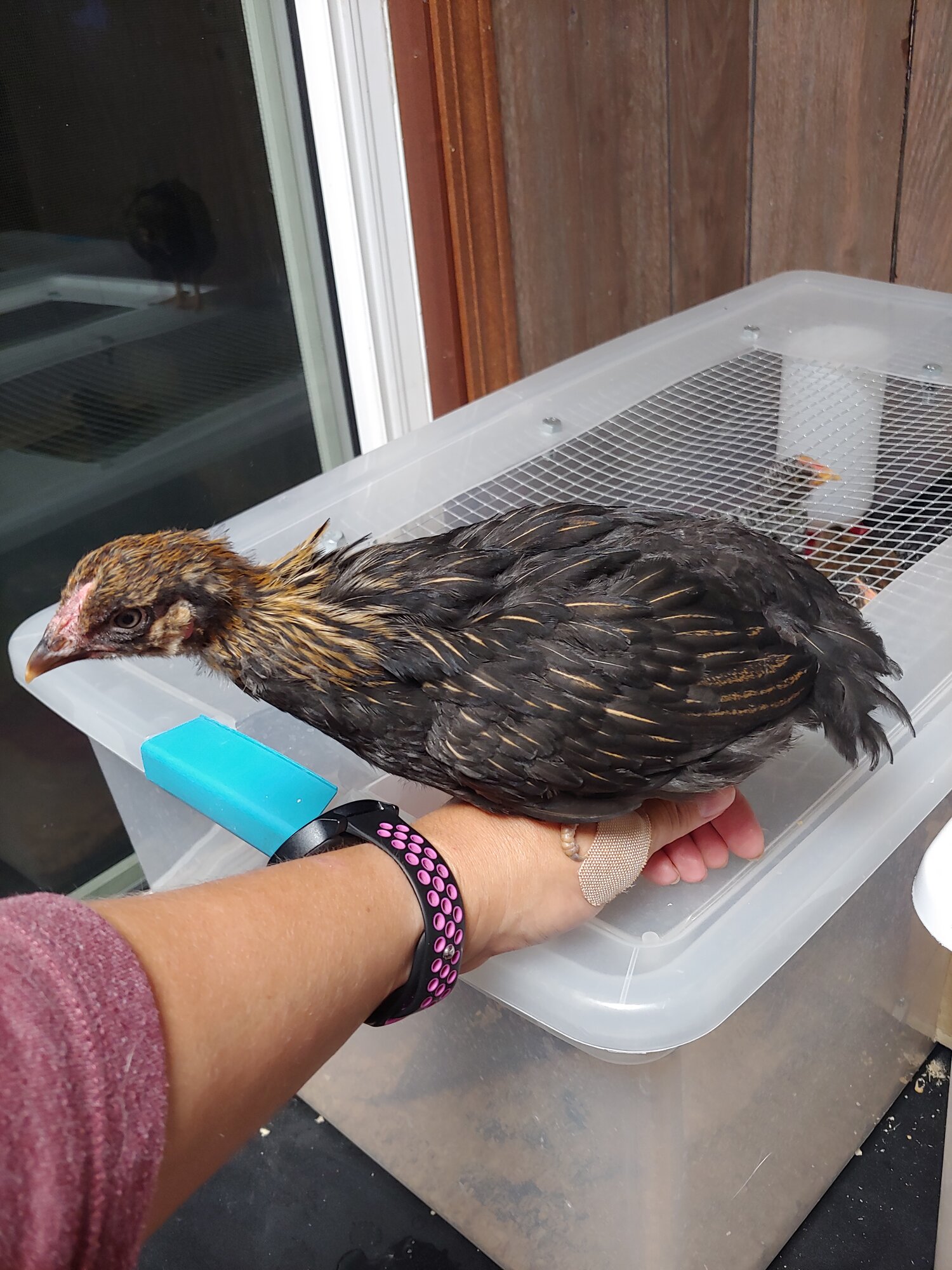 Here is a picture of a for sure female in the back and he/she in front: 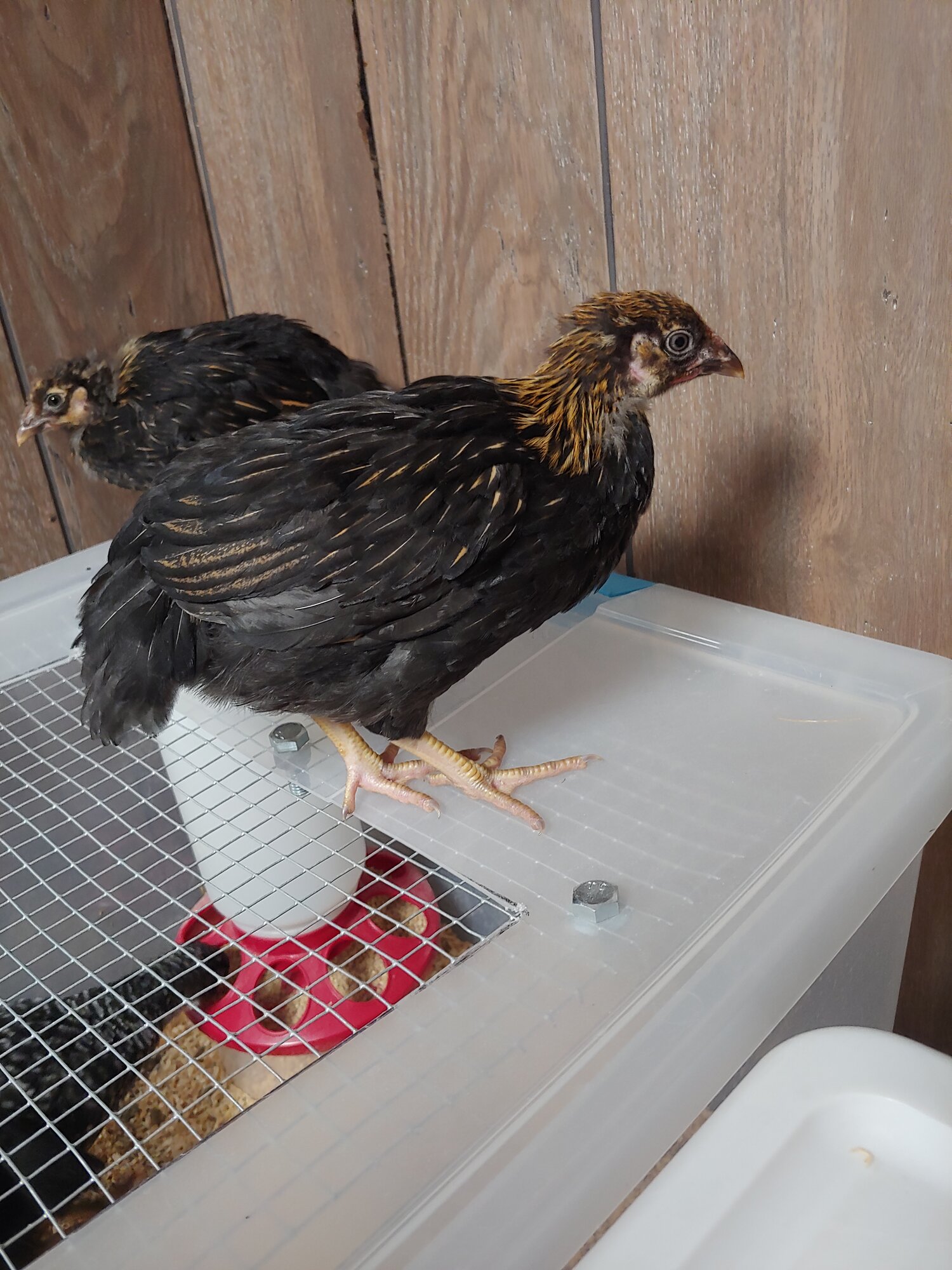 One of the pullets: 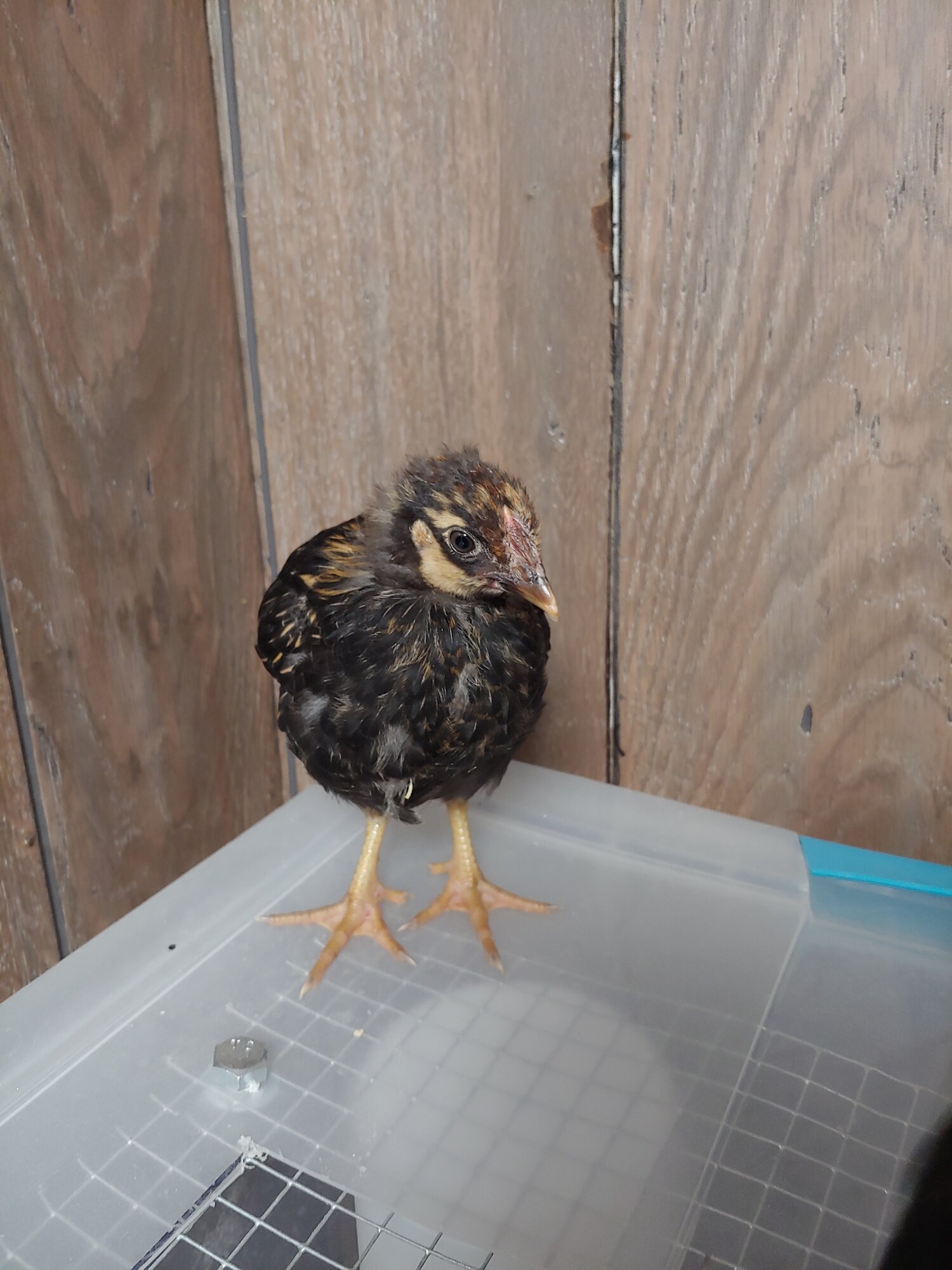 Comb growth is the earliest indicator.

My two Golden Laced Wyandottes have shown a lot of color in their emerging combs since early on, but at 14 weeks they are showing no signs of being cockerels.

I’m no expert but I still think it’s too early to know one way or another.

At 6 weeks old, there is a lot of red in the wattles and comb. So, there is a strong likelihood of that one being a boy. The saddle and hackle feathers will still take some time to become evident.

I have four glw pullets who had very red combs by the time they were around 5 or 6 weeks, so I'm not sure one way or the other.

It is true the Wyandottes seem to color up earlier than some other breeds, but if yours is a male, then there should be an obvious difference between all the females and the one in question. If only a small difference, it could be an earlier maturing female.

This year we got 4 straight run GLW. They are now 16 weeks old. Two of them are male (those gold and long saddle feathers don't lie). Here are pictures of all four at 5.5 weeks old. Clearly a male on the right, and the other male is standing upright in the middle (notice the more developed wattles). The female on the left has color, but it more pale, and wattles are non-existent, as compared to the two males. The one whose comb and wattles you cannot see has even less color and development than the female on the right. 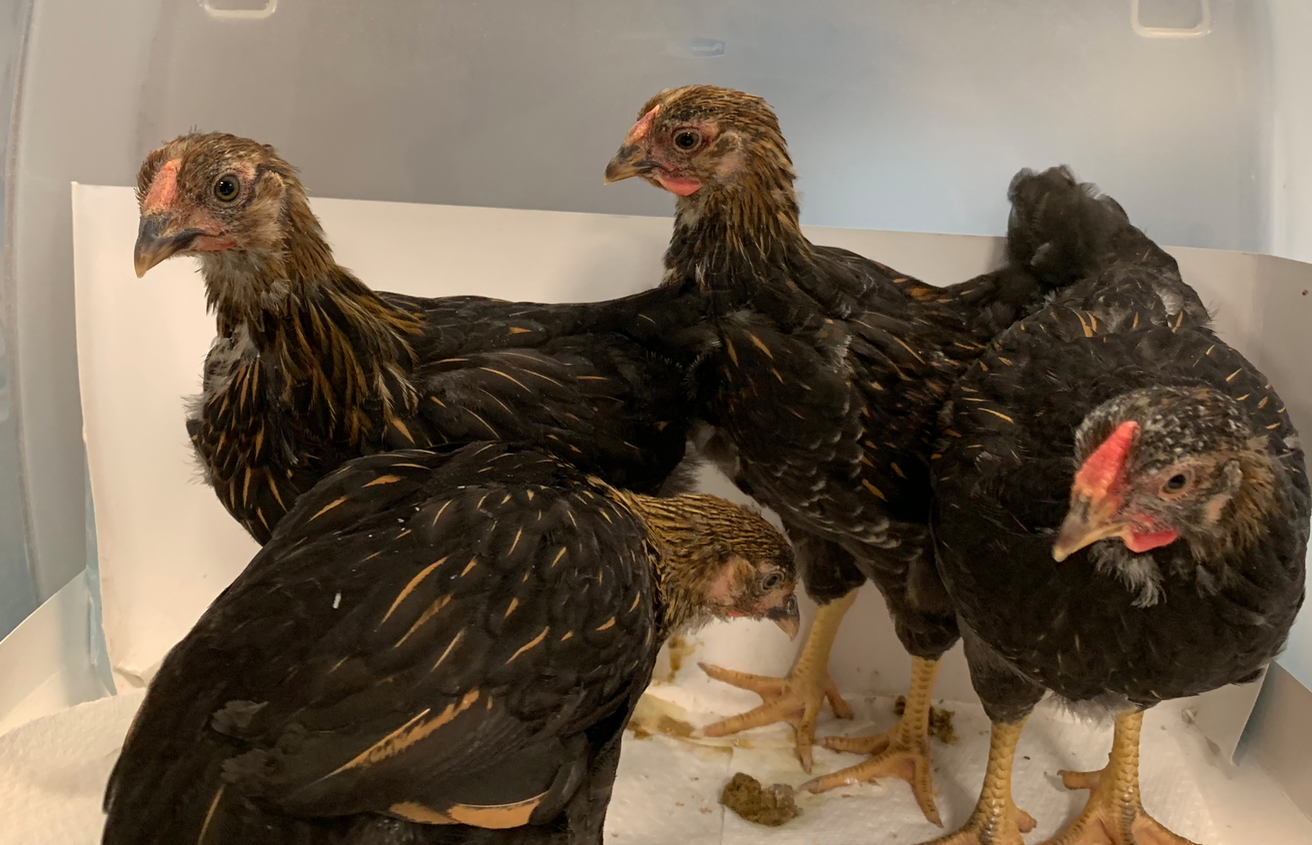 Here’s another comparison of a 7 week Wyandotte pullet. I thought for sure she was going to be a rooster until the pink just never turned red. Good news is golden laced don’t keep you guessing for too long. Thee are distinct pattern differences between pullet and cockerel so give it a couple weeks to be able to tell the difference. 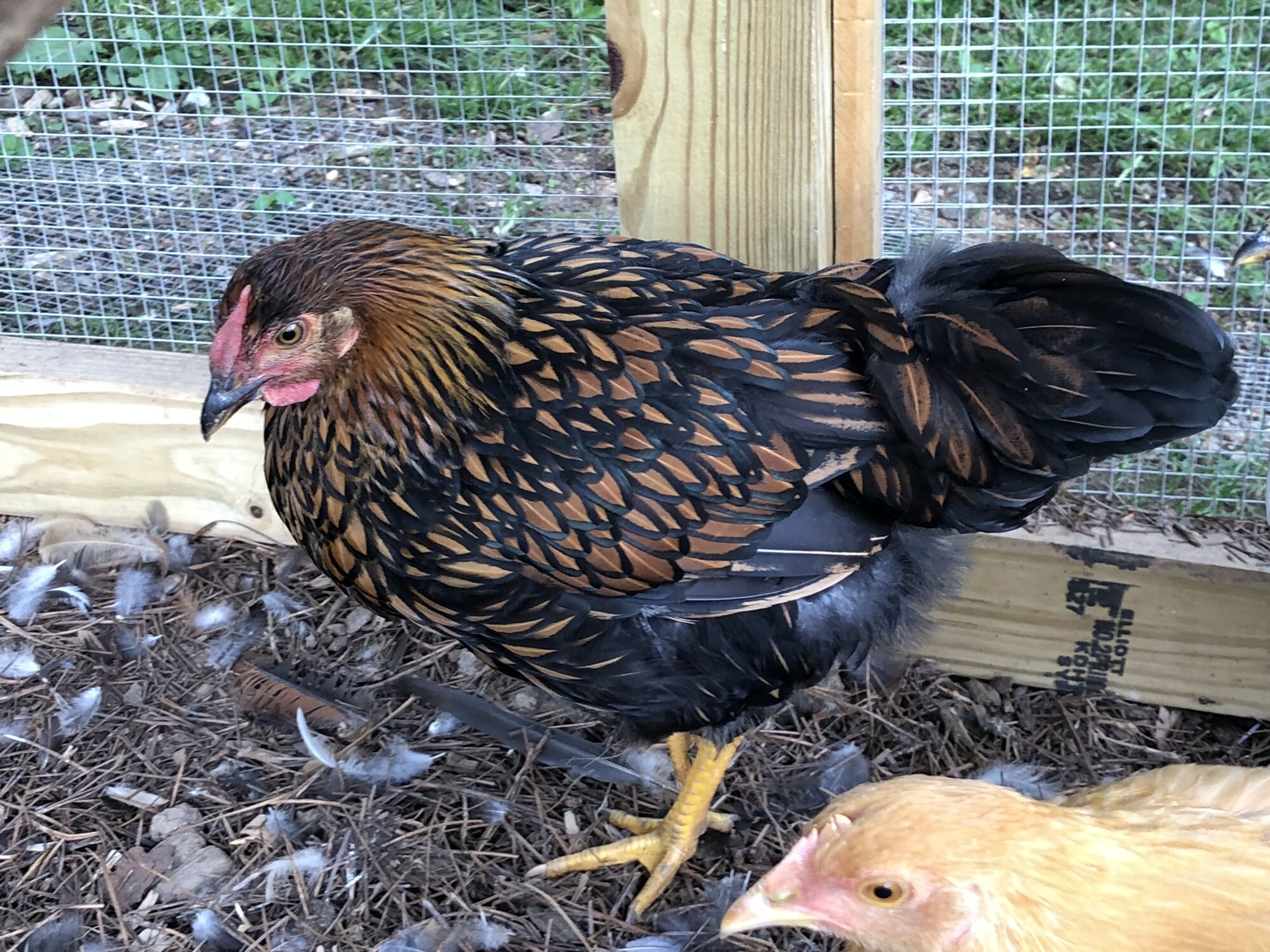 Here’s one of my 16 week old GLWs. Both have been showing a lot color from early on. If you search images, you’ll see very colorful hens.