Coming in the coop door to join you. I found my roo inside the coop, so he had his picture taken for tax. Here he is just before letting out a crow. 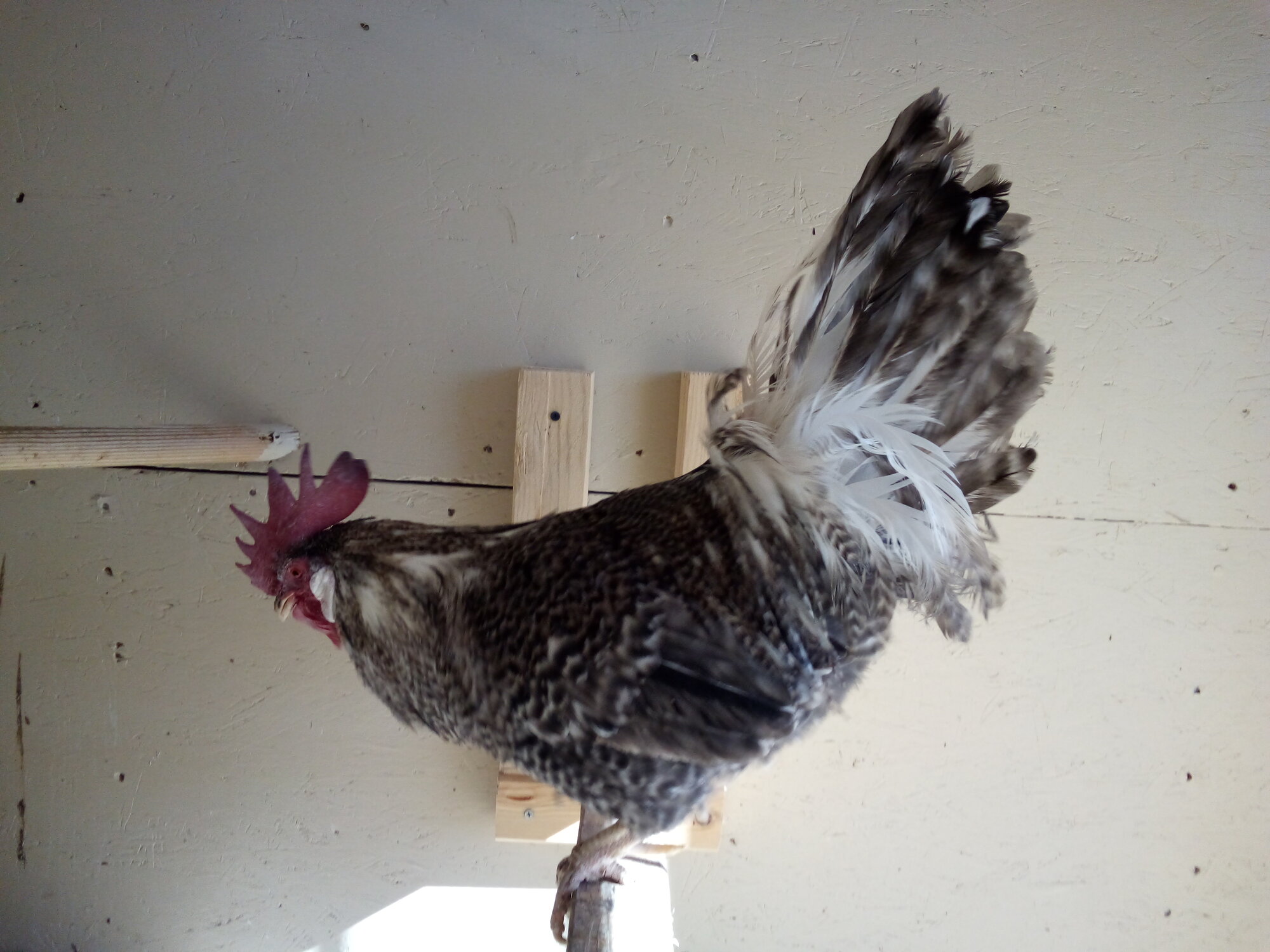 Shadrach said:
In April 2021 I returned to the UK having spent the last ten years living with and studying various groups of chickens on a small holding In Catalonia Spain.

Some of you may have read some of my posts and seen pictures of what I call The Tribes, in my house and free ranging on the land. I’ve written a number of articles here on BYC based on my observations of these tribes and there is an as yet unpublished book that deals with the lives of these chickens and what I have learned from a decade of observing them and the experience of helping out with the care of free range chickens on my uncles farm in my youth.

I had decided even before leaving Catalonia that should I have to leave the tribes and my home what I would like to do was look after ex battery chickens and rescues given the opportunity. That opportunity arose in September of this year 2021.

A family member, knowing how much I miss the Tribes, mentioned that she though she knew where there were some chickens and one evening when out walking we visited the site. There was a rather old and partially illegible sign on the notice board at the entrance to the site asking for someone who would be prepared to help looking after the chickens. I contacted the person concerned and this thread is in part a record of the subsequent events.

Hi mate! Sorry it took me so long to find your thread. I'm watching it now and am about to take in your posts so far.

Shadrach said:
What I'm upset about is I should have found this problem with Volt much earlier.
I had checked her over but I didn't check her for ascitis. She didn't have the lice problem when I checked (she was ealry on the check list because she was easy to handle) and while there were traces of gunk around her feather quills indicating feather mite the problem didn't look serious enough to warrent immediate action and at that time I didn't have anything to treat it with anyway.

A bit about Ascitis.
Ascitis itself is not so much a disease as a symptom. There is no cure. I get rather irritated when I read on the ER forums people encouraging others in believing that this problem can be cured.
Ascitis is the result of water accumulation in the liver which gets dumped into the belly of the chicken causing the belly to swell like a balloon. The cause of the problem is most often a pressure build up between the heart and lungs. This indicates that there are heart problems causing pulmonary hypertension.

You can, and people have drained the belly of excess fluid but this does absolutely nothing for the underlying problem. It seems from posts I have read thhat vets will happily carry ouut a draining procedure, at considrable cost I might add, but omit to tell the chicken keeper that their hen is dying. Some hens will struggle on for a few months and appear relatively healthy but the heart problem is still ticking away and may be causing a high degree of pain which as many will know is very hard to gauge with chickens who have this annoying habit of looking healthy when you are watching them and then dropping dead as your back is turned.
Click to expand...

Taxes! But no roosters. 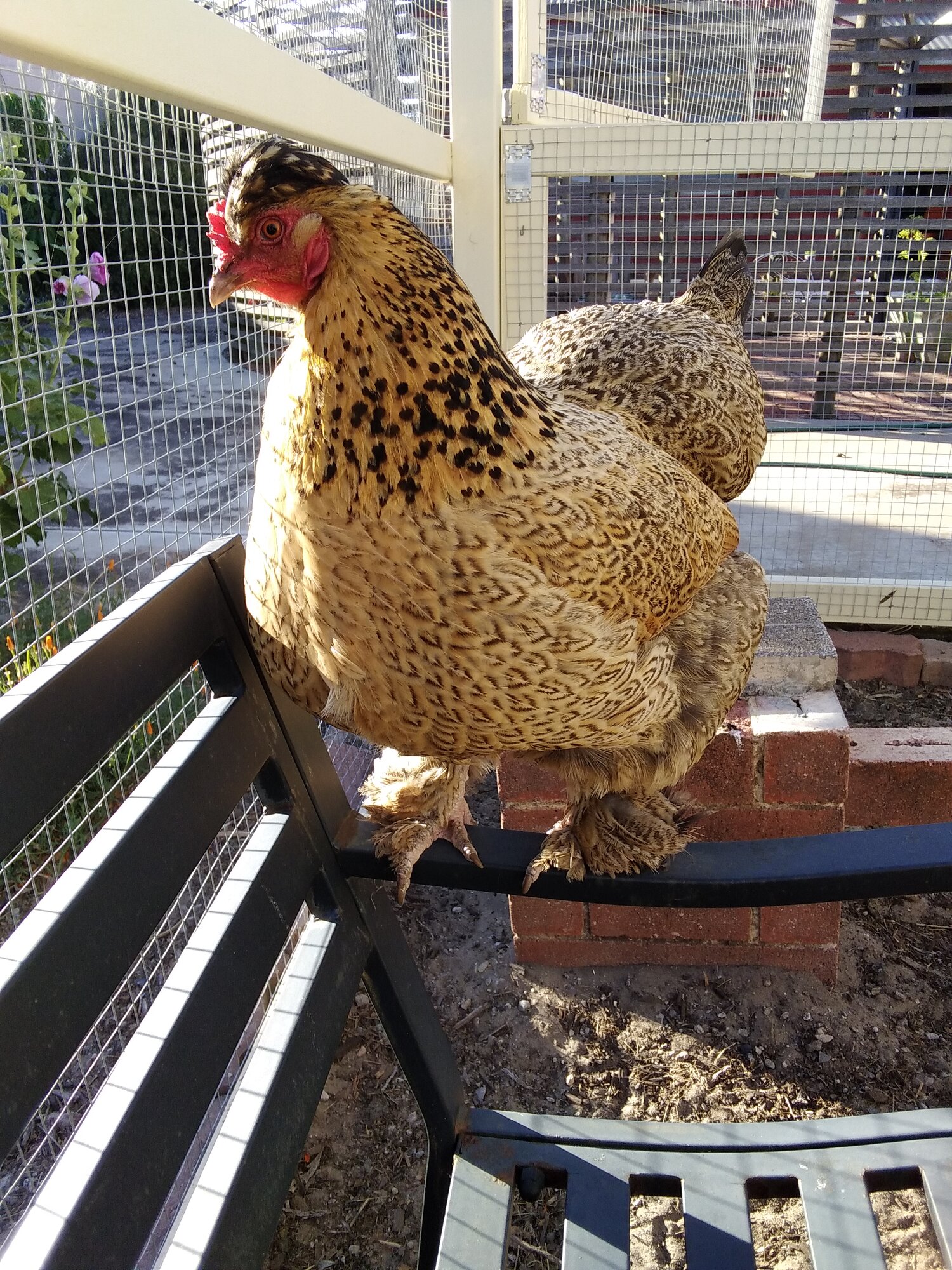 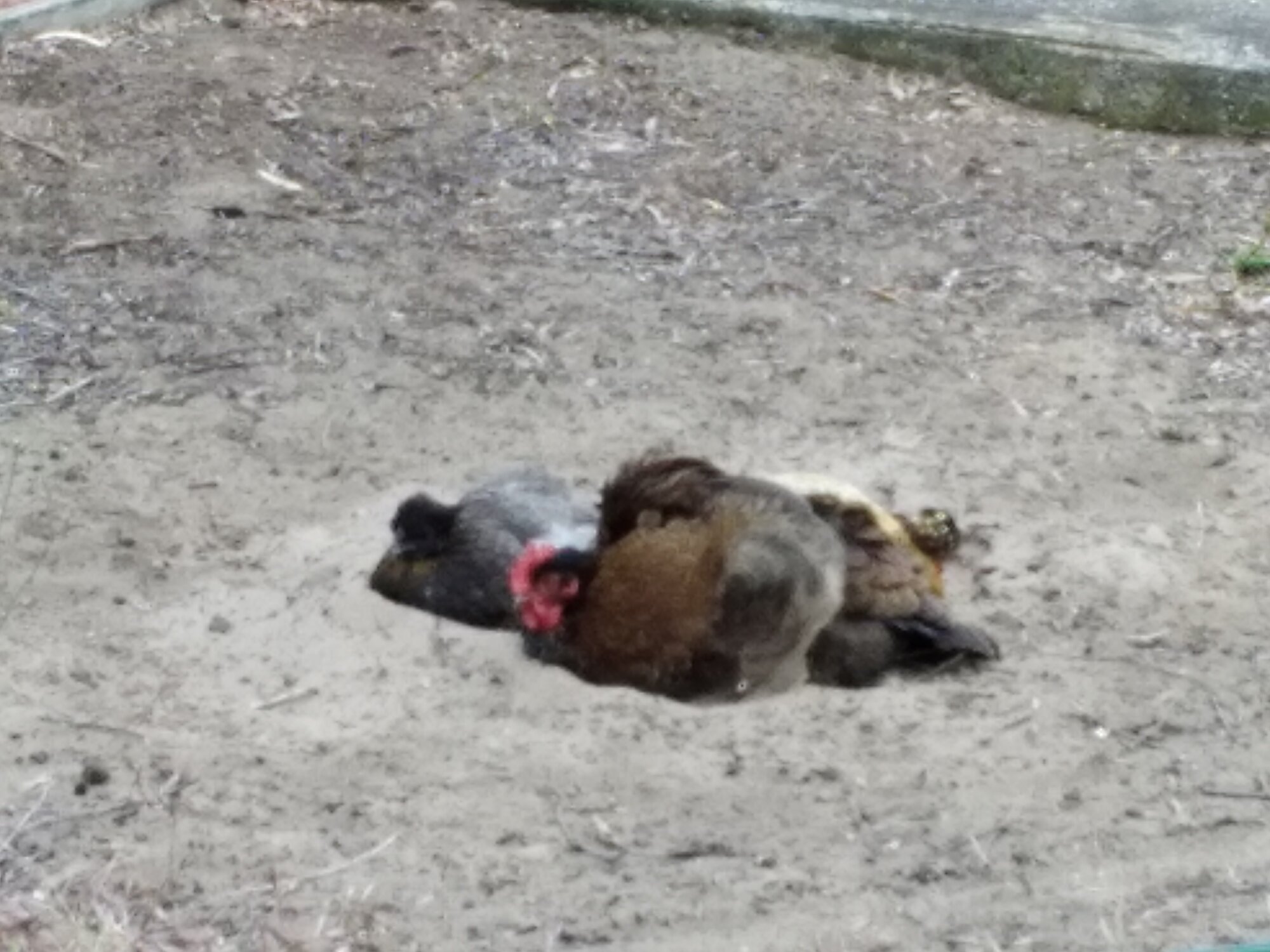 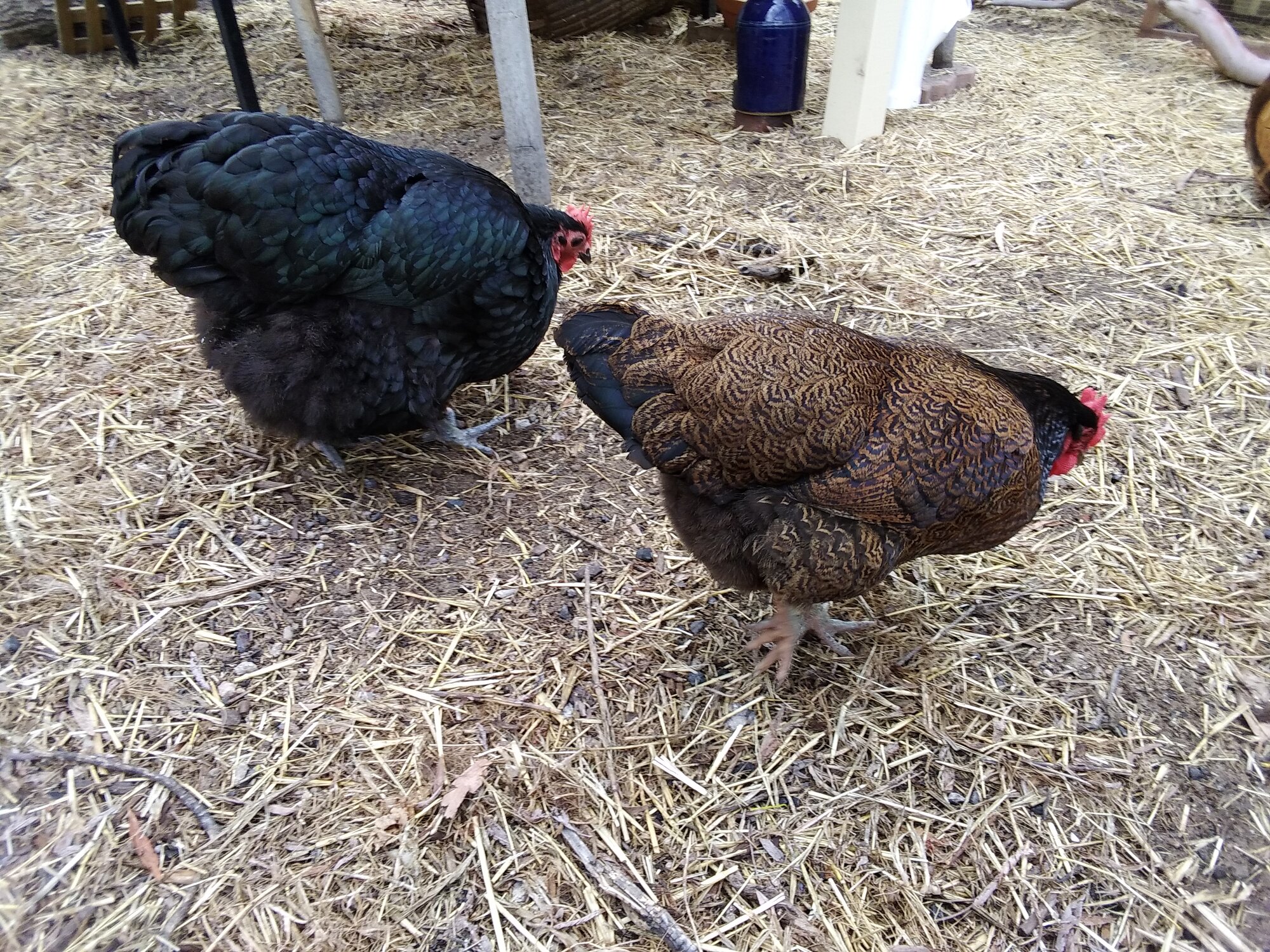 My tax sent in early 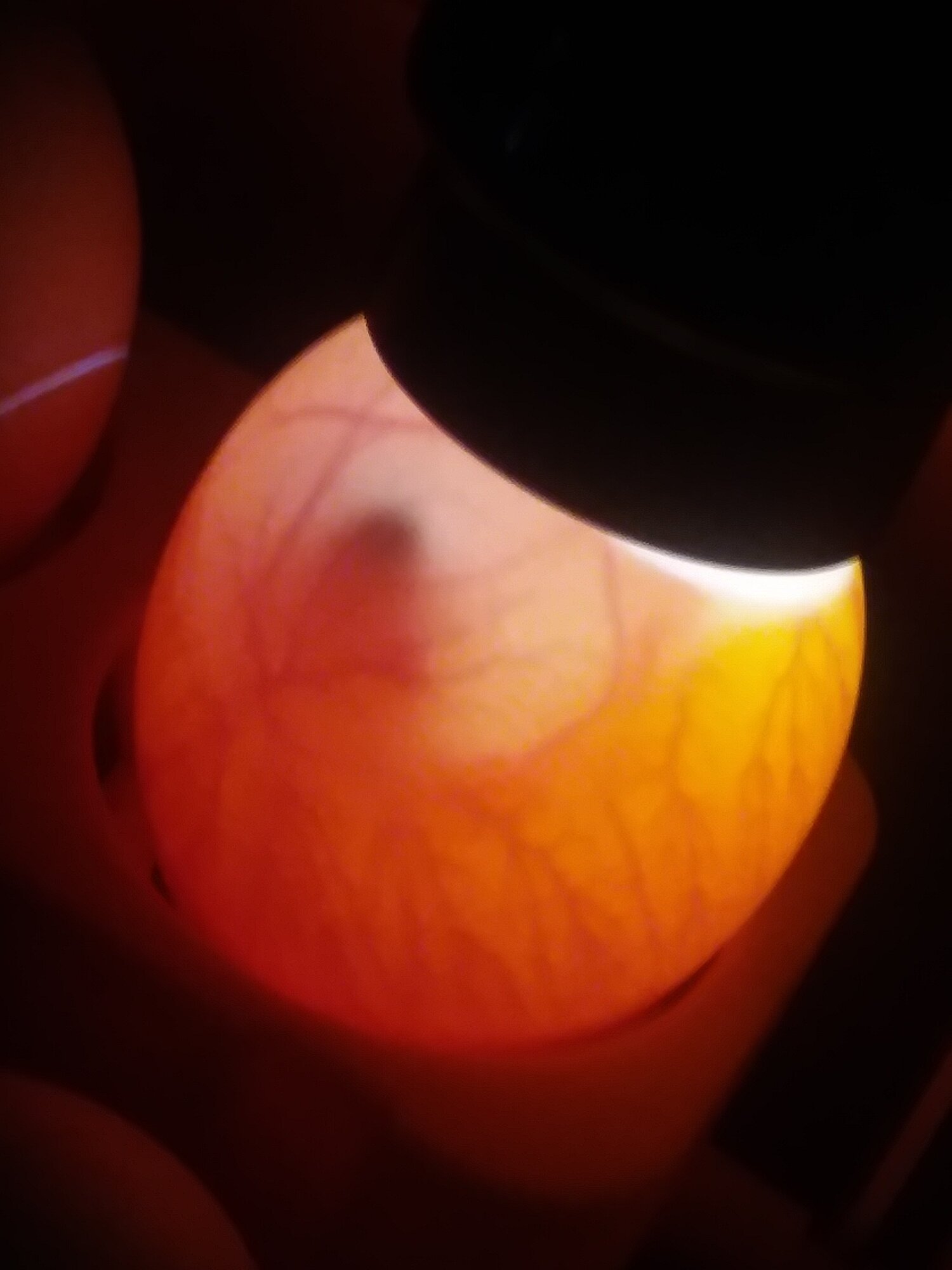 Marie2020 said:
None of these conditions are easily treatable. Heart I would think cayenne and probiotic may help all? Kidneys maybe oil and acv?
Just grasping at straws and trying to find answers
Click to expand...

Ex-battery hens are often severely ill at the time they will be available for rescuers. Most of them suffer from incurable kidney issues (whitish watery diarrhea) and severe reproductive and behavioral disorders.

By the time you notice a hen suffering, they are often too far along for anything else than palliative care.

This lousy photographer wants to give it a second try. Saturday is coop cleanout day, so I'm spending the day with them, anyway. 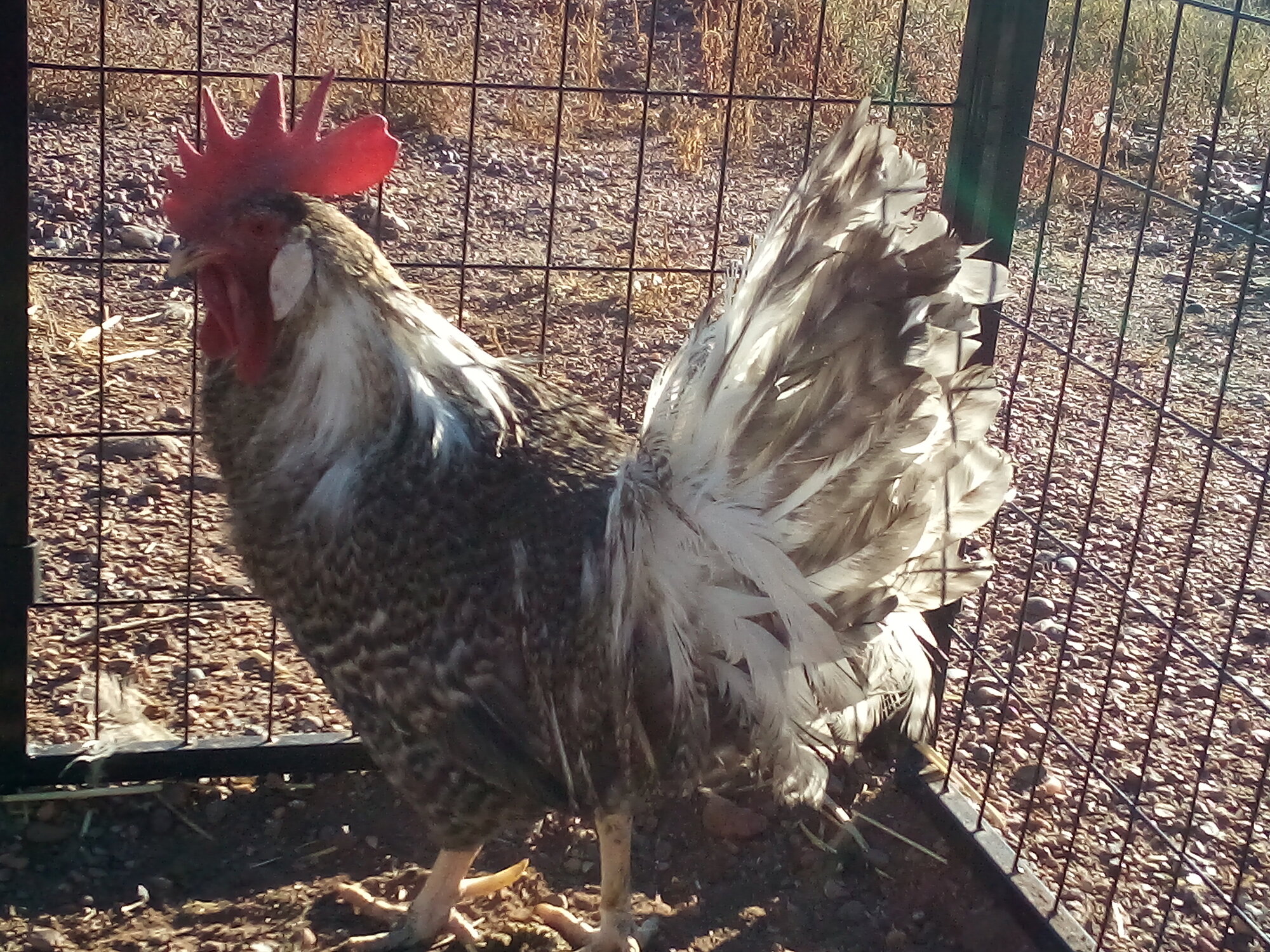 The day after the death of Volt, this is what her sister (?) Amp looked like. She didn’t look any sicker than some others I’ve been concerned about and if I was asked for an honest assessment I would, knowing how they spent the majority of their time together, say Amp was missing Volt. You can call it grieving, or whatever description you are comfortable with, but I thought it looked incredibly sad. 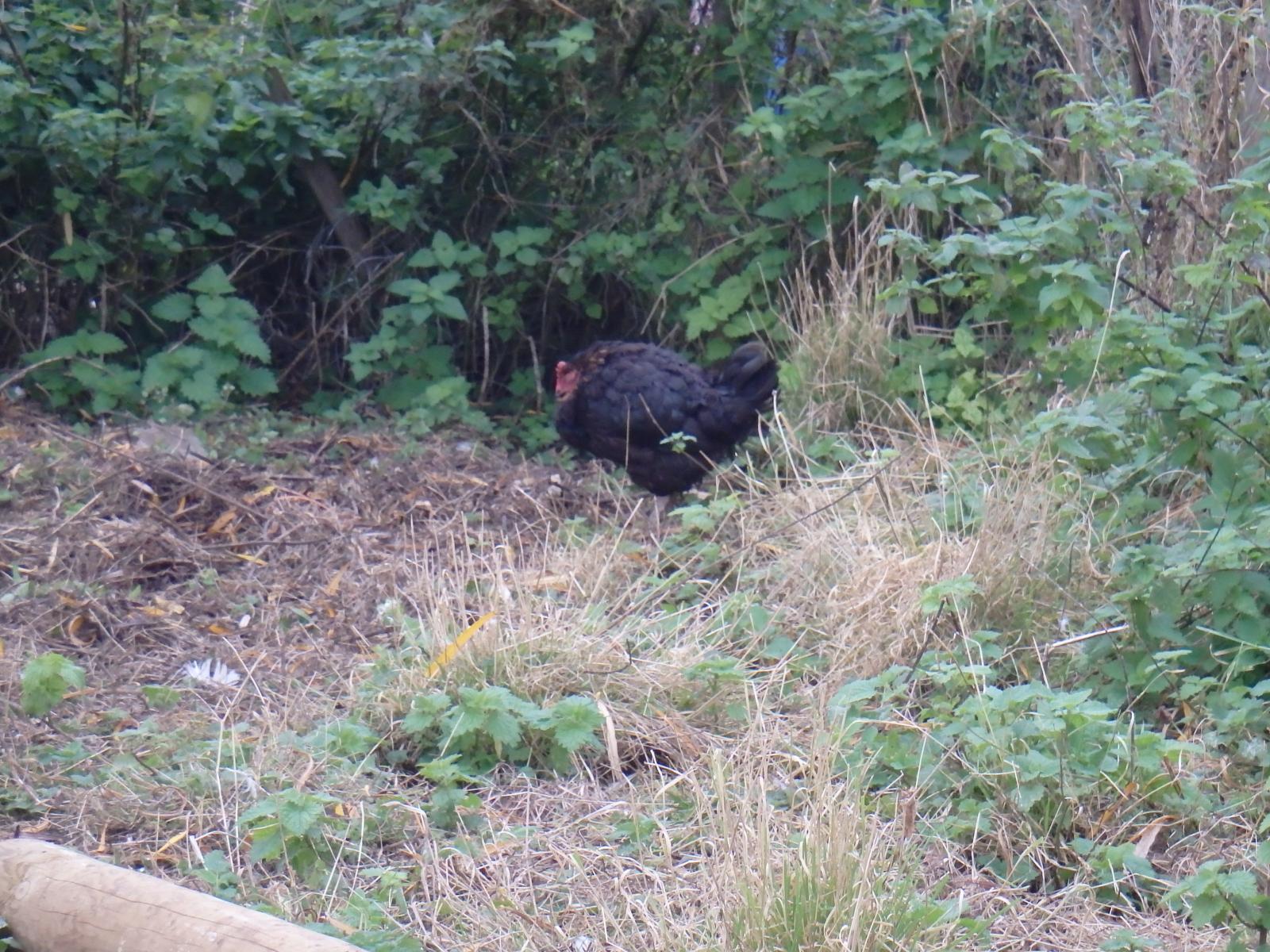 Within a couple of days Amp looked much the same as Volt had in her last couple of days of life. Amp, on the other hand had no signs of Ascitis, and was parasite free. One night she did much the same as Volt had and showed no intention of going to roost with the others and stood in the allotment run as the rest made their way to roost. I waited with the coop run gate open until it was dark and Amp just stood outside looking sick, frail and lonely. I picked her up and put her in the small coop as I had Volt and early the next morning Amp’s life was over.

There is some good news regarding Volt and Amp. I have been told by C that both arrived together at least six years ago. Even if they were just a few months old when they arrived that is still six to seven years of life which for many chickens these days is remarkable.

Not really being able to judge the severity of a chickens discomfort or pain it would seem from what I have observed of their appearance in the last couple of months, they only looked and acted severely sick for the last few days of their life.

Sentimental anthropomorphism, or a view from someone who knows their chickens well and observes their behaviour?
Amp and Volt. 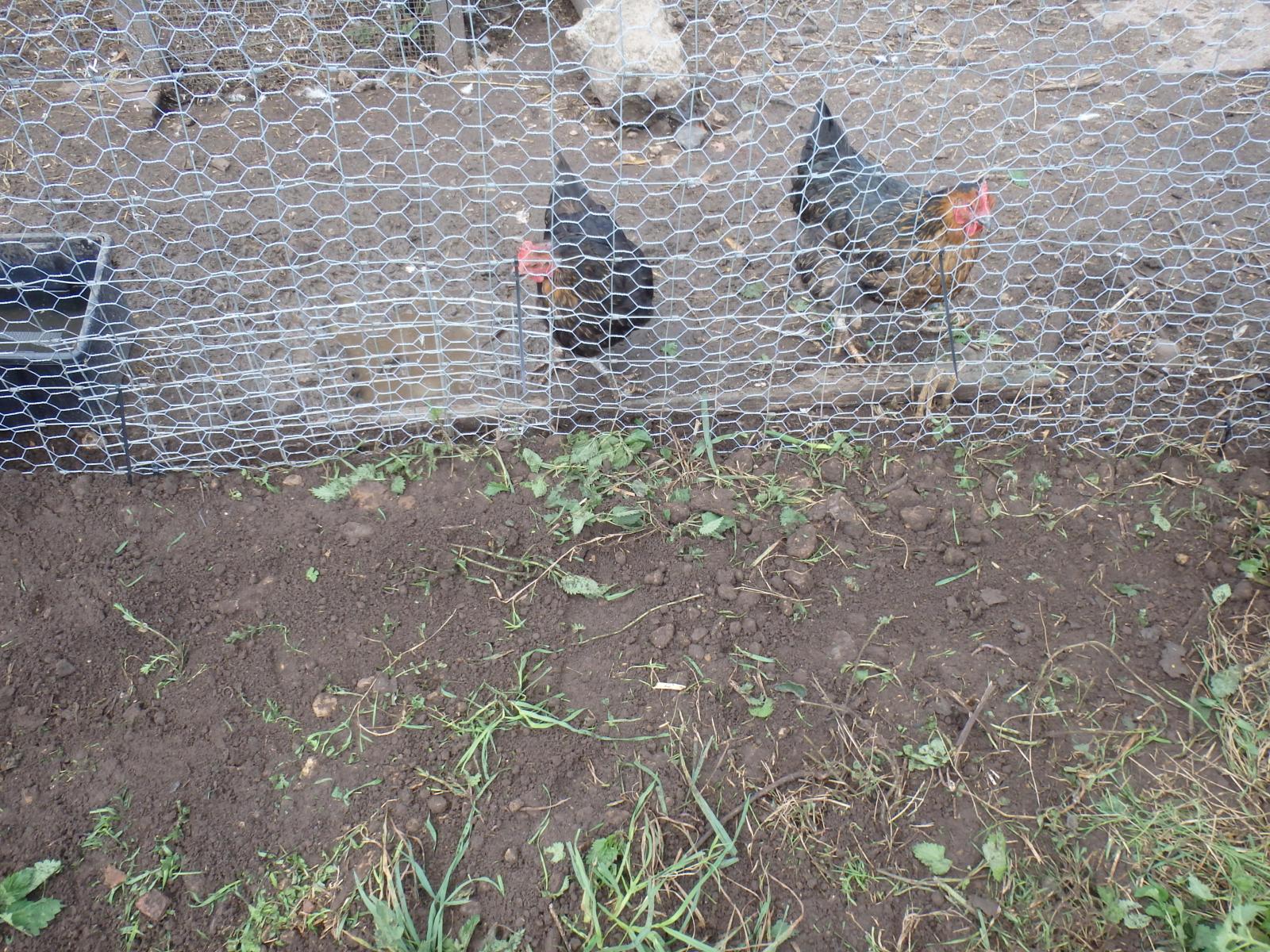 Marie2020 said:
Could you have drained the fluid? Or was it not an option, had the ascites turned cancerous?
Click to expand...

I could have drained the fluid but to what end? There is nothing to say that doing so would have extended her life and the degree of fluid retention wasn't enough to prevent her from living a normal life by the standards these hens set.
It wasn't the fluid retention that was killing her. It was the cause of the ascitis.