RebeccaBoyd said:
I just found this thread and want to keep up with all the wonderful work you are doing to improve the chickens lives. Even if you cannot do everything you wish for them, with your experience they are very lucky chickens indeed.

Tax, my favorite picture of my beloved and missed Drumstick.
View attachment 2911637
Click to expand...

Always good to see a pictograph of drumstick he was such a handsome fella.

RoyalChick said:
I think we are all welcome and I am sure Shad will make it clear if we are not.
Click to expand...

Shadrach said:
An explanation of the TAX.
When By Bob created his Fluffy Butt Acres thread his intention was to talk about chickens. There are numerous threads on BYC where people can moan about their lives, their relatives, and talk about whatever other subject unrelated to chickens on.
Thread drift, like shite, happens. In order to minimize talk of such unimportnat matters unrelated to chickens By Bob introduced a tax system. If you posted on some other subject then you had to post a picture of a chicken as a penalty for thread trash. Bob being a warm and kind hearted man wouldn't just ban, or hurl abuse at the transgressions as I might (I'm getting better, honest

)
I think it's a wonderful idea and it means that people can like a post even if they don't agree with the content because there is a lovely chicken in it.
It has by and large worked well. Bob's thread is imo one of the best on the site and I have kept it as my home thread on BYC for some time now.
So, to increase Bob's revenue I'm charging tax here. I'm purely a non profit concern and you will be happy to know that all tax collected goes towards Bob's thread eviction costs.

See you can be nice. Such nice things you say about my thread. I may need to take a snap shot of this post, frame it, and place it on my wall. 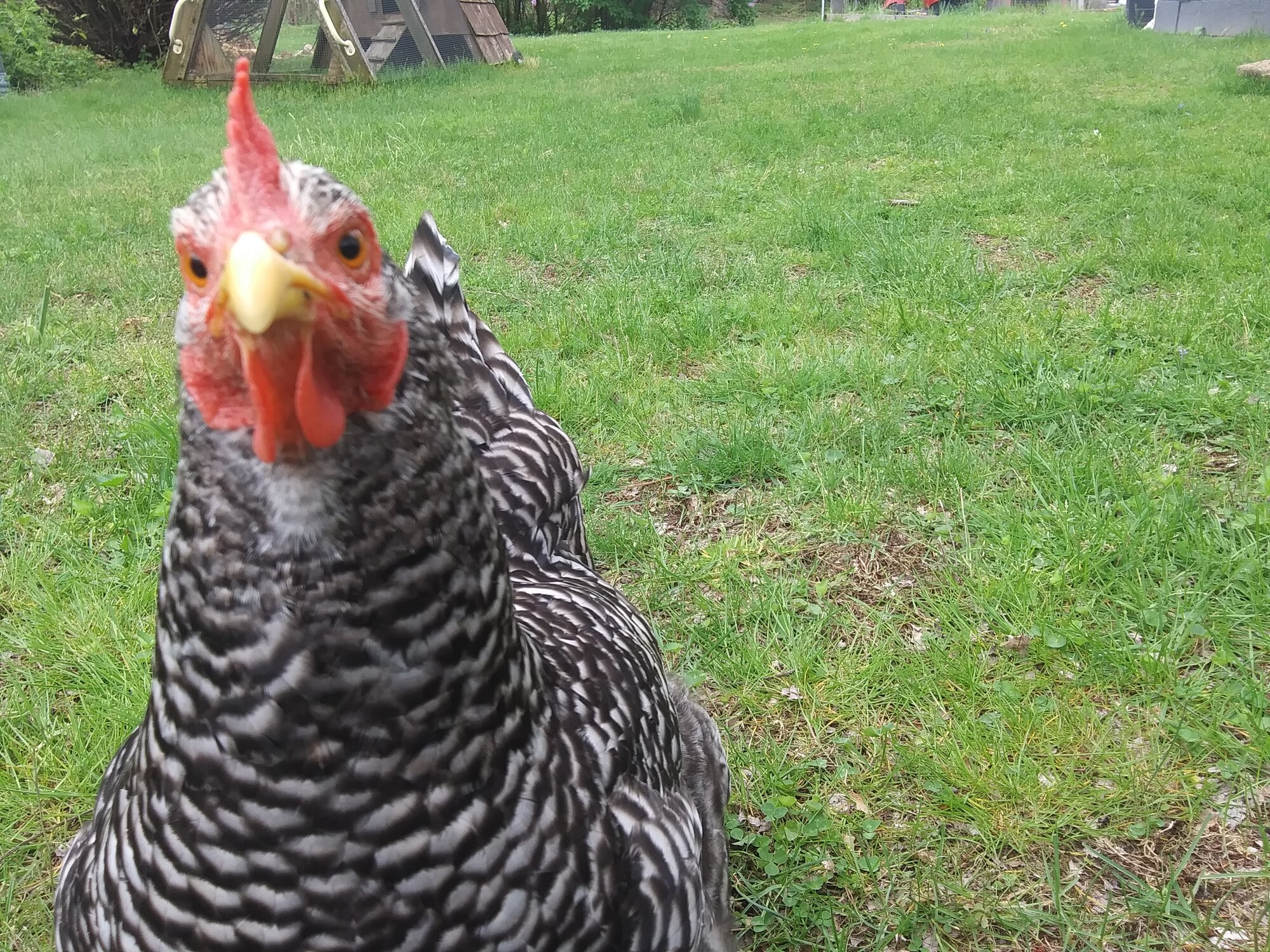 Good morning and looking forward to the next post!

Look at that face! She's reading the thread intently!

I am curious to know: do these two fakers in the second picture really count?

pennyJo1960 said:
Hey they are chickens I use both off and on as my avatar
Click to expand...

I know, I see them all the time in the Café.

But let's wait for the Taxperts to weigh in: @BY Bob @Shadrach

LaFleche said:
I know, I see them all the time in the Café.

But let's wait for the Taxperts to weigh in: @BY Bob @Shadrach
Click to expand...

The top pictures are fine examples of a correctly filled in tax form.
I think the bottom pictures are a classic example of tax evasion. I see a few of these spoilt forms hoping to pass muster as tax aviodance rather than evasion which while legal, isn't really cricket, as they say in the UK.