That looks so good! One of my favorites. 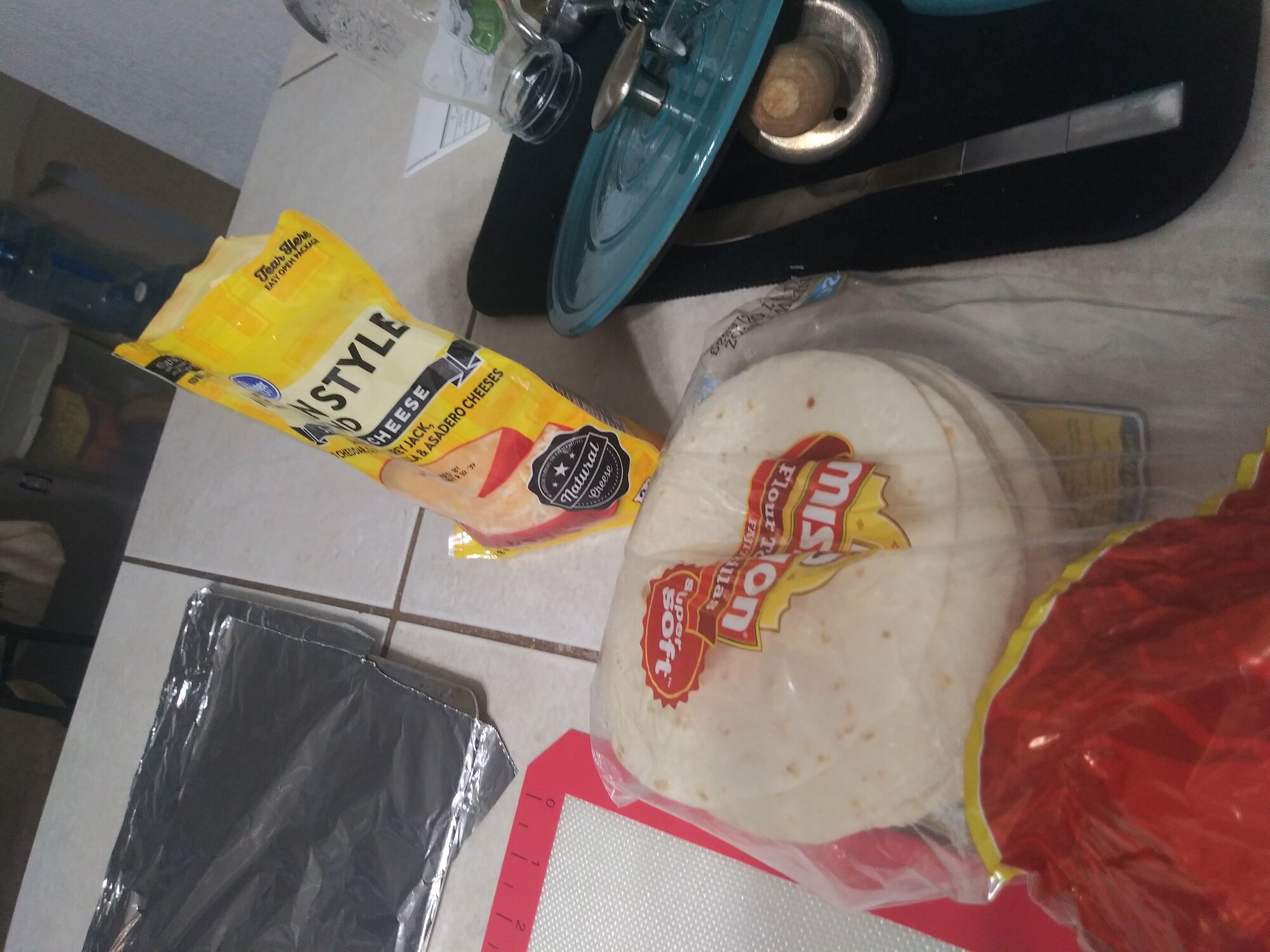 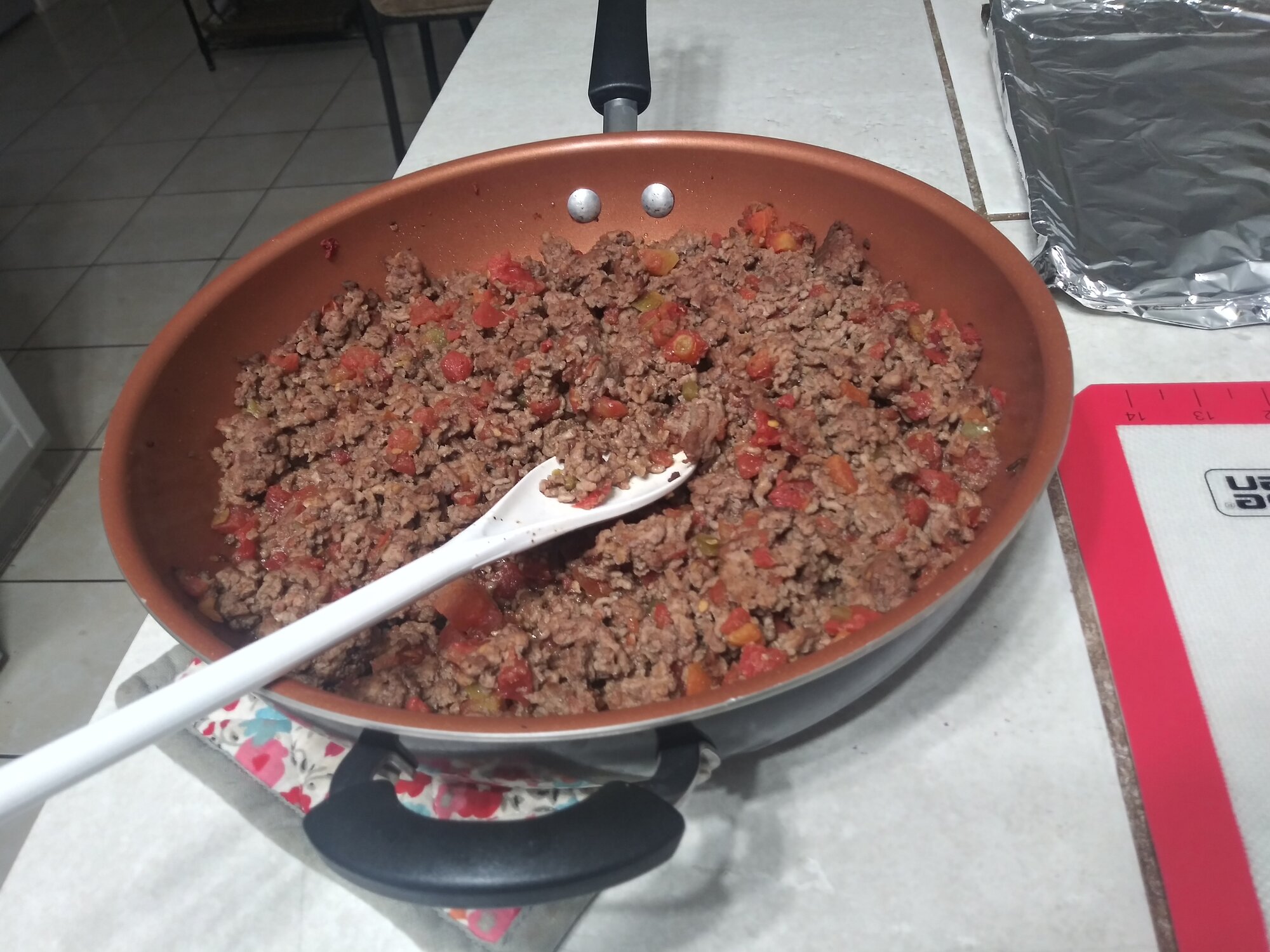 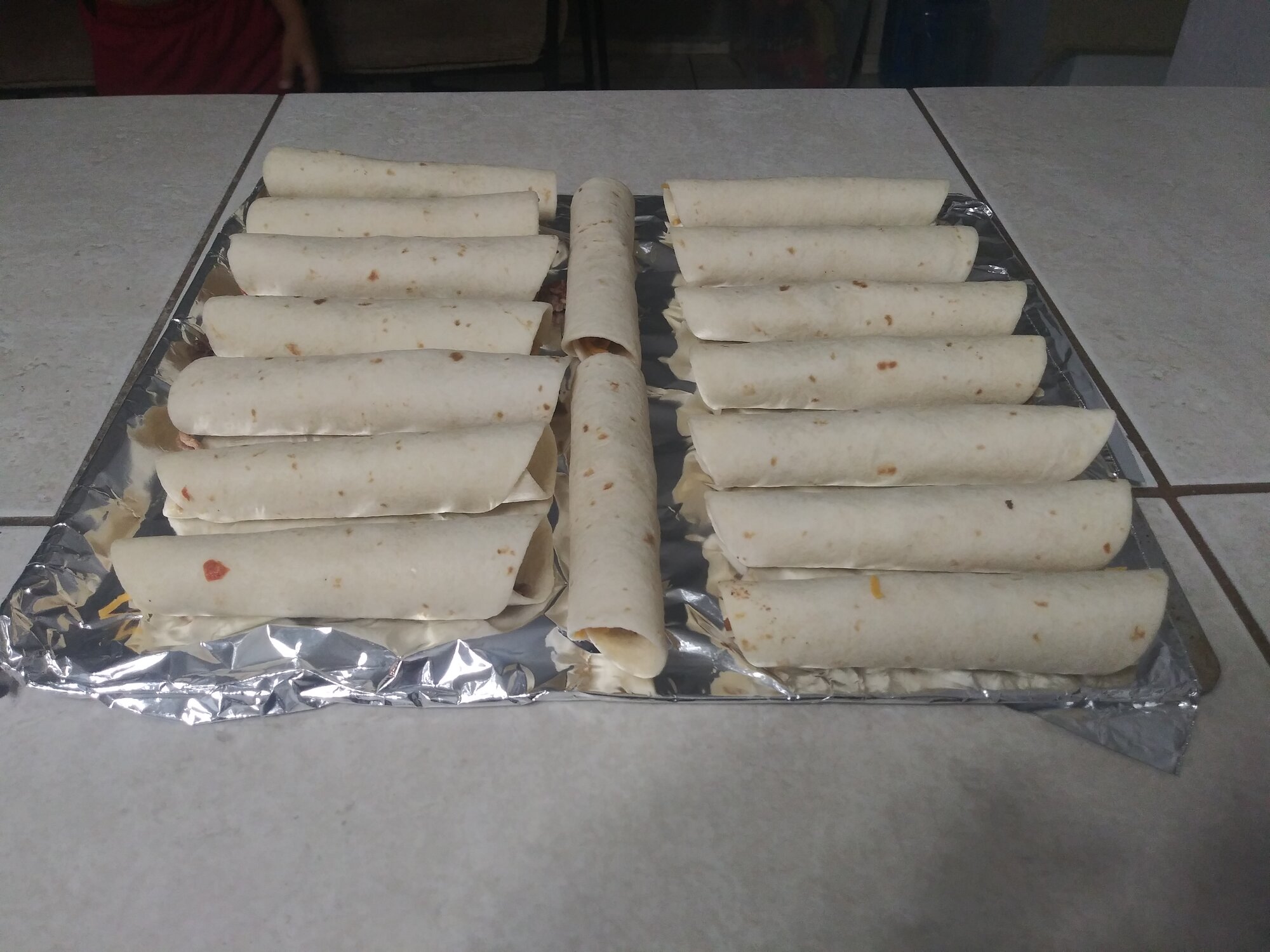 I had a salad with some bacon and cheese. Half the head was tossed because the produce is that poor in the local store. 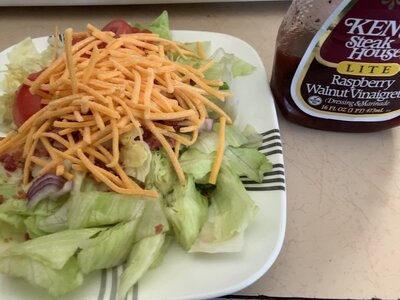 BullChick said:
I had a salad with some bacon and cheese. Half the head was tossed because the produce is that poor in the local store.

Mmmm that dressing is best when made homemade

Shrinp, Cayenne peppers sliced in half, large bulb onion cut up, Green onion cut in 3 inch strips, Butter, Garlic Powder, Chili Powder, and at the end when there was too much melted butter I added Coconut Flour. Just slapped it together and turned out great. 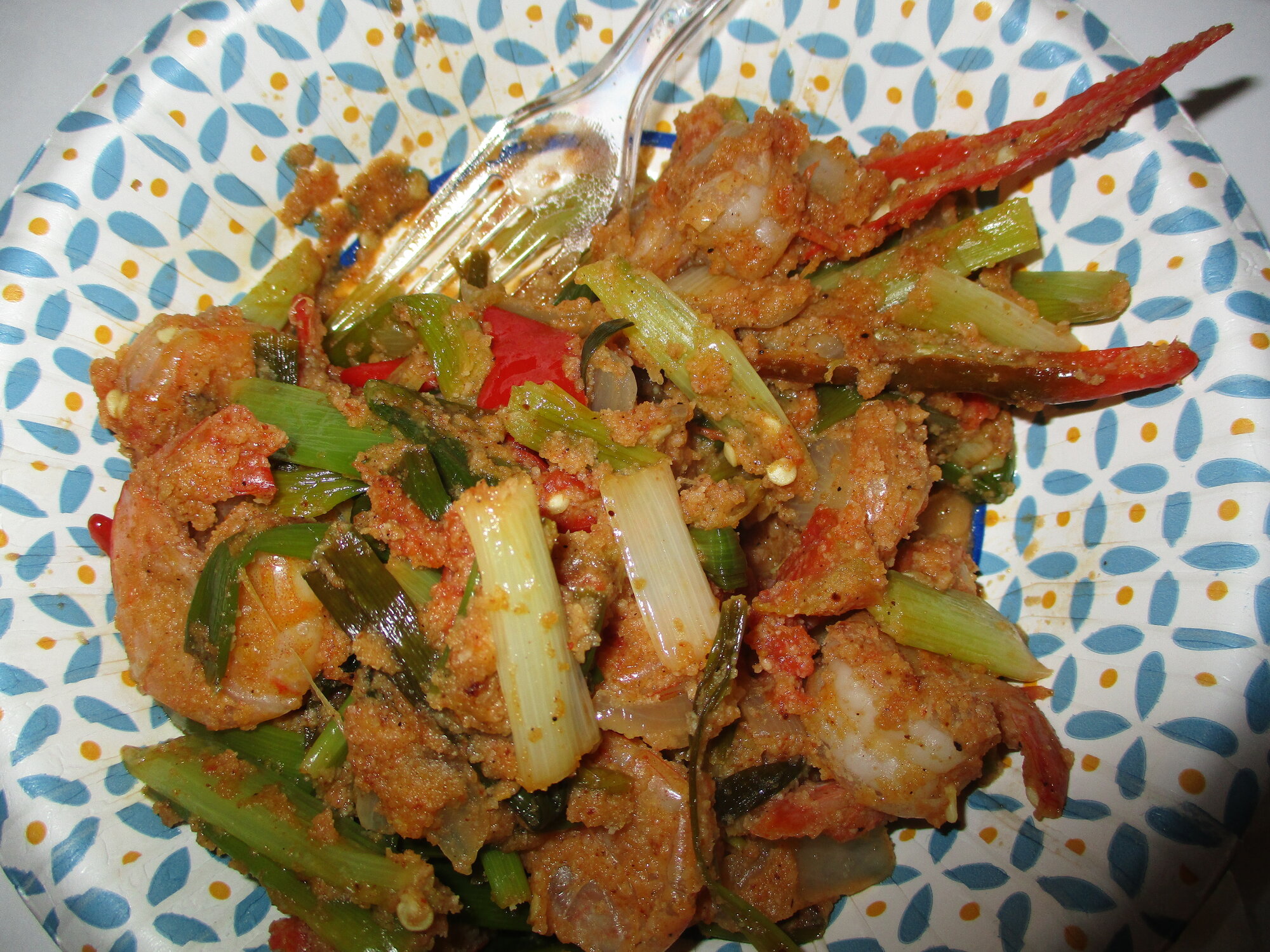 FortCluck said:
Mmmm that dressing is best when made homemade
Click to expand...

I believe you. I don’t think you’ve shared the recipe, but if you have, will you again?

BullChick said:
I believe you. I don’t think you’ve shared the recipe, but if you have, will you again?

I use agave instead of honey or pure maple syrup

Doing potato and beef stew probably yes corn in there.
Stew will be white maybe
Okay yes photo tonight.
I am still thinking but baking powder biscuits with it

I want to share a picture today because it's silly and fun. 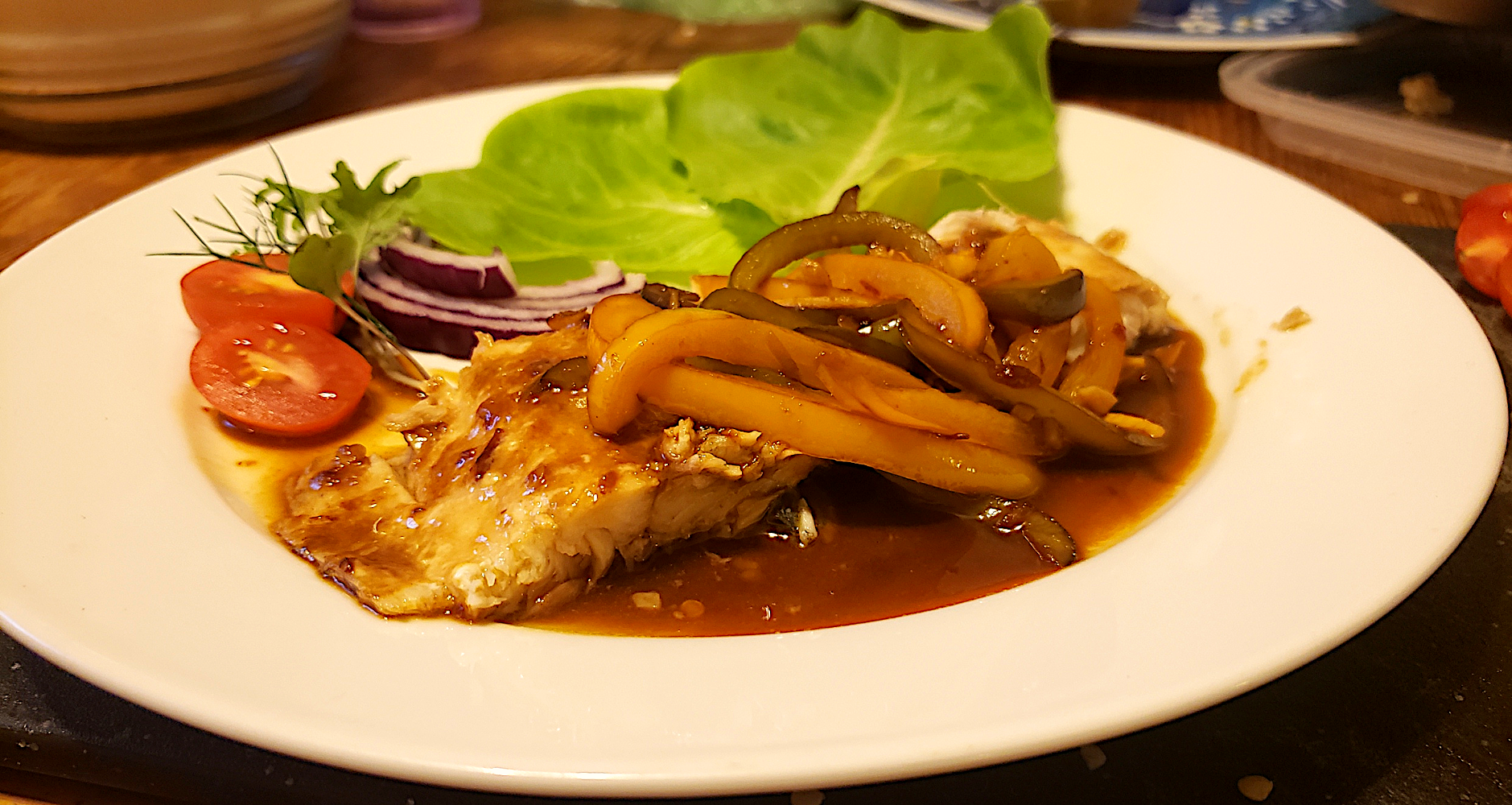 Now you may be thinking "Why, that looks like some really delicious fish with some fancy plating! Why is that silly?"
Because, my friends, of this; 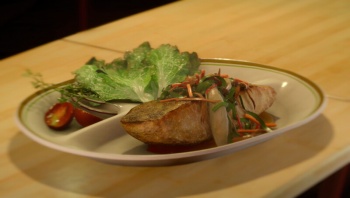 This second image is a picture from a popular videogame; Final Fantasy XV. It's known for its really beautiful and hyper-realistic food.
This dish is called "Fire-sauce Fillet". The in-game ingredients in this game for this recipe are; "Dank Barramundi Fillet, Kettier Ginger, Sweet Pepper". In-game, food gives you stat boosts, and this dish gives you Strength +200, Magic +200, HP +600 (which is a powerful boost).

Our version is made with a barramudni filet, ginger, orange and green bell peppers, and this recipe for a spicy sweet barramundi sauce and fish cooking instructions. We followed the recipe, and then tossed jullianned bell peppers and ginger into the sauce while the fish broiled and lightly sauteed them until soft.

Ultimately we served it much more practically with a proper side salad and some rice and broccoli. But it sure makes a nice picture this way!
You must log in or register to reply here.
Share:
Reddit Pinterest Tumblr WhatsApp Email Link