So, there was a commotion in the chicken run yesterday. At least there is some evidence that something went down. I checked in on the chickens and found them in their coop during the day. That is not really an indicator of much, except that mine usually spend their entire day in the run, with only occasional visits to the coop for laying eggs, or just scratching around in the bedding. The odd part was that a few hours later, they were still in the coop, making lots of noise, and did not seem to want to go out into the run. I went out to check things, and upon entering the run, found what I first thought was a mouse, dead, on the ground near the door. Oddly, this "mouse" had no visible ears, or other telltale mouse features.

I had to look it up on google, and discovered it was a shrew! I didn't even know we had shews in Minnesota, and have never seen one before in my entire life. In any case, I think they found this thing, and attacked it, or something, and that it may have fought back. Two of the hens have slightly bloody scratches on their combs and wattles, but are otherwise doing fine. No wonder they didn't want to go back out into the run. They were probably in the coop...personal interpretation here of chicken behavior...shouting at each other about what in the world just happened!

I did read that chickens won't eat them, due to scent glands or something, which explains why they killed it, and left it there.

Anyone else have experiences with these? 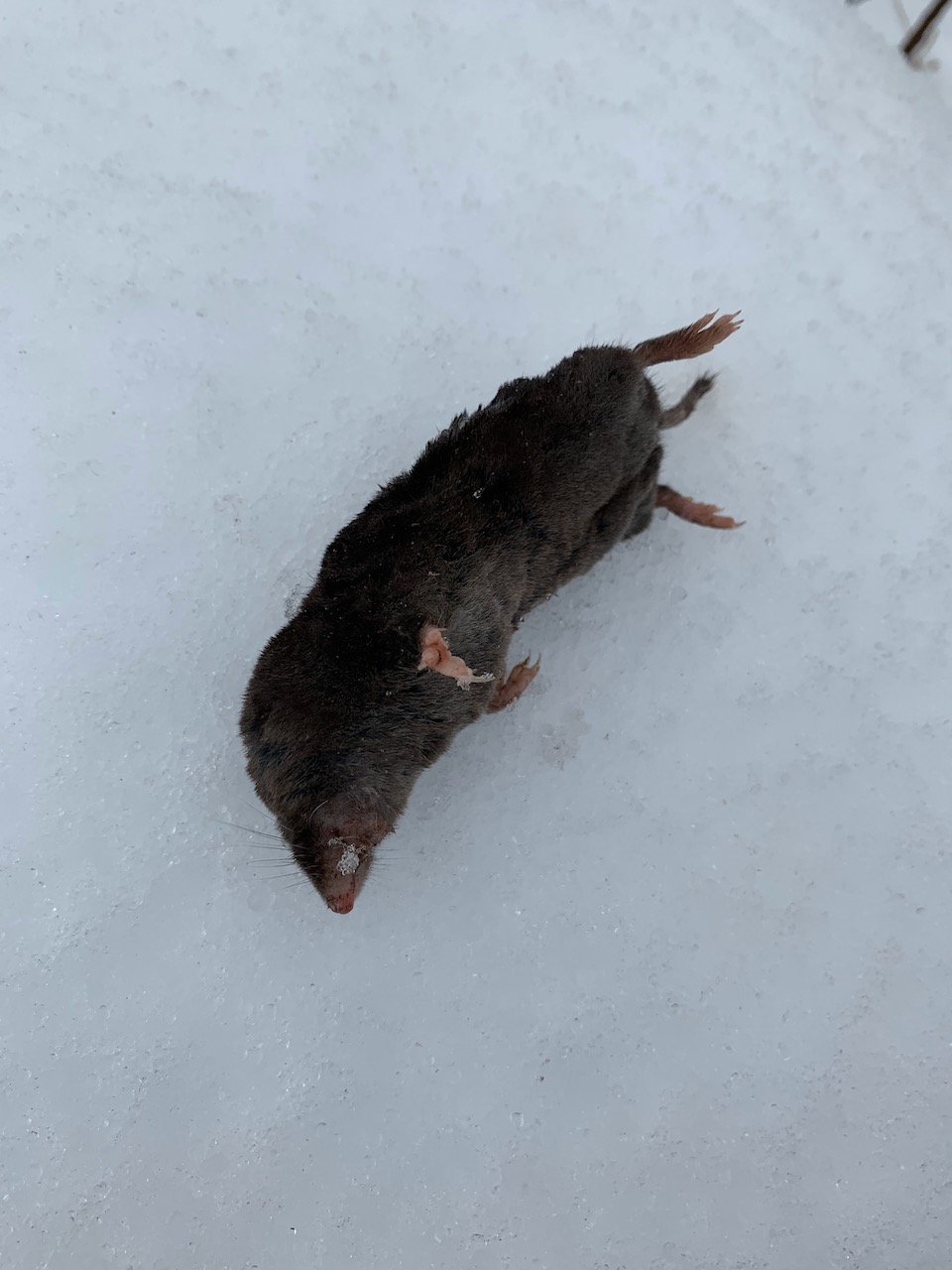 In my experience, chickens are usually more than happy to dispatch rodents and lizards.
I've seen them eat the lizards but I've never seen them try to eat the mice, they usually ignore it until I remove it.

I guess you hardly ever see them...they're extremely fast and very secretive. They also have venom:
Unlike most mammals, some species of shrews are venomous. Shrew venom is not conducted into the wound by fangs, but by grooves in the teeth. The venom contains various compounds, and the contents of the venom glands of the American short-tailed shrew are sufficient to kill 200 mice by intravenous injection.

It probably self destructed or starved shrews have heart attacks at the drop of a hat and have to eat constantly.
And no the chickens probably wouldn't eat it if you paid them if you caught a whiff of that sucker you know why.

Eggscaping said:
I guess you hardly ever see them...they're extremely fast and very secretive. They also have venom:
Unlike most mammals, some species of shrews are venomous. Shrew venom is not conducted into the wound by fangs, but by grooves in the teeth. The venom contains various compounds, and the contents of the venom glands of the American short-tailed shrew are sufficient to kill 200 mice by intravenous injection.
Click to expand...

Never had a shrew, but my chickens are deathly afraid of toads!

Well, I definitely learned something here. I had NO idea some shrews were venomous. I’ve got to do some more investigative work on this as I now have many more questions about something I didn’t even know until a few minutes ago.

I have seen those things occasionally around the yard. I guessed they were gifts of the cats. I thought it was strange because only the tail was gone. Maybe it never had one. And I always thought they were moles or voles or whatever the little blind rodent is called that burrows tunnels in the ground.

And at least one of my chickens loves mice, baby ones anyway. I was moving some folded up turf and happened upon a nest. The momma mouse got away, but the babies...nope! They were shook to death and swallowed in a matter of seconds. <gulp><gross>

Oh, they use echolocation like bats too just in case it wasn't weird enough for ya'll.
Iv'e got southern short-tailed in my area, they tend to end up inside of older houses since they don't dig just cruise along under the leaves.
One little crack or hole and you've got yourself a shrew.
You can't catch and release either, they die in like 30 seconds.
Im pretty versed on wayward wall shrews.

Well, I’m fairly well versed in the mole, vole, shrew arena now. Oh, such knowledge. I think it might increase my worth by two shakes of a duck’s butt, but hey, I’ve definitely learned...that all three boogers are ugly.