I received this sweet baby unsexed. He/she is around 4 weeks. I'm not sure if that's too soon to tell, but here are some pics. I love this chicken!! It's getting fluffier by the minute. =) To young to tell. Silkies are funny are sexing. Sometimes you will think rooster and next thing you know you get an egg. xD

Its too young to tell. Silkies are extremely difficult to sex. However, when it gets older, here are some signs to watch for when "it" gets older to tell the gender:

Male Silkies will usually be larger than the females. They also stand taller and more erect. Hens are more squat, and often a little fluffier. Female Sillkies have round, puffball crests, while males tend to have a more slicked-back appearance. Male Silkies often have smaller crests as well, but this depends on the quality. A male Silkie will develop a larger, redder comb than a female, too.

Males also get "streamers". Streamers are longer, thinner feathers on the back of their crest. Females do not get these streamers. Here is an example comparing a male Silkie with a female: 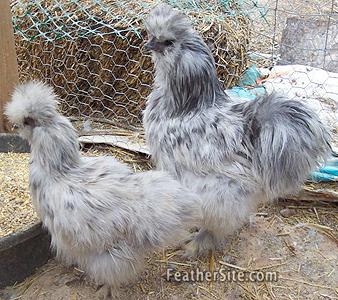 You can see the differences between a male and female Sillkie in this photo. Note the taller appearance of the male and the fluffier crest of the female. 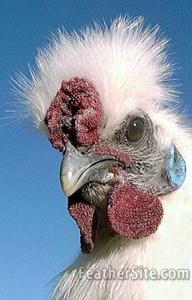 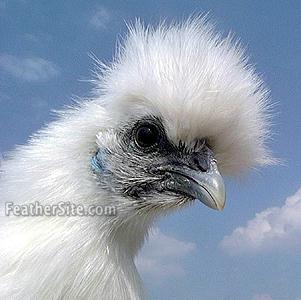 Hope this helps! Post some more photos of your Silkie in a couple weeks.
Last edited: Sep 22, 2013

Yes, way too young. I'd wait until it is 12-14 weeks of age, and then post new photos. Some male characteristics to look for include tallness, a smaller, slicked back crest, more development and/or reddening of the comb and wattles, thickening of the legs, "streamers" from the crest, and a general less fluffy appearance (in comparison to a female Silkie, that is--all Silkies are fluffy). Sometimes, though, you can't tell the sex of Silkies until they either crow or lay an egg. "Its" a cute little chick!

B
Sexing a Silkie —Please help!

Does anyone know how to sex young Silkies?
2