Silkie Chick in distress, bum problems and not putting on weight

We bought 9 chicks about 3 weeks ago. The Welsummer, Ameraucanas, black sex link, and frizzle are thriving and doing great. 3 were silkies and the teenie one died suddenly a few days later. One is doing just fine, but the 3rd is really struggling. She is at least 3 weeks old and has barely changed size at all. A few wing feathers coming in but thats it. She was starting to get knocked over quite a bit by the faster growing chicks so I moved the smaller chicks to their own brooder. She sleeps a lot and isn't as active as the others. Then about 3 days ago I noticed her vent was poking out and looked a little infected. I've been putting a little antibiotic cream on with a cotton swab, but what else should I be doing? She is now crying/chirping most of the time and really struggling. She does eat quite a bit, but I only see her drink sometimes. She's pooping but it seems painful and often gets crusted on her vent. I'm really worried I'm going to loose her. 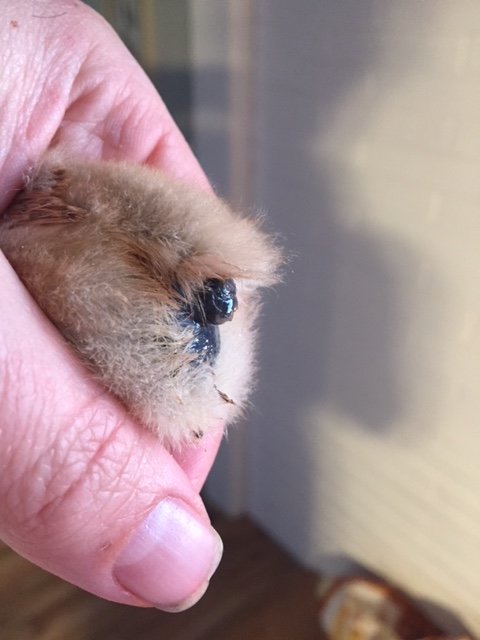 Her swollen vent (its shiny due to the antibiotic cream) 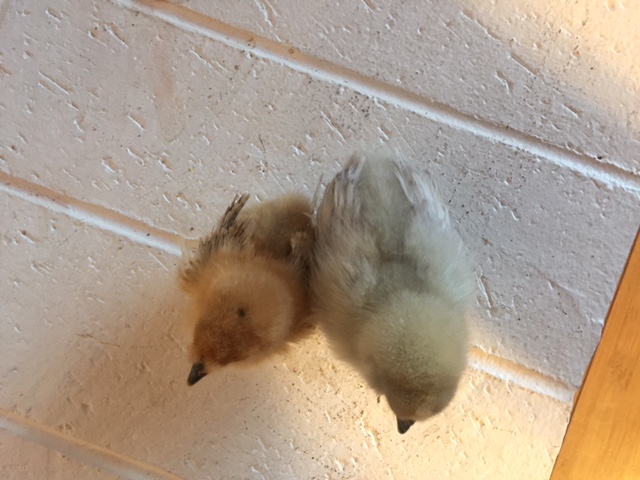 Size comparison to our other silkie 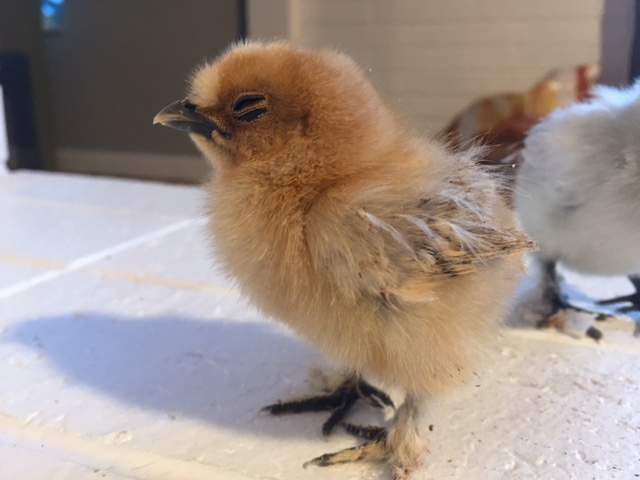 Thanks for your help!!

How is she doing? Do you have any Nutridrench you can give her? Also sav-a-chick probiotics?
Is she eating?
Is she pooping?
How does her crop feel?

I'll look into those products. She is still the same- eating and drinking, though maybe less than the others. She poops but its small and looks painful. Crop feels soft and not too big. Why does her vent bulge out like that?