I'm gonna be contrary and say Mochi is a pullet and Mocha is a cockerel. Haaaa...just checking in to let y'all know that I'm wrapping up (finally). I'll hopefully have a draft up this weekend at the latest...probably gonna tweak it a little based on y'all's feedback (and the feedback of my proofreaders/helpers). As a thank you for your patience, please enjoy this Silkie cuddle puddle video I shot today:

I think the gray has girly hair and the brown has spiky boy hair... but I don't know much! My babies are 3.5 weeks old and I will make a thread of my own around 5 weeks for your guesses!
Can't wait to see the final results/data!

Time for some Saturday aaaaaaaaaaaaalmost Sunday teasing! Can y'all tell I'm well caffeinated? Cause I AM

So, having FINALLY crunched the numbers on one of the big things I had to know just now (I don't know how I forgot)--to figure out if visual guessing vs. collecting the data was more accurate--the answer based on my data is....

They are approximately equally accurate methods...but only if you use all five of the characteristics I measured (though you could probably use either growth rate or weight instead of both; they returned pretty similar results).

I'm still writing and I distracted myself trying to do some math I hadn't done since college, but figured I'd drop this beauteous info on y'all to tide y'all over until I can talk to the person in this house who actually likes math about the problem. I only looked at Week 6-9, since it became pretty obvious early on that that was the sweet spot; before that the sexes were just too similar, and this is how the accuracy came out, with no answer (for the guessers 50/50 splits were no answers) being regarded as wrong for both methods:


The value of this info (to me, anyway) is that you can measure your birds independently...you wouldn't need to rely on finding people to peep at your birds and tell you what they see there.

The method with the highest accuracy (of course y'all know I tried it multiple ways) was to evaluate the birds Week 6, 7, 8, and 9 (though since the highest accuracy for both methods is reached at Week 8, there's probably little reason to include 9); birds that have any of the five measured characteristics 1 standard deviation below average are female. If they don't have any in that range, but have one or more that are 1 standard deviation above average, they are male. If you get a result of female during any of those weeks, ignore future or previous male results for that individual.

Y'all can consult my tables for my averages once I slap this Word document on the bottom but it'll probably be useful if someone or everyone tries to collect more data for this data pile so we can be as accurate as possible.

So I took pictures but I’ve been so depressed I haven’t wanted to upload them. The sweet chick we were brooding with our silkies died suddenly. After looking carefully through their bedding I do think I saw some dried blood in of poop but her only outward symptom was getting quiet & she was gone before I was ever really concerned. One of the Silkie babies had bloody poop the day after Chica died so they are all on corrid and I haven’t seen any blood since. The silkies are eating and drinking and active so I am praying they will be okay.

Our first chicken loss and it was just plain awful.
Mocha has an overly large crop even in the mornings but it isn’t hard & doesn’t smell sour so I massage it gently a few times a day and that seems to help. I’m thinking she will need a ‘crop bra’
Anyways… here are the babies week 7 and week 8 pics. 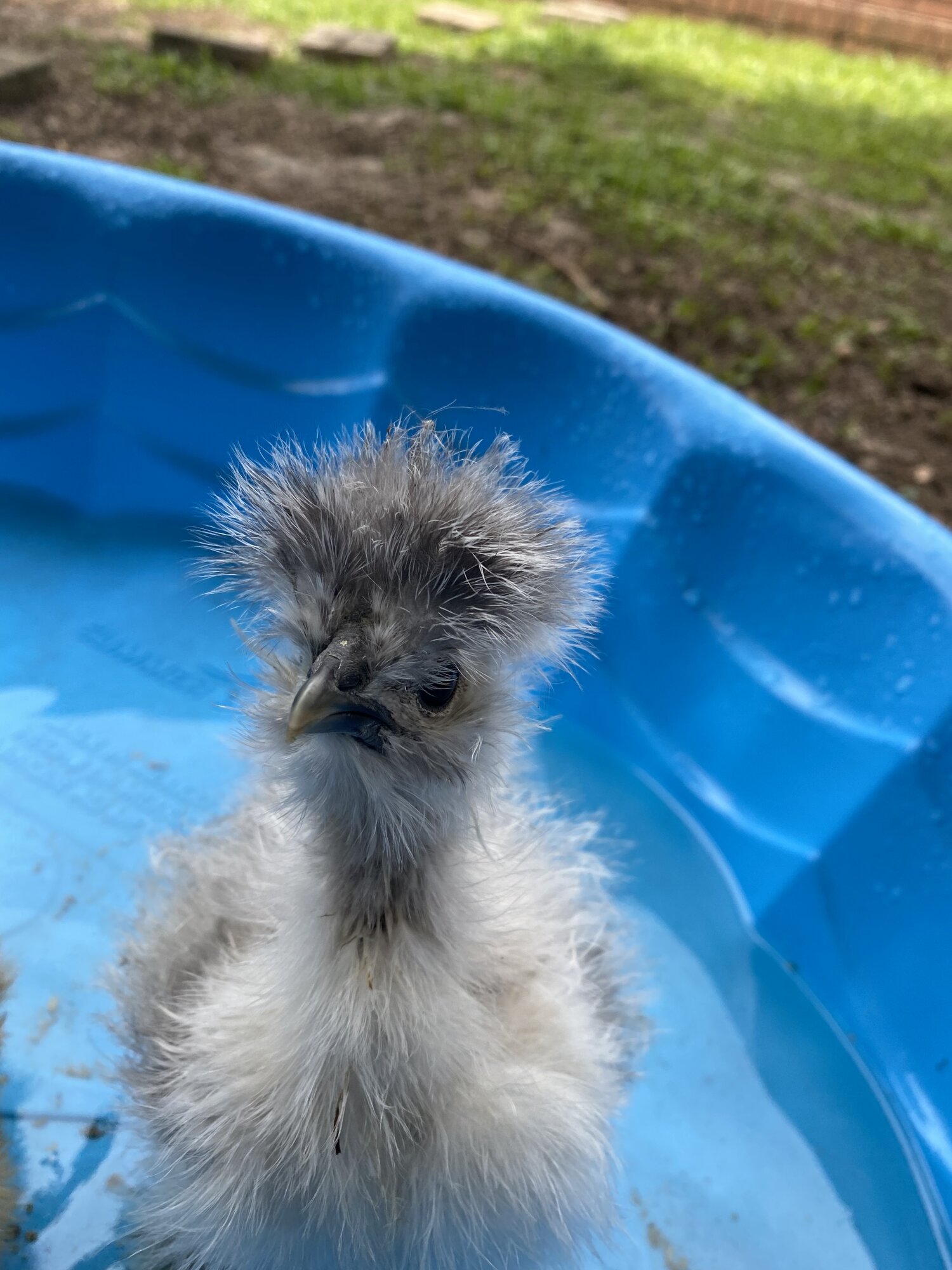 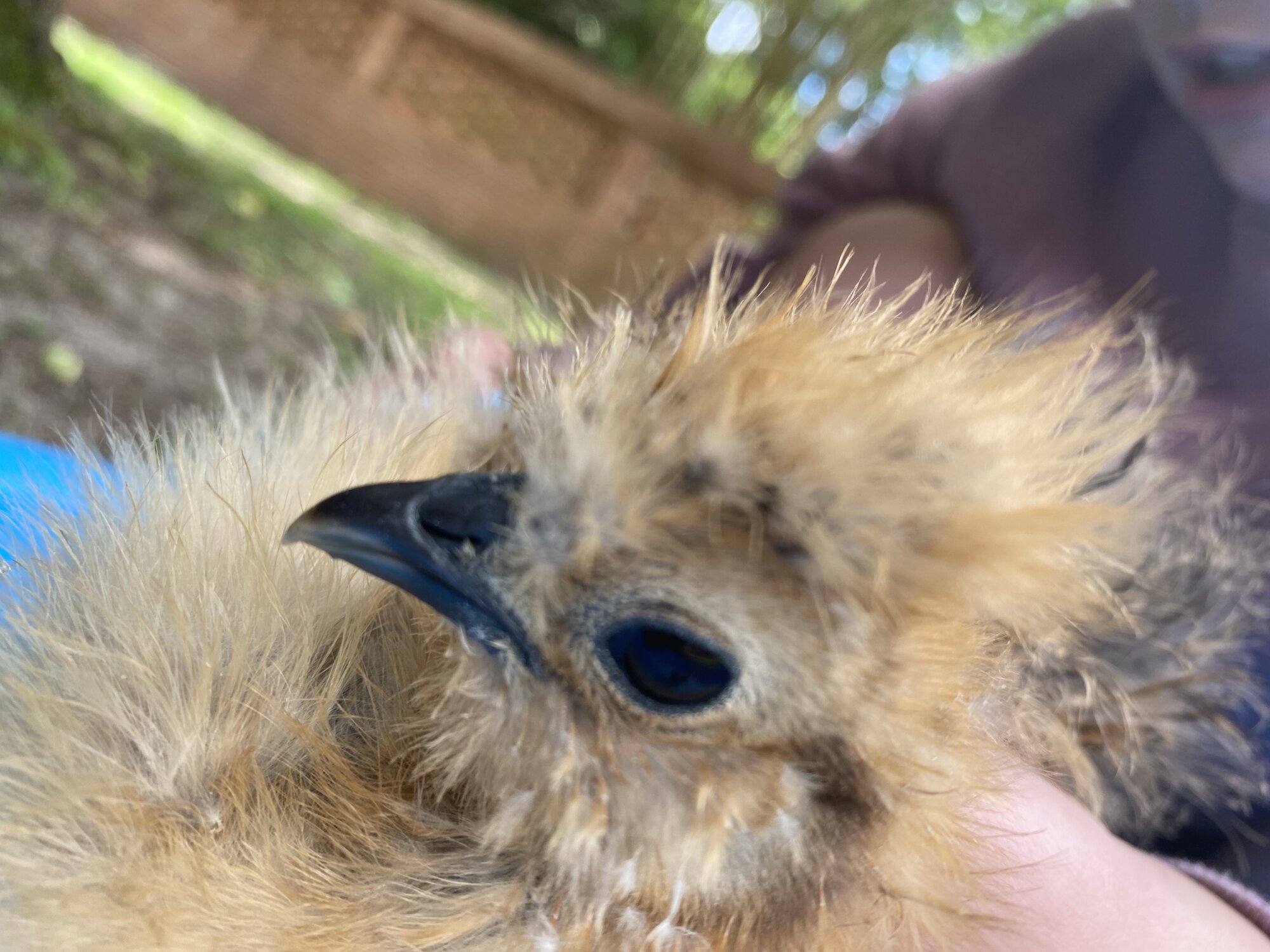 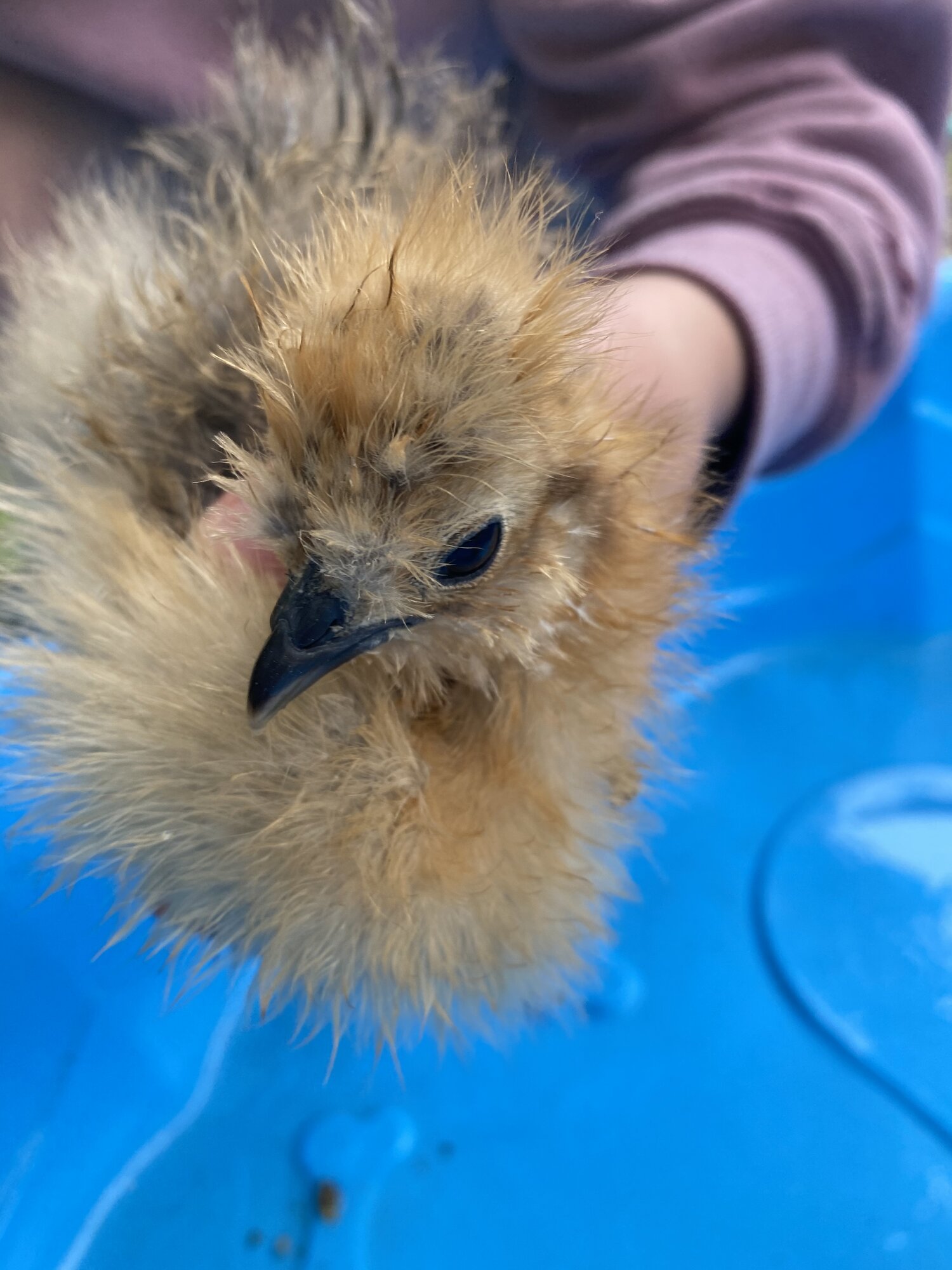 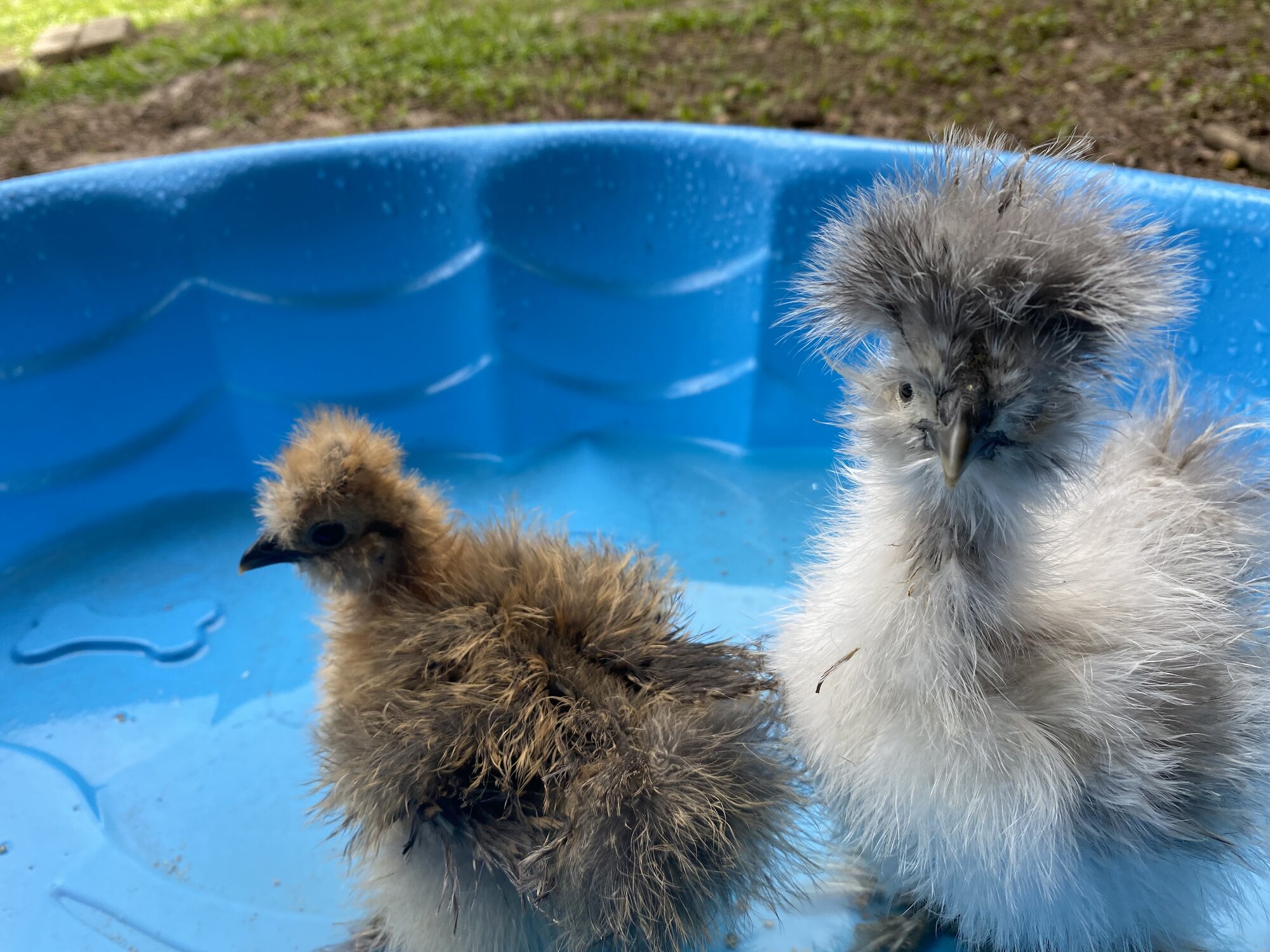 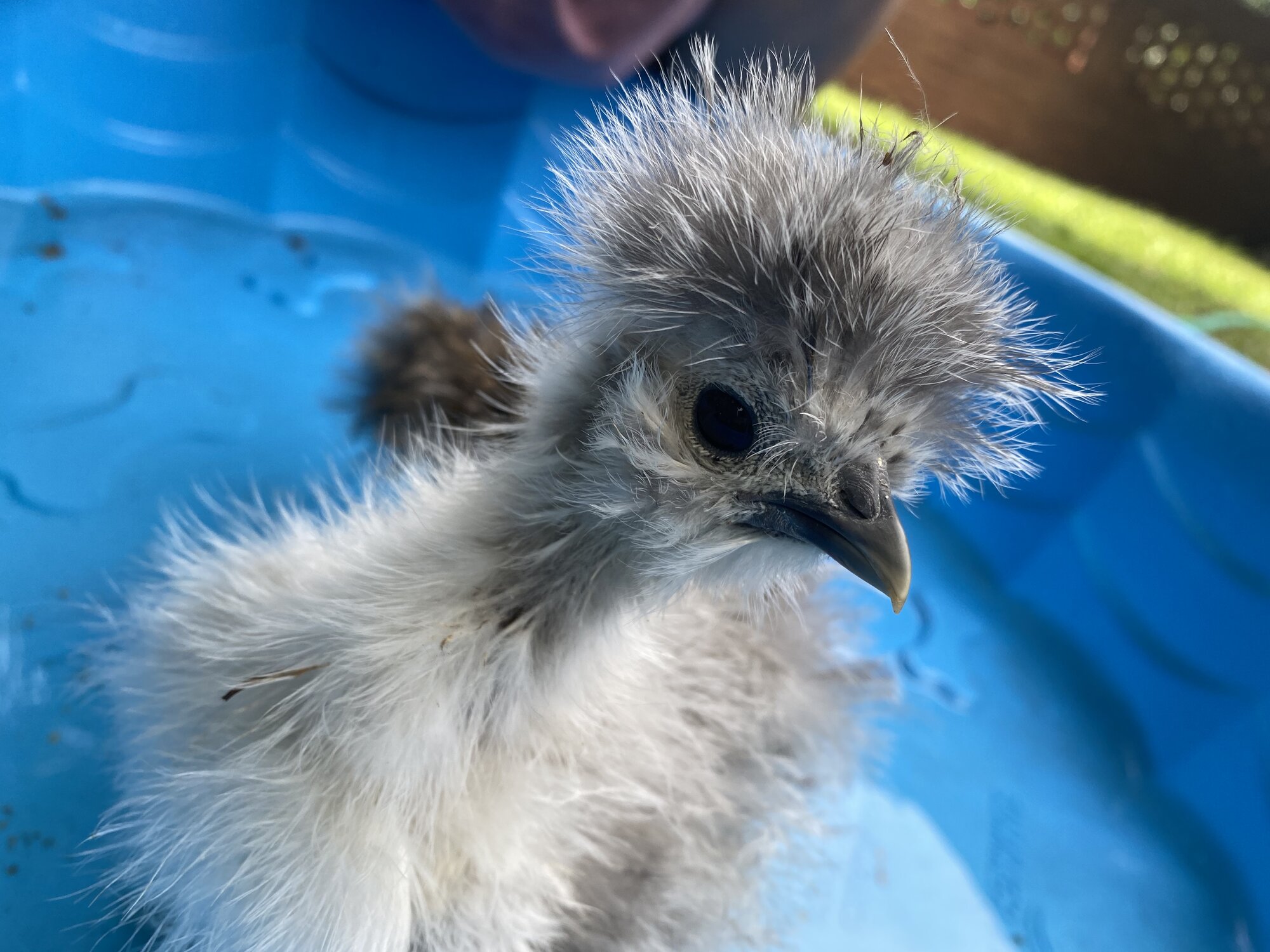 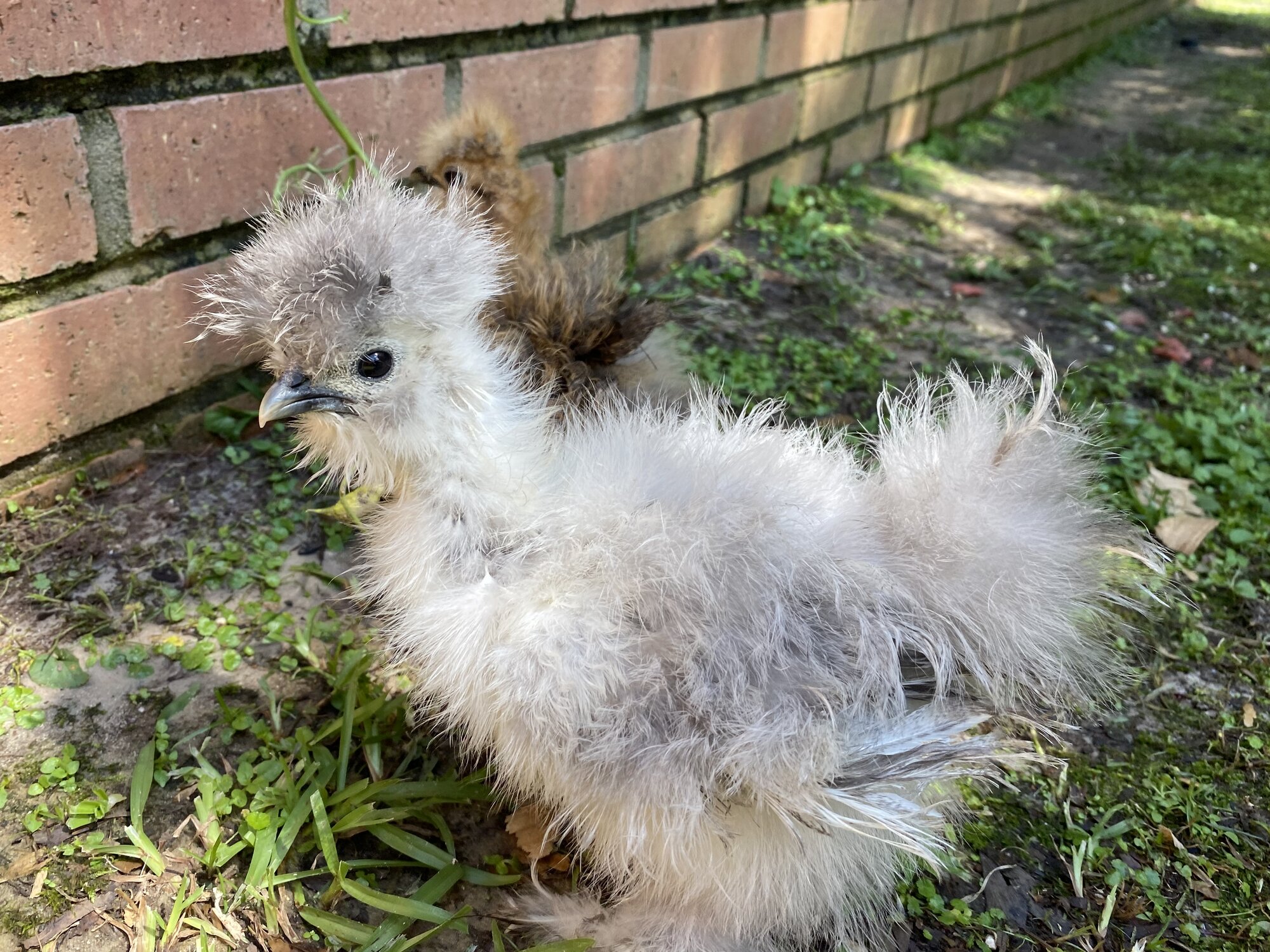 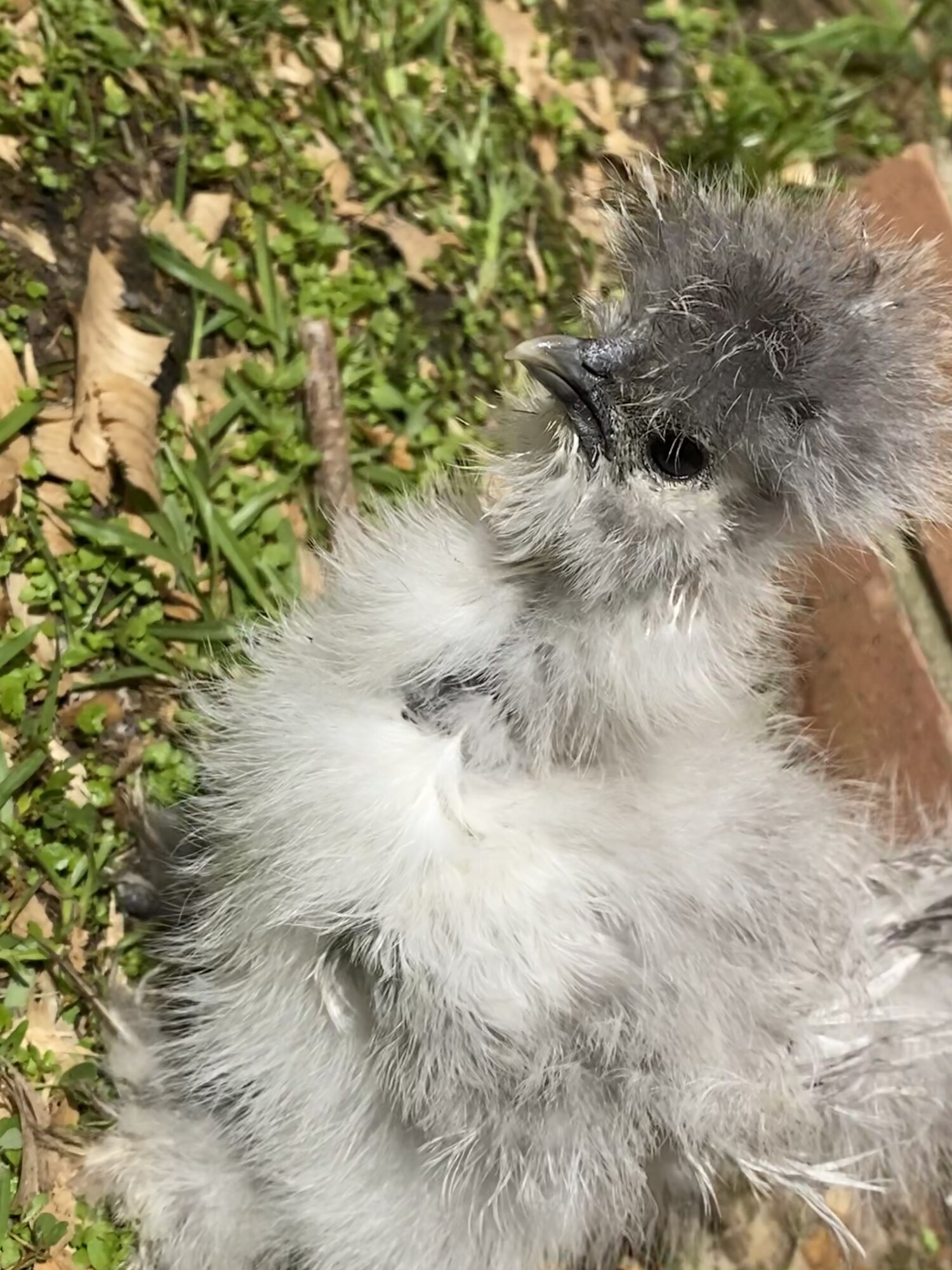 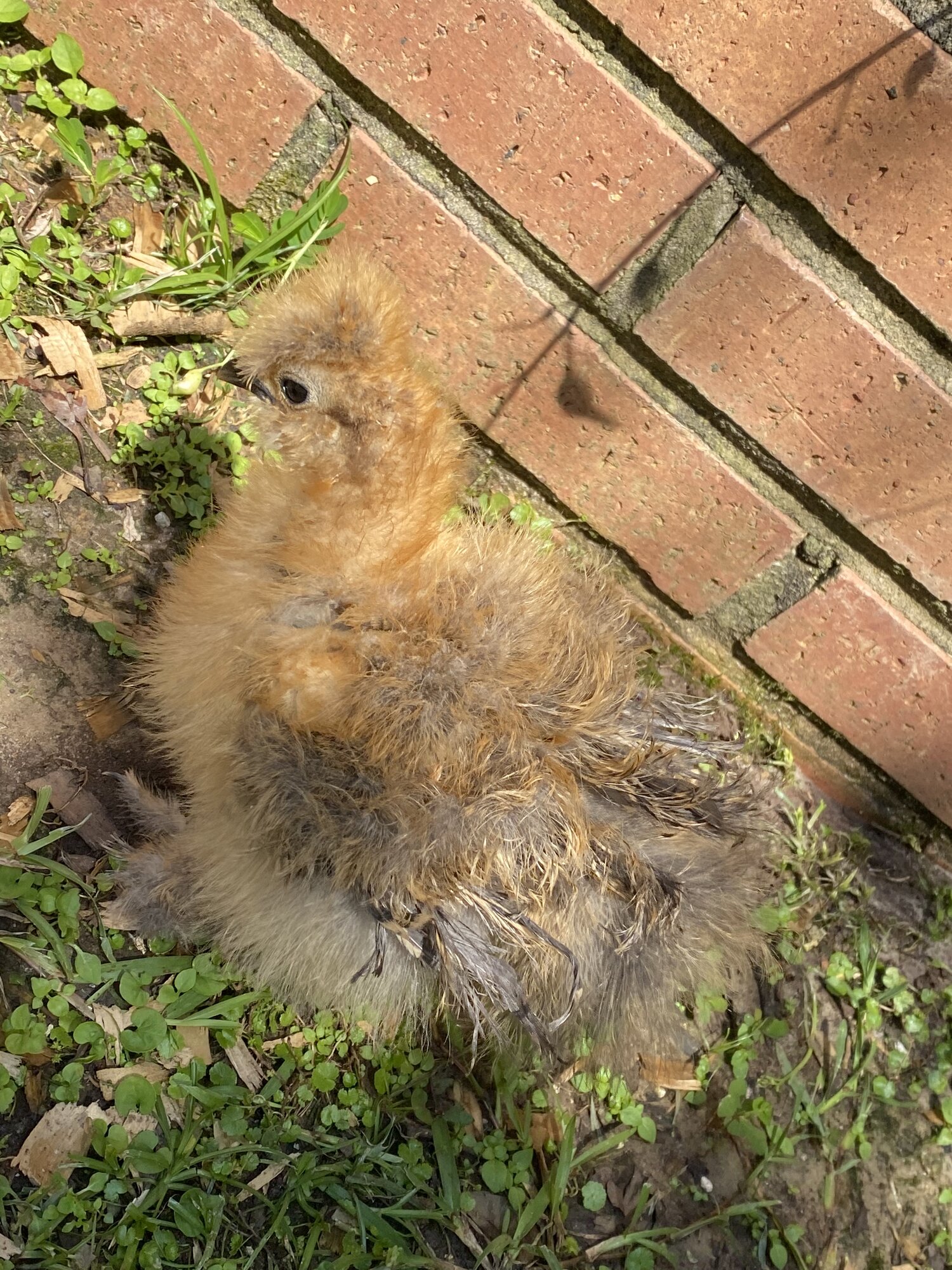 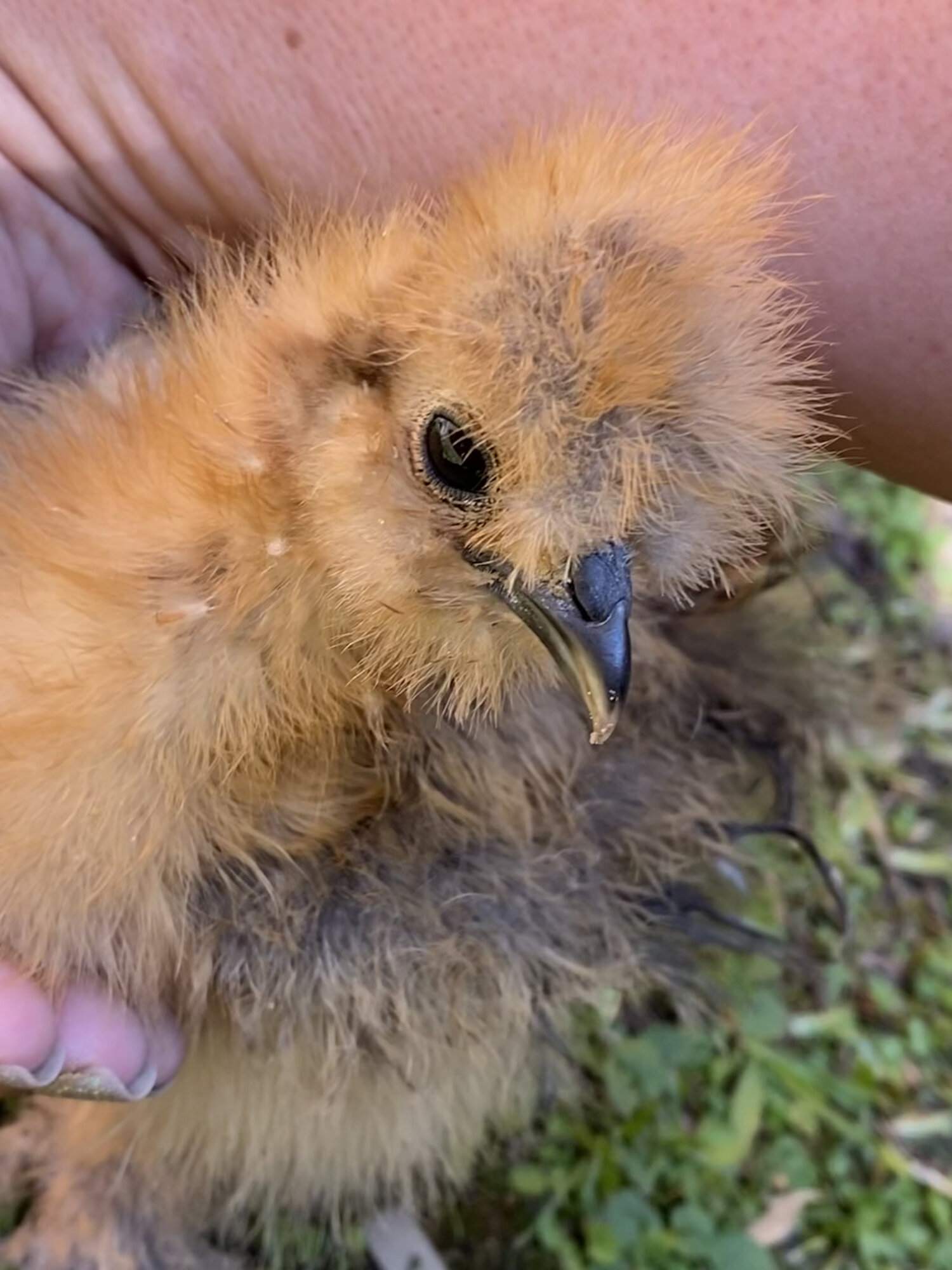 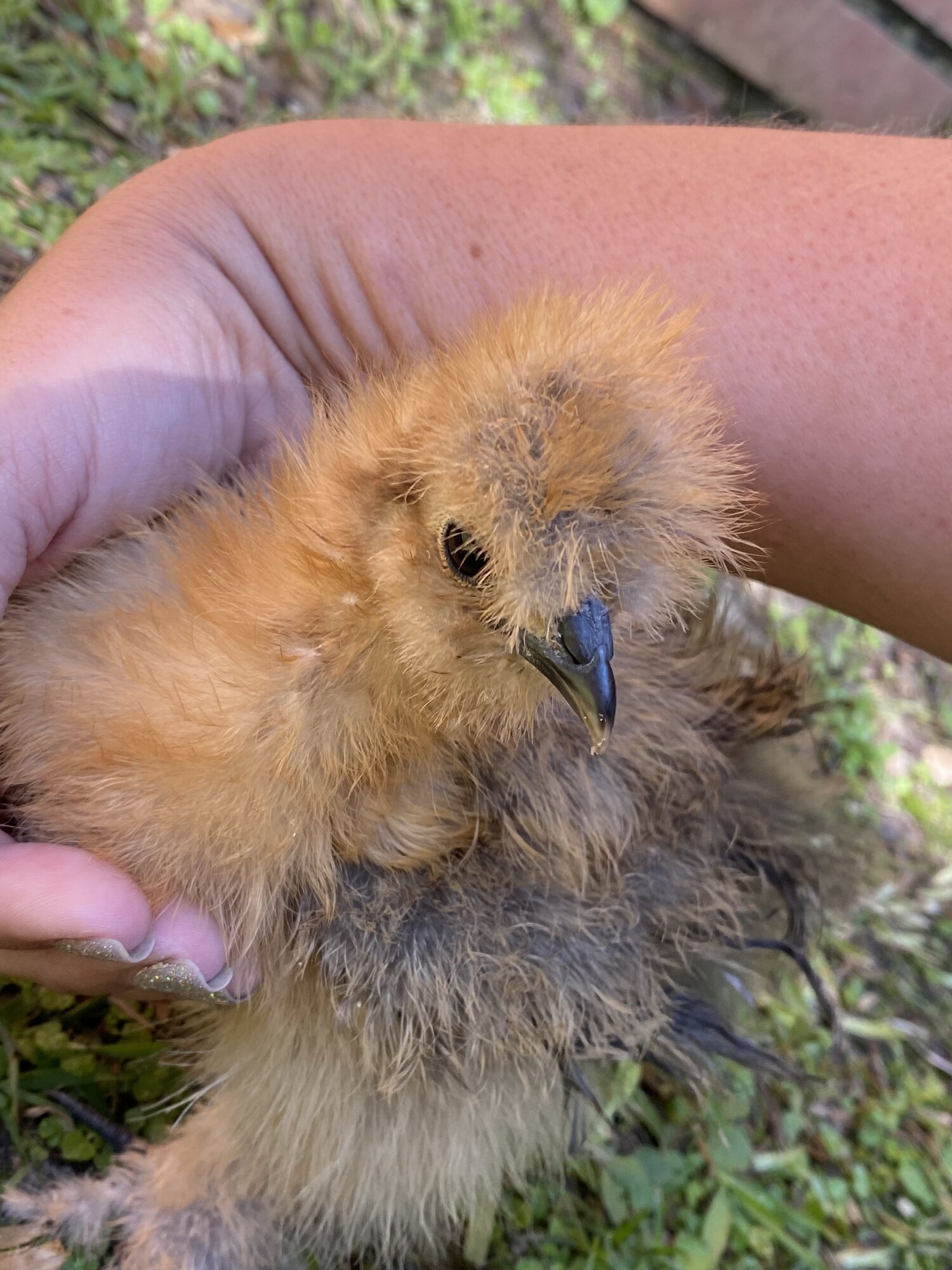 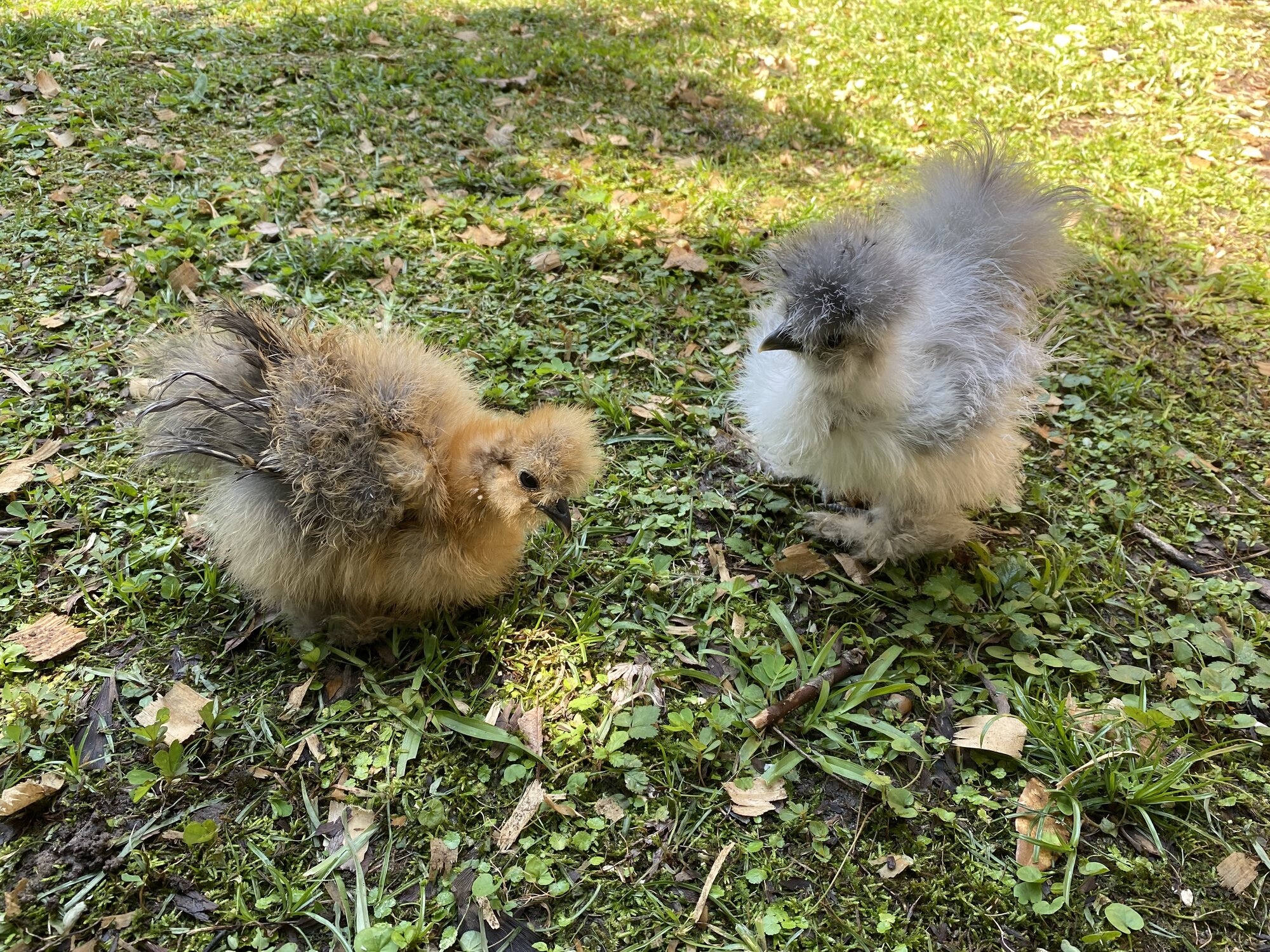 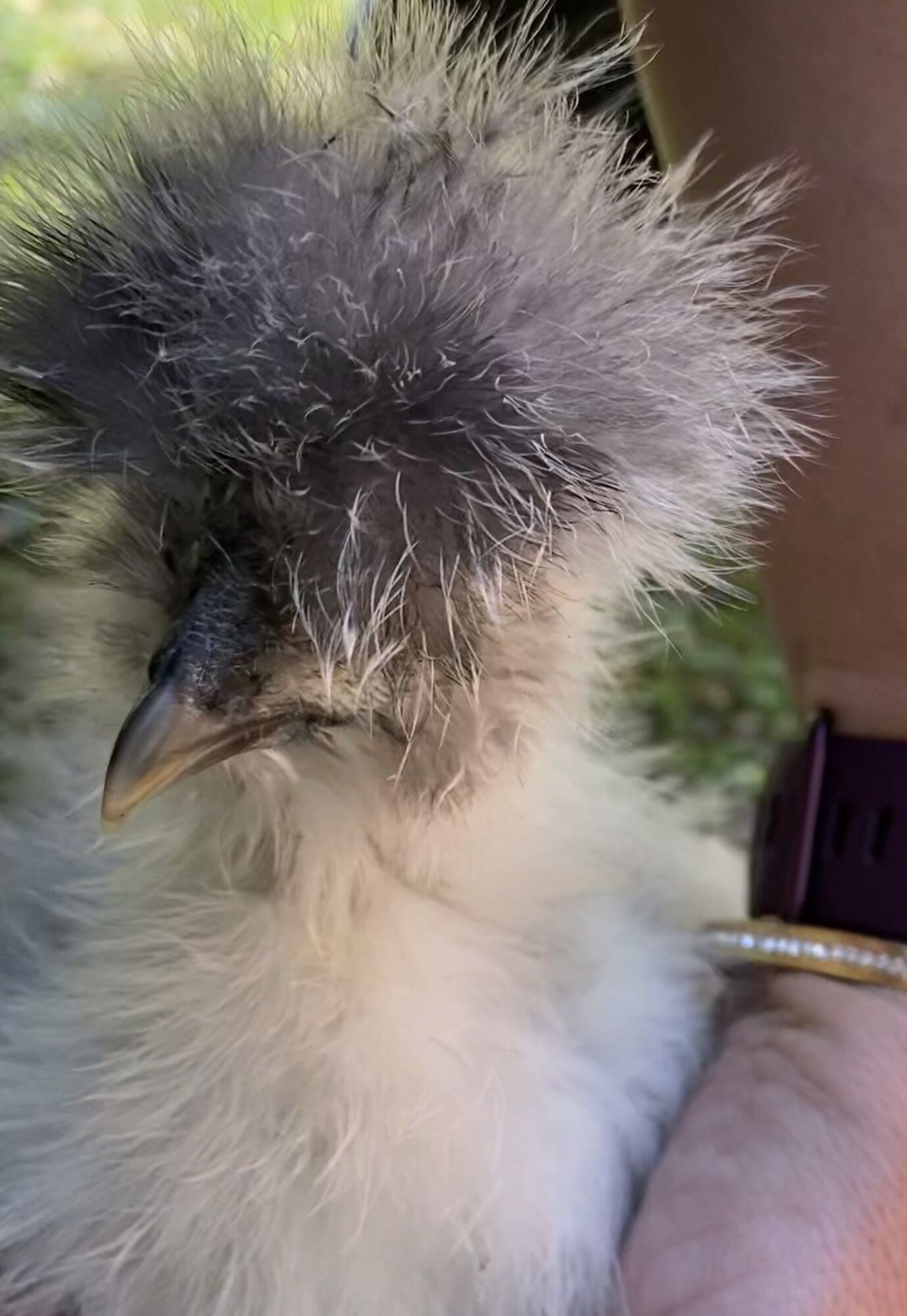 I've started a new thread to try and help find him a new home. Anybody in Southwest Pennsylvania looking for a silkie rooster?

Meanwhile, we established a boys dormitory in the garage for separate sleeping quarters. That way he doesn't wake up the neighbors early.

Thank you to everybody who provided feedback ... even if I held out hope for too long.

What would a sizzle X silkie/EE make?