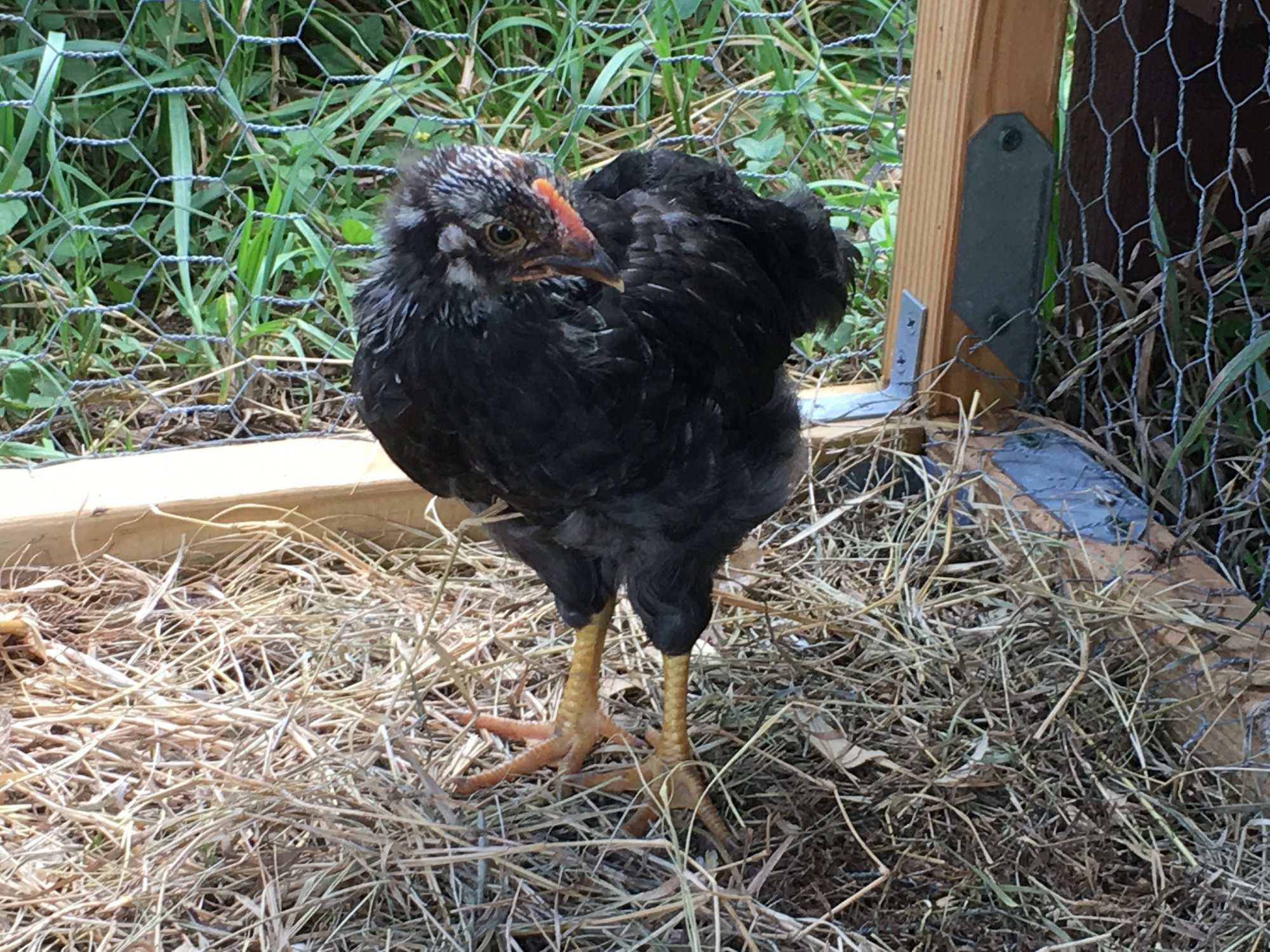 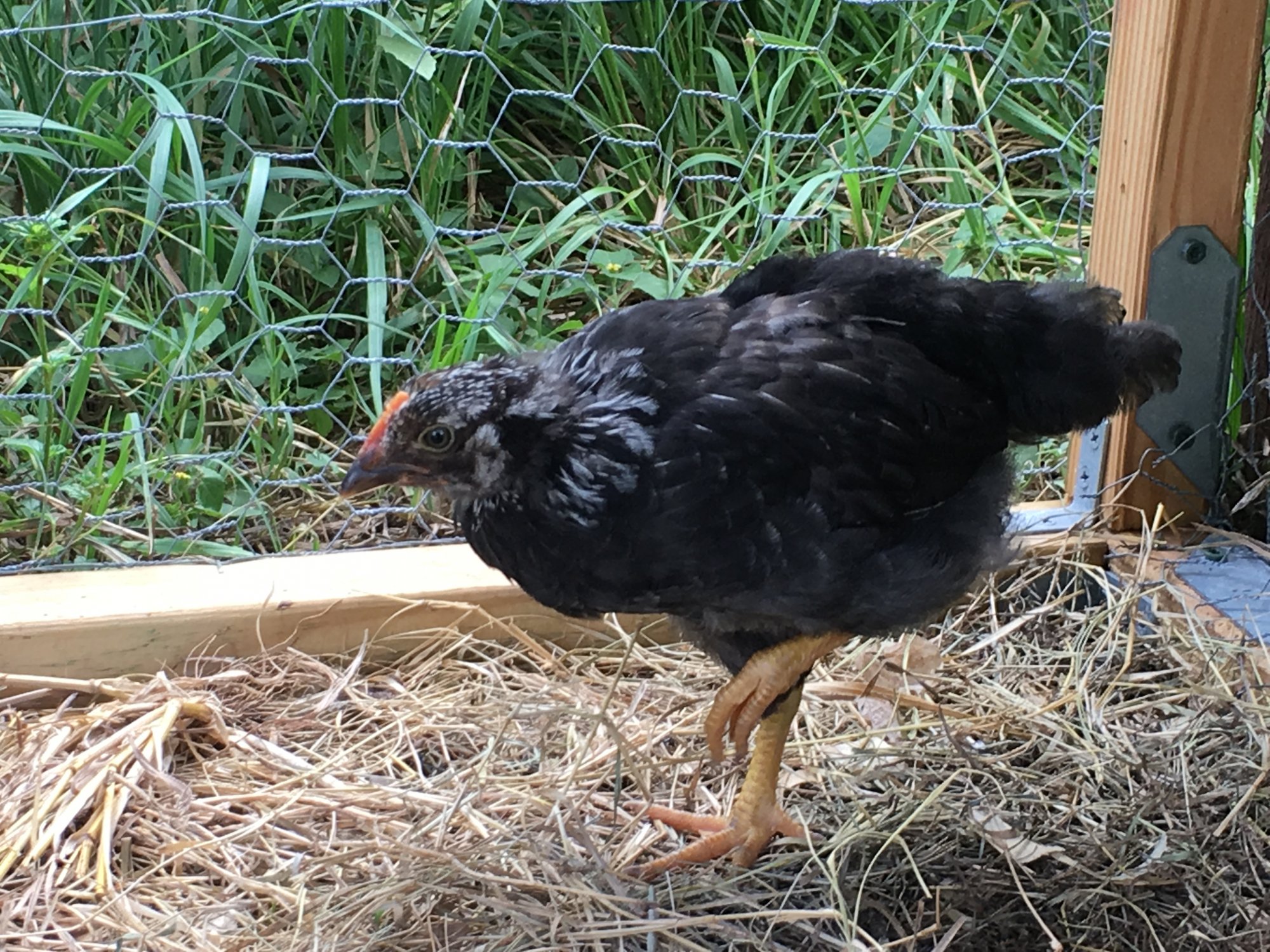 The pictures are of my friend's hatchery SLW chick approx. ~5 weeks old. Pullet or roo? The legs seem thick to me and the comb has some red color. I've heard that males don't have much of a tail at this stage though and this chick has a big tail like my SLW pullets. One of my same aged pullets (not pictured) also looks like the one in the pictures except the comb is a bit smaller (still single combed though) and yellow. Another possible roo?

For such young bird, comb size and color indicate cockerel. Post pics back in 3-4 weeks to assess gender again.

The tail is irrelevant at this age... unless it's a super short stubby tail. Those only happen on males in my experience... but ONLY on very few, most will have standard tails.

I have had a single comb GLW pullet from the hatchery. Never with such little lacing though. The lacing is often a great indicator. Females will get very clear and pretty lacing everywhere. Males will be laced, but at the top of their wings the lacing fades to blotches or bars of the silver or gold color.

Comb color can be deceptive because of flushing. The face being red can make the comb appear that way. Waddle size is a very good clue. Those waddles still look fairly small to me. I agree the legs appear thick. One of the best indicators is also behavior. While girls do chest bump, the boys seem more persistent and run around to face off with everybody as well as running to join in any face offs they see taking place. So adding up all the clues helps.

Based on waddle size only, I would say pullet. But things do change overnight sometimes.

Within the next few weeks it should become very obvious. Just remember that even chicks from the same group will get different levels of growth as they possibly still have different parents.

Your other one with the yellower comb is likely female!

I have to say... you both getting straight comb SLW is enough to make me annoyed. that means one of the hatcheries and their contracted breeders is hiding a straight comb in their mix and putting out birds that do not come close to conforming to standards. They do it to keep fertility high, but it's BS to me!

Wish their was a way to keep them accountable.

Anyways, my GLW with the straight comb was way prettier than the rose comb one.

Thanks for all the responses! I've heard about comb flushing and I've noticed that the chick pictured has had a consistently reddish colored comb ever time I've looked at it. I will also say that my own single comb SLW chick has much more lacing than the one pictured, so I'm much more confident that mine is a pullet than I am of the one pictured. I have three other SLW chicks who have the rose comb, but I was a bit surprised that 2 out of the 5 SLW chicks picked up ended up having singles.