As the title says, I have 5 adorable feather babies! They're Coturnix aka Japanese Quail, such lovely animals, and they grow up so fast!

Super early baby pictures (my 5th hadn't even hatched yet): 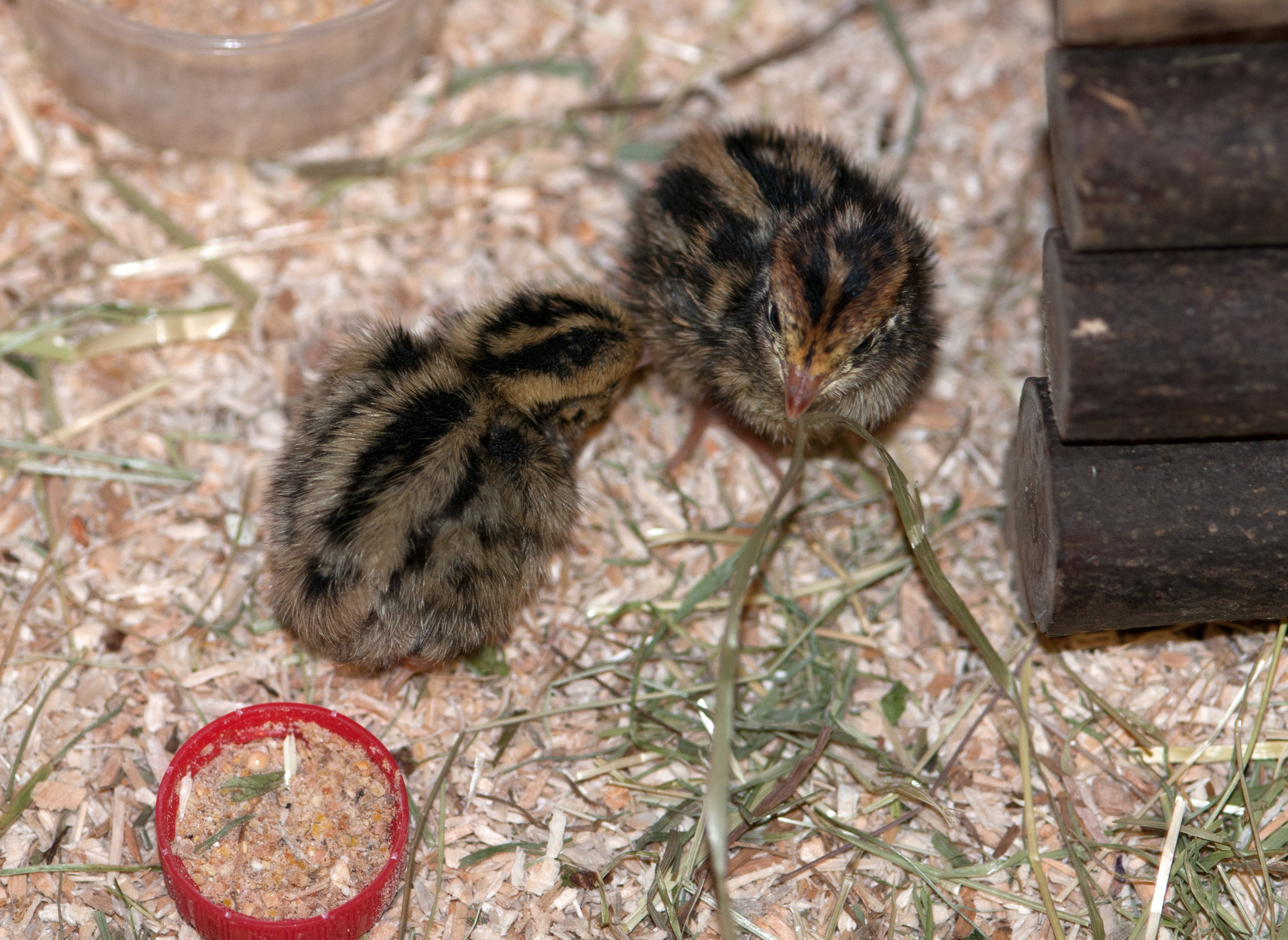 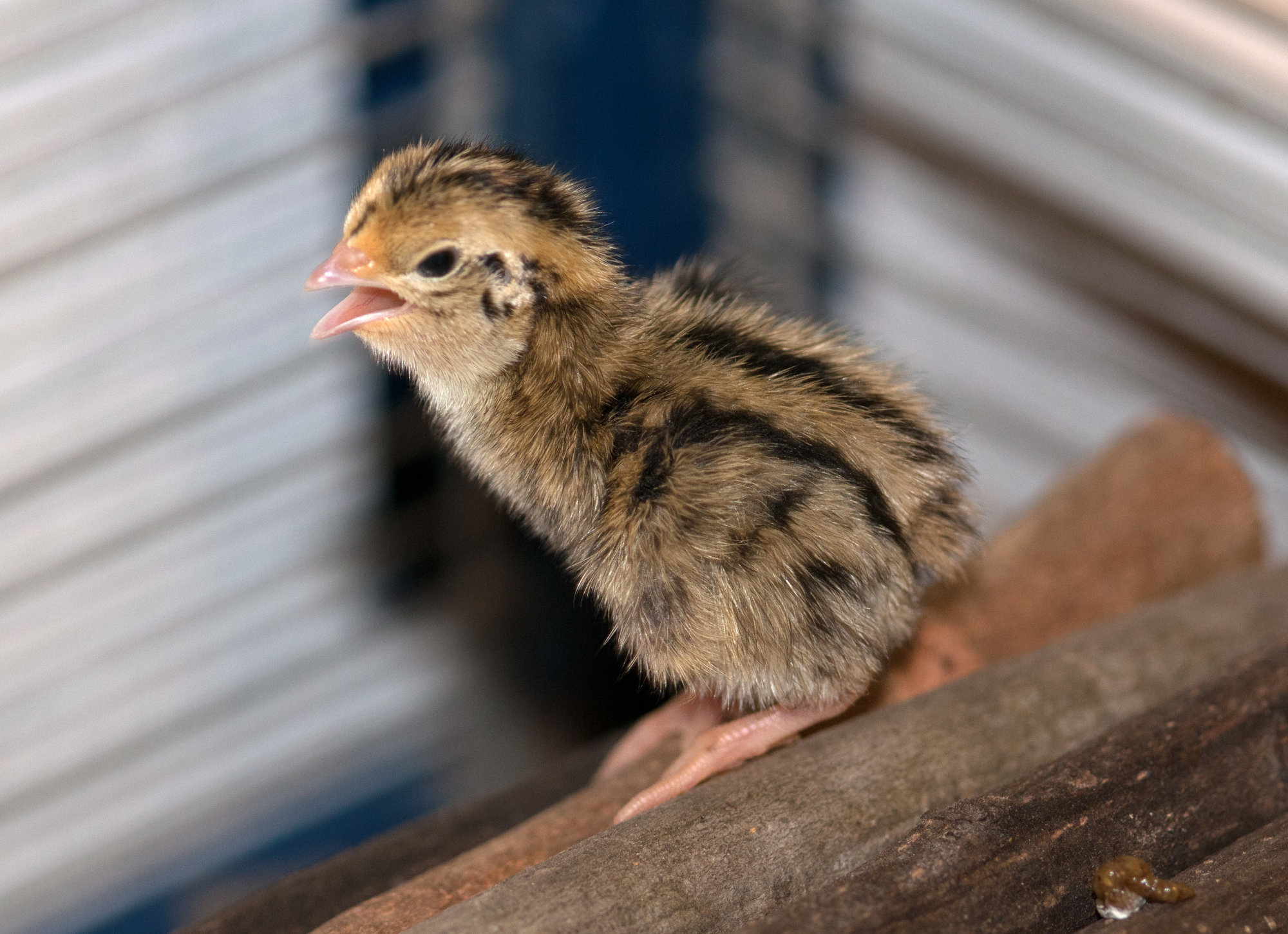 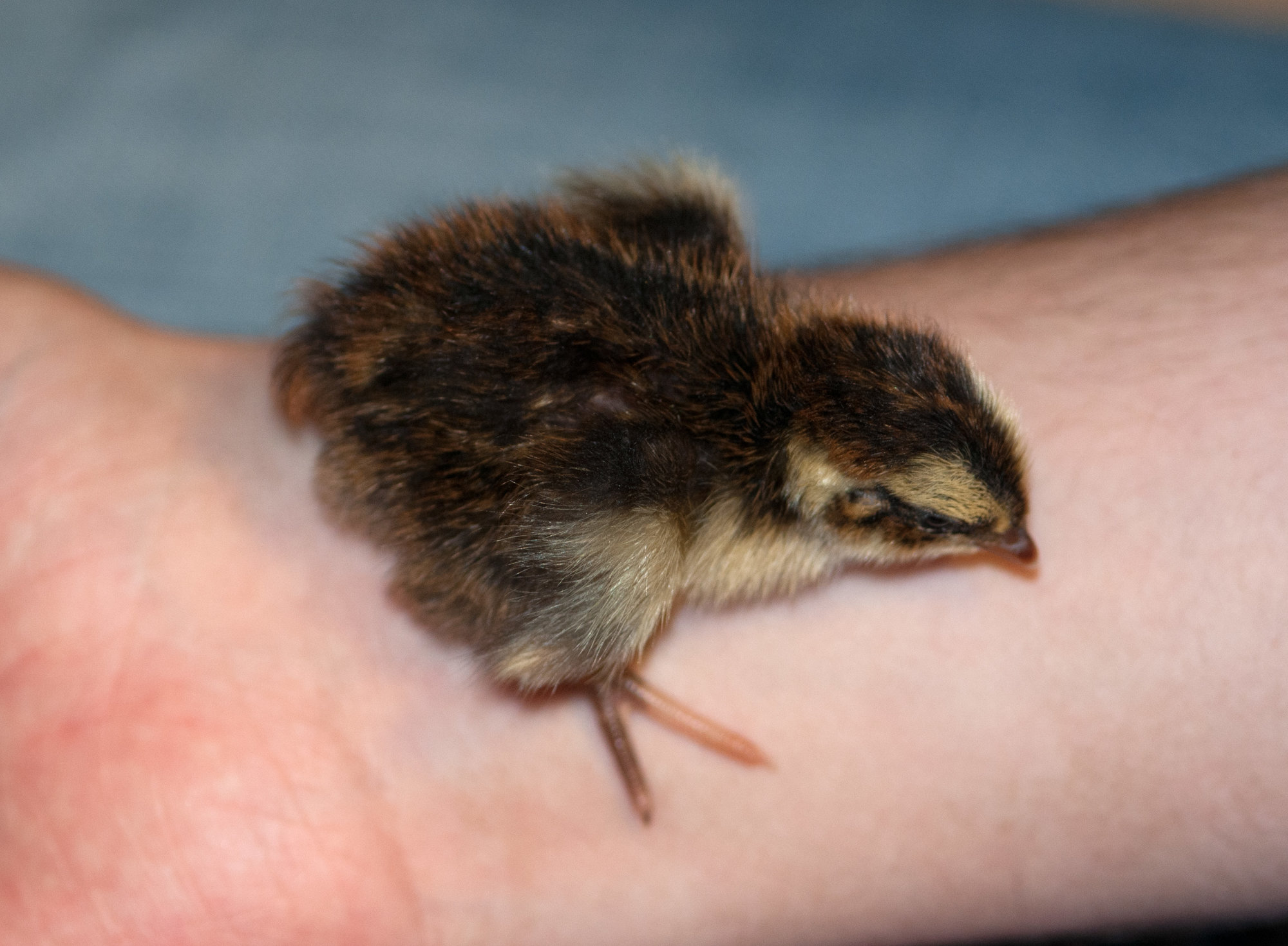 Quark (named after the physics particle). 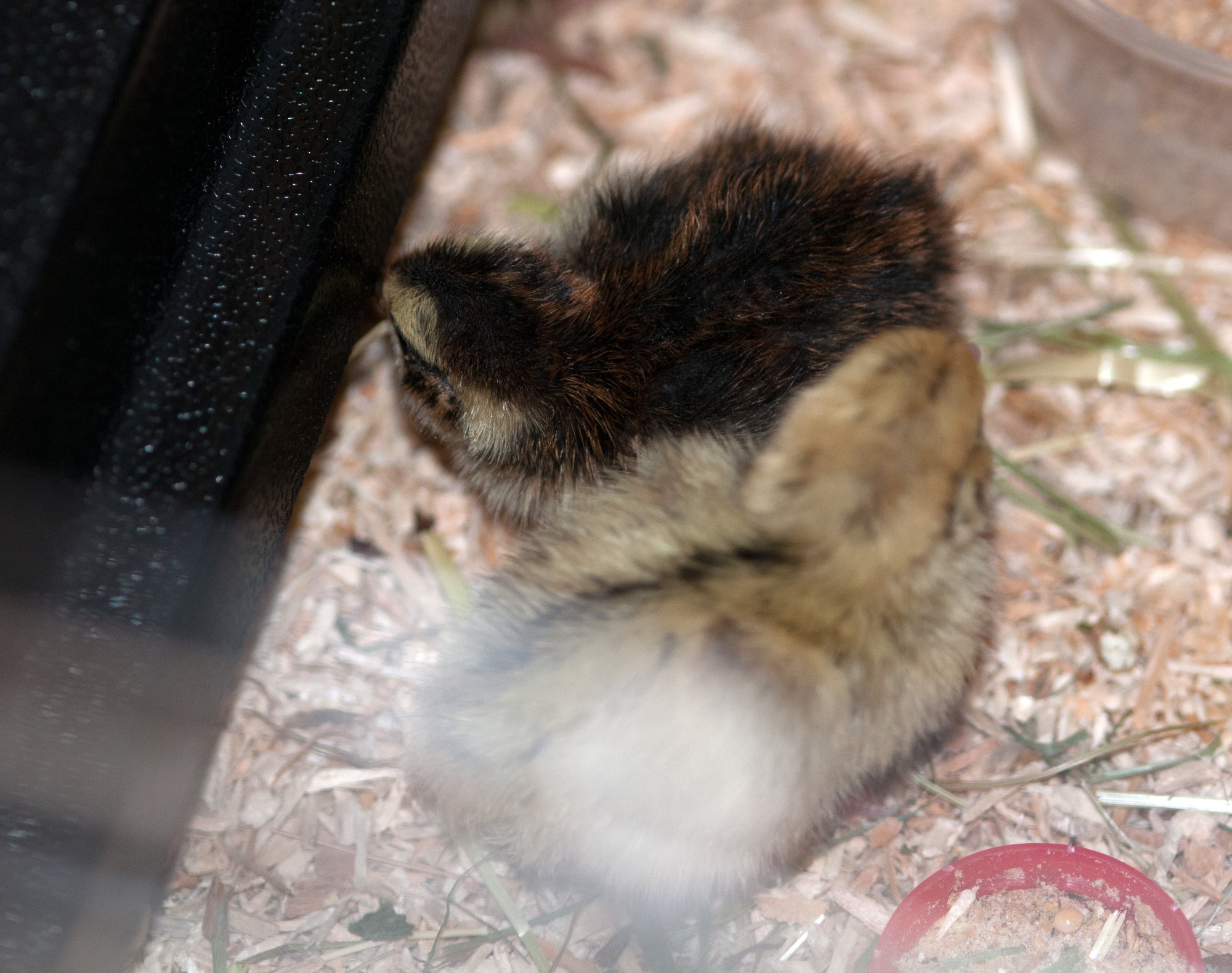 Quark and Cream, unfortunately my cage interfered with the picture.

Later picture of my 5th: 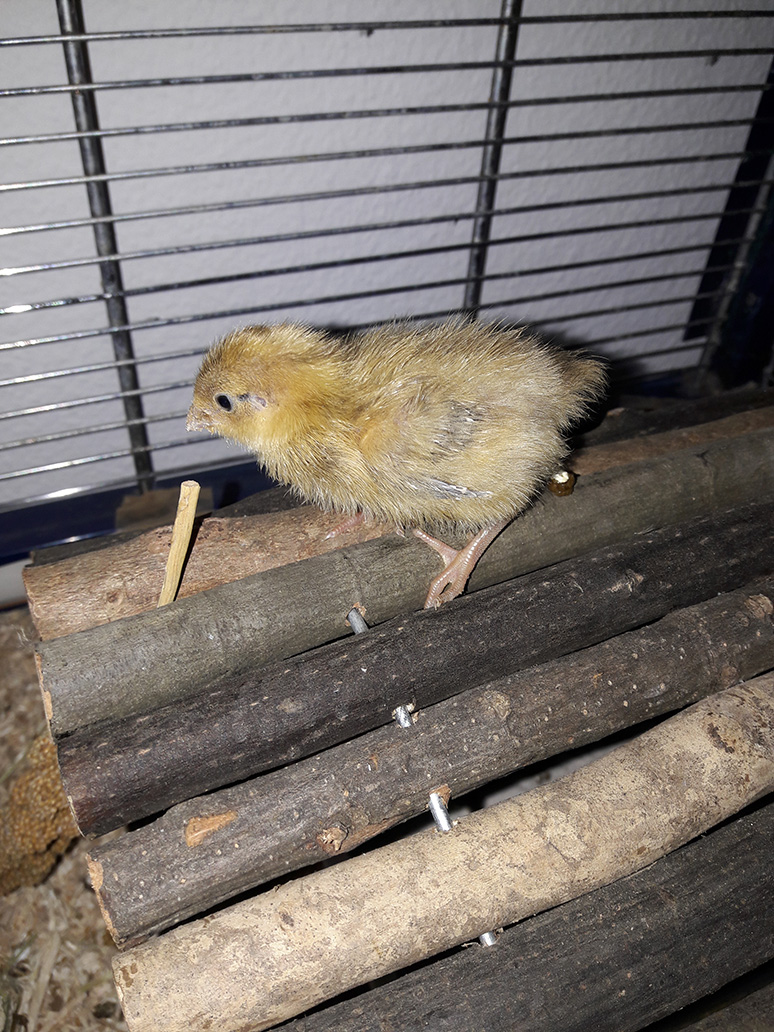 Named Fiver because 5th and last to hatch. 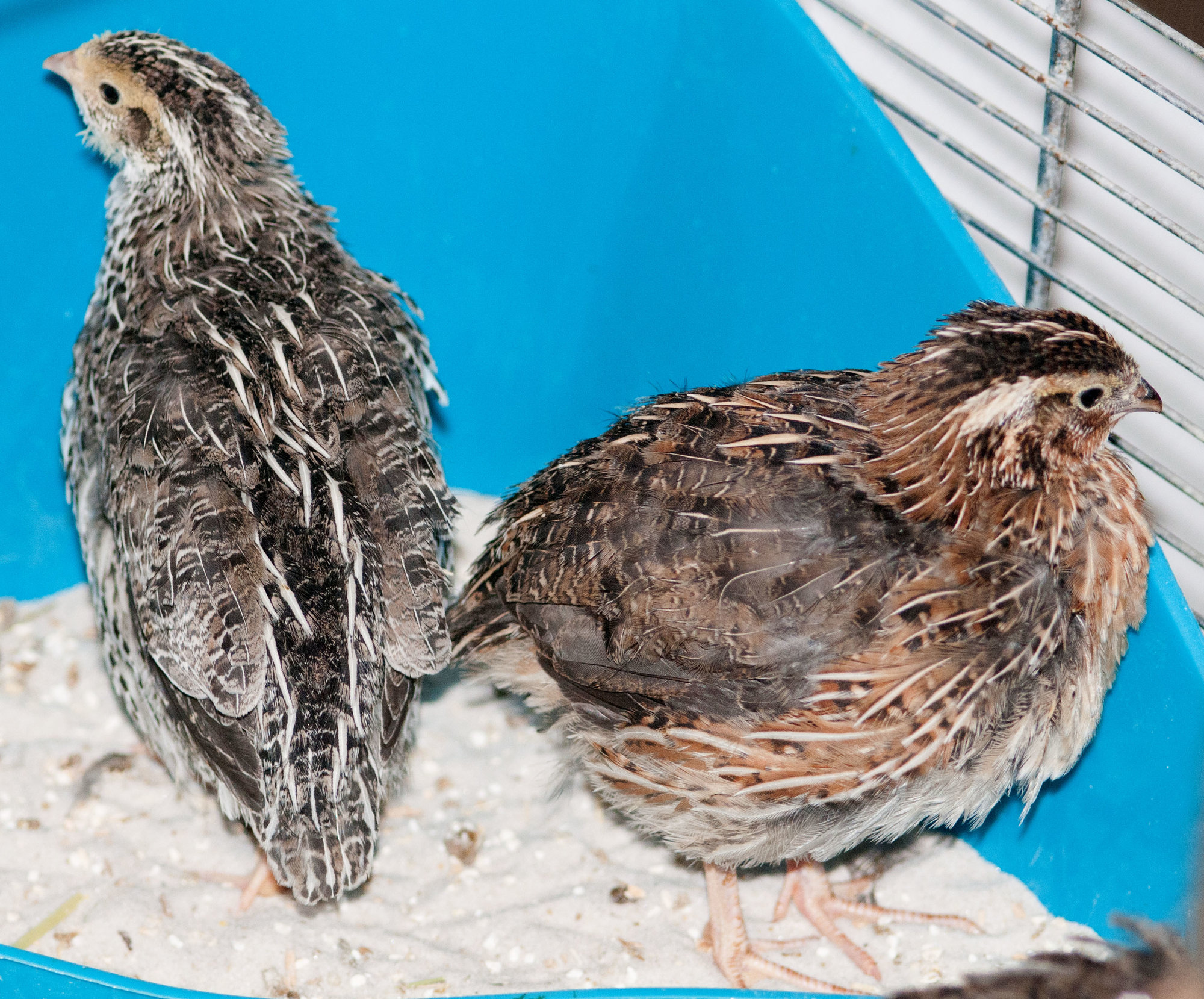 Bibble (left) and Bubble (right) standing in their sandbox. 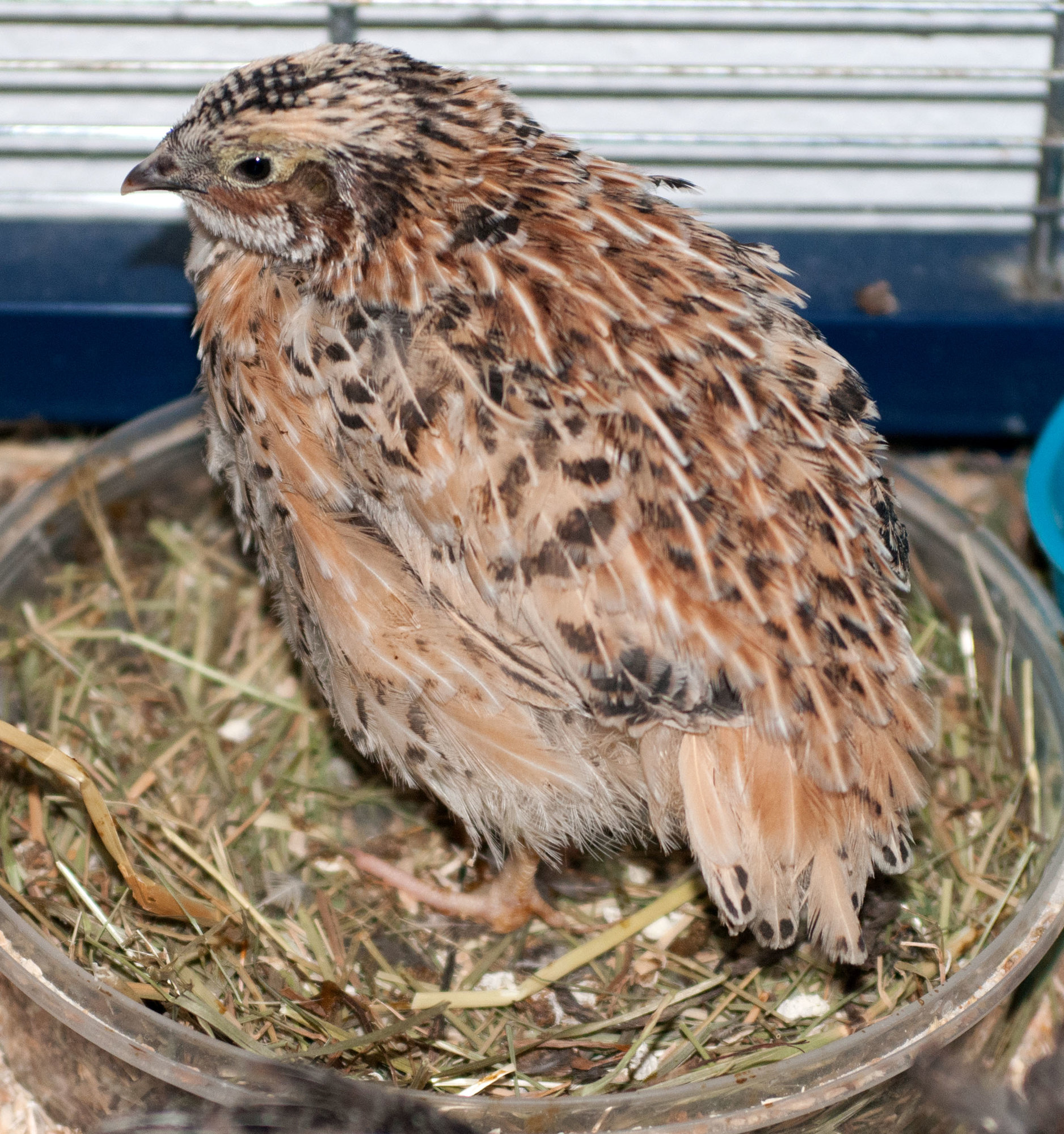 Cream standing in the "nest". 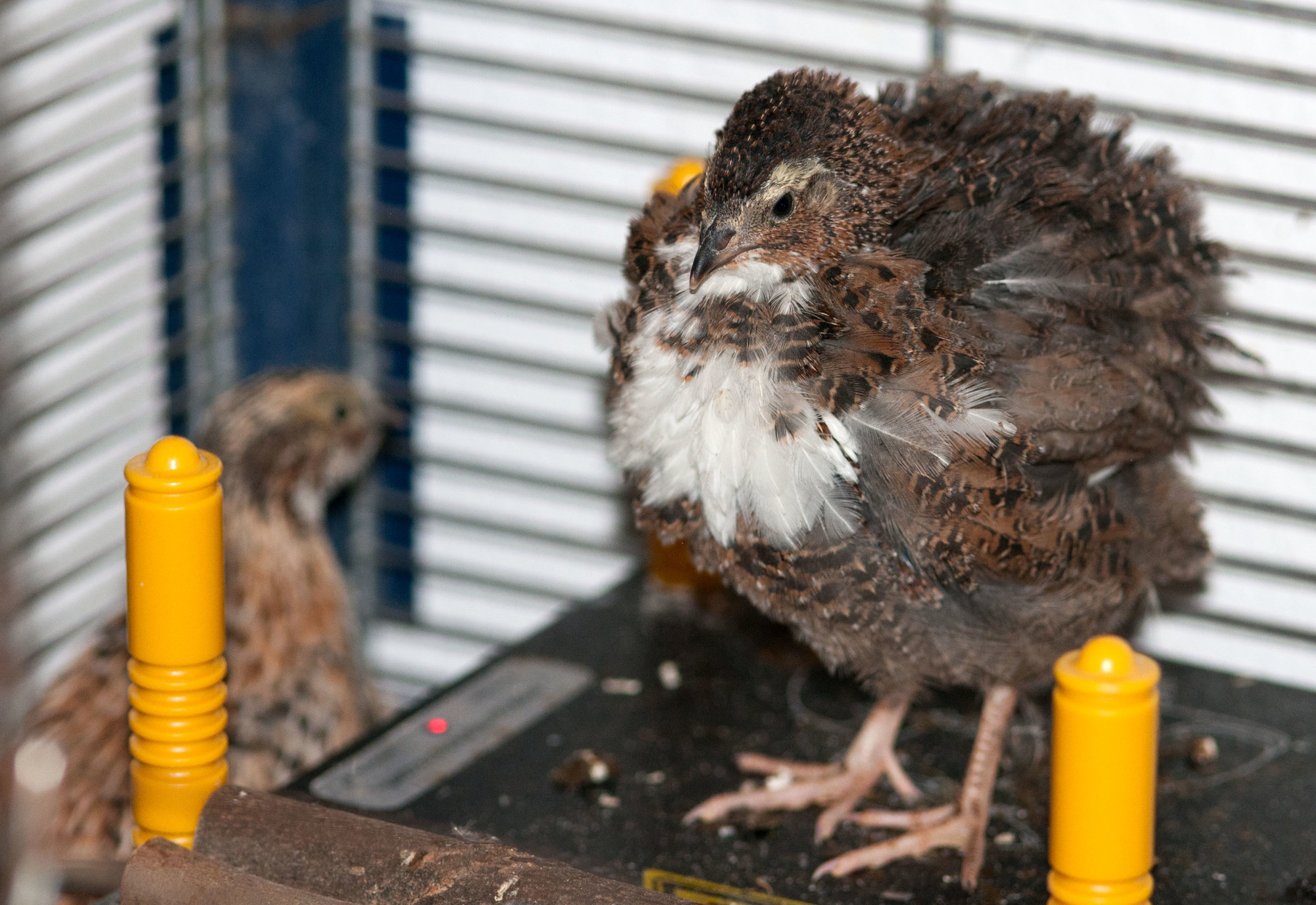 Quark being a fluff atop the heat plate. 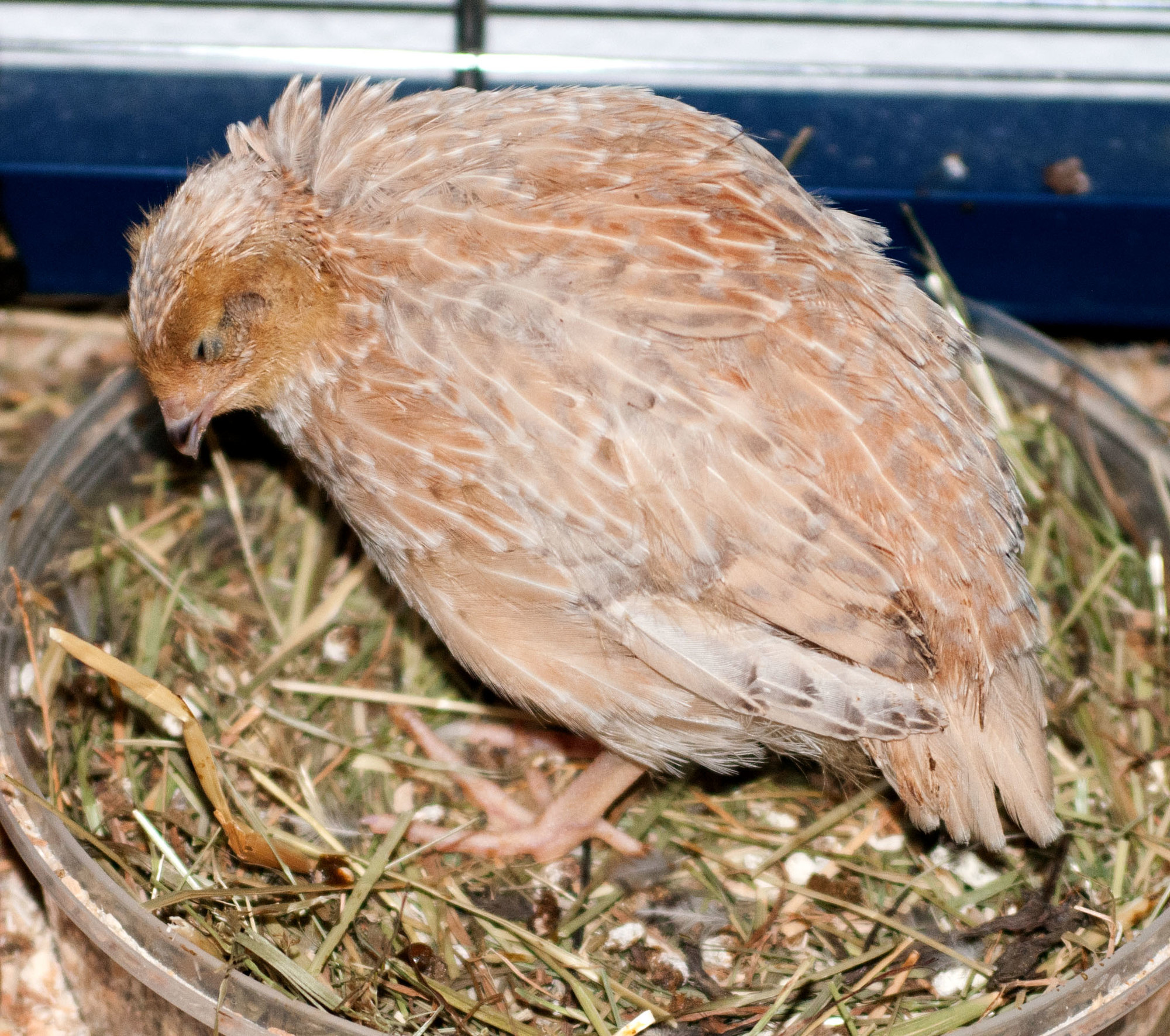 Nice view of Fiver, still a bit smaller than the others at the time. 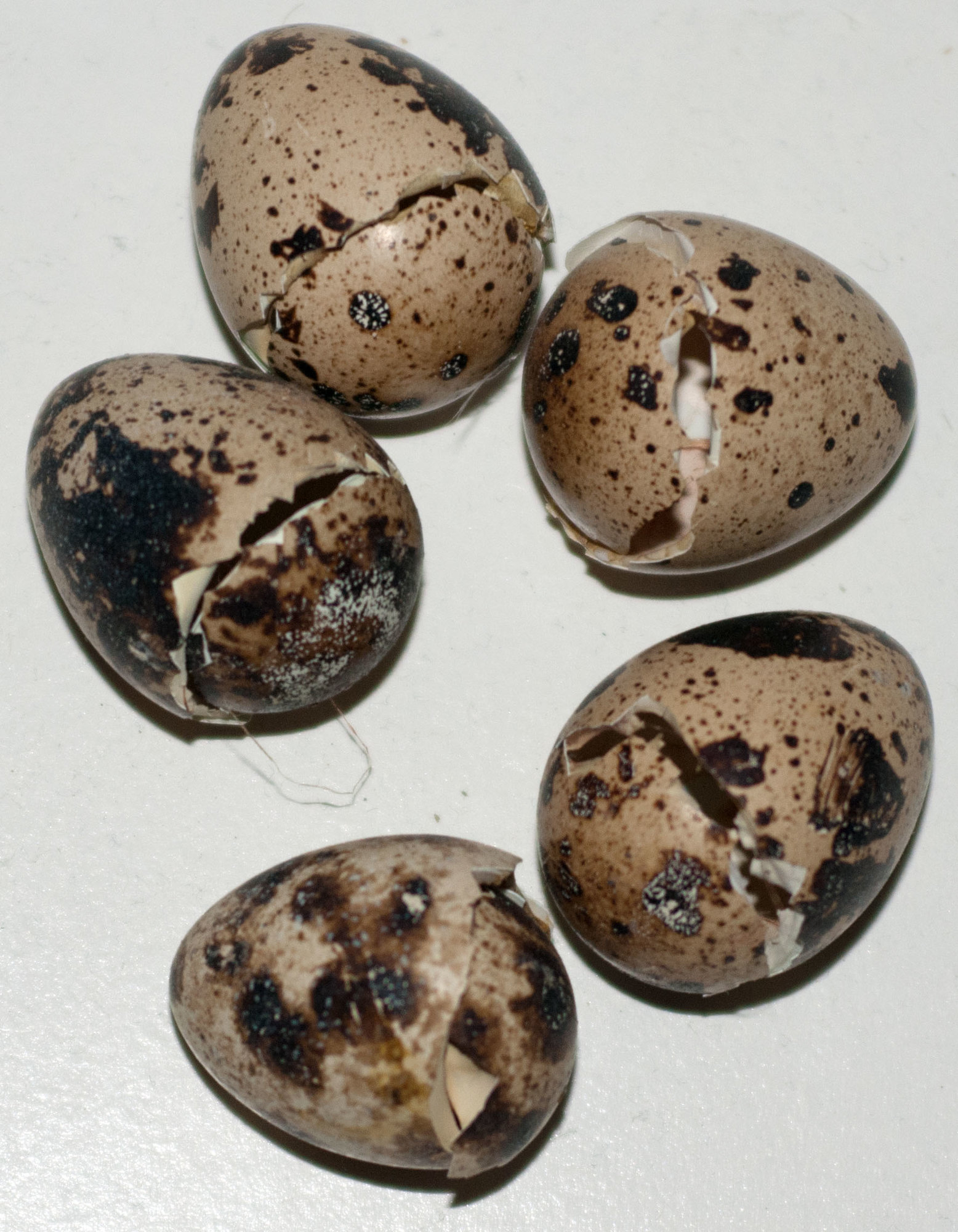 The eggs they hatched from.

Until today they were all kept in an old parrot cage that acted as their brooder cage with a heat plate in it. The heat plate worked amazingly well btw, would definitely recommend. Took out the heat plate a couple days ago when they got old enough to make their own heat, plus they're indoors so it's generally pretty warm anyway.

Bibble (female based on pattern) then started pecking at the others too, which I hadn't been expecting. When I moved her into the transport cage with Cream, both of them immediately calmed down and laid down together. Apparently they had bonded, guess I'll be keeping them together then.

Assuming the remaining three get along (they might not if Quark turns out to be a male) I'll just get a second proper cage for Cream and Bibble. Probably easier than getting one really big cage for all of them like I was going to do.

So yea, that's me. Hello people of BYC!

Those babies are gorgeous little critters! The eggs are beautiful, as are the tiny quail. How exciting for you! Thanks for sharing the pictures of feathery little perfection.

What adorable babies, and great pictures of them.

Feel free to ask questions, there are so many wonderful and knowledgeable people who will answer them!

Enjoy your time on this amazing site!

Hi and welcome to our community and thanks for sharing your pics.

This is a useful link of BYC guides to take a look at announcements-feedback-issues-guides.3 I’d suggest including your location using the guide in that link. You can use this link to contact members in your area - Find your State's thread.

We are glad you joined this flock!
Jump right in and make yourself at home.

BYC has an APP!

Pretty little birds, thanks for sharing pictures! In case you haven't found the Quail forum yet, here's a link to take you there:
Quail

Hello there, @Anorakei! Welcome to byc!

Thanks for giving pictures! They are very cute

HAPPY HOLIDAYS FROM MY FAMILY TO YOURS!

Welcome to our FUN-omenal community!

best wishes and have lots of FUN with your gorgeous flock!!!!

Hi and welcome to BYC

We're so happy you've decided to join us