Hi! I have three six-week-old chicks, and am keen to know their sex! The brown one is a Wheaten Marans, the splash with the long tail is an Andalusian, and the lavender is a blue-egg-laying mix who looks very Araucana-ish. The lavender mix has no comb or wattle to speak of, but the area where a comb would be is VERY pink compared to the other two. Do we think it's a boy? What about the others?
I was really hoping for three pullets, so if I purchased one more six-week old pullet now, would the others accept her? We also have one senior chicken (6 years) who isn't being super welcoming - the chicks currently get to forage in a cordoned off part of the run during the day, and go back in the brooder at night.

Thanks in advance for your expertise, poultry-friends! 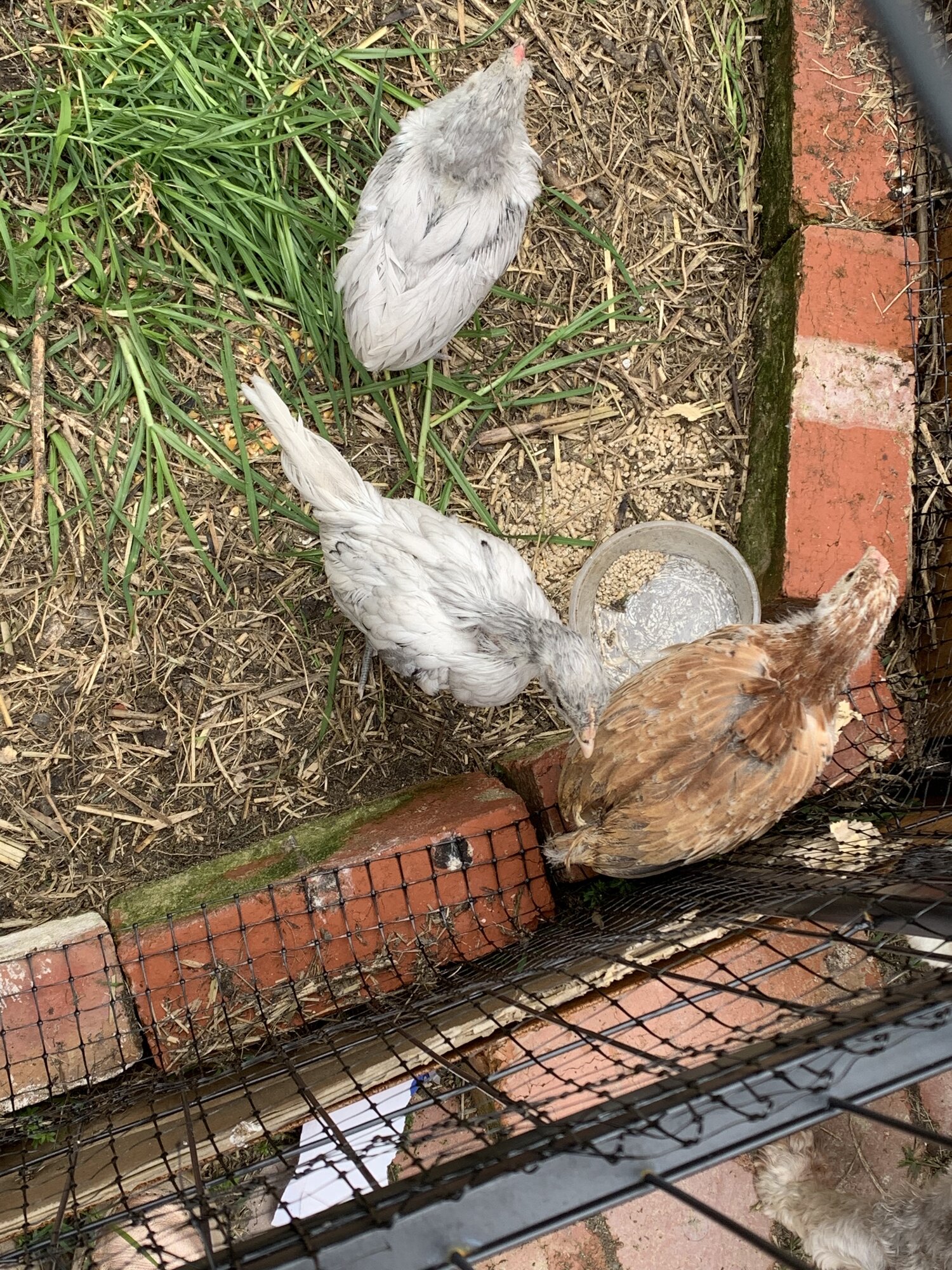 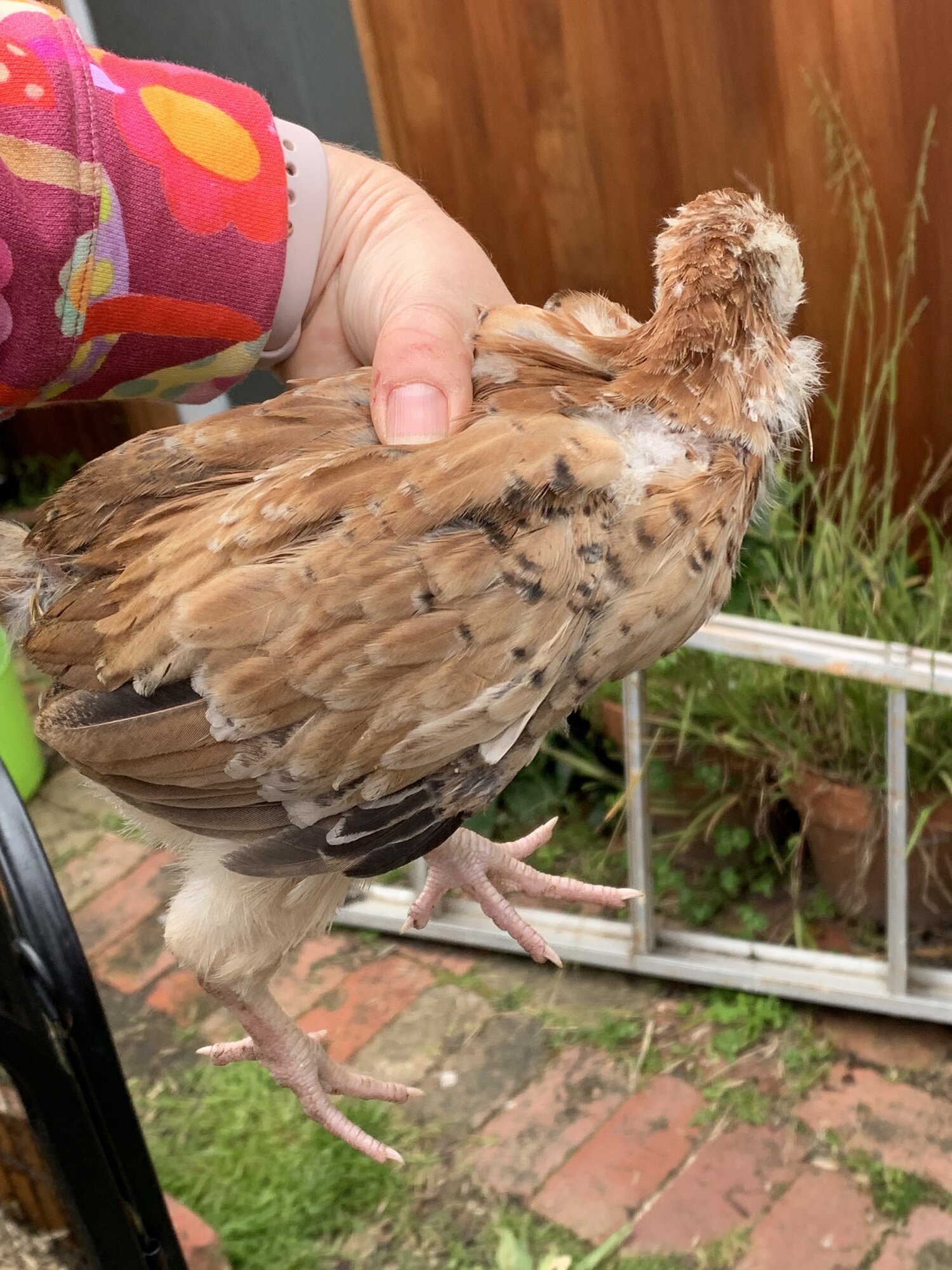 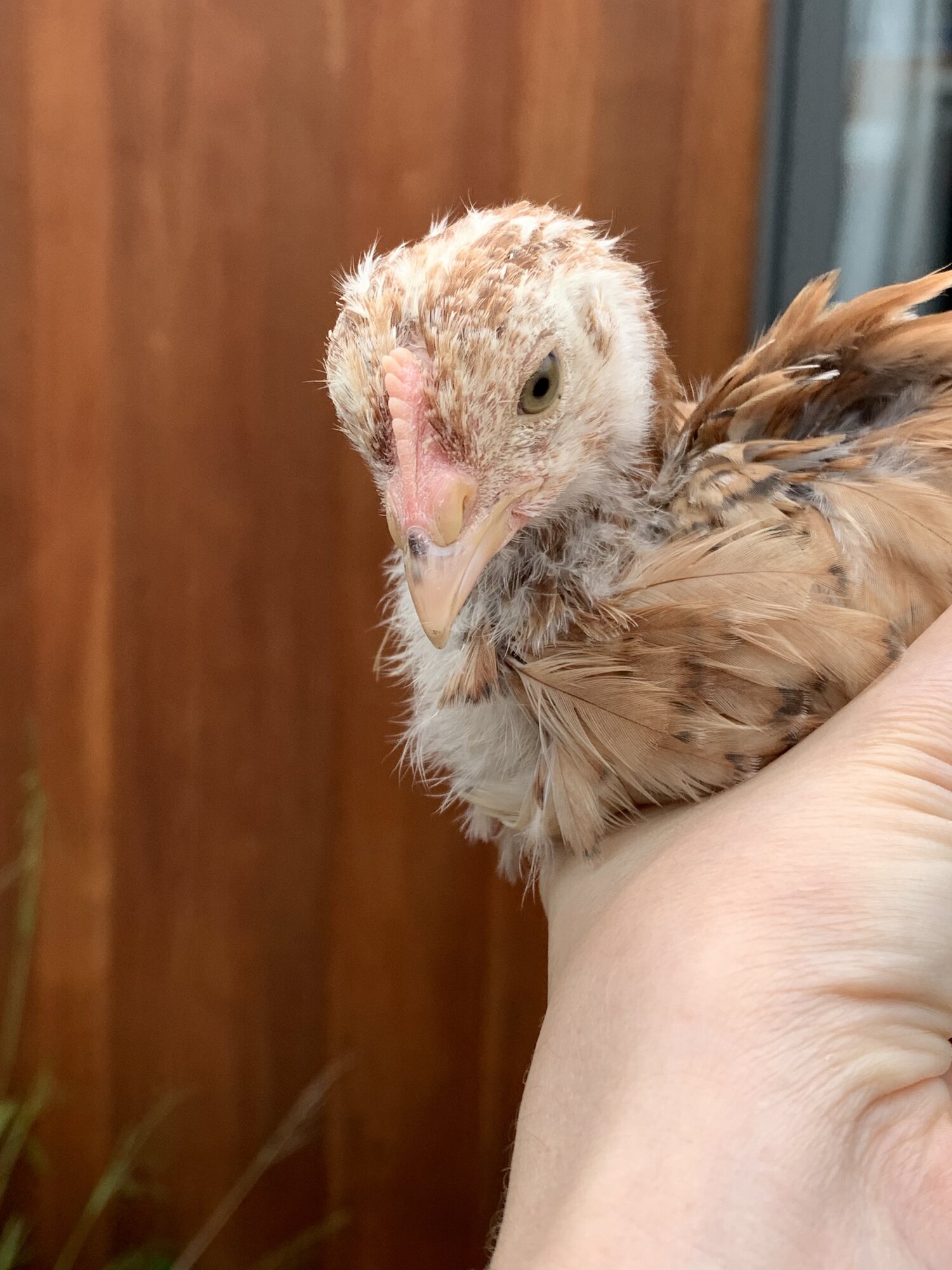 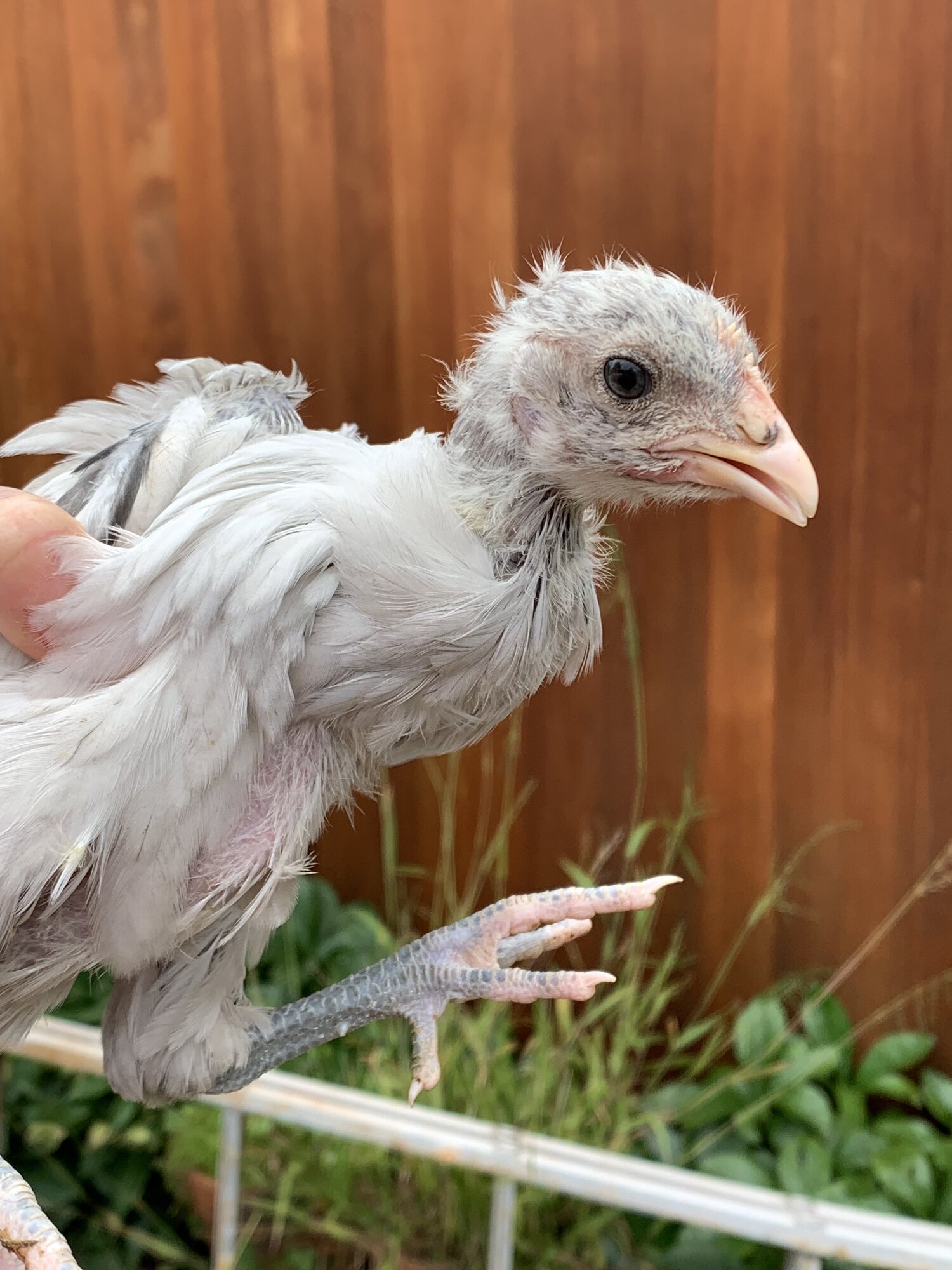 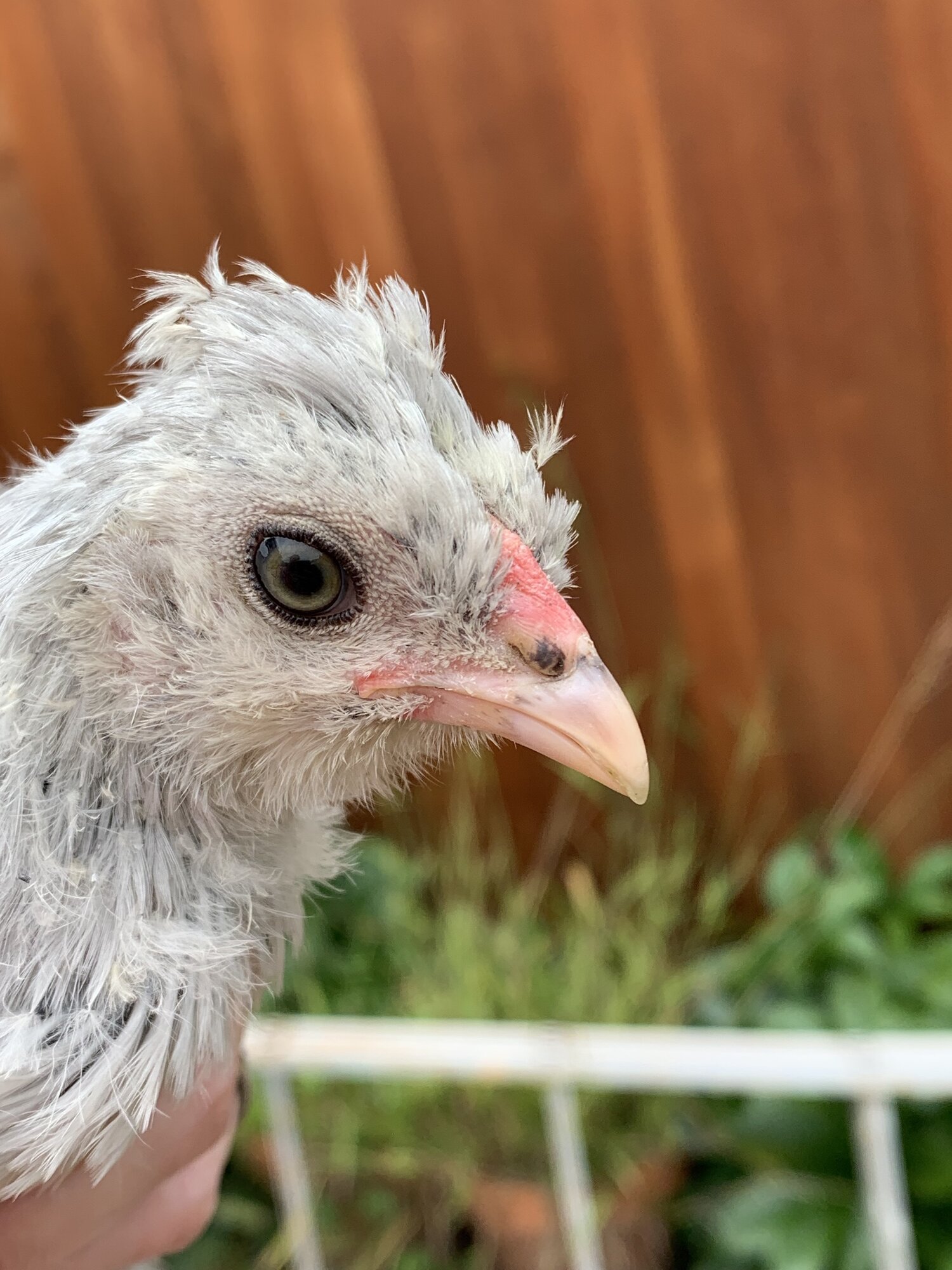 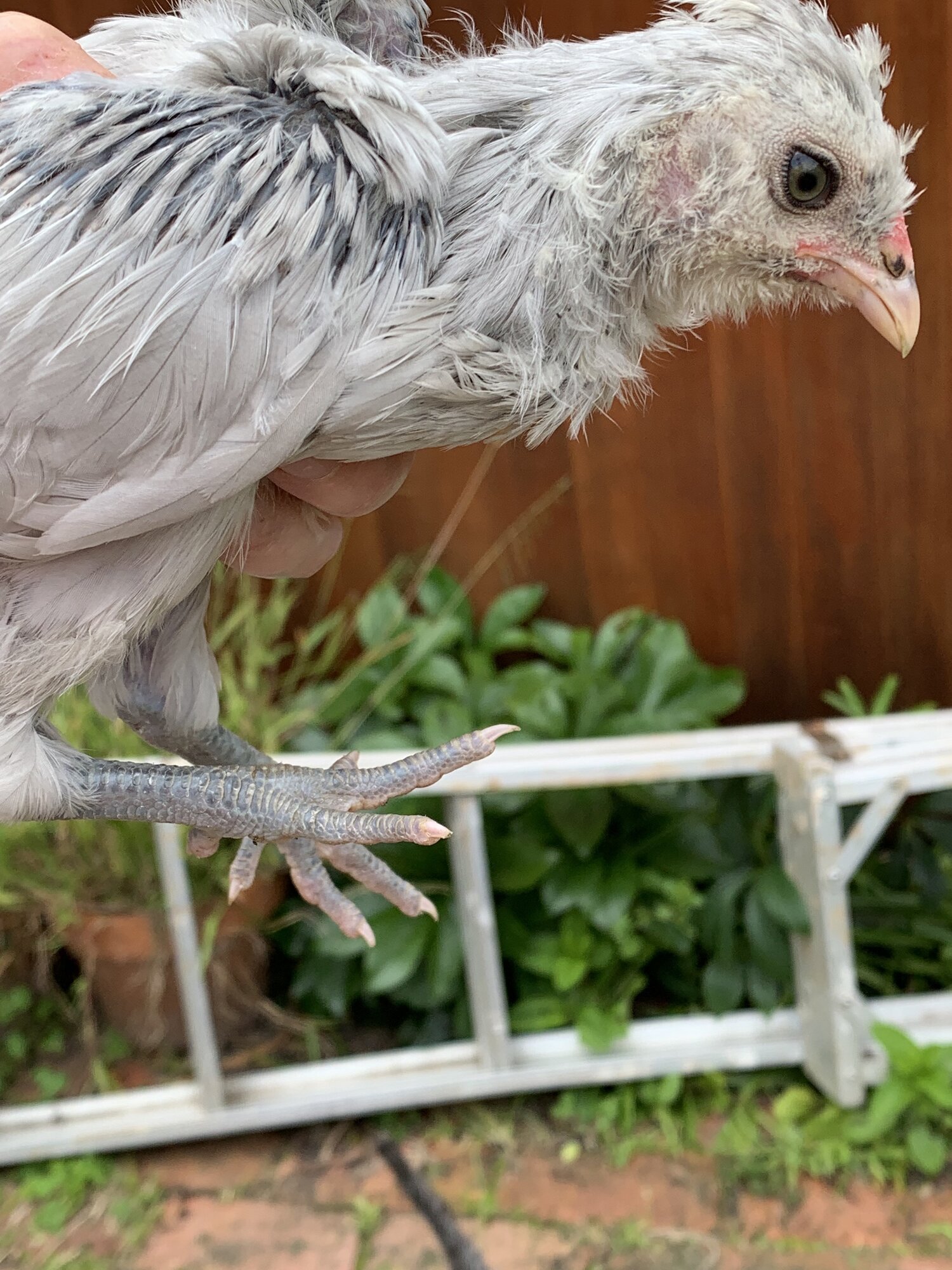 They all look female to me. I'm on the fence about the last one.

Yeah, I agree. First two are pullets, last is a little questionable due to the early color in the comb. So maybe repost new pictures of that one in a couple of weeks.

Agree with the others. Keep an eye on the last one. The other two are pullets. 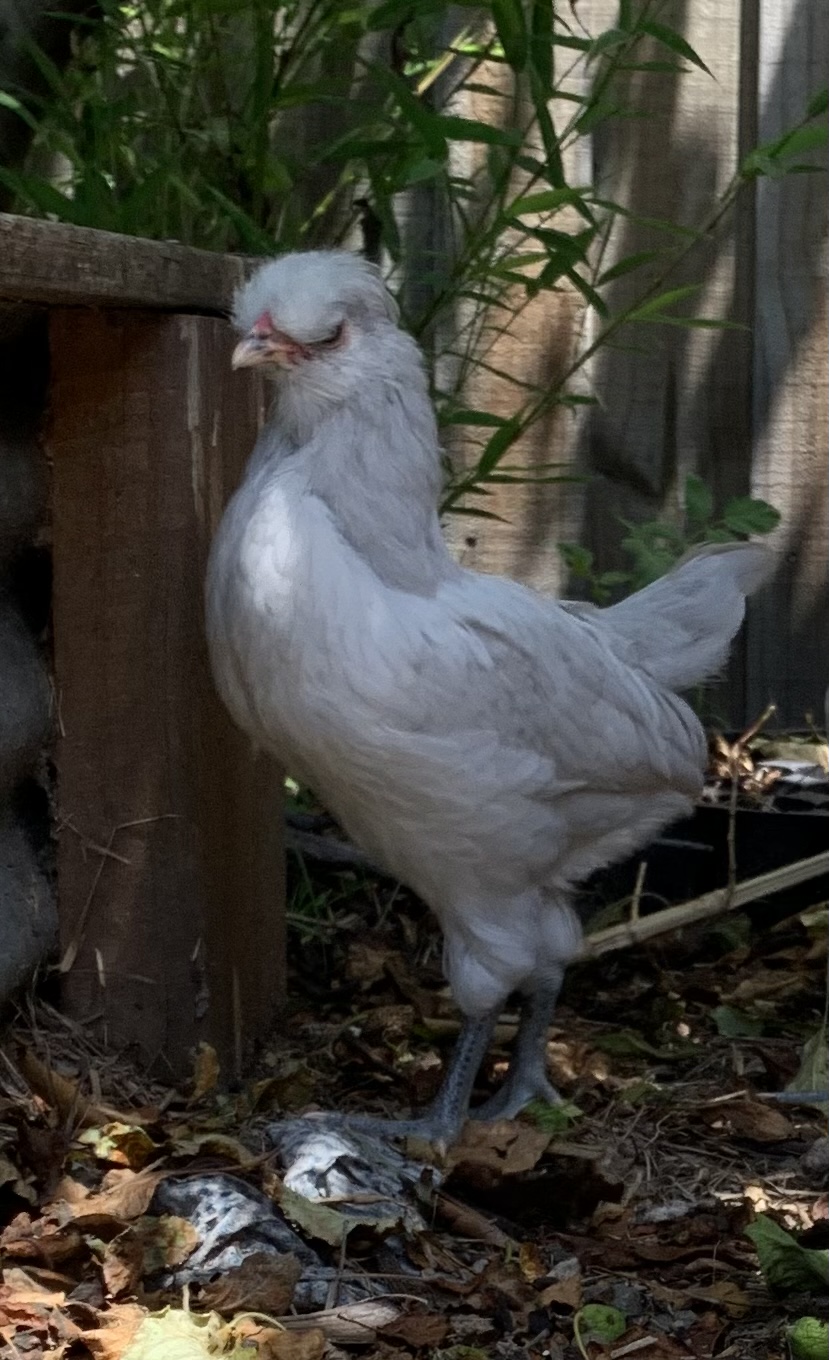