All of my 6 buff orpingtons somewhere between 8-9 weeks old are starting to get a new set of darker tail feathers starting at the top of the tail. I've looked at a whole bunch of pictures of similar age orpingtons and still am having a hard time with what gives away hen vs. roo for the breed except in cases where cockerels have gotten large combs/wattles early on - which none of mine have.

Dimple has just gotten new tail feathers at the top though that are about twice as long as everyone else's, which is making me wonder given that she also makes weird noises. She sometimes does a thing where she sticks her neck out a bit horizontally and makes a long noise, but she's done that ever since I got her as a chick a few days old. It started as just a high pitched "eeeee!" when I first got her and was usually in response to a hand approaching (she hated being picked up then) but lately she just does it for no apparent reason and as her voice has gotten deeper it's a pretty awful sound lol. None of my others make any comparable awful screeches unless they get jumped on.

None of my chickens have any real comb or wattle development so far. That made me think pullet for Dimple just like everyone else until the tail thing this past week. The indoor pic is at a bit of an angle; outdoor pic has the tail exactly side on. 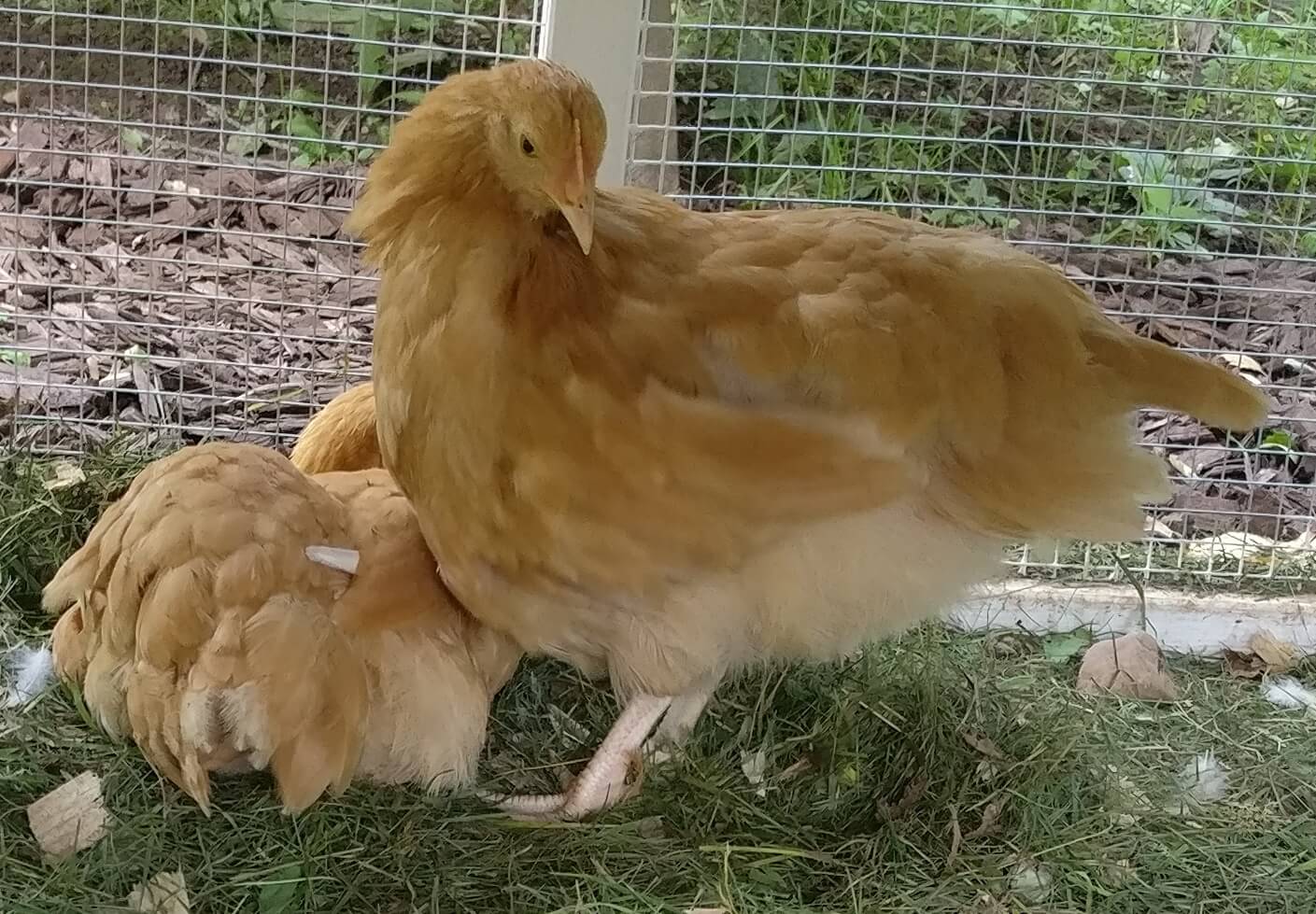 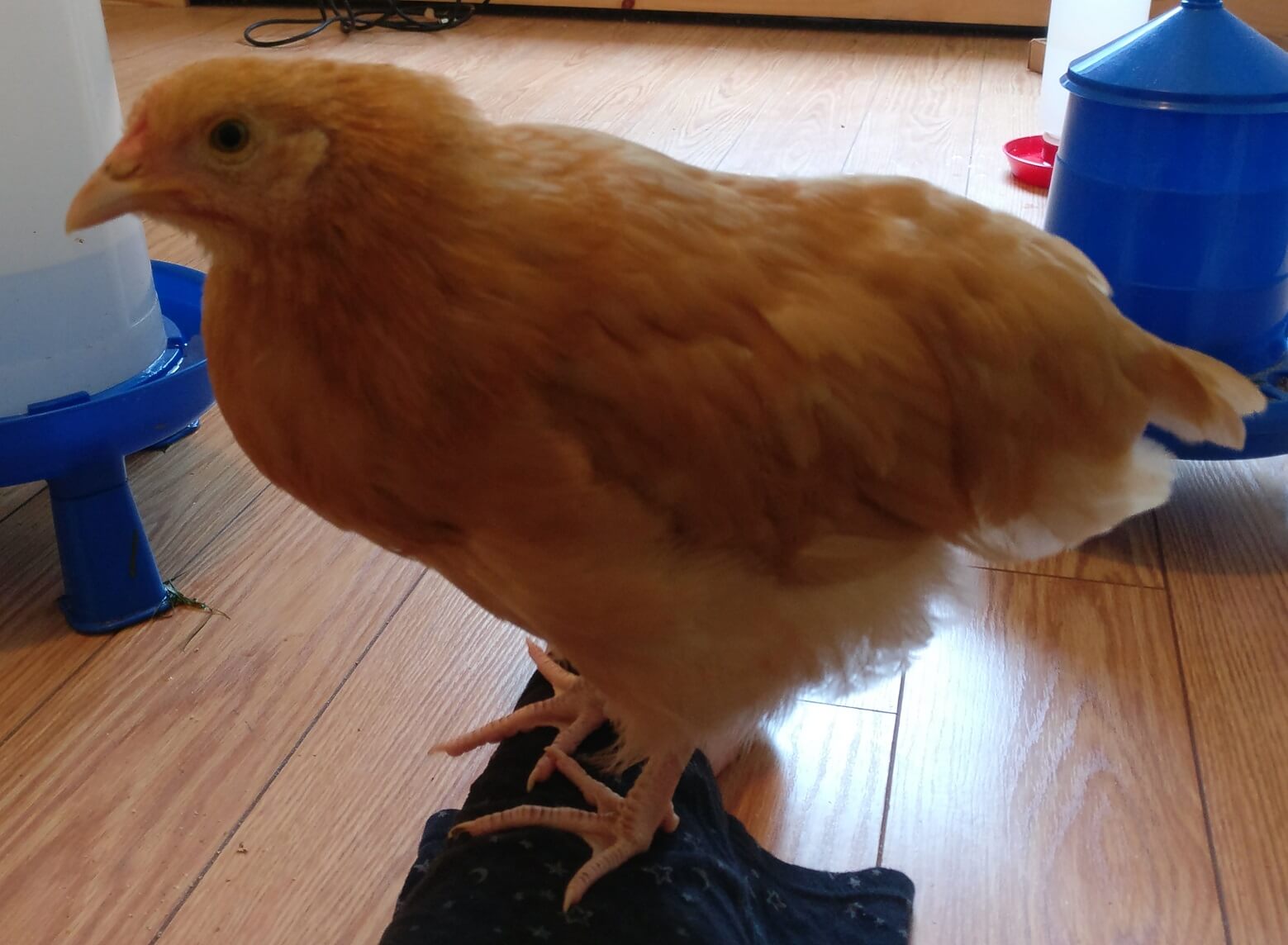 She is a pullet

The tail feathers don't tell you much, especially in chicks. The thing to watch for is the saddle feathers that show up around 12 weeks. I'm not on my desktop so I don't have easy access to my favorite illustration of the difference.

Another round of hen or roo!

Should I be concerned about my chick's size?

Help! 5 day old chick has a full crop and is very lethargic