My biggest and seemingly healthiest Buff Orpington/Ameraucana mix, Biscuit Bird, has a problem. I brought her into the house yesterday for a daily visit with my parents, but my mom noticed that she was sneezing, and that her nose was runny. I had a look, and her nose did have some clear liquid coming out, and a little bit of yellow gunk on the inside of her nostril. I decided to separate her from my other two birds and bring her inside for a little while.
I checked on them, and my smallest bird, Duchess, had the smallest bit of wetness around one of her nostrils, but I just assumed that she's alright and kept tending to Biscuit. My middle bird, Mary, seemed to be doing just fine. They're all eating well, drinking, taking dust baths, making plenty of noise- they seem perfectly healthy except for Biscuit Bird.

A possible cause for her sneezing and wet nose could have actually been my fault, however- In the winter, we put a space heater on low in their insulated coop. It's been brutally cold the past few weeks- but YESTERDAY, when I brought her inside, the weather had completely changed, and it was 80 degrees outside, but 100 degrees in their coop, because the heater was still on, and I hadn't noticed the temperature change outside! So I sprinted outside and shut the heater off and opened the insulation flap, and after a few minutes it was back to normal. And don't worry- they had a way out of the coop the whole time. They have a run where its completely ventilated, and cool. I feel horrible, but it was a completely honest mistake. Today- its been raining off and on all day. (I'll be sure to be more careful in the future and keep a close eye on the weather!)

As for Biscuit Bird, she's been in the house for a little over a day now. She's in a doggy crate in the bathroom, and I bring the crate into my room to play her some music so she doesn't get bored out of her mind. She's active, shes alert, she's eating, she prefers her food wetted with water, which is probably why shes always making a mess outside. I've been giving her a little Tupperware filled with cold water and about a teaspoon of Apple Cider Vinegar. (Which I always put in their gallon of water anyways) Shes been pooping, and it looks healthy, like it normally does. She also hasn't been sneezing, and her nose isn't wet like it was yesterday. While shes been in my room, however- I noticed that she was panting a little, and her clucks are a little muffled, like she has wet food in her throat.

Do you think that Biscuit Bird is only being effected by the weather and my heating mistake, or could she have a respiratory infection?

Here are some pictures. 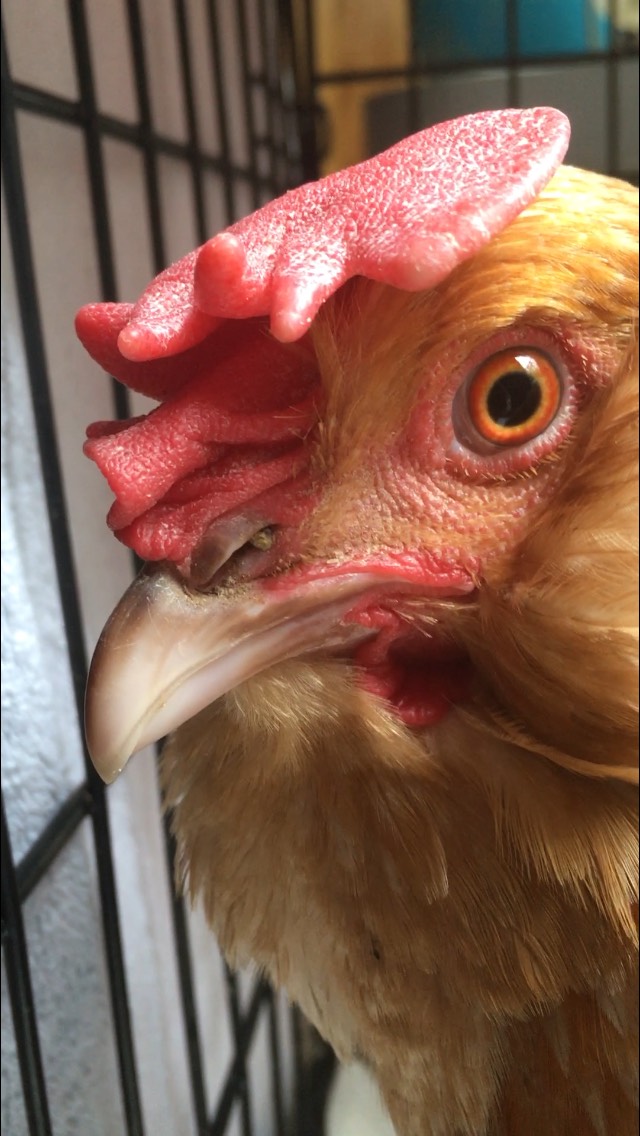 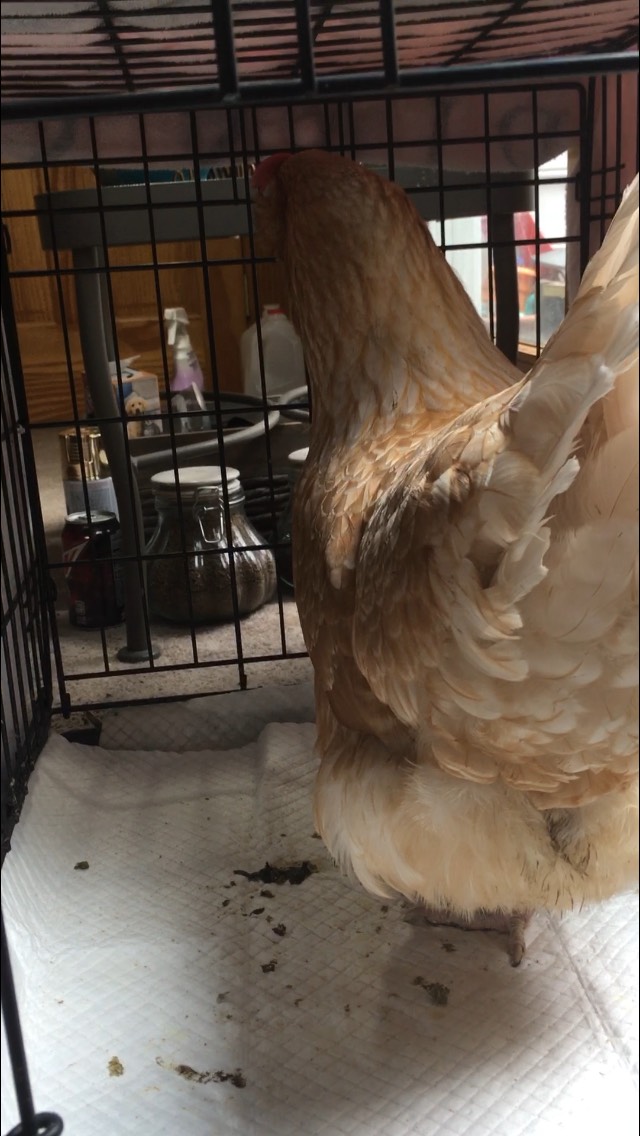 There could be an illness, such as infectious bronchitis or MG going on, but since she is not sneezing, it could have been the extra heat in the coop making her pant from being warm. Dust in the coop or in feed, or some other irritant can make them sneeze. When sneezing happens every few minutes, that can be a sign of infectious bronchitis. I would place her back outside in your cool coop, and discontinue the heat. The yellow on her nostril could have been feed.

Hen with runny nose and sneezing

Very Confused about My Sneezing Chicks

Chicks Sneezing: One has a runny nose :(