So frustrated by this ameraucana gender...

So I have this pet quality ameraucana that I hatched late last fall. Have been pretty sure was a pullet until recently. Doesn't crow but isn't laying either. Lately s/he has just become MEAN and attacks my alpha roo and the hens and the baby ducks. My roo doesn't try to mate with him/her either. Comb reddened up in the last 2 months. She had a rough start to life (got sick) and then frost bit her toes this winter and lost the tips. S/he is a little unbalanced because of it and sometimes carries her tail at a weird angle because of it.

Is she just a mean bird that even my rooster wants nothing to do with? S/he will pick a fight with anyone and especially likes to go after ducklings and my two broodies when they are out once a day. 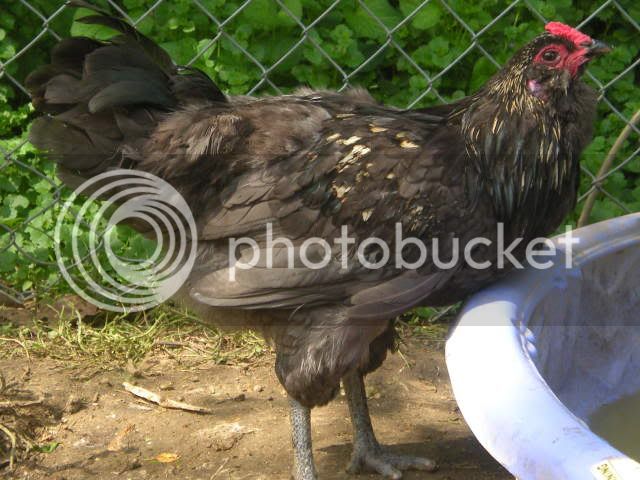 Tail area - no saddle feathers but she has one roostery looking feather that curves and sticks up further than the others. 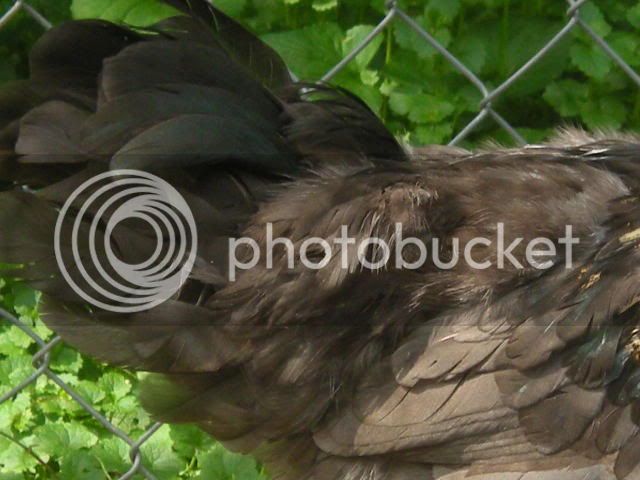 Will add later if it finishes.

Looks like a mean little pullet to me. I would probably cull (sorry

Those hackle feathers and big red comb scream boy to me...

Check for saddle feathers by moving the back feathers to the side, you should see them well enough.

Thats a male.
Hackles, Comb and the wing coloring all say rooster.

Quote:
Don't be sorry - I won't tolerate a mean bird here - s/he will be going to auction on June 16th regardless of gender. I just wanted an new green egg layer.

This ones comb just turned red in early April and I think I hatched her in the first week of November - will have to go look back at records.

Quote:
But why no saddle feathers? This bird is 6 months old? I think that is why I am confused.

Quote:
But why no saddle feathers? This bird is 6 months old? I think that is why I am confused.

I see hackle feathers in the close-up shot: they are the shiny ones on top of the back.

Hens don't get shiny feathers up there ;-)

So you are thinking just a late bloomer? I have had/ hatched chickens for 4 years now and have never had one fool me for so long. I can usually tell by 4 weeks old. And there are no saddle feathers on this one - not even under the fluff. BTW the birchen and the sheen just started in maybe the last 2 weeks.

Ok went and looked at HIM some more - he is not people friendly (not aggressive but not friendly either) and although I couldn't get too close there are 3 saddle feathers that I can see just coming in.

My last couple of EE's have stunk personality wise - these eggs are from someone else.

My first EE was Chubby Bubby and she was awesome - it's been hard to replace her.
Last edited: May 30, 2011

What gender is my Easter Egger?