Something killed my hen ripping the entire head off!looks

So I got a text this morning saying my Cochin hen who by the way is slow,has short legs,and is chubby,that she has been killed!Not just killed,but the body was ripped apart,head was gone.First to blame was my aggressive dog.Neevr killed a hen but has definitely chased them from her bones,that’s as far as she goes with it.At first I was thinking maybe so,BUT that’s when my grandma was just blaming her for it and never witnessed it,but heard all the commotion.After telling her she can’t just blame her because she has a current history of chasing hens and running at them,she then said she was guarding our house,meaning not her bone but the house.She said the chickens were acting weird for some of the day but recovered after the drama I guess.Last year I noticed they were getting these large open deep cut sores but thought my rooster had long spurs and was cutting them open,but the thing is it was happening to the young girls and happening quite often.I didn’t touch the subject after either hens healed because I didn’t want to stress.Now it’s 2018 and we are witnessing deaths,seems to be the bigger and stronger,faster ones survive.
But,here is the reason we quit blaming my dog.I was not blaming her I knew it could have been anything and have evedeince to support.
In the middle of our yard are a bunch of grey feathers,may I mind you all gray hens were in perfect condition,and plus,only one hen has similar feathers to these.Tahts when the theory then became my dog was a hero and taught whatever it was,assuming now it has to be bird of prey.Hens were fine (Accept for the poor Cochin),no feathers gone from them or deep cuts,and no holes looking like feathers were ripped out.Now the question is,what type is it.Hawks are all over the place but hawks usually are the ones to go for the heads/necks/gizzards,looks like the head was tore off and whatever it was looks like it was going for her organs,such as an owl.Any ideas?!?Here are the feathers, 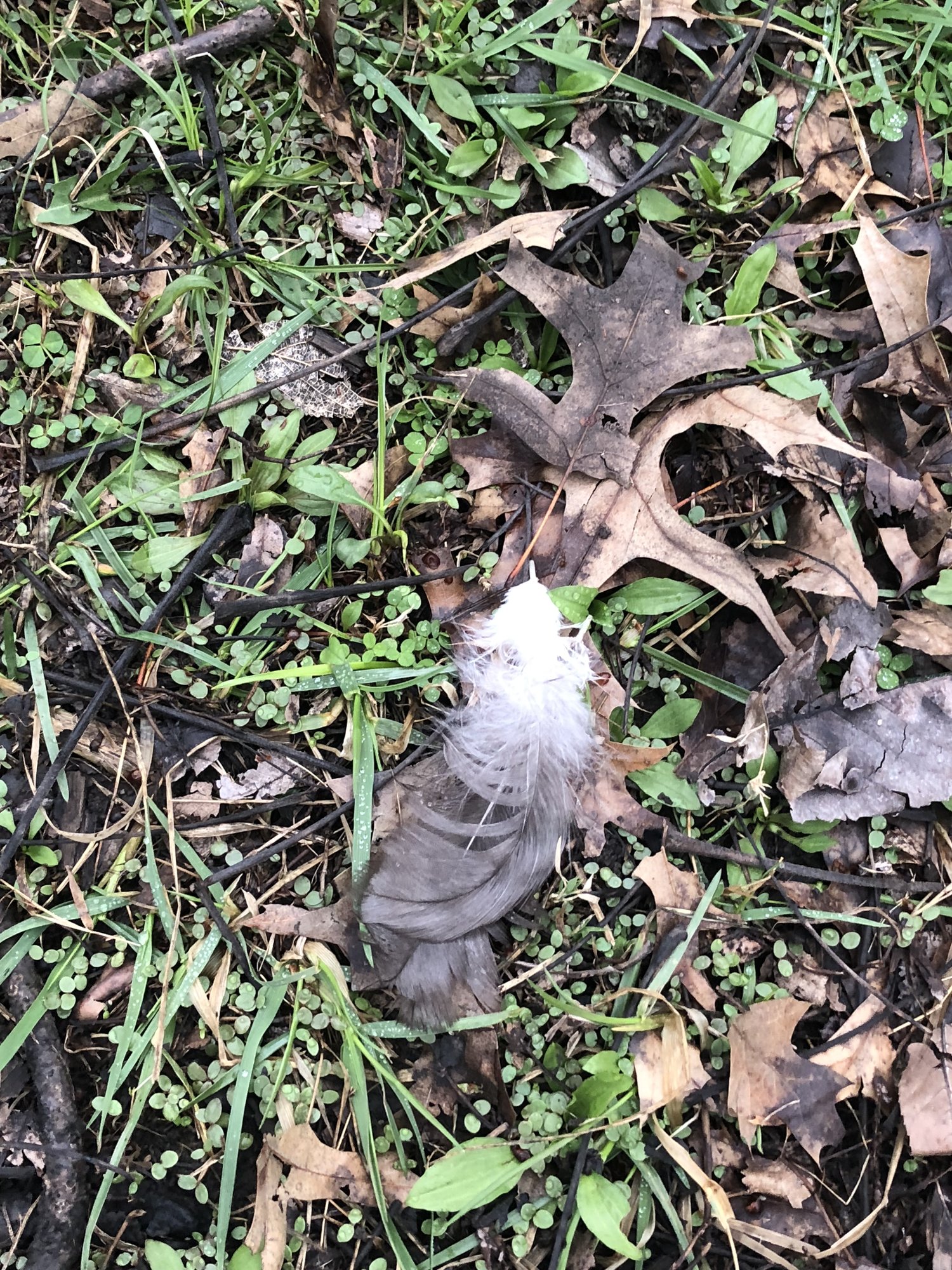 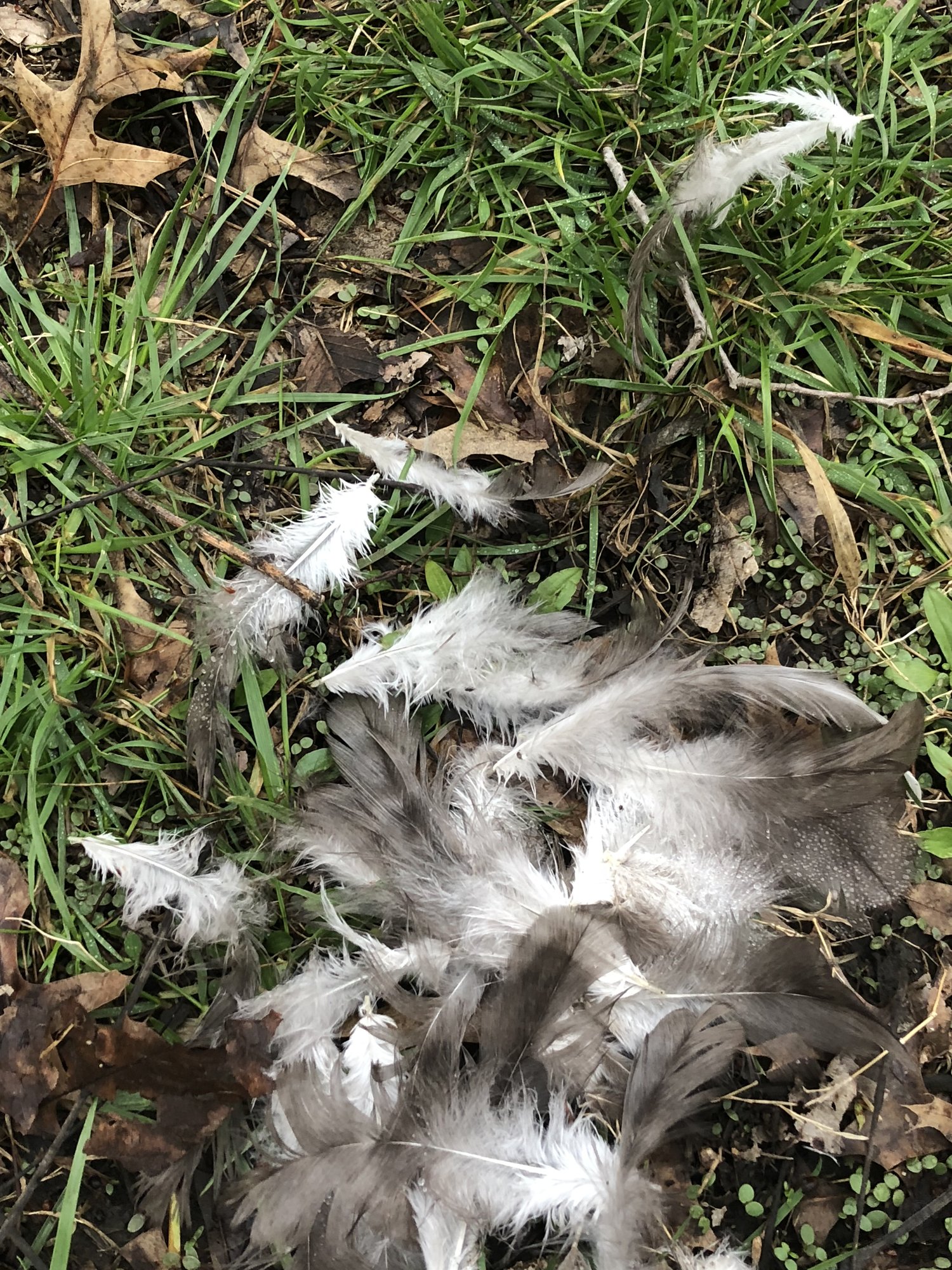 When I see feather piles I usually suspect Fox or coyote. Many things will just eat the head and chest, but feather clumps I see more with Fox and coyote, as they adjust their hold. They also will take them off a bit to eat, starting at the head usually.

Well that’s the thing,they can the chicken feathers because all hens are in perfect tact and the hen who was killed just had the head ripped off,we were thinking our dog grabbed the bird of prey and got off the hen,just not in time.Add on,she is not grey she is black and gold.

Might also be a raccoon. Tearing and ripping off body parts is their MO.

Do you know what time of day this attack occurred? At least day or night? And where the bird was when it happened?

Owls, coons and some of the weasel clan like minks are known take heads off, but most of that all takes place at night.....or perhaps the early hours of dusk and dawn.

S
Something killed my pullet

My roos were killed & I am heartbroken

What killed my Hen