One of our 8 month old chickens, a Salmon Faverolle, Cinnamon Queen, and a Saphirre Gem, (probably the Faverolle), laid a yolkless egg with several long white and yellow strings in it. I'm guessing it's just malformed, but wondering if it could be worms?
We would like to worm either way, actually, and are wondering what the best wormer is that we wouldn't have to throw eggs away? Also, can humans catch worms from chickens?

Thanks for your help,
Erin 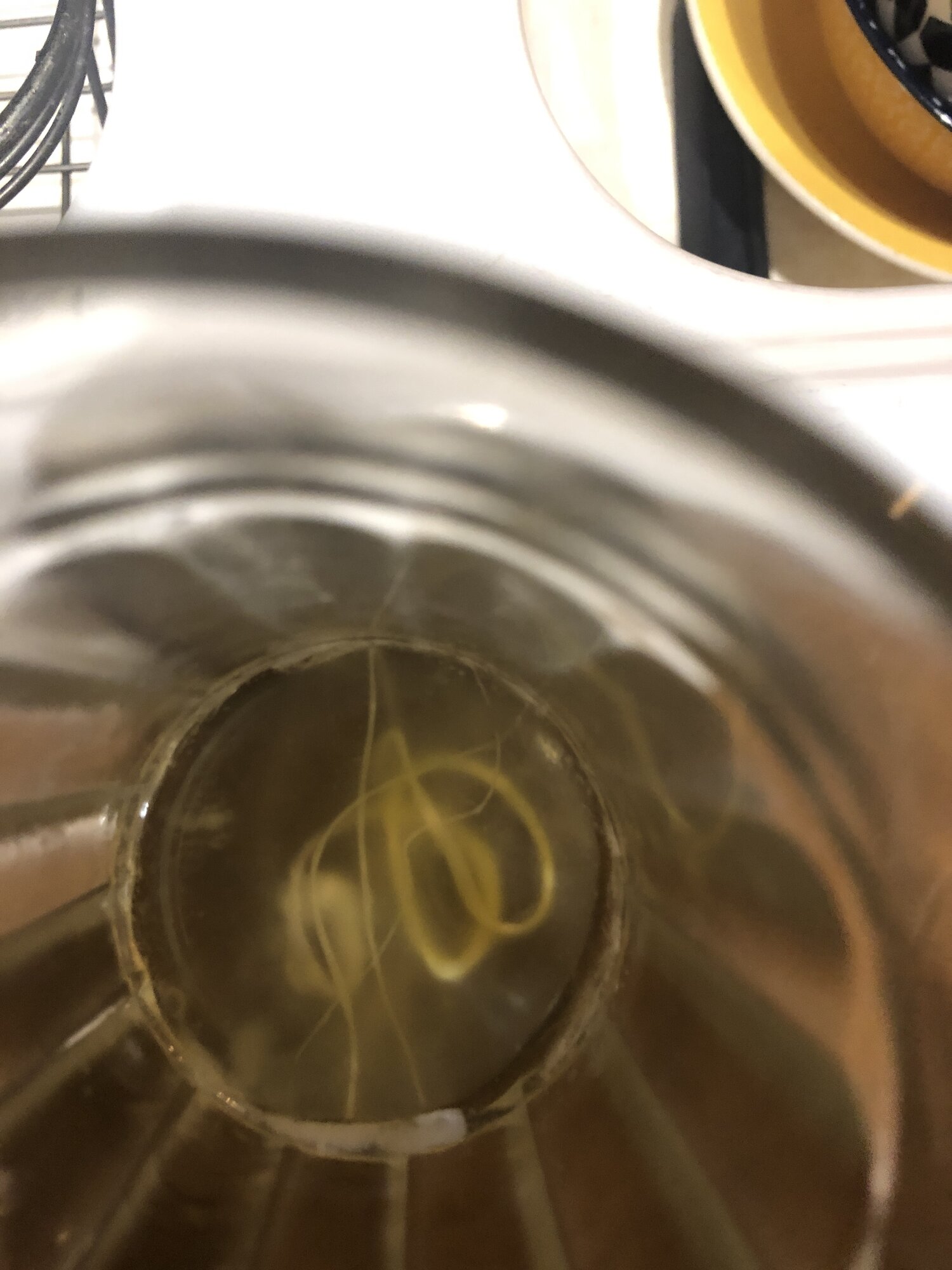 Hopefully someone will come with the answer

That does look like roundworms, unfortunately. You will want to treat with an effective dewormer, and those will have an egg withdrawal time of 14 after the second dose. Valbazen 1/2 ml given orally, and repeated in 10 days is very good. You can instead use Safeguard liquid goat wormer 1/4 ml per pound given once and again in 10 days. @dawg53 and @casportpony are very good with worming advice.

One can use the five-day low fenbendazole dose and not have to toss the eggs.
https://www.backyardchickens.com/threads/safeguard-mash-zero-day-egg-withdrawal.1254653/

"Safeguard in small doses for 5 days in a row is approved for use in laying hens."