We experienced our first loss this morning. I have four 10-month old barred rocks. We found one of my ladies dead on the floor of the coop this morning. Yesterday I had noticed she was a little more sluggish than usual, but she is the smallest and most shy out of my four so I didn't pay much attention.

There was no sign of attack or intrusion. I had noticed some yellow-ish poop the day before, but I've heard that can be normal. They all share (aka "fight over") the same nesting box (despite their coop having two) so I'm unsure whether she had been laying regularly or not. We've still been getting 2-3 eggs daily which was our norm during the summer.

I examined her body which did not seem injured at all. We have had a sudden weather change (it is dipping into the 30s tonight) but I assume that would have affected all of them? The other three are acting normal. I didn't notice any mites or bugs. Maybe she was sick and the temp change did her in?

I added apple cider vinegar and some garlic cloves to their water this afternoon and made some mash out of their pellet feed, warm water, garlic powder, cayenne pepper, and sourdough starter which they gobbled up. Attempting to keep my remaining three healthy!!

Anything else I can do to protect my remaining flock? They've all been roosting in the run during the summer, so I shoved their feathery butts in the coop since we are getting our first frost warning tonight. 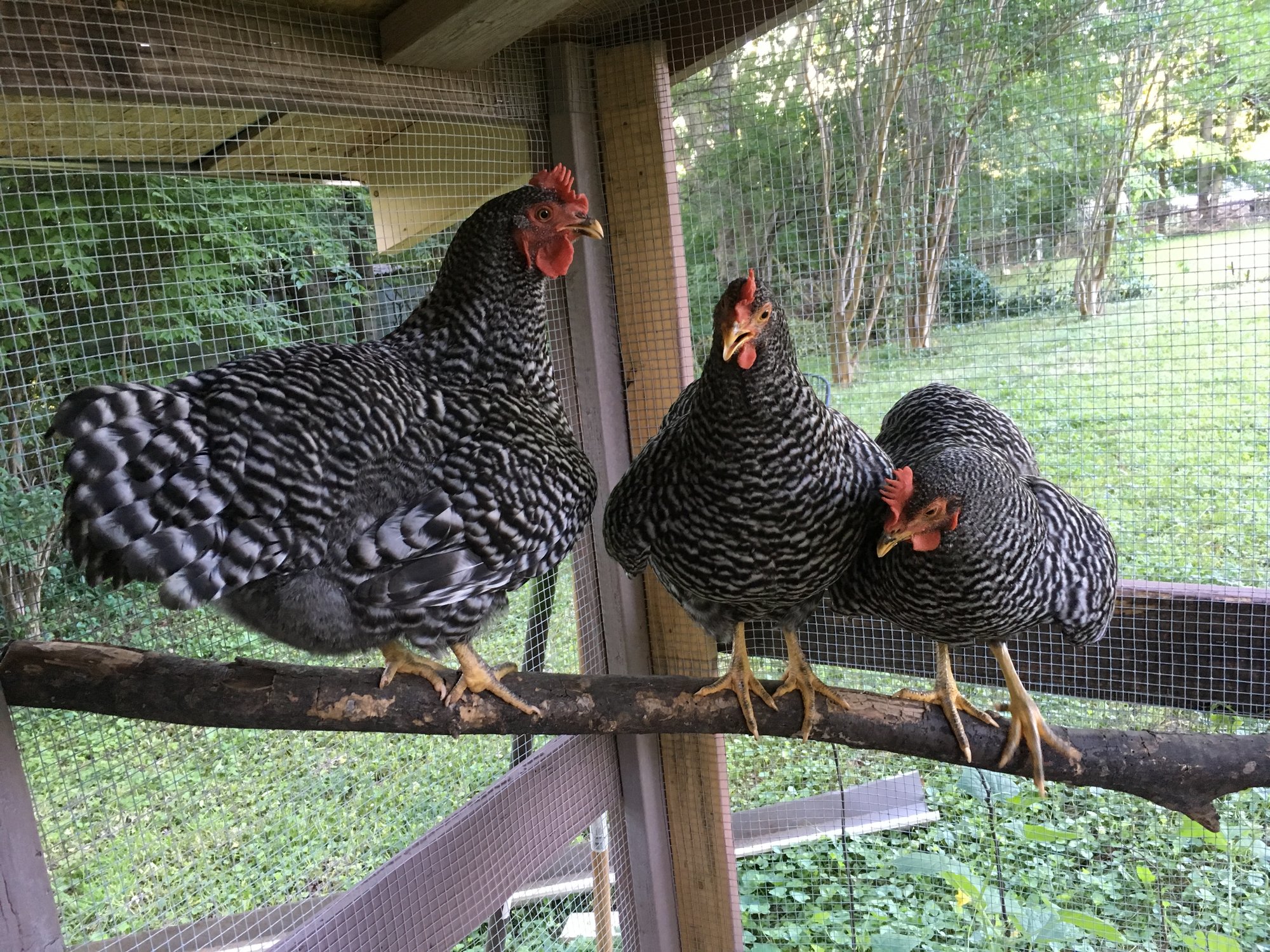 That sounds like a heart attack. I'm so sorry for your loss.

NoFlyBackFarm said:
That sounds like a heart attack. I'm so sorry for your loss.
Click to expand...

Is that common among chickens? I guess it would make sense with my remaining three seeming healthy.

Heart attack has a number of causes. It's not common, but not uncommon either. The stress of the sudden weather change could have caused it.

I'm sorry to hear about Winifred

You have lovely girls.

Sadly, without a necropsy, there is no way to know what caused her death.
If you do happen to lose another one, refrigerate the body and send it to your state lab for testing. https://www.tn.gov/agriculture/consumers/pets/animal-health-diagnostic-lab0.html
Alternatively, if you are up to it, you can perform your own informal investigation and post photos here on your thread or on the necropsy thread, we will try to help you with what you see. https://www.backyardchickens.com/th...ning-contains-graphic-necropsy-photos.823961/