i have a 7 month old hen that is exhibiting extreme lathargacy. Yesterday, she was out free ranging with the other chickens, today she is sleeping. This morning I went to let them out, I noticed she was not acting right. I put her in isolation with extra hay, I added vitamins, electrolytes and probiotic to her water and refreshed her normal layer feed.
Here are all the details I can give you;
Severely latharic - I could walk right up and pick her up with out her running off. Not normal. I would stoke her neck and she would fall asleep. Also not at all normal.

Bluish comb - only a small edge of her comb is bluish, but it is normally bright red

Dialated eyes - her pupils are very large, just as they would be at night. She does not seem to be able to focus them, and I am not sure if she is seeing me or hearing me, but her eyes are clear

Puffed up - she has her feathers puffed up. It was in the 50s last night, I don't think that is too cold for her- so not sure why she is holding herself this way. When she lays down she almost looks like she is flattening her self out (picture may describe this better)

Her crop was emptied this morning, and has a bit of food in it now, which indicates she ate a bit of her food. There is no foul smell coming from her beak, or off her in general. Her butt is clear of poo.

Her abdomen feel normal, not hard or squishy. She doesn't seem to pooed since I put her in the cage this morning. No poo on hay, but the cage is wire bottomed so she may have expertly pooed out of the hay.

She did not lay an egg yesterday, missing a day isn't worrisome... Though I honestly can't recall if she laided the day before. I do not see any sign of egg bound, but I also have never experienced a hen with an egg bound.

She seems rather unbalanced, however I could credit that to her dilated eyes and maybe she isn't able to see very well?

I think I have covered all the bases.
Yesterday = acting normal
Today = very unhealthy

I dipped her beak in water, to which she responded by taking a couple beakfuls. I will try to make some grit style chicken food for her to see if that helps her energy levels...

Any idea what this could be??
Here is a picture of her in isolation. 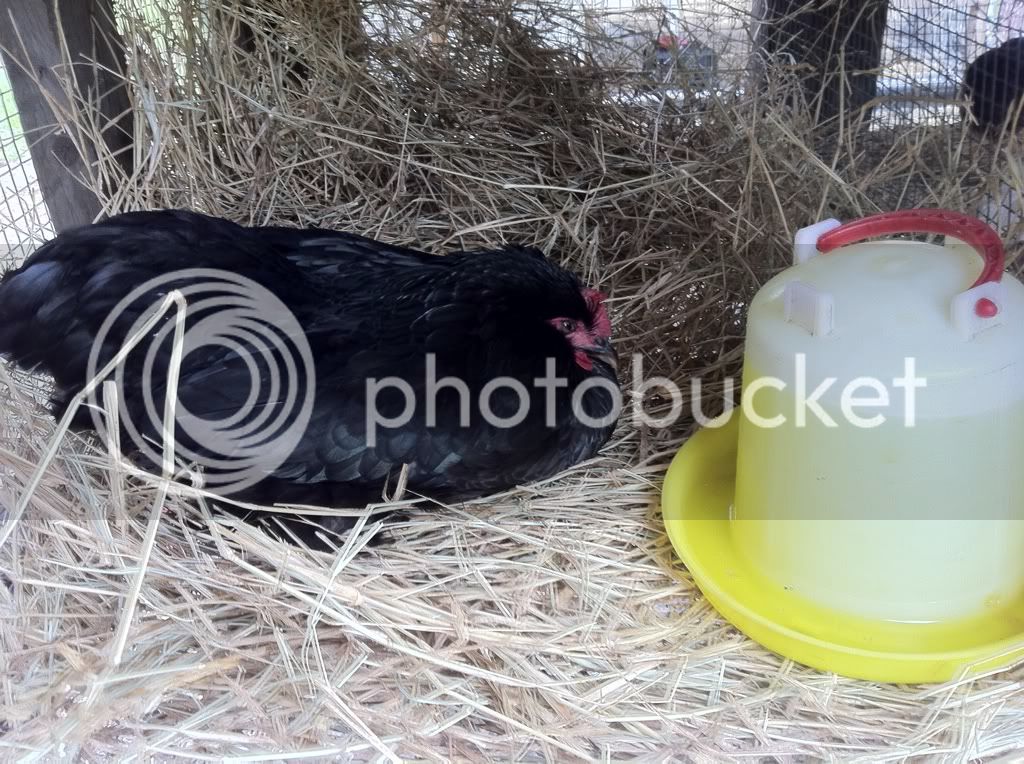 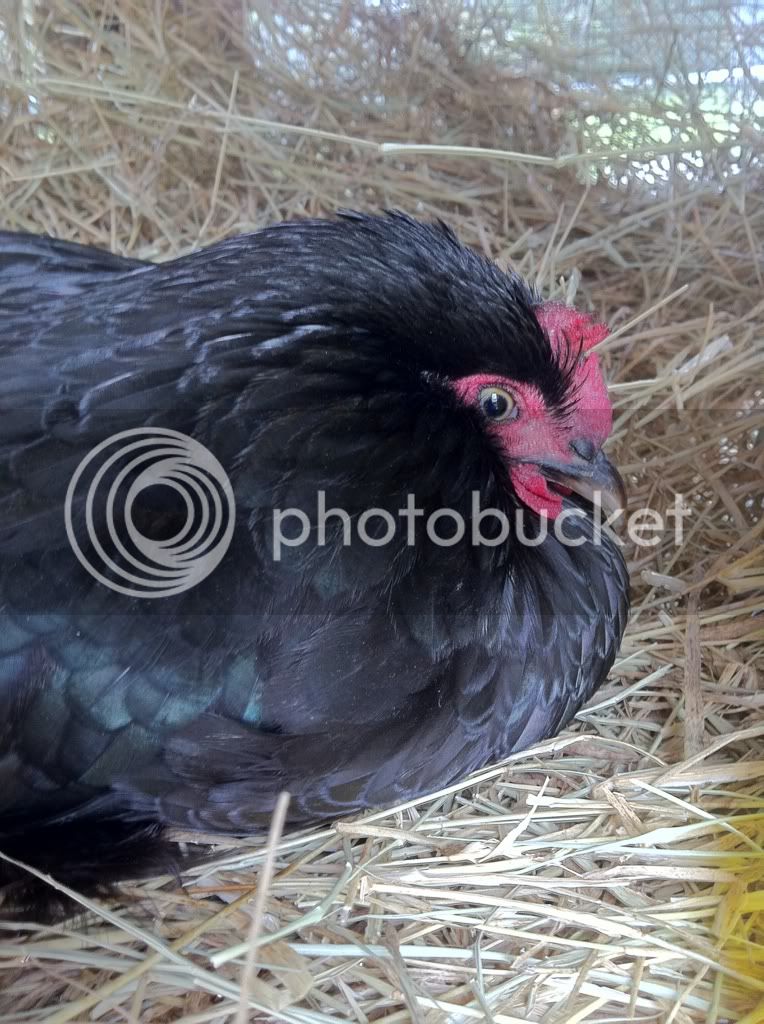 Could she be possibly laying an egg? Also, are you have a great many winds in your area even thought the temperature is in the 50's. The wind chill factor can make it seem much colder.

When you say she is imbalanced, can you describe that just a little more, is she leaning or just entirely unable to stand up?

Was she on the roost last night?

How did you find her this morning. Is it possible she fell off her roost?
Last edited: Oct 28, 2012

Bring her inside tonight.

Dust her for mites and lice, too.

K, somehow this got posted twice. I updated saying I fed her some mush and she was receptive although out of it.

It has been windy, though I don't think it's too bad.

She has been roosting in a locked coop with two other chickens due to a recent raccoon attack. No way she could fall and I assume it would have been comfortable warm.

I dusted all my birds two weeks ago- but don't think it would hurt to do it again.

She is capable of walking, but she seems like she is stumbling. Not too bad. She doesn't have much room in her isolation cage, but she isn't trying to move around