Supposed to be a Speckled Sussex?

Our rooster died last year so we got baby chicks this year from our local Farmers Union. It's been 8 years since we had to raise our own without a mom to raise them herself. Anyway, we only got 10. We needed a few more because the 9 remaining ones we had are getting close to retirement age (We keep our hens after their lifelong service until they die; we donate 85% of our eggs to the local food bank, so the hens are just part of our menagerie on the farm.).

We got 8 chicks, but the Speckled Sussex came in a week later by mistake. Still, they're only a week younger than the others. The two that are supposed to be Speckled Sussex are SO MUCH SMALLER than the others--especially one. (We call them Lizzie and Izzie.) Both are eating well and don't seem to have any problems, but honestly, Izzie is about 1/4 size of the rest of the 6 week old chicks. I've never had such a small chick before. Then, I got to wondering--IS she a Speckled Sussex? I figure she'll be at the bottom of the pecking order if she's so small--but, she doesn't seem as though she is yet. I am just concerned at having one so much smaller--well, two--than the rest of the hens. Should I be?

Hard to find pictures of her showing how much smaller she is, but I'll try. This one I've attached shows her way in the back corner by the nesting box and you can see her size is smaller than the others.

I don’t know, but that doesn’t look like a Speckled Sussex to me

Hi there, hope you are enjoying BYC!

I agree.. that chick's not speckled and not Sussex. Very likely a mix up happened.

The Silver laced Wyandotte looks like a cockerel as well as one of the white ones.. what is their age right now?

Can you make out comb type on the smaller chicks? Now ya got a little mystery! 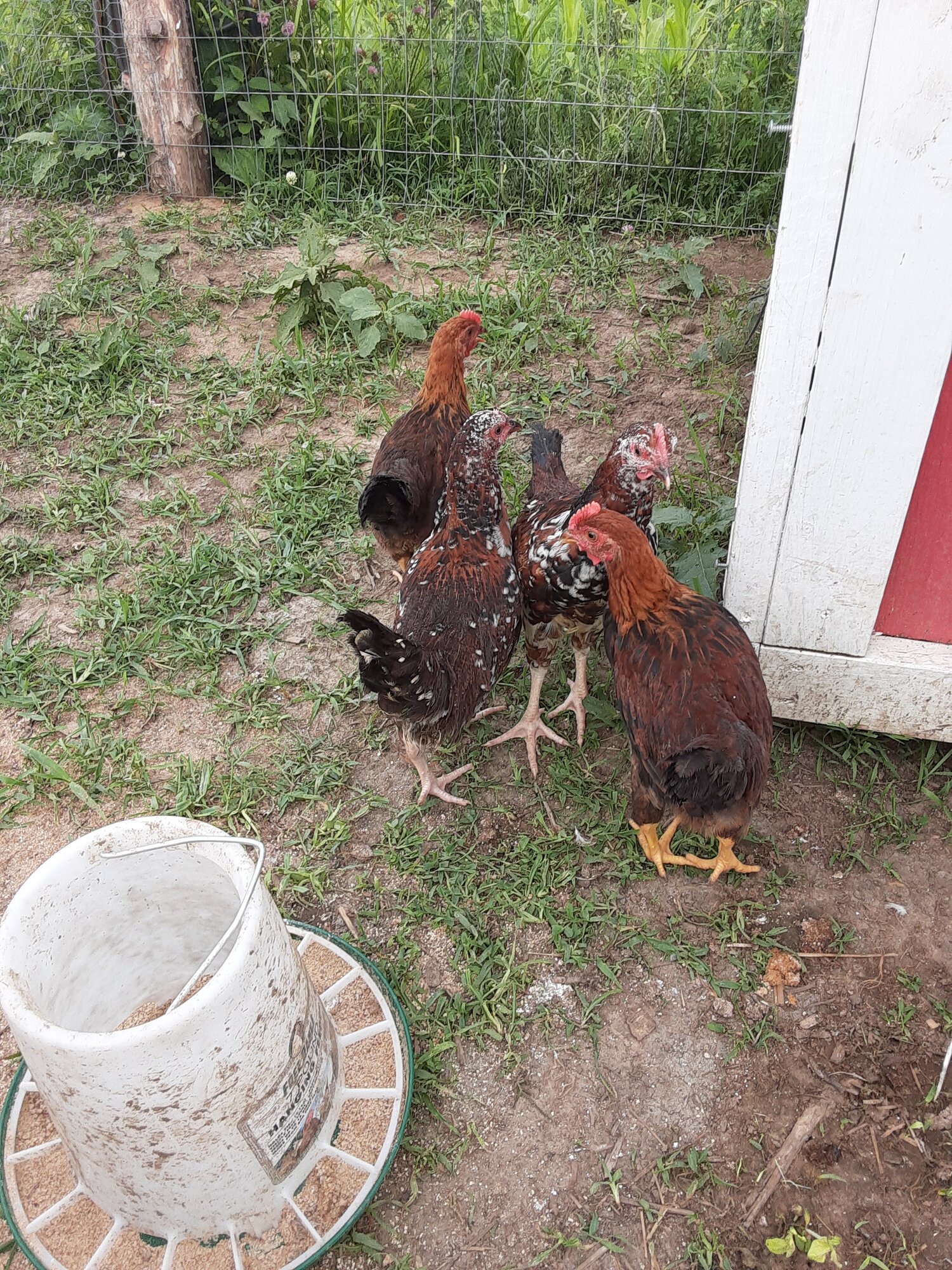 similar issues I'm having...these are supposed to be speckled Sussex. I know they get more spots when they're older, but I think the 2 pictured should have some spots!

Blackfarms88 said:
View attachment 2206019 similar issues I'm having...these are supposed to be speckled Sussex. I know they get more spots when they're older, but I think the 2 pictured should have some spots!
Click to expand...

The speckle Sussex on the right is a cockerel. The two brown ones look like cockerels too. The “speckled Sussex” on the left does look odd.