I know there are many dog RPS out there - but I've noticed once an RP has taken off and the story line really gets going, it gets a little difficult as a new player to get in the story. So here is a new, fresh dog RP for the people who really want to dog RP but can't find a RP they can get involved in!

Rules
No using other player's characters, unless permission has been granted to you.
If you see a character with the name, say, Mary, don't go and name you're character Merry. It gets confusing. Try to choose different names.
All other BYC rules
What I say goes
Don't drastically change the story line unless you have my permission.
No wolf-dogs or wolves.
You cannot kill another players dog without their permission.
When fighting, one blow per post, and be real. Remember that you're dog is not invincible, it gets hurt and it takes time to heal.

Plot -
You are a dog, living in territory that doesn’t get visited by humans often. You must hunt for food or you starve. Sometimes they come, for summer vacation, but more often they are hunters. Sometimes, the people bring new dogs, that usually get left behind. Will you like these newcomers, dog and human alike?

There is an Alpha and Beta male and female for every pack. The Loner Lands are dogs that aren’t in a pack. The new dogs usually start there. Take note of which lands are Good and which ones are not.

You can have as many characters as you want, as long as you can keep track of them. Name: Nessa
Age: 4
Other Family: Mate, Kye
Backstory: Born as a pup in Ginto Pack. All her family died, which affects her personality at times.
Personality: Firm, strong, but friendly.
Picture/Description: Name: Gizmoe
age: 4
other family: not sure, owner's left her behind, Pack dogs are her family?
backstory: Her owners got ride of her and didn't want to bring her to a shelter.
personality: nice, loves other dogs and loves to run.
picture: 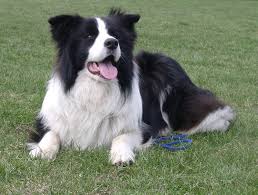 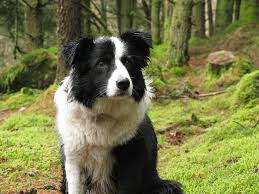 Name: Wolfie
Age: 2
Other Family? (Pups, mother/father/brother/sister etc.):
Backstory (brief story of where they come from) belonged to a little boy but was stolen and dumped out because he would attack the steler
Personality: was a one family dog. Fierce, loyal, caring and loving
Picture/Description: Name: Shasta
Age: 7 months
Other Family? (Pups, mother/father/brother/sister etc.):
Backstory (brief story of where they come from) was training to be a sled dog but ran away having fun and got lost
Personality: rambuctions, enerjetic
Picture/Description: Name: Dalota
Age: 5
Other Family? (Pups, mother/father/brother/sister etc.): Cody, Lyet, Juno
Backstory (brief story of where they come from) Wild dog through and through
Personality: loving and caring
Picture/Description: Name: Juno, Cody, Lyet
Age: 2 months
Other Family? (Pups, mother/father/brother/sister etc.): Dakota
Backstory (brief story of where they come from) just born
Personality: all ranbuctious except Juno who is kind of slow because she is blind in one eye and cant keep up with them
Picture/Description: Name: Boo-Boo
age: 6
other family: he is not sure
backstory: was going to be trained to be a runner, but when they went to the dog track, he ran away.
personality: nice, shy, loves to run.
picture:

elilah
Age:3 months
Other family:Her siblings are dead.Parents unknown.
Backstory:She and her siblings were dumped in the wild.She is the only one who survived since then.
Personality:Kind sweet smart.does have a hot temper when angered
Picture: Name:Mist
Age:2
Other Family? (Pups, mother/father/brother/sister etc.):
Backstory (brief story of where they come from) Her human family left her when, but had little knowledge of how to survive but managed and became good at hunting.
Personality: Brave, Friendly, but can get mean.
Picture/Description: Breed: Tamaskan dog (one of my favorite breeds