Swollen crop and no poop

Yesterday afternoon, I noticed that my hen Isa Brown (it’s also her name… how original

) was not moving, eyes closed, staying tail down close to the door of my house.

My first diagnosis was egg bounding because her wings were slightly spread, because she wouldn’t walk and because the day before that, she had try to resume her laying after two months of a break. I’d like to precise that Isa Brown, as a proud representant of her French species, has been an amazing layer her whole life. She just turned 3 years old and took her first laying break ever, when she started her molt (pretty intense molt) in September.

One month ago, she got sick for sour crop and we were able to put her back on her legs.

After 3 epson salt baths and abdomen light massages, between yesterday and this morning, there was still no egg. Her vent was pulsing, but nothing.

This morning, I noticed her crop was huge and swollen, sour crop type. And she still hasn’t pooped since yesterday at 3 pm except a white tiny liquidy poop (not more than 2 cc). That, of course, worries me a lot.

What do y’all think? Does it look like she is back in the sour crop issue and I made a mistake about her being egg bound?

I know 3 years is considered old for an Isa Brown, physiologically speaking. But two days ago she was doing great, taking dust bath, chasing around the younger chickens…

If that can help, there are information about her: Her feed is the feather fixer because many of our chickens are still molting. We don’t give scratch food. The only treats she get are mealworms. We have two different coops and she sleeps by herself, refusing to join the other. She is at the top of the pecking order, so she gets more mealworms when we give them.

Any idea of how i could help her. The first avian vet is at 3 hours from my house, I live in the desert. I’ll take any opinion of advice. We already lost our dear Red (the queen of our hearts, a speckled Sussex that i was able to hold conversation) two months ago and i can’t bare the idea of losing another chickie. 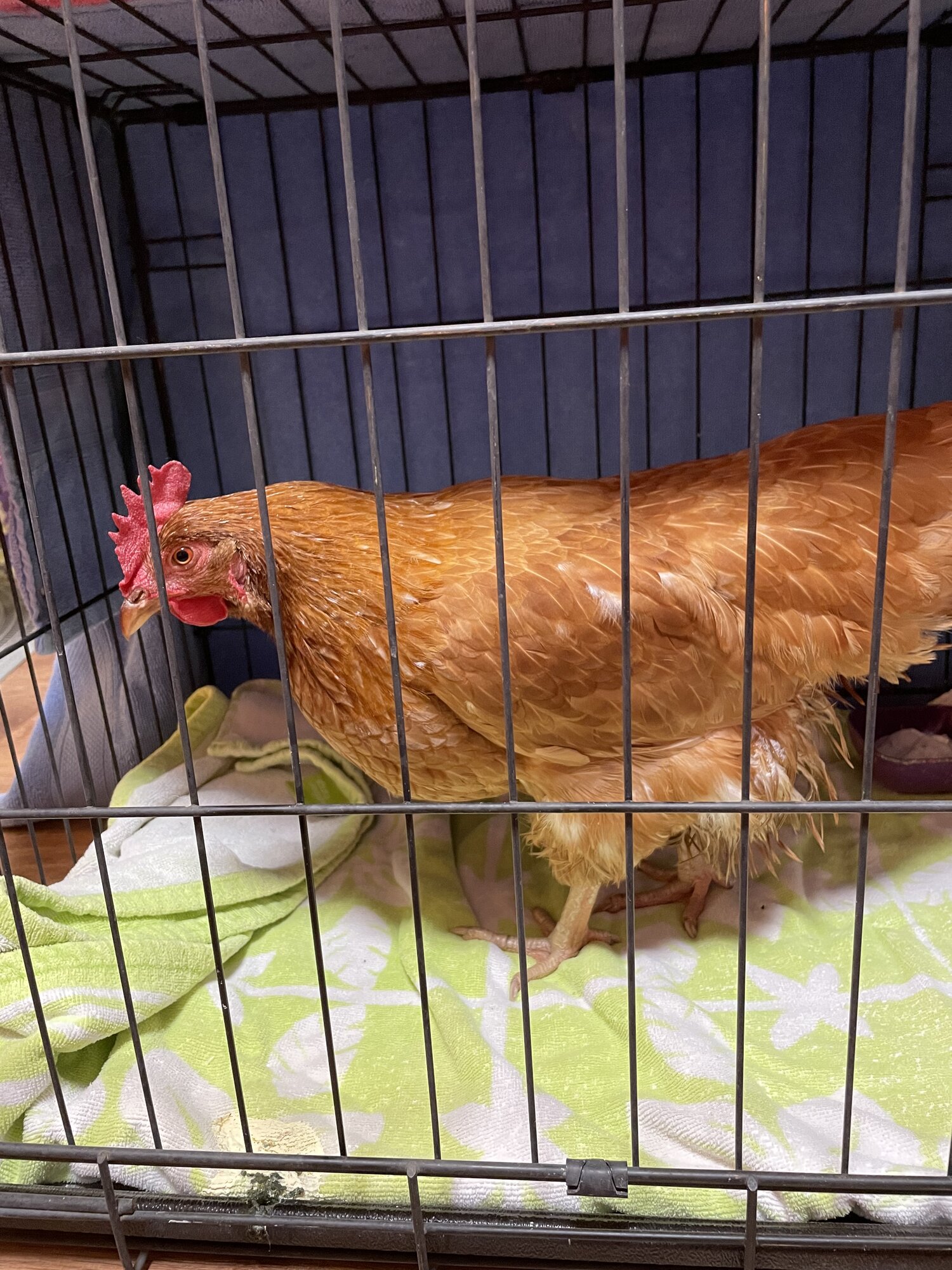 Sounds like she's having some reproductive issues which may be causing inflammation in the body and slowing down the digestive system.

I would offer water, food it not that important if she's got a full crop and it's not emptying, but you can make it available to her. Hydration, give Calcium (1 Caltrate with D3).
She may be having trouble expelling a soft shelled egg, Salpingitis or EYP could be at play as well.
Since she's not pooping, can you feel inside her vent for an egg?

Thank you so much for taking the time to answer!
I actually drove 3 hours to find an avian vet and he emptied her crop. He kept her overnight and did a series of test. She was weak, with only 50% of the calcium she was supposed to have in her bones.
He started a series of injections and told me that the way we storage food (in the shed) was killing the vitamins necessary for the chickens to absorb the calcium in their diet.
We got rid if the fixer fixer food, went back to a layer fixer, adding sun flower seeds.

She is still resting, we massage her crop regularly.

Thanks again for taking the time to answer!!!

I'm glad she was able to see the vet and hope she recovers soon.

My 1.5 year old Chicken is lethargic, has swollen crop?

Is it Sour Crop?

K
Sour crop gettting better but she is still not doing good.