tell me what i have?

other than juvenile button quail and fat fingers, can you tell me what i have? what colors and/or sex they'll be? 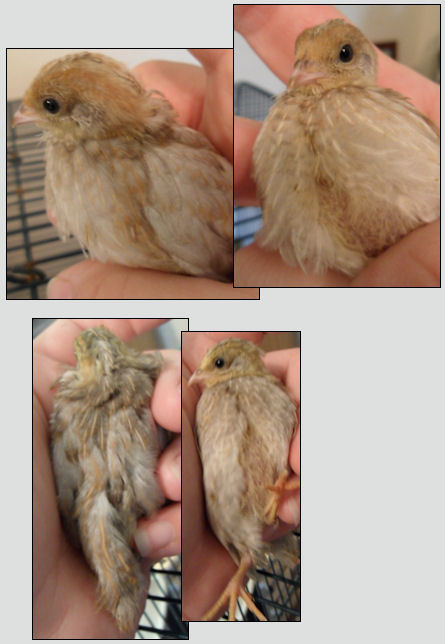 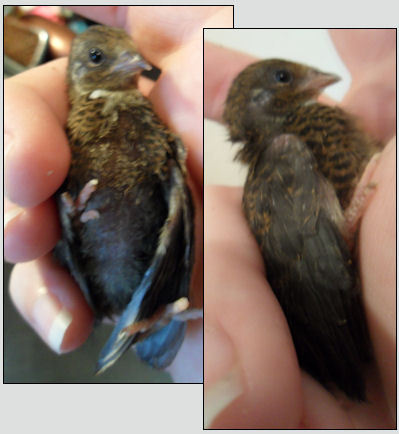 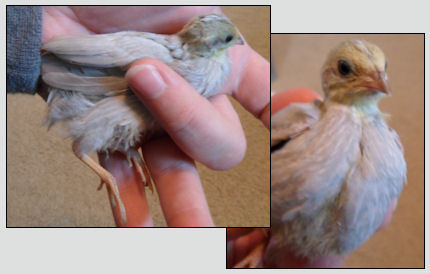 From what I can tell in order from top to bottom:
Cinnamon
Cinnamon
Blueface
wild
Blueface
Silver

I can't tell yet if they have other mutations like double factor or red breasted due to mature feathering not in yet. They are very beautiful though. They are too young to tell sex by bibs and there are no vent feather pictures. But I can kinda guess. Males will have a rust colored feathers around his back side and vent.
Female
Female
Male
Female
Male?
Male?

I think the last 2 might be male due to what looks like a bib coming in, but also could be lighter coloring under chin the females get too.

Male buttons don't always have a bib, just as females are not always bib-less. It would help if you could tell us how old they are? They look very young, and you can't really tell the sex until they are 4-5 weeks old.

but do get lucky at times

ETA: Bluefaces also do not have bibs, so if the second to last picture does have a bib coming in, it cannot be a blueface

What gram scale do you use ?

Oct 30, 2021
Doriss
D
L
Do button quail chicks all make the same sound regardless of gender?