The Coop is more or less finished! - PHOTOS HAVE BEEN ADDED

Just as a comparison, This is what we started out with, an old ice shed with a crumbling and cracked foundation due the the lack of eavestrough to direct water away from the building. 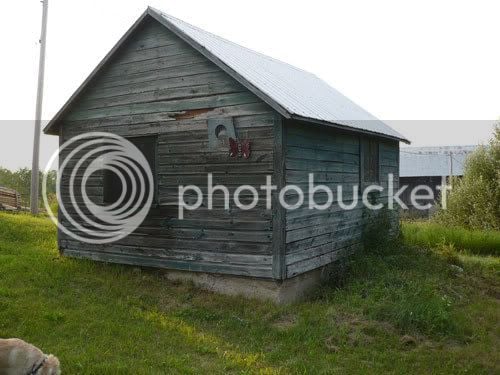 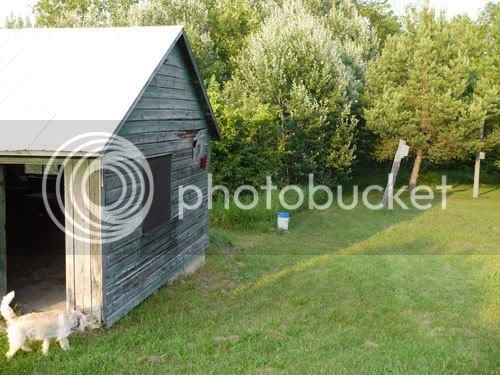 Here is the bunker in the coop that we will be using for food storage as its a concrete bunker. 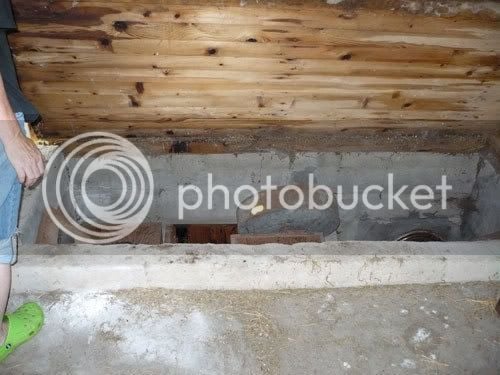 There were boxes in it we were going to use for nestboxes, but decided they were too contaminated and threw them out. Here is the inside of the coop, it was used as a toolshed before we got to it. 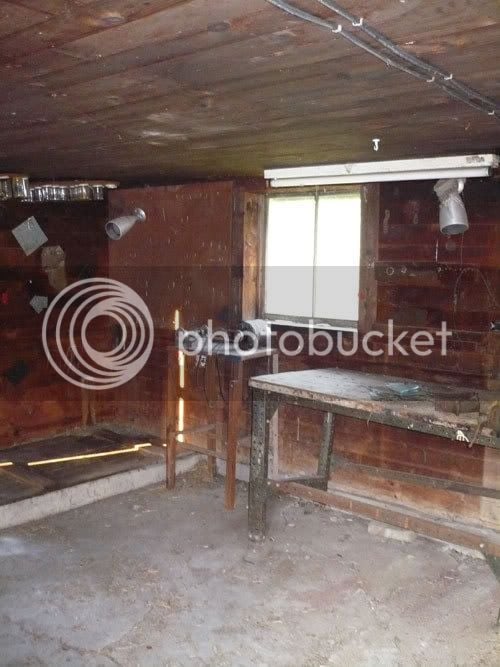 
The coop is move-in ready now, and the girls moved in on Friday, I've still got to paint the siding, install the scalloped cedarcast rounds in the peaks of each end, put up the trim around building, doors, windows. Paint the front door, throw some sand into the brick pathway, build the wall for the flowerbed out of the field limestone we found while digging out our footings. Plus various other small projects, including hooking up the power again.

This is what the coop looked like a week ago, not finished, no door, no partition wall, etc. 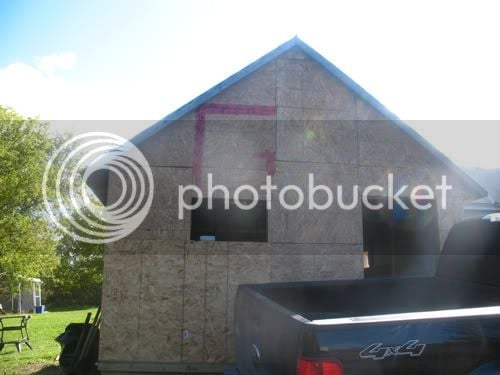 This is what it was today, before I installed the doorstop, and painted a bit, caulked the windows, and put up the wreath on the front door. 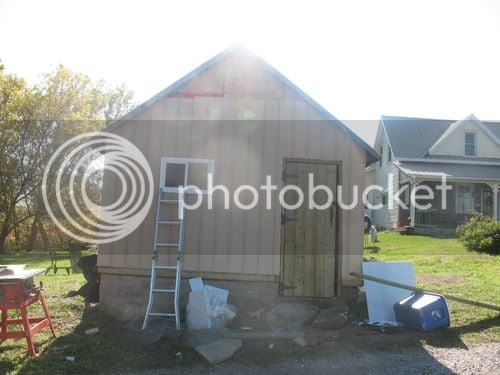 Here's the run at the back of the building, it's just temporary, I'll be sinking the posts for the new wood run sometime during the week so I can take my time and build the new run around the temporary run. The west side of the run will be higher than the east, and mounted on top of the run will be the suntuf roofing to keep them dry, safe, and warm in the winter. I will also be making the bottom 2 feet of the run hardware mesh, and the top 4 feet will be the 2x2 kennel wire, we'll have access to the run through our very own fancy smancy door. 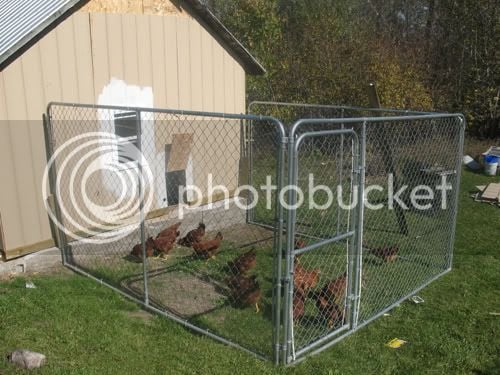 Here is inside the coop, I'll be mounting their nestboxes on the east wall, where the roost is right now, and the roost will be going into the south west corner of the coop, corner mounted, real slick. 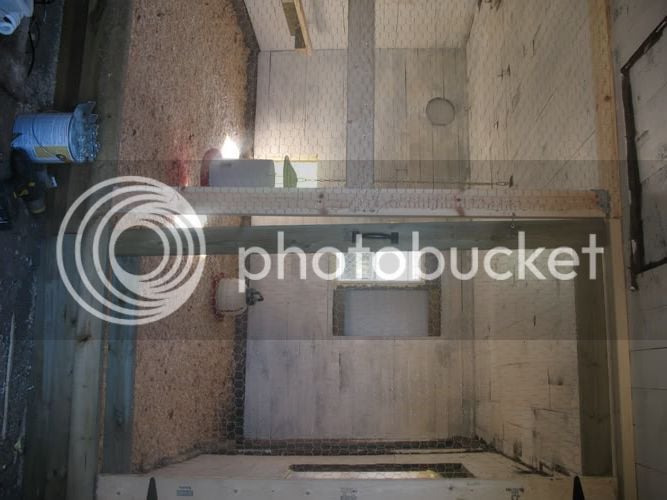 Here's the popdoor, it's not finished but it's good enough for now! ... both my doors are highly foritifed LOL, this one has a sliding bolt, and a latch that a padlock goes on, NOTHING is getting in my coop! I'll be giving my girls a ramp of sorts, there will be a wood part that is fixed on the foundation infront of their pop door, and then a hinged part that is actually a ramp down to the ground, this part of the ramp will lift up for cleaning. 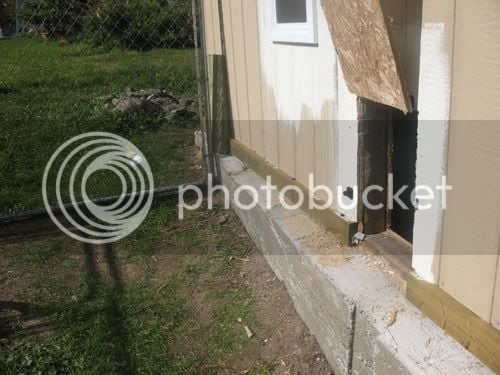 This is the front door, with a slide along bolt similar to those you see on horse stalls, except this one has a spot to slip a padlock in to lock it nice and tight, again NOTHING IS GETTING IN MY COOP 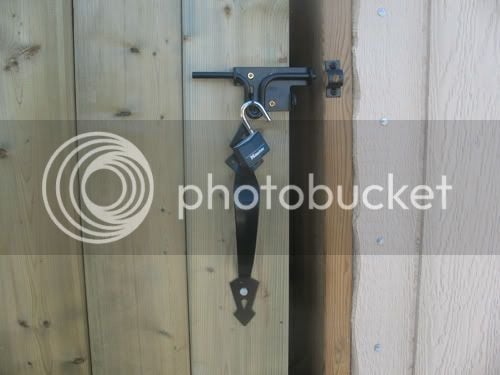 Anddd Today I put the girls out for the first time since they moved in on Friday, they totally love it out there! 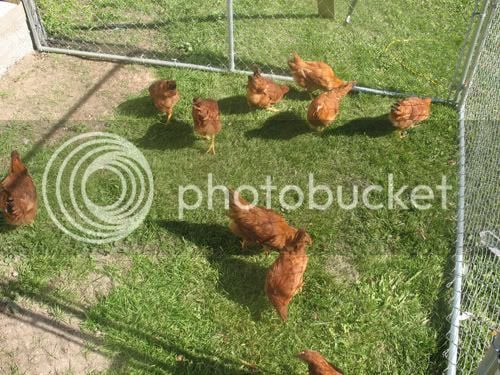 This was our original plan, as you can see from the almost finished building above, that there is still a lot of comestic stuff to do! but it has to look pretty as well as be functional for our girls 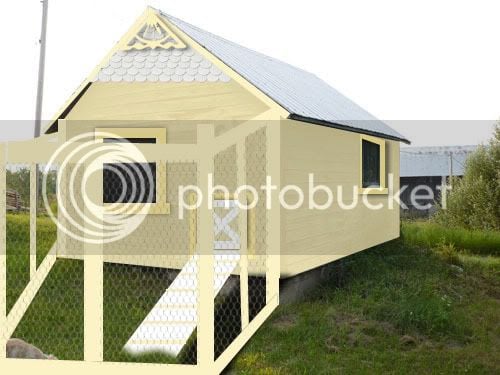 Sounds like just in time before winter really sets in.

Congrats on the big move! It will never be done though, maybe you'll take breaks in between things, but there's always something to be done! Good Luck!

Ain't it the truth!

Can't wait to see the pictures!!!

I am in the same boat. I have 2 girls and a tractor. They have been staying in the pen part of the tractor during the day and sleep in their brooder. They are 14-15 weeks old! Last night I just finished the house portion of the tractor and will be attaching it today. Tonight will be their first night outside.

Also I know it won't be done for a very long time. Even after today my list of stuff to do on the coop is pretty long. Already it's time to add a nesting box.

How did you get your chickies to move into their new home?

My 5 girls (Dominiques) have been living in their yard with the 2 x 4 x 2 ft. box (coop) from their chicken tractor as their (very crowded) temp. home. Their food and water have been out in the yard until now, and they have been laying and roosting in their small box. Their new coop is finished and ready for them to move in now. The new coop is bright and 8 x 8 x 9 ft. at the peak and connected to their yard.

Today, I called them in and put scratch on the floor. I left the pop door open, and there is evidence they have been in it long enough to poop quite a few times during the day. I also brought a few of them in today and showed them the water and food. I left some food and water in the yard as well. They went back into their old house tonight.

Thanks for posting the pics. I love those strap hinges. It's a good looking piece of work and your chickies really seem to love it too.

I bet your chickens love it.