Lily and Lucy posed for me this afternoon! Big goofy dogs! 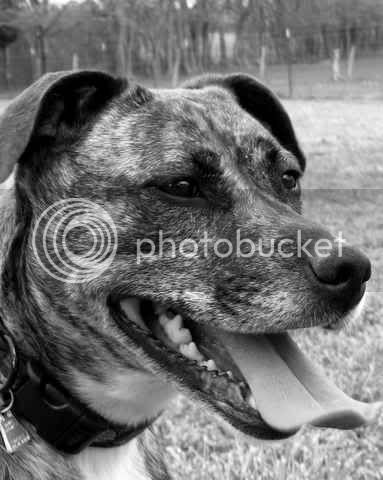 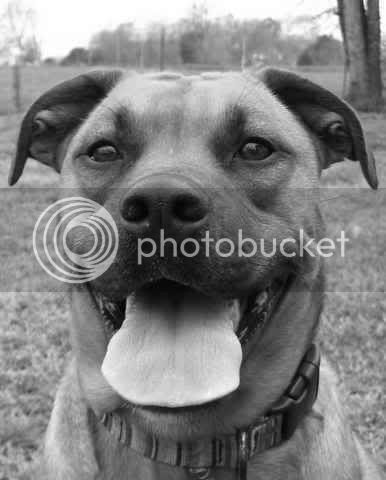 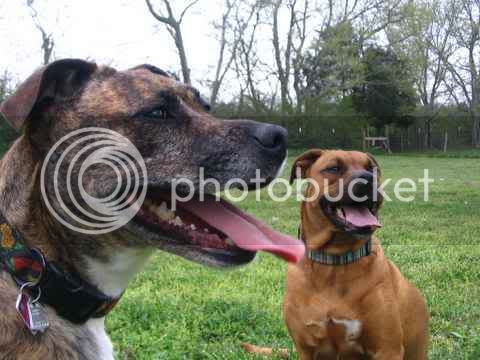 Thanks! I don't usually get good shots of them as they are always on the go. I wore them out with a rousing game of "get the squeaky ball". Thus the tongues hanging out. Silly girls!

Pretty girls. The second one reminds me of my Cody that we lost a few months back at the age of 12. He was 1/2 Boxer, 1/4 Retriever 1/4 Sheltie (they said, anyway) Had a mind like a steel trap and a very strong prey drive. What is your girl?

Great pictures. I love the black and white ones especially. A tired dog is a happy dog!

Well, Lily, the brindle's mom was a random dog type dog (kinda like Benji), but there was a male boxer around the corner that mama dog was, ahem... friendly with. I've always assumed she's half boxer and half dog dog. She likes to chase things (specifically the cat). She really likes to chase things in the air- bugs, birds, invisible things only she can see. She's smart and neurotic.
Lucy is definitely half boxer as mama dog was a boxer. Dunno about the other half. She has serious bloodhound tendencies though and handfulls of extra skin up around her neck. Other than that she looks boxer.

I got her from a great boxer rescue in KY. She has a great prey drive when it comes to moles (the back yard is trenched!), but other than that she's a big wuss. She's a bit of a scaredy cat. I think she's actually fairly intelligent. She's just hardheaded and laid back. That would be the boxer, I'm sure.

Your Cody was a cutie pie! I'm so sorry for your loss. He looks like he was a great dog. I know you must miss him terribly.

Thanks. Your girls are very pretty. They look like the type I'd be drawn to at Pet Adoption Days, LOL. Cody was a brilliant brain in the wrong body, that's for sure! I have another one, Kes, who is 10 years old. She is as submissive as he was dominant. She never barks and Cody was a complete noisemaker, a real communicator. Kes is 1/2 Golden Lab and 1/2 Pointer. When she is gone, I'll have no more dogs because with the prices of things, I just can't afford one anymore. If I can't care for a dog the way it needs to be, I'll not have one. Here is Kes (pronounced "KESS" after a Star Trek TV character)

P
Advice in choosing a dog breed right for me