~The Zombie Outbreak Rp~!*Highschool of the Dead*!~

The Story of the First~

Hana who was really some of the people who knew there was Zombies about in their unsuspecting town. She was at her school when 2 teenage boy zombies came to the gate. Five teachers came out and did not know of the Zombies. One teacher, a P.E. Tacher grabbed one of the boys and slammed him around. The boy bit on his arm and 2 other zombies came over. The four other Teachers were scared but did not know of the zombies still, they only thought it was a riot maybe or something else. She watched them from her seat next to the window, she was calm when she saw it and announced what she had seen and pointed to the scene. The students around her didn't believe until they heard a blood curtling scream and moaning. They all bundled around the window and saw the first teacher, who had gotten bitten, biting into a male tacher, who had died. Or so they thought. A panic struck out and a Intercom announcement came on, it was their principal. He spoke "Something wrong is happening..Hide or Run from school premices! Now! *Screams and moans could be heard from the intercom, the silence and it broke off* They all screamed and ran out of the classroom and fled down the halls, with bunches of other students fleeing and screaming...But it was too late..The zombies were coming through the School gates and were breaking into the school..

*Please not too Gory

*Please Do NOT Use the Lords Name in Vain

*And Finnally, No Explicit Stuff

Name:Ally Misui
Age:23
Appearance:She is very beautiful, but beauty is the only thing she has. She ins't very smart and is what people call a 'Dimwit'.
Gender:Women
Personality:A bit Dum, Sweet, Kind, Loving, Generous, Loyal, and Brave.
Weapons:She gets any weapons she finds, or when Takashi gives her some, or the others do.
BYC Username 
Name:Takashi Miso
Age:18
Appearance:He has Black hair and mysterious eyes. He is muscular and very handsome. He wears about anything he can fin in clothes ware(If it's a boys shirt/pants).
Gender:Boy
Personality:He is Cunning, Fast-Acting, Friendly, and Gets a Temper at Times now.
Weapons:He has a Automatic Rifle, that is slung on his back. He also has a Dagger in his pocket doused with sleeping potion.
BYC Username Name:Ino Tashi
Age:17
Appearance:He has Blonde Hair, with Blue eyes. He is very tan and muscular and handsome. He wears the coolest things, even though it doesn't matter. XD
Gender:Boy
Personality: Asertive in ways, Kind, Wise, Loyal, and Brave.
Weapons:He has 5 Knifes in his coat. And he has a wide selection is his other side of his coat. He has a Automatic Rifle slung onto his back.
BYC Username

Name: Youkou no kitsune
Age: 15
Appearance: Loyal to the group, instinctive in actions, and keeps to himself most of the time.
Gender: Male
Personality: Tall, with brown eyes and hair.
Weapons: Sheathed Ninja Spike Sets on each arm, all poisoned. Double edged Kukri his belt and a Katana. Skilled in Kendo and Silat.
BYC Username: Crazyaboutchickens
Picture(If you want..): none


Name:Naru Sasuki
Age:16
Appearance:She has Blonde/Brown hair. And is long-legged, with Green eyes. She ususally wears her school outform since, she has nothing else to wear. She wears bows in her hair, and sometimes let it straight down. She had a petite figure, and is very lean. She has Elf Ears, mysteriously.
Gender:Girl
Personality: Sweet, Bold, Brave, Cunning, and Wise.
Weapons:She has One Katana which was passed down from generations of the most famous Samurais of the World. She was the last one to get it, and will pass it on to her next future. She also carries Crackling Bombs in her pickes in her shirt. Then she has a strap over her shoulder which carries Ammo, Food, Water, and Bombs. She has a AK47 strapped to her back, whicg is very light for her. Then she also carrys a large Sniper Rifle which is a bit heavy, but she can carry it with ease. And she has Throwing Knives dosed in Killing Poison. And a Bow at times.
BYC Username Name: Carrie
Age: 14
Appearance: Just imagine a cheerleader with blonde hair and soft brown eyes.
Gender: Female
Personality: Kind. Unlike most cheerleaders.
Weapons: Anything around her.

Name: Ann
Age:15
Appearance: Ann is very pretty she is not to tall but not short either. Has long auburn colored hair. That make her bright blue eyes pop
Gender: Female
Personality: Bubbly and Brave. Loves to take pictures.
Weapons: Primarily bow if possible.

Name: Chiliria(Chee-lee-ree-ah) Seetch
Age: 12+1
Appearance: Silver hair with on purple eye, one green. Same hairstyle and dress as in the picture, but with a skull necklace, no sleeves or leggings, and wears a print on the back of the dress of gray wings. Wears jacket to cover the slightly ripped back that shows a tattoo matching the back of both the dress and the jacket.
Gender: Female
Personality: Introverted and Secluded, but when you get to know her she becomes more of a sarcastic and angry type.
Weapons: A katana with a red hilt, a high-powered pistol, and her little secret
BYC Username: EE Lover Name: Chizuko Kajitani
Age: 14
Appearance: Attractive. Her hair is a long, straight, shimmering black, with long bangs that frame her peach-toned face. Her eyes are a big, dark blue and highlighted at the corners with thick lashes. On either side of her head lays a neatly tied braid, with a small red bow intertwined on each end. Chizuko wears a simple sleeveless dress of white with high collars, a red necktie running down to her chest, signalling it was most likely part of her school uniform. Tied on her left arm is a red ribbon that matches both her tie and bows. Her legs are long and smooth, giving her a very feminine appearance.
Gender: Female
Personality: Kind, and very caring for the injured and needy. Just don't get on her bad side and you'll be good.
Weapons: Unlike the others, she tends to stick to her own self defense, as she is a black belt in Judo and was nearly done training for kick boxing before the zombies attacked. Much stronger than she looks. Aside from that, she does carry a few daggers in her pouch along with a Taurus PT 24/7 pistol, though she does not use it very much as her ammo is limited and she is not the best with guns.
BYC Username: Zinnia-Hen
Other: Her father owned a dojo, and at a young age she became a skilled black belt. She carries a small pouch with goods she had gathered previously, most of them for medicinal purposes. Chizuko likes to be the nurse of the group.
Picture(If you want..): http://i71.photobucket.com/albums/i157/itanish_animexlover/Anime Girls/Black Hair/71.jpg

Name: Agatha
Age: 19
Appearance: Tall and very slender. Her hair is lower back length, and dyed such a dark green its almost black. She has thick black eye lashes that frame her beautiful blue eyes. Agatha is normally seen wearing a light green, button up halter top dress, with a blue frilly spaghetti strap dress underneath. Along with knee highlight green boots with blue laces, and occasionley a matching sun hat with flowing bleu ribbon.
Gender: Female
Personality: Always happy, and very fun to be around. She can be dead serious at times though, like an adult.
Weapons: A small knife hidden in a barret in her hair, A Ka-Bar in each boot yet not hidden, and several other knives hidden on her.
BYC Username: chickendiva25
Picture(If you want..): Name: Amaryllis ( Ama for short)
age: 16
appearance: a tall blonde, who is very thin. She has flowing blonde hair to her waist, made unique by her light blue side bangs. Her arching brows accentuate her bright green eyes. She typically wears skinny jeans, a t- shirt or tank and ugh boots or some sneakers.
gender: female
personality: devious and cunning, she has her own plans, but us still willing to take a risk to protect the group. Abuse in her past makes her more quiet around guys, which is usually taken as submission, meaning she is easily taken advantage of.
weapons: daggers in her boots, a taxer in her belt, and arm sheaths carry poisoned, thin knives.
BYCusername: Quinn4321


The story follows a group of high school students, the high school's nurse, and a young girl as they fight their way to safety through the deadly streets of Japan during a worldwide catastrophic event known as the "Outbreak". As the cast tries to survive the zombie apocalypse, they must also face the additional threats of societal collapse, in the form of dangerous fellow survivors, and the possible decay of their own moral codes.

will have my forms 2morrow

(Psst how do we start)
Z

If I do join (I'm still considering it, as I already have a bunch of other RPs to go to and I want to downsize, no matter how hard

), this will be my character: 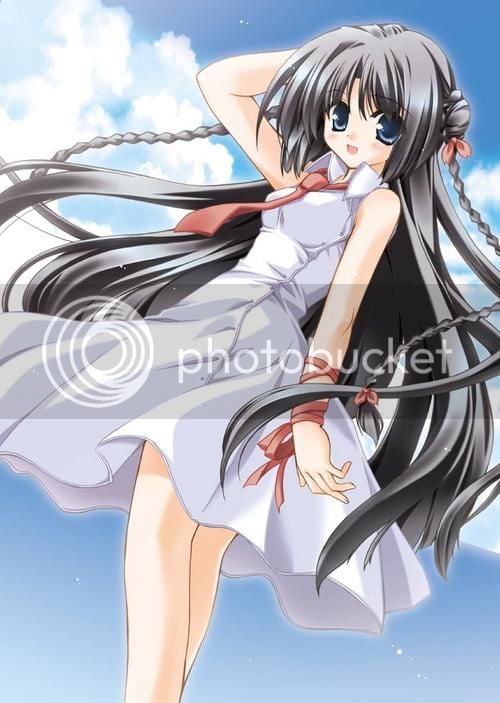