Three chickens.. what breeds are they?!

I bought three chickies back in December from a local breeder and they were all supposedly three months. She claimed the large black one was an Orpington (I agree with), but then said the smaller black one was a Shumen and the orange one was a Penedesenca. I find these last two claims a little odd since they are uncommon breeds and she was just selling them on Craiglist.

The little black one has feathers on her legs, but not her feet. She is black but a shiny iridescent green at the same time. She is the smallest of the three and has a terrible attitude lol. Her face changes from a deep red to a faint red depending on the time of day. I thought maybe she was a Langshan, but she does not have the U characteristic shape. The only other breed I can find that matches her is a French Black Maran.

As for the orange one, a partridge Penedesenca is the closest looking breed I could find, but even then she is a brighter orange and more orange throughout.

Anyone have any thoughts?

The picture is from right when we bought them at three months. It is the most clear one I have

Not BJG. They don't have feathered shanks, and my BJG never had a black face. Not sure what they are. Can we get individual pics, from the side and the front?

Need closer, clearer pics without the wire. I honestly don't think any of them are what you were told.
Last edited: Mar 14, 2018
L

Please bear with me, I have a very cheap phone lol but these are the best I could get.. the girls did not like the idea of pictures other than Frannie my red one

The large pic embedded is of the bigger black pullet, my "Orpington".

The smaller black one in the thumbnails has the feathered legs 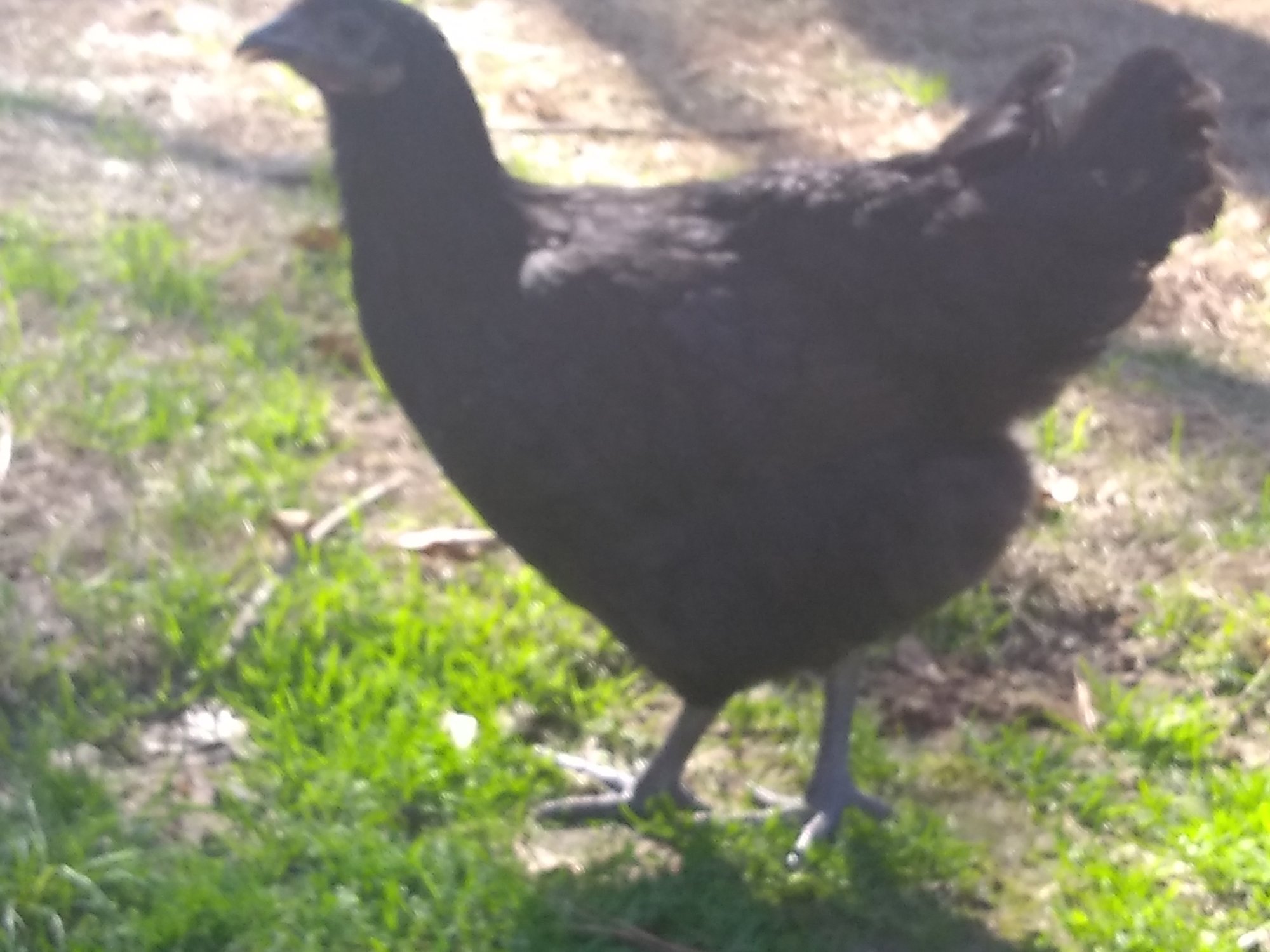 Look like crossbreds to me. How old are they?
L

Awe, I have mutts basically? Lol

They were supposedly three months at Christmas time. So I assume going on six months now. No eggs yet though

I agree that they appear to be crossbred birds.

I'm sorry but they all appear to be cross breeds. Maybe they will be good layers despite that.

What gender and breed are these chickens

M
What breed are these?