I was complaining that my roo kept sounding the alarm for no apparant reason, and today the reason made itself very clear. I found a heap of feathers that used to be my faverolles pullet (only one missing). There were just feathers, no blood, feet, bones. I suspect this is not the work of cats, as they don't usually pull feathers like that, and do leave a mess.

I also found a large, black feather just nearby, but that sort of looks like a brahma girl tail feather.

What did this? Bird of prey? The yard is fenced in, stray dogs would not have gotten in, and cats are not a likely suspect. I live in Norway, by the coast - badgers and foxes are possibilities, and martens. I have seen marten tracks nearby before.

I'm thinking it's not that big an animal, it would probably have chosen a bigger meal if it was.


I'd like to catch this thing, unless it's an endangered species of bird, of course.

The feathers have been scattered by the wind.. 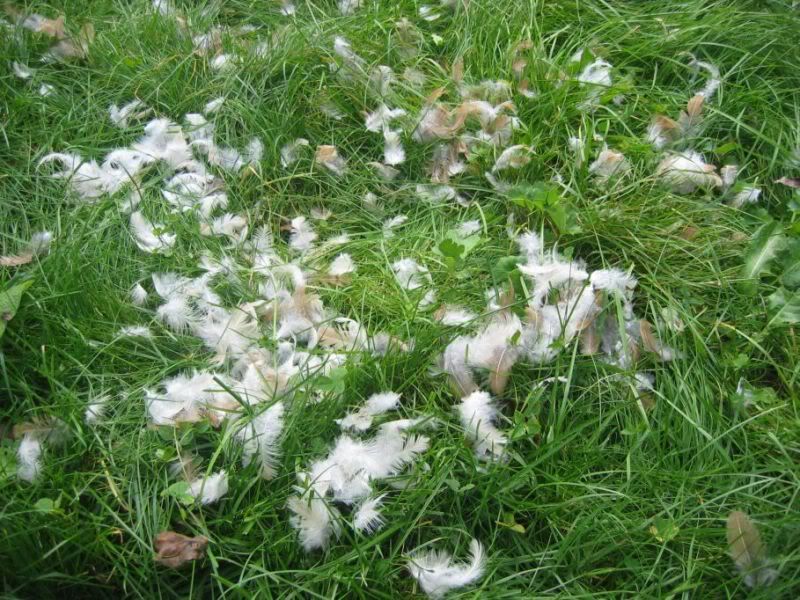 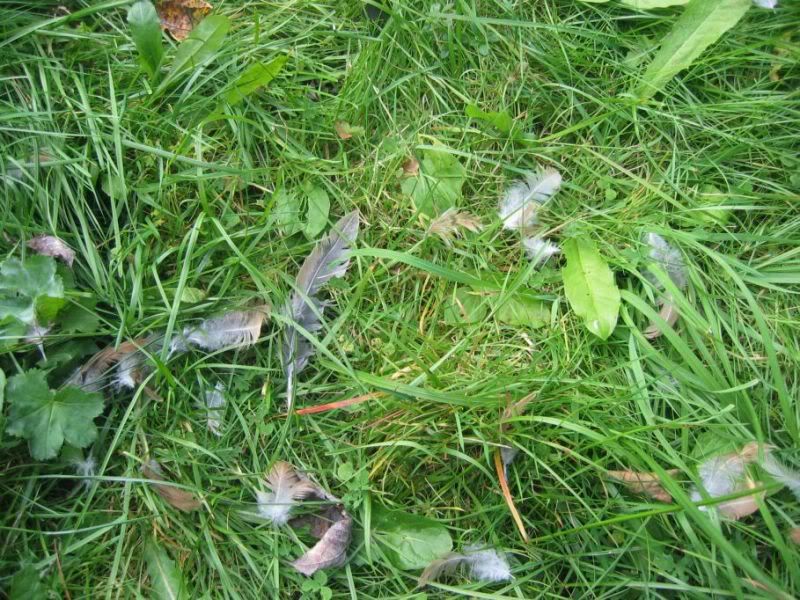 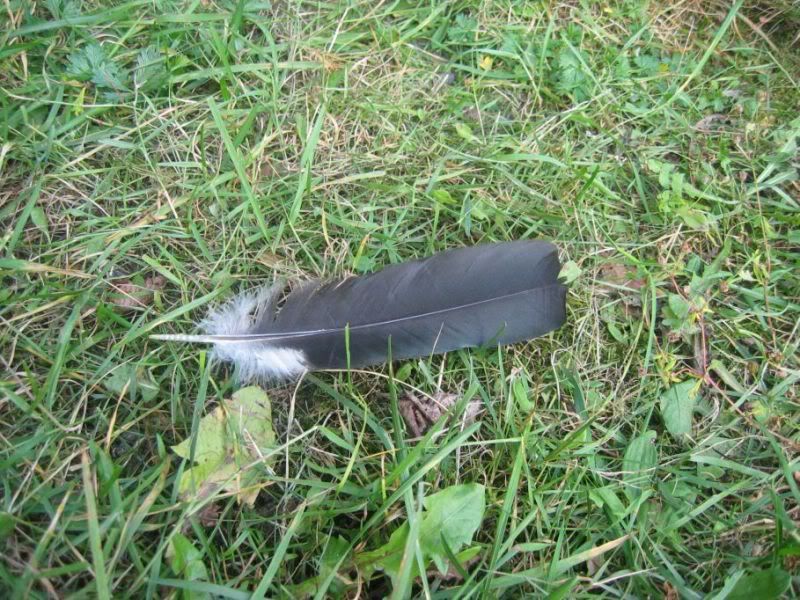 Whatever it is, it has to be big enough to leave with the whole bird.

I forgot to mention, this pullet was hatched in mid-july, not a full grown bird!

I had a fox leave tell tale signs like that. Another pile in the distance was all I could find. Without blood or bones, something, I would say that the bird was carried off. Hard to say what did the deed without more evidence. Hope you figure it out........Pop

Edited to mention; Roosters seldom sound an alarm for ground predators, usually just a lot of squawking and cackling. Was this pile of feathers left at night or during the day?
Last edited: Sep 28, 2009

It was a wild preditor as it only took one, and ran. It probably killed the bird right there so that it wouldnt struggle while it ran. If you follow the possible trail you will probably find a regrip pile of feathers where the load had to be shifted. That would confirm a mammal killed your chicken. Could be done by a Bob Cat, Fox, Coyote. Not a dog or a cat. I am sorry for your loss.

When I lost my sex link to a hawk, it looked like a down pillow exploded in my yard.

Oh, and be careful. Whatever it was will be back.

We had happen, too. Just a pile of feathers. I called a trapper who guesses it was a hawk. We did start seeing a very large red-tailed hawk in the area after that.

Oh, yes - it is back. In fact it never left, I think it has a nest in our treeline. This time it didn't get any. It is a large bird of prey, with kids! Couldn't tell which one though. I have been working on the chicken pen all day, to make it predator proof, and was sitting there just ten minutes ago, done for the day, when I heard something in the trees. A large bird with a light colored chest landed in an oak up on the hill. I sat still for a while, knowing the chickens were safe, but it didn't move. I stood up to see if I could get a better look, and it took to its wings.
Then two smaller birds came flying and took seat in a pine. They were not bulky birds, and looked to be striped or spotted. It was dusk and they weren't that close, so it was hard to tell. They proceded to make lots of noise, short sounds.

BIG bird, the first. I'm sure it could easily have taken an orpington if it wanted to, or even my cats..
Goshawk is always the primary suspect when it comes to chickens attacked from above. It's name is actually "chicken hawk" in Norwegian. Seems to fit the description and the sounds I've been hearing.

They are considered an endangered species, so I can't touch them.


By the way, we don't have coyotes in Norway. We have something similar to bobcats (the lynx), but they are rarely seen.

Have Crows or Ravens Ever Killed Your Chickens?

Feather picking; what would you do?