The dogs started to chase them (the two coyotes), well, Toby did, anyway, and Lily followed. They were crossing the upper hayfield and Toby, being the great watchdog that he is, decided they had to go.

By the time I got out the door, Toby and Lily were running back towards the house with two big coyotes close behind - these coyotes were as tall as Lily ( yellowlab mix) they looked very well fed and healthy.

We've had problems with coyotes lately, so the .22 sits inside the front door, so I grabbed it, and they saw me, of course, so by the time I got out to get a shot at them, they were just running out of my line of sight. I did, however, hear a lot of gunfire down the field a piece (the back pasture, belongs to someone else, was maybe a 1/2 mile away). I hope whoever was shooting got the suckers!!

But, I was thinking, since Toby wanted to go back after them (once they turned and ran

) that he is the best dog I have ever owned - seriously. I would hate to lose him to a Coyote, so I made him come inside.

I love that he is so protective of the livestock here, and he is fantastic at "going on patrol" - but if he was ever killed or injured and had to be put down, I'd have a terrible time replacing him.

I've never come so close to having him injured (at least not that I know of - who knows what happens at night when he's out on patrol) and it made me very uneasy.

I couldn't help but think that I'd rather lose a 10 dollar chicken then this mutt that I got for free that has become a priceless addition to the farm. Even my neighbor who breeds purebred beagles for hunting says (every time he comes over) "That's one good dog".

Toby takes his protective duties very seriously - and will go after anything that he feels is threatening his critters (this includes any animal on the farm.).

so... for those of you with guard dogs, does it ever make you uneasy for them to "do their job" thinking that you might lose them?

Okay....wheres the pics of Toby and Lilly... (I need a tapping foot impatiently smilie)

I tried talking my DH into a GD but he said it would be sleeping with us in the bed instead of outside working just because of that issue. Make sure you give the pups a treat for doing such a good job!! 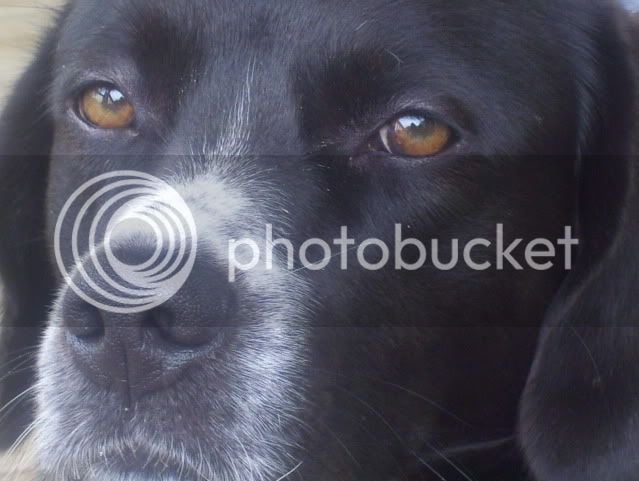 here they are wishing I had a big couch and not a puny loveseat.... 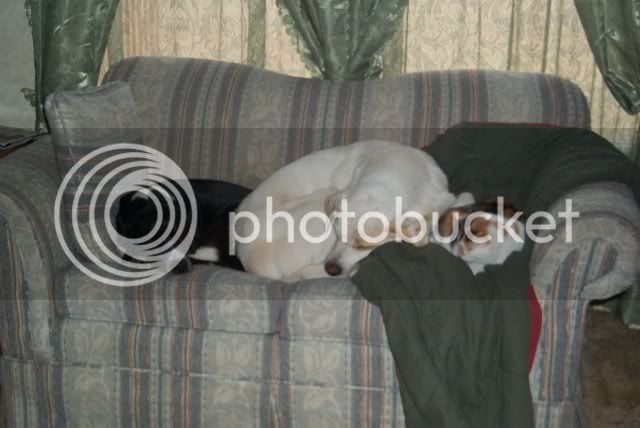 Toby Chillin' with his peeps 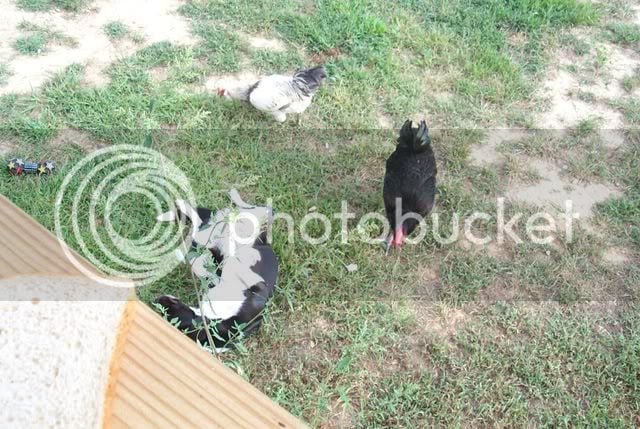 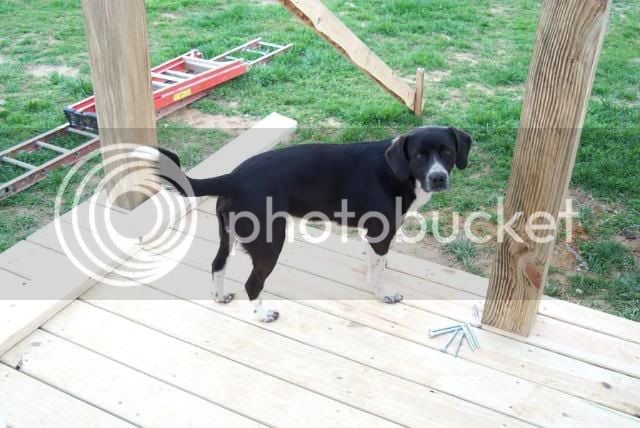 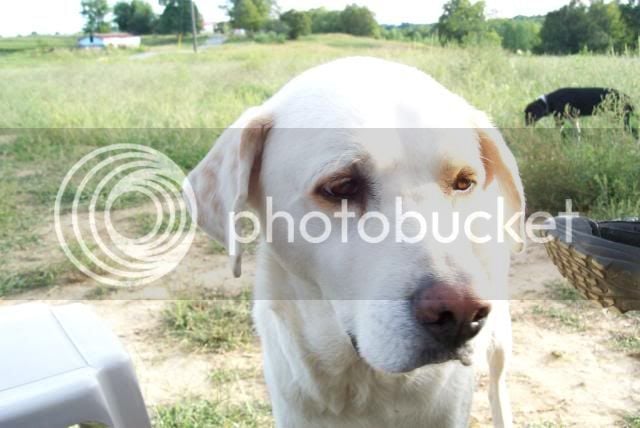 aww, thats "one good dog" for sure. And yes, i think the same. Being a backyard chicken raising lady now, my dogs are with me indoors or out, but when liven in the country, i even brought my *guardian* dogs in at night for that very reason you speak of. Just too much "packing" going on at night it seems. Yea, seems frutless mabie to have them then, but for some reason, mabie their smell? i never had lost critters at night either, even hearing the howling of coyotesjust above me, seeing bobcats, and even occasional mountain lion during the day. I dont think it's the way to go for most, but it was the only way i could get rest at night myself..

Quote:
Toby likes to sleep inside, too - but he gets to go out on rounds a few times a night (he asks to go out).

(he had ear issues for the first year of his life - had a "wet ear" luckily he's outgrown it, didn't have to put tubes in.

Quote:
I also have 9 donkeys - so they warn of coyotes at night. I lock the chickens all up at night, so they're reasonably safe - I doubt a coyote would take on a herd of donkeys, and the calves all sleep in the barn at night, so nightitme is actually the safest time around here. Those coyotes been coming out in broad daylight this summer, though, and are getting bolder as Fall moves in - has me worried to free range during the day even.

I know what you mean...I worry about mine, too. I've got a Border Collie mix that wandered up. She is a great dog. Not as good as our Boston Terrier. She's saved my boys on more than one occasion! She will charge any feral dog and chase them off. Scares me to death when she does it. The worst was when we were trying to load a pig...once she decided the pig was a threat, she hung on.

We had to hold her to finish loading it. I just knew it was going to eat her. It tried!

You know, I've never been much of a "dog person" but I absolutely love Toby - he's my buddy, follows me everywhere. We got him as a pup when we moved down here (so Lily would have some company).

He's a beagle mix. He's very pretty - and yes, that is a kink in his tail that you can see

he has trimmed down nicely with all this room to run, though.)

Yeah, I worry about mine, too. I especially worry about my little shepherd cross rescue dog. She is the best, but wouldn't stand a chance against a pair of coyotes. I am glad your dogs weren't injured.

so... for those of you with guard dogs, does it ever make you uneasy for them to "do their job" thinking that you might lose them?

Yep! My Reba mostly comes in at night, but sometimes she hears something and is gone, then I can't go to sleep until she shows back up. She's great with the bird, goats, cows, cats etc. and won't tolerate anything (including people) on the property that I haven't given the ok for.

Two years ago the coyotes were packing up really bad. She went chasing after two of them in the lower field and I could hear at least four other "voices" in the section that is out of sight of the house. She's about 75lbs so mostly they run when she chases, but this time there were enough of them that they headed towards her. All I had handy was the .22 and they were too far for me to get a good shot, but Reba hates any kind of gunfire so when I shot off a round the coyotes all headed for the creek/tree line and Reba ran home to hide under my desk.