Two roosters (one Easter Egger, one Frizzle) to rehome in New Hampshire

This is my first time raising chickens and two of the cute-as-pie fluffy balls of fuzz have turned out to be roosters. I'm not allowed roosters where I live, so either I have to re-home these cuties or eat them. They're both only about 6 months old. I've attached pictures of them both; it should be extremely obvious which is which.

One is an Easter Egger. He's tall, meaty, very loud, and extremely pretty. He's friendly to humans and hens, and only does the I-can-bounce-higher-than-you sort of arguing with the Frizzle rooster. We named him Kiwi (when we thought he was Miss Kiwi).

The other is a Frizzle. He's less tall and meaty, and not as loud, but also extremely pretty, in a curly and chaotic sort of way. I think he's a Cochin, under the frizzle, but we don't know; he was sold to us as 'A Frizzle', with no other breed information. He's less friendly to humans, but not aggressive, just not human-focused, if that makes sense. We named him Miss Frizzle, after the Magic School Bus driver, but of course, now he's Mr Frizzle.

In other words, Kiwi likes to be around people and seems to crow for attention, but Frizz mostly wants to hang out with other chickens.

I'm in Coastal New Hampshire and can get pretty much to anywhere within a couple of hours drive from Durham New Hampshire. I'd rather re-home these sweeties than eat them. 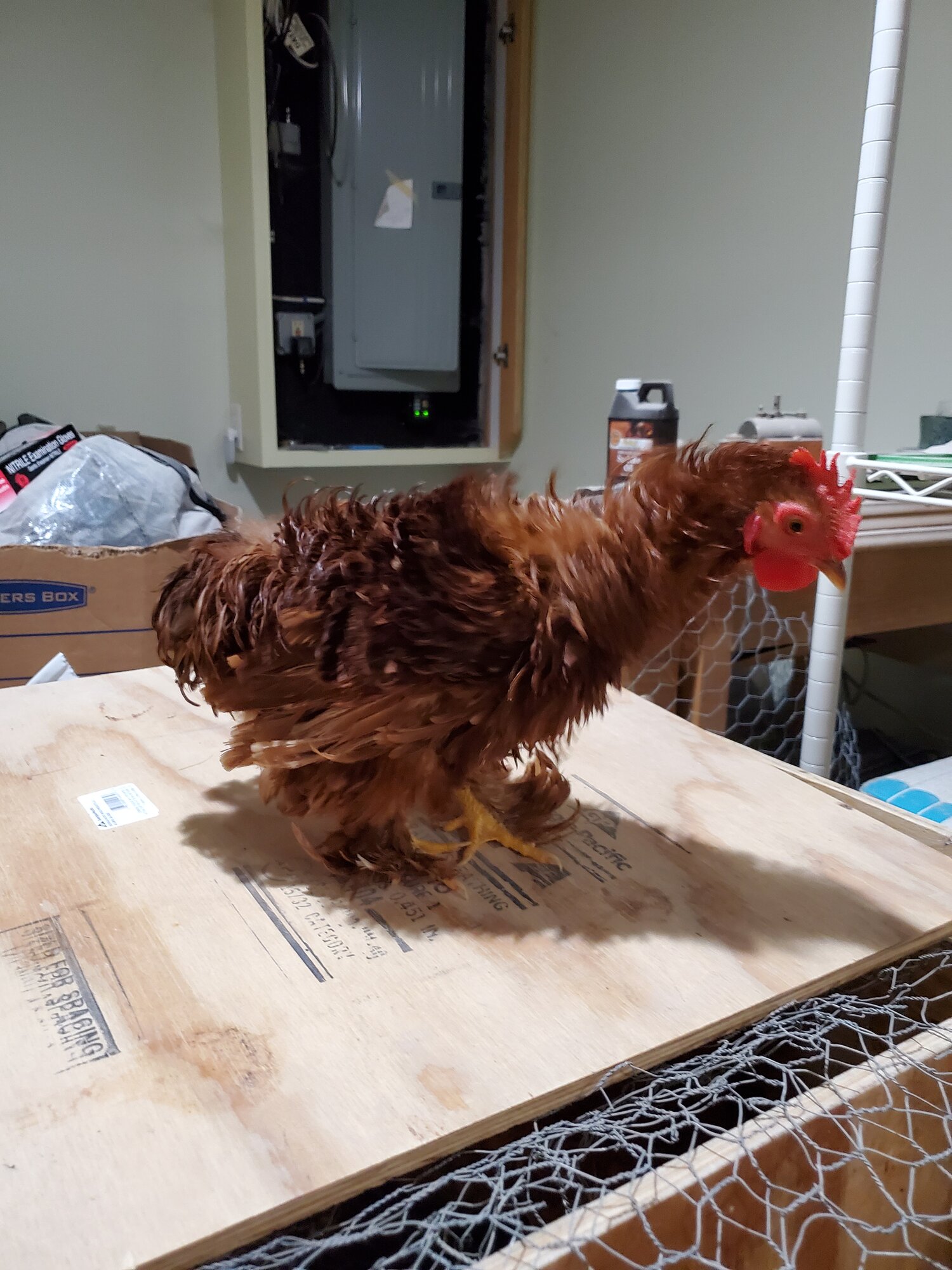 What am I doing up here? 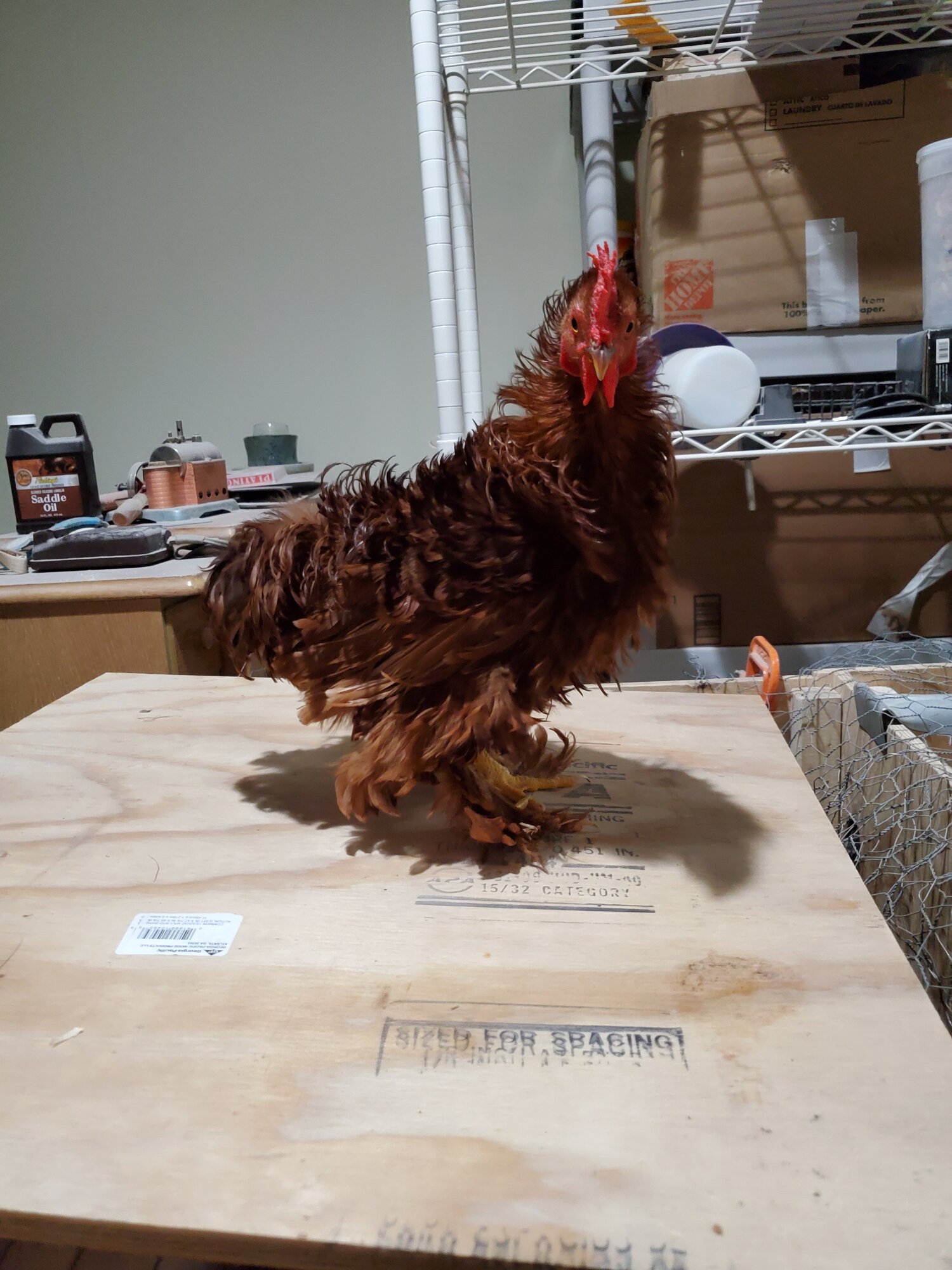 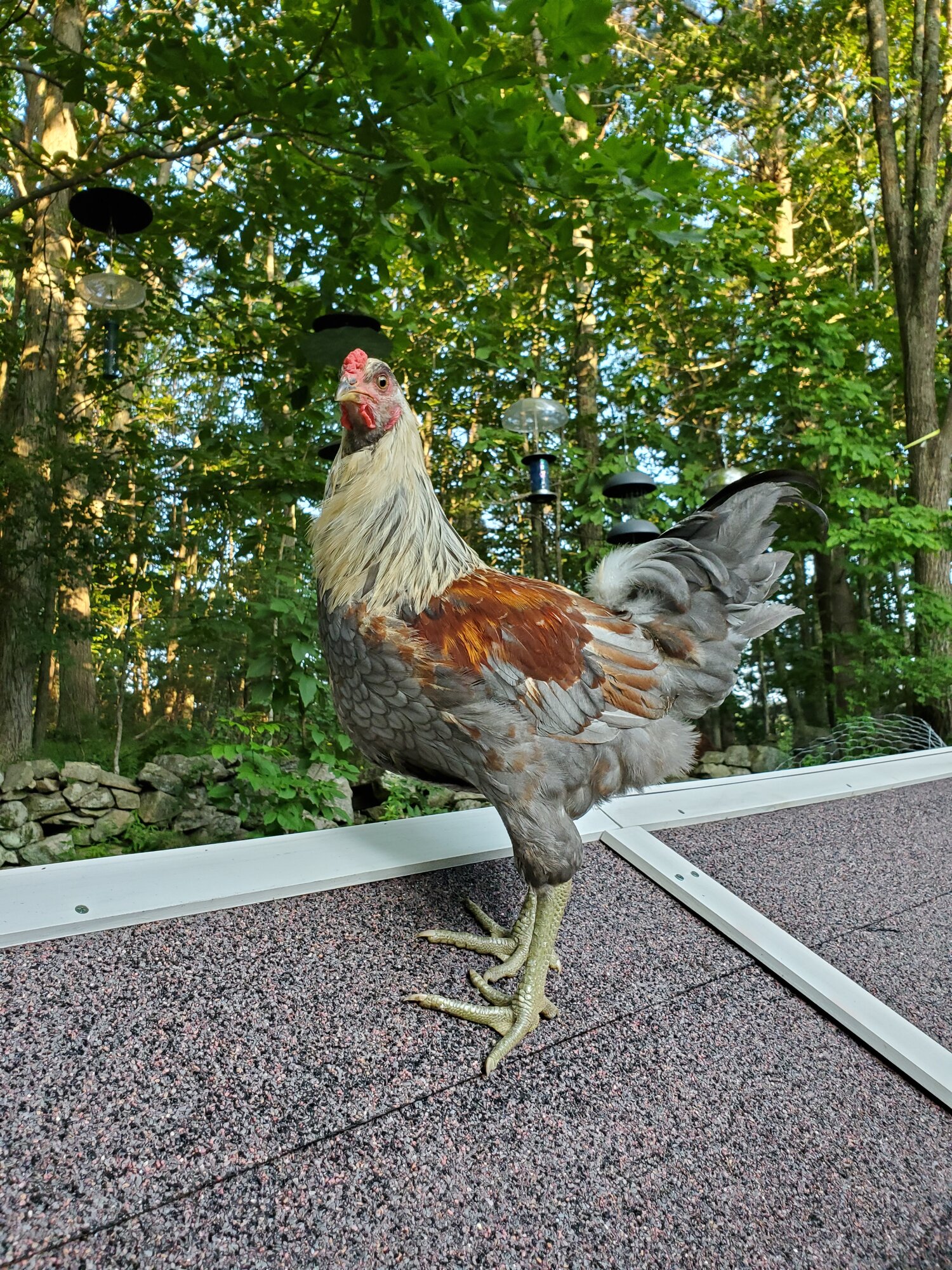 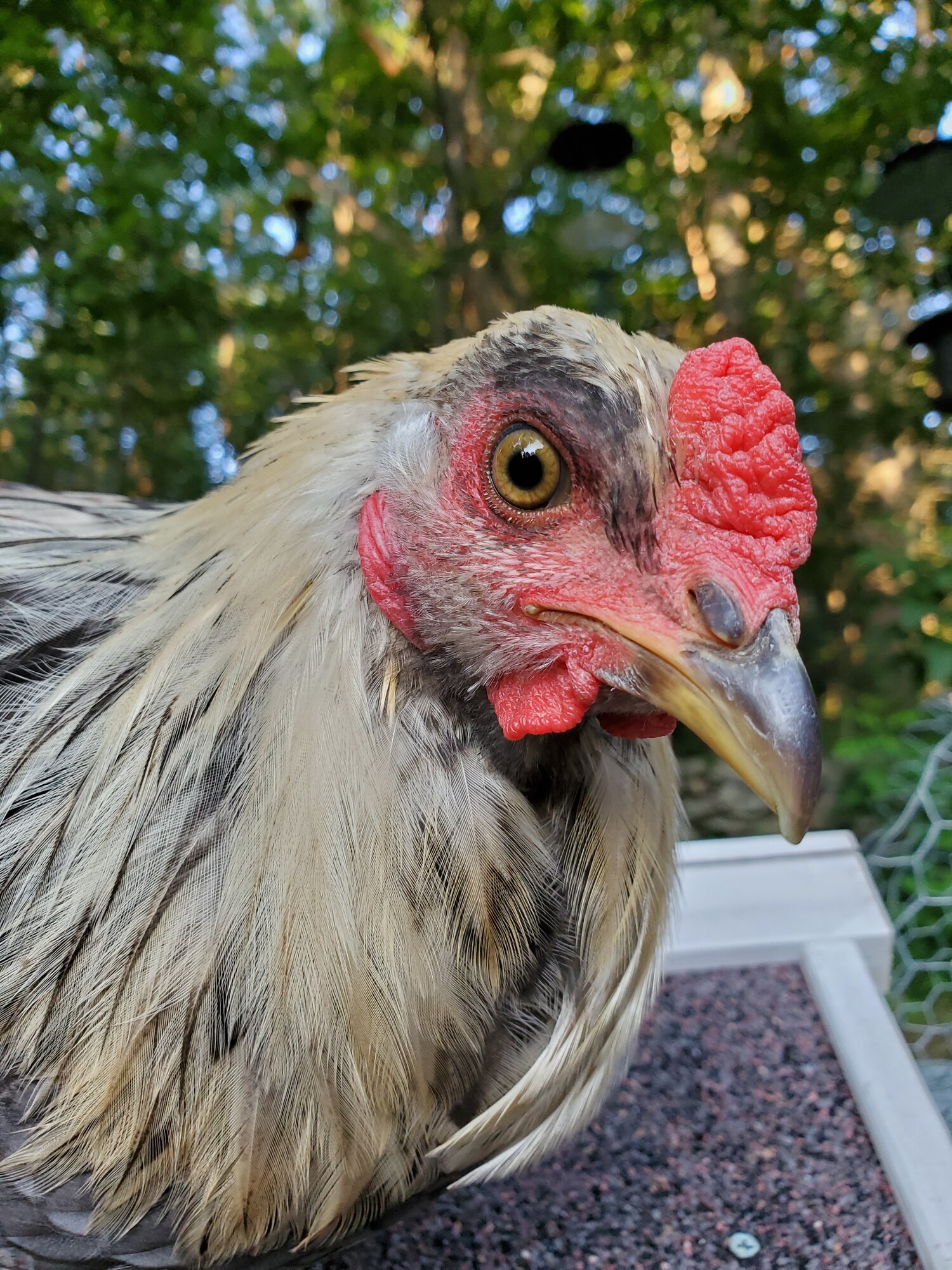 Where are the treats?

Kiwi would like to know where you've hidden the grapes.

I also may be interested in these if still available. Let me know what you have that is available

sarastamand said:
I also may be interested in these if still available. Let me know what you have that is available

They're both still available! Do you have a flock in need of a loving dude or two to sing to them?

Wish I was closer to you! I just love that frizzle!

Wolfefarmyard said:
Wish I was closer to you! I just love that frizzle!
Click to expand...

Heh, yeah. NY is just a bit far to drive. He's a total cutie, though.