I found two weird eggs in the roost area this week. One was a no-shell.....no big mystery there. But the other was odd-colored. It was medium brown on one half and light brown on the other. It was as if it had been dipped half-way down in Easter egg dye with a perfect demarcation between the two colors. Of course I forgot to take a picture and this morning I went and ate it so I can't show it to you, but somebody around here has an identical one in their avatar photo. What's the deal with this? How on earth does a chicken do that?!?

By the way, I'm pretty sure both of the oddball eggs came from my Australorp who's been laying for about two months. She's NEVER laid an egg outside the nest box before until these two. It's like she knew they were weird eggs and didn't want to waste her time laying them up in the nest. Maybe she's more clever than I give her credit for.

I know exactly what you are talking about. I get about 3 of these eggs per day. I am pretty sure that my RIR are laying them. The variation from the top to the bottom is very distinct. I think "FarmerKitty" has a picture of a two-toned egg that she collected from her hens as her avatar.
Last edited: Sep 22, 2008

Yep! I'm the one with the two toned egg as my avator. I have no clue what causes it. I've only had the one egg like it and my girls have been laying for a little over a year now.

I got one of those Sunday! It was a pullet egg and on the light brown side right in the middle is a perfect darker brown circle. I forgot to take a pic too, it was a strange looking one though.

I found this very interesting topic on shell colors thought I would share.

We Had this weird One today 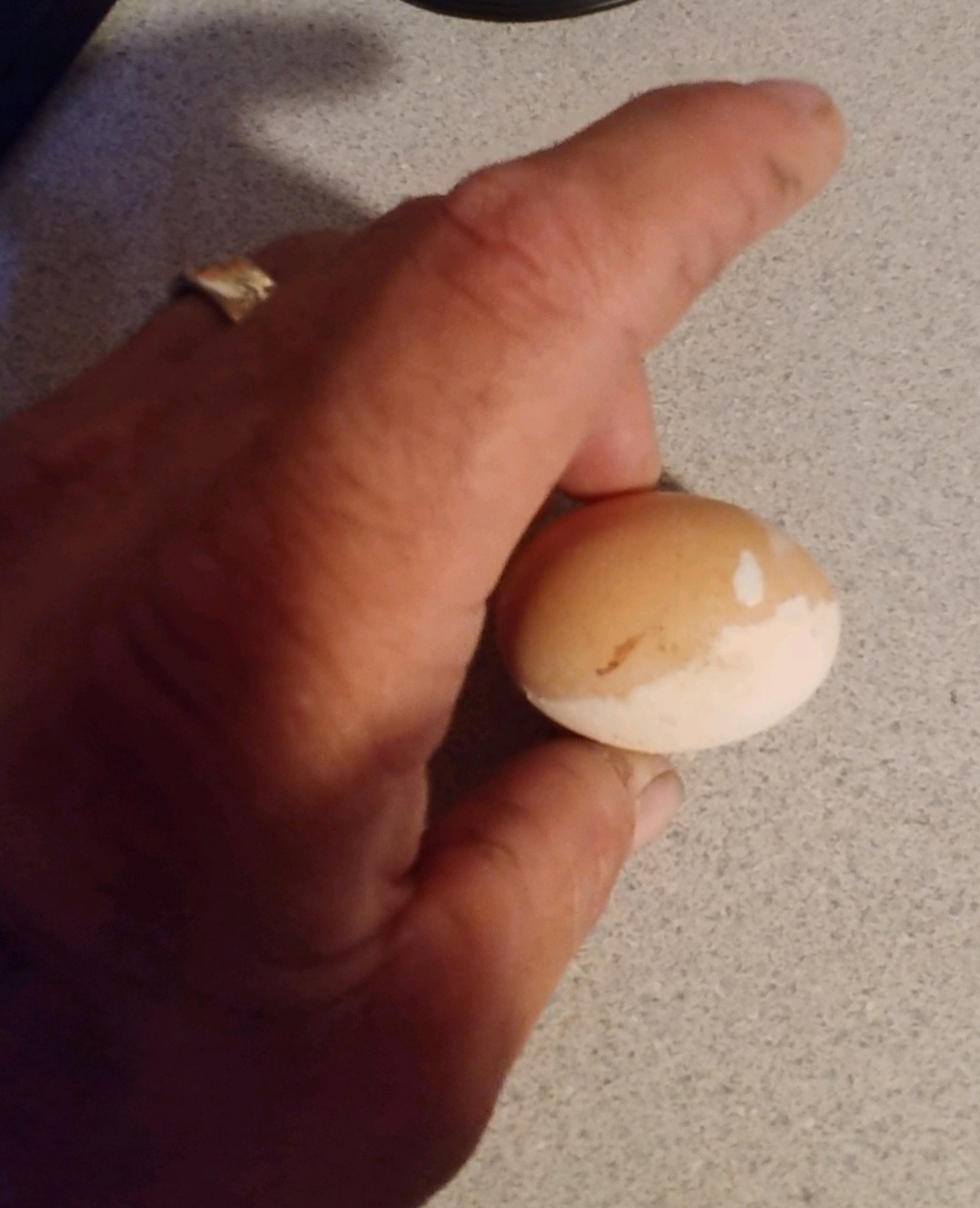 I got one today! Think it's from one of my RIRs

C
One chicken, occasionally two eggs a night one hard shell one soft?

Egg color changes: a pink egg instead of blue/olive.

Are these eggs from the same chicken?