So many people put up pictures of their beautiful chicken houses, but ugly chicken houses matter too, and are functional. My coop is not unlike the Winchester house, which started out smaller, but had many additions over the years, not all pretty but in my case useful. My first design was just a square house with good man built bones and had 2 awnings of the ends. Well the ends got filled. Below is a drawing of the lay out...and it faces North. first room to left top is a baby chick area, with sun window. it only gets evening sun. The other long room to the right of that, is a walk way from main room to the feed room. The main room is the area build by a man. Roosts and nest boxes in there. 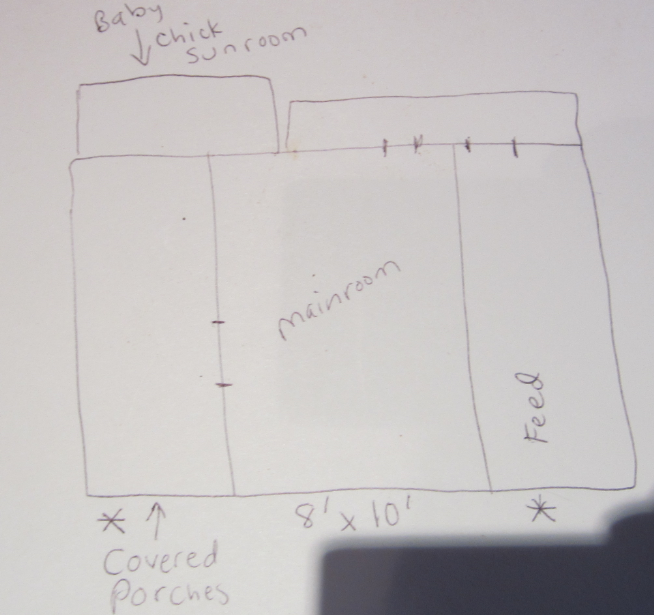 The nice thing about my coop is I can close it up, and the feed room and the other covered porch would be a good out door area, and they would not feel too trapped in side. All little pop doors open to another room. The SS hen below is "Sophie". 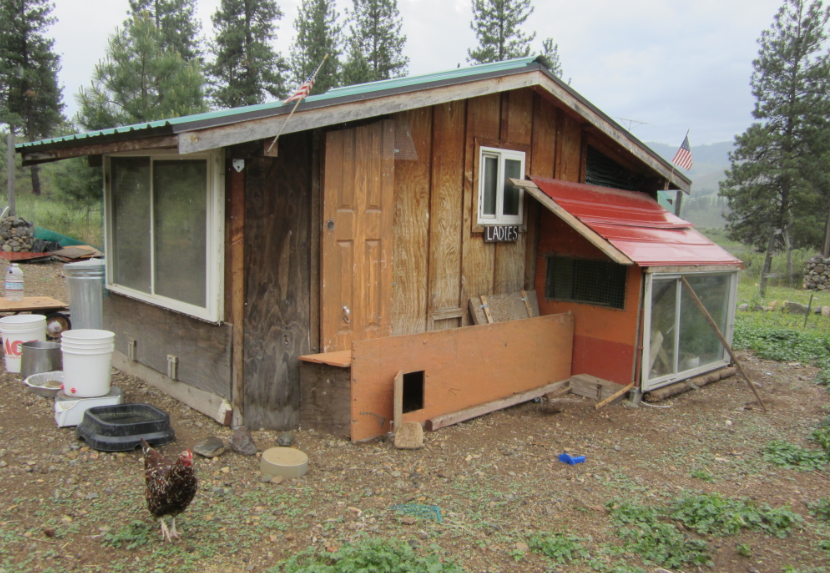 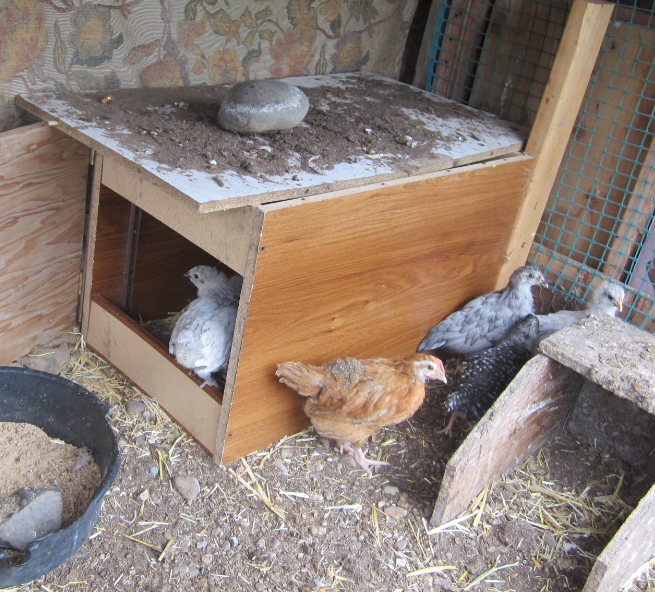 They are store bought but for the little rooster, I hatched him from some eggs earlier in season, and only kept him because he had a splay leg as a chick, he is better now. 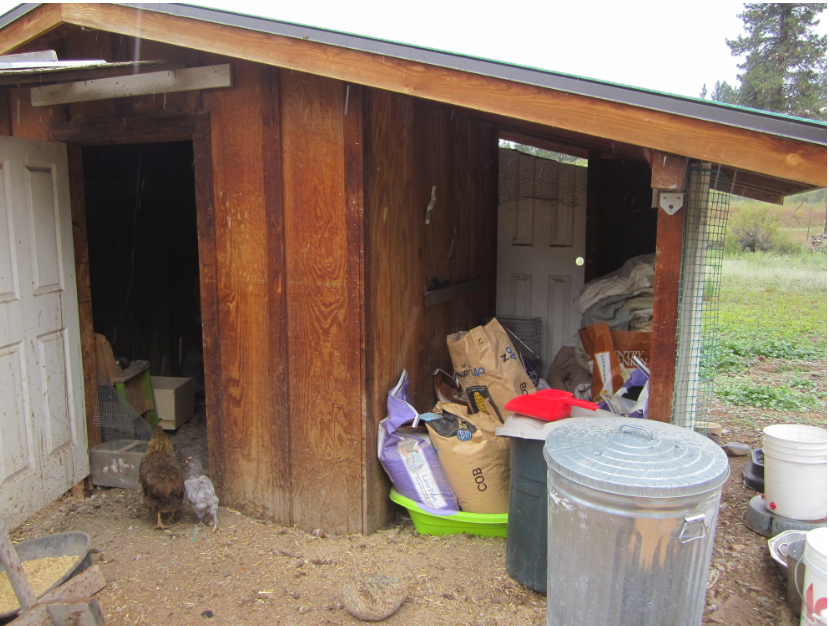 Here is the feed room side of my coop. (I got the chick above at 4 weeks old, and gave him to the welsummer hen he is with who had a hurt wing. I think helping to raise the chick healed her wing. The chick is now about 9 weeks old or more.) Also note the buckets out to catch rain water. 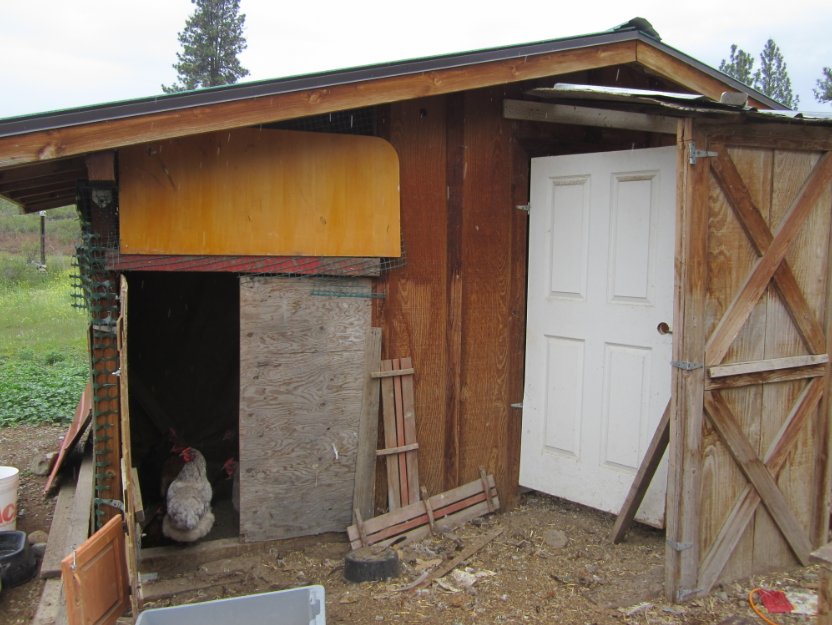 This other side is just a walk through area, or in this case rain shelter for the hens. All my ad ons look terrible, but they are functional, and in good use. I may or may not change a thing.
Would anyone else like to show their "ugly coop" with pride?

Chickens coops made from whats on hand are folk art. As long as it keeps the birds safe and dry its all good.

I built off a salvaged roof panel and some leftover tin. Some of the treated lumber was used and over half of the hardware was stuff left over from other project over time. The chicken run was possible from old antenna tower sections and poles.
I had been collecting things for a year or so to build. When I came upon the free roof panel it was the same as TSC "fall chicken days" event and I jumped into action. https://www.backyardchickens.com/threads/10x6-roofed-with-a-8x20-run.1325133/

Mine is also "ugly" literally spent nothing to build it aside from actual hardware for the doors and the hardware cloth. Old wood from under the deck, tin roofing found in a shed from previous tenants...

I chuckled when I read the part about your coop not being too much of an eyesore at a distance. It reminded me of my dad, who would have been 92 today. He owned an auto body repair shop and would sometimes make reference to someone's "blockaway" paint job. In other words, it looked fine -- from a block away.

He also was always a farm boy at heart who made tools when none existed for the job he wanted to do and built his own share of ugly chicken coops. Kudos to you for making your own coop to suit your own needs. And, just for the record, the coop that I built is not nearly as pretty as my pre-made coop that I show off in my avatar. Nor was it nearly as expensive.

My coop has good bones, some day I may take down the uglies and let someone else have the scraps. but I have babies and like all the rooms. just like the winchester house.. 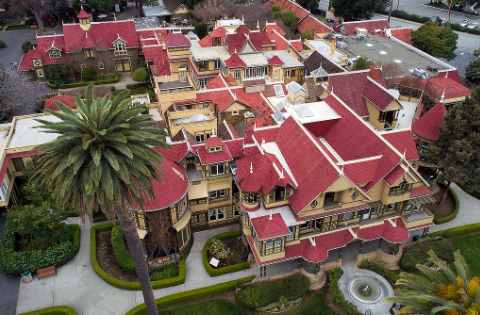 But hopefully with out chicken ghosts.

B
Florida Coop and Run

Dream chicken coop—let’s design one together!
2