woodworm said:
I had noticed we had been getting more and more alerts from APHA so realised this was likely

Fortunately for my girls I built my run with a solid roof - but that wasn't because of this (predators). I guess I should go and disconnect my water butt from the guttering.
Click to expand...

Yeah, I did the same with a solid roof on their permanent run thankfully.
Let's hope flockdown isn't for too long this year

Funny how I’ve heard nothing at all about this because apparently only one virus is important now. Good thing my birds are indoors as we live close to farms. I got bird flu and swine flu and was hospitalised both times like 10 years ago.

UK readers might be interested to hear that chickens have been in Britain since at least 390 BC, https://onlinelibrary.wiley.com/doi/full/10.1111/age.13091

Free webinar for anyone concerned about AI in UK

Anyone in the south west of England got a few spare CPQ hens. Thinking of dedicating more space to them and want more ASAP.

Canina said:
Anyone in the south west of England got a few spare CPQ hens. Thinking of dedicating more space to them and want more ASAP.
Click to expand...

I had some a while ago I would have given you but I sold them all. How do you find them? I didn't really like how flighty they were. I'm more into my Coturnix.
C

KingB said:
I had some a while ago I would have given you but I sold them all. How do you find them? I didn't really like how flighty they were. I'm more into my Coturnix.
Click to expand...

I’ve never kept my own birds before, only looked after them at work but so far I think they’re great. Charismatic little things with personality and they like to talk to you, watch what you’re doing etc. They’re really cute and Ilike the background noise of them chit chattering in my bedroom.

I have permission for pets but my landlord said no livestock..but they also broke the law and I could now sue the hell out of them so I went ahead and got buttons. Honestly I’m sure they couldn’t tell them apart from a budgie or a blue tit if asked, so what difference does it make if I keep them indoors where they bother no one? They are tiny.

They don’t really jump straight into the air in this cage. They hop about though.

Ah that’s a shame about having sold the birds but I appreciate that you would have sent some my way. They would have been really spoiled. I have been trying since September and am starting to get frustrated.. So much money wasted on cracked hatching eggs etc

I just want two hens for laying and possibly to go with my apparently gay but could be bisexual roos. 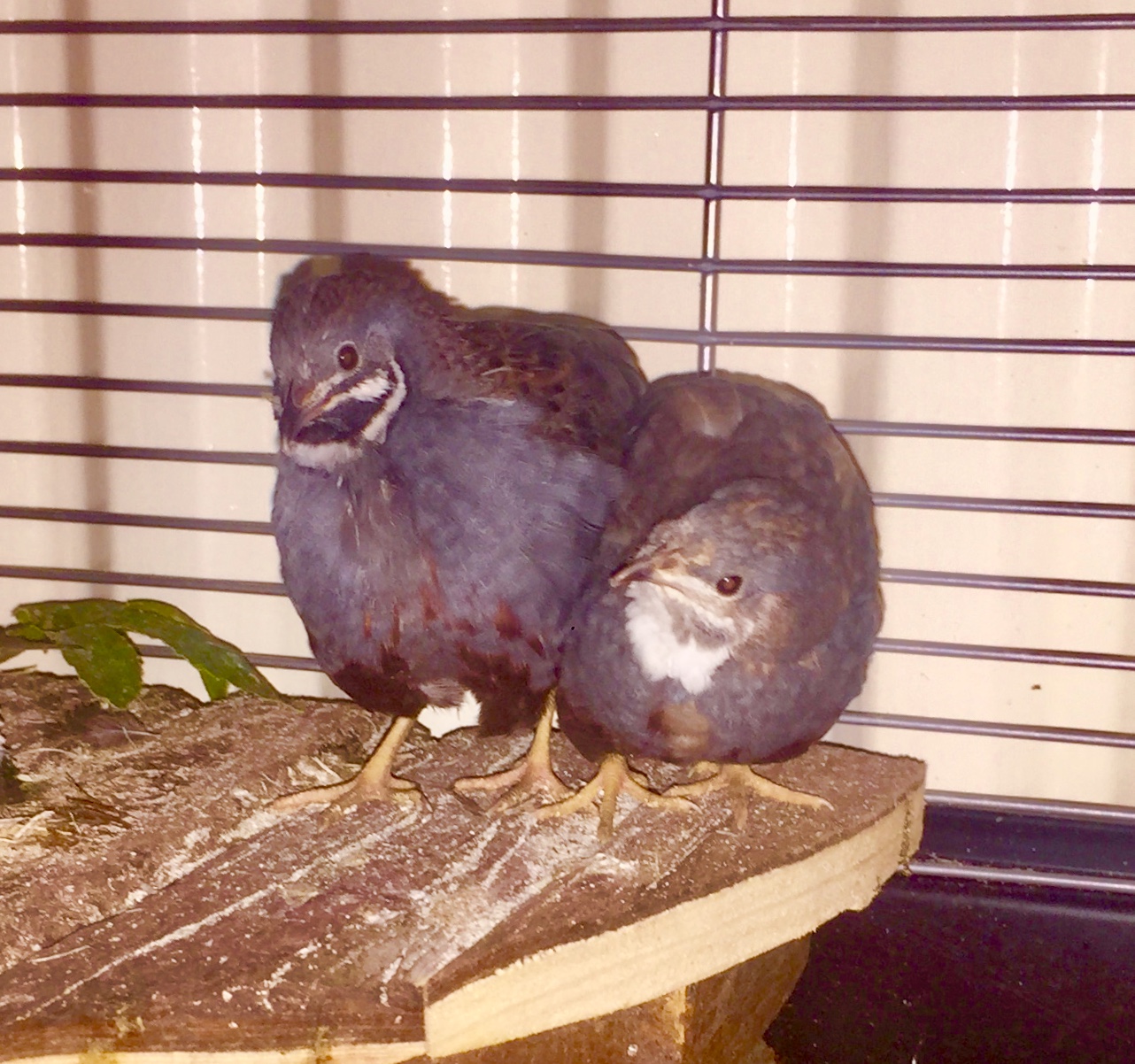 These birds don’t perch but they do enjoy having stuff to climb on, a different vantage point and it’s fun to jump off of.

Why do some say to leave mild bumblefoot alone?
2

Say HI from the UK!