by the other roos in his pen.He used to be the king pen but they have ganged up on him.He was motionless on the coop floor and when I picked him up but he wiggled just a little bit.I'm trying to save him right now but it maybe too late.I have got him conscience enough to take a few sips of sugar water.We are rocking in the chair while I'm typing this trying to get warmed up.
He opens his eyes every now and then but he is real weak.The only signs of wounds are on the back of his head where they have picked the feathers off but no cuts.His head looks a little swole also but we are trying.Say a little prayer for SIR LITTLE SPUR.

He is with me in the truck while I'm at work.He doesn't seems to be any worse but he's not really much better either.I think he knows my voice which is a good sign and I can get him to drink some water but he doesn't care to eat anything.All he wants to do is sleep.I'm going to try and force feed him when I get home.Any suggestions as to what? 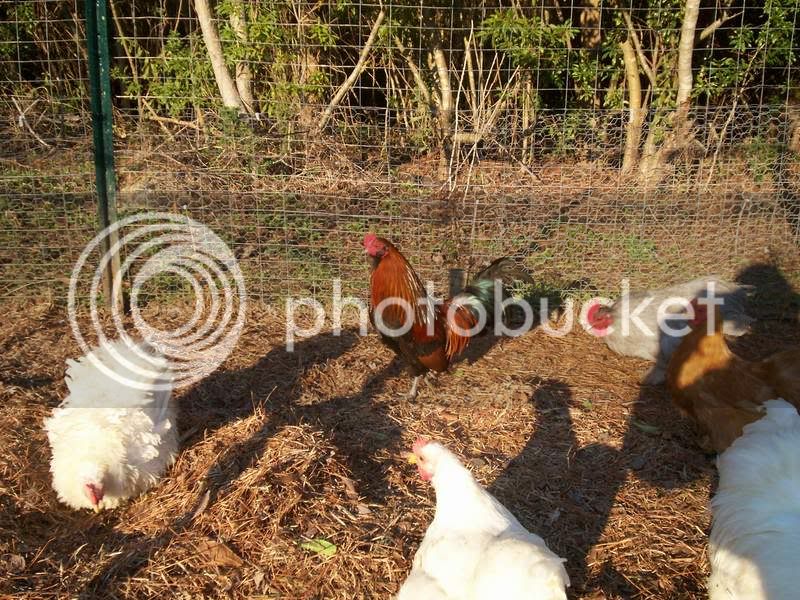 oh poor baby. I hope he makes it. sending

I hope he does ok!

Poor thing. Maybe he is just scared. You said his head looks swollen? Maybe he has a concussion. Do the best you can. It might be best to just put him in a quiet place where he would feel safe with some food and water.

He is very weak and dehydrated so we are working on that.Can't get him to eat anything so far but he will drink with his eyes closed when I stick his beak in the water.

I sure hope he pulls through for you, Marlon.

He has made some improvement since I brought him in the house.I really thought he was dead but he wiggled just a bit when I picked him up.He does open his eyes on occasion and he will drink water but he hasn't offered to try anything to eat.I think he may have been hiding for a couple of days and hasn't been drinking therefore he is dehydrated.I'm not giving up and he doesn't seem to be either.If I could just get him to eat something I would feel like he was going to make it.I'll keep you posted.

He still holding on and drinking a little water.He sitting in the cat carrier with his eyes closed and I keep getting him out to drink.I just hope he makes it thru the night then he may come around.

Rooster Has Been Attacked
2

I think my boy has frostbite.