I thought I'd post an update on my Silkie that we first thought had eaten moldy chick treat, but appears to have suffered Wry Neck instead. It was a tough call because the two juveniles in that side of our coop were the only ones the treat was available to and it had clearly been heavily consumed the night before finding her flailing on the coop floor the next morning. Fast-forward to today, one day shy of three (3) weeks since this began:


She's been on therapeutics that have included Vit-E, Selenium, B-Complex, and Prednisone, two times per day early on, now three times per day in the last two (2) weeks.

Her improvement, though slow, has been steady with the exception of a brief plateau for about 4-5 days last week. A week ago, she couldn't navigate going up or down anything more than a few inches difference in height. Today, she jumps down 12-14" without thinking about it. Where she was crashing when running a distance across the yard with the familiar bouncing and wings flapping a week ago, she's now successfully bouncing into the air and landing about 4 out of 5 times. Where she wouldn't roost because her balance was so bad on anything with an edge, she can now balance herself much better (not completely ok, but MUCH better).

In short, she just continues to improve day by day, showing us that Wry Neck can take quite a bit of time to overcome. We're at three (3) weeks and counting. If you have a chick with Wry Neck, don't give up if you don't get immediate results. Give the chick the time needed and you might be rewarded with a bird that knows you better than any other in your flock, and you'll know them better too!

My bf spends so much time with this chick each day that she follows him everywhere, comes when he calls, "purrs" back and forth with him if in earshot, is as content as a bird can get in his arms, and just seems to love him. That is SO worth the effort!

Thank you too to all of those that have offered help, guidance, and well-wishes for this sweet little girl! Here are a few photos from the last couple of days:


Friday, July 9 with her sister at the left, and their buddy Phoenix walking between them: 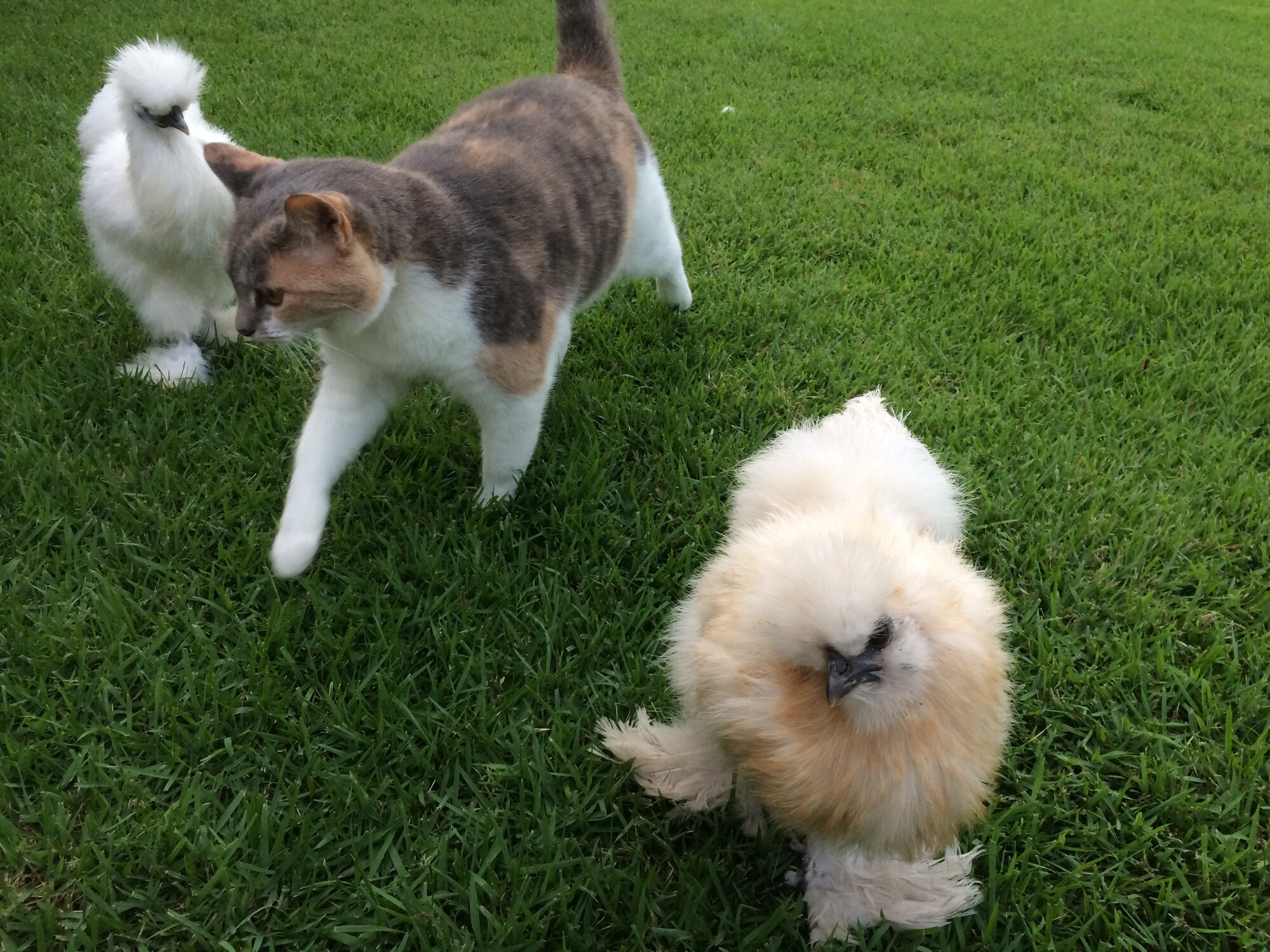 Sunday, July 11 with her sister: 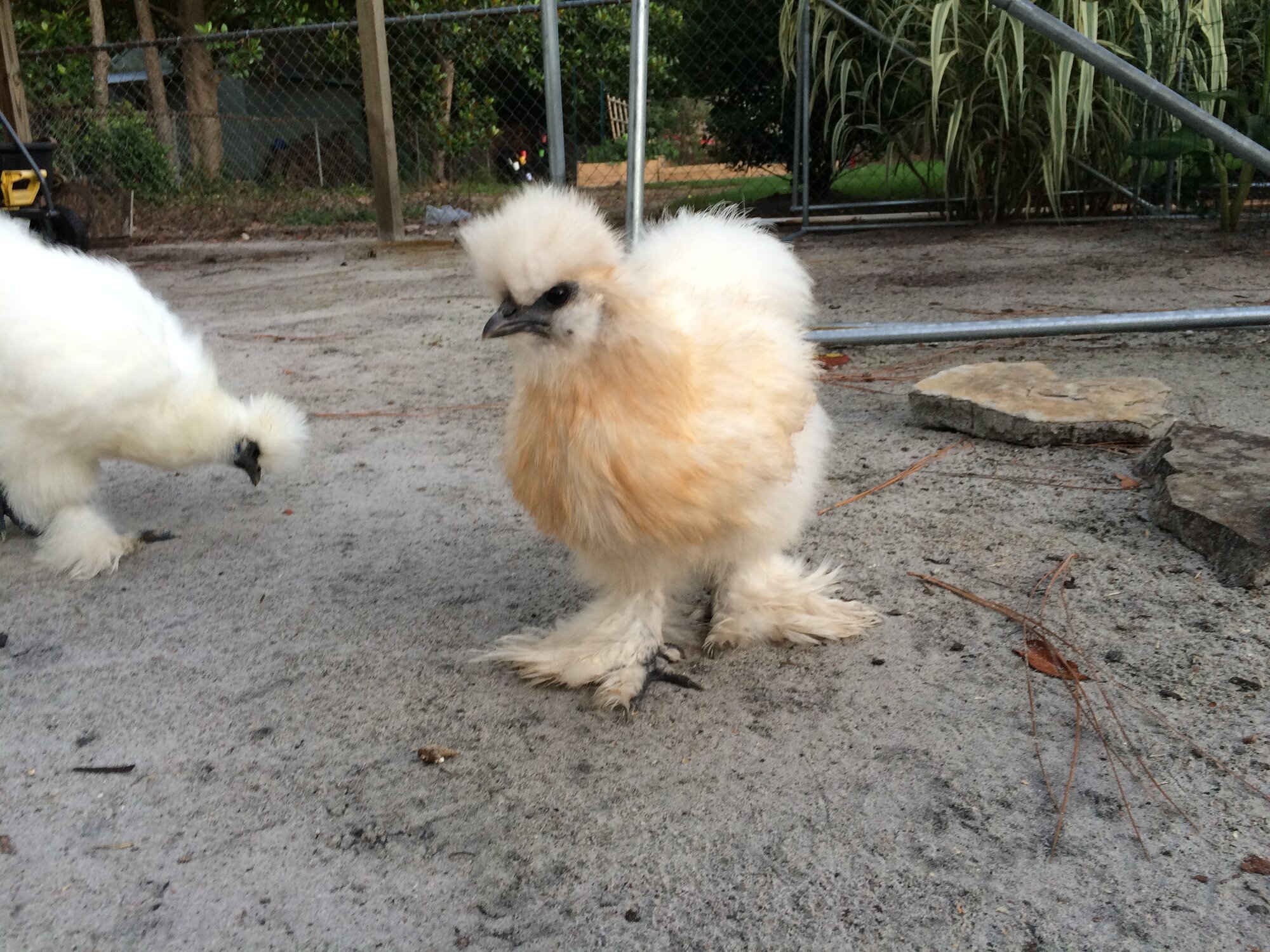 She's on the stepping stone/paver in this shot from Sunday, July 11 - mixing it up like she used to with the rest of the flock: 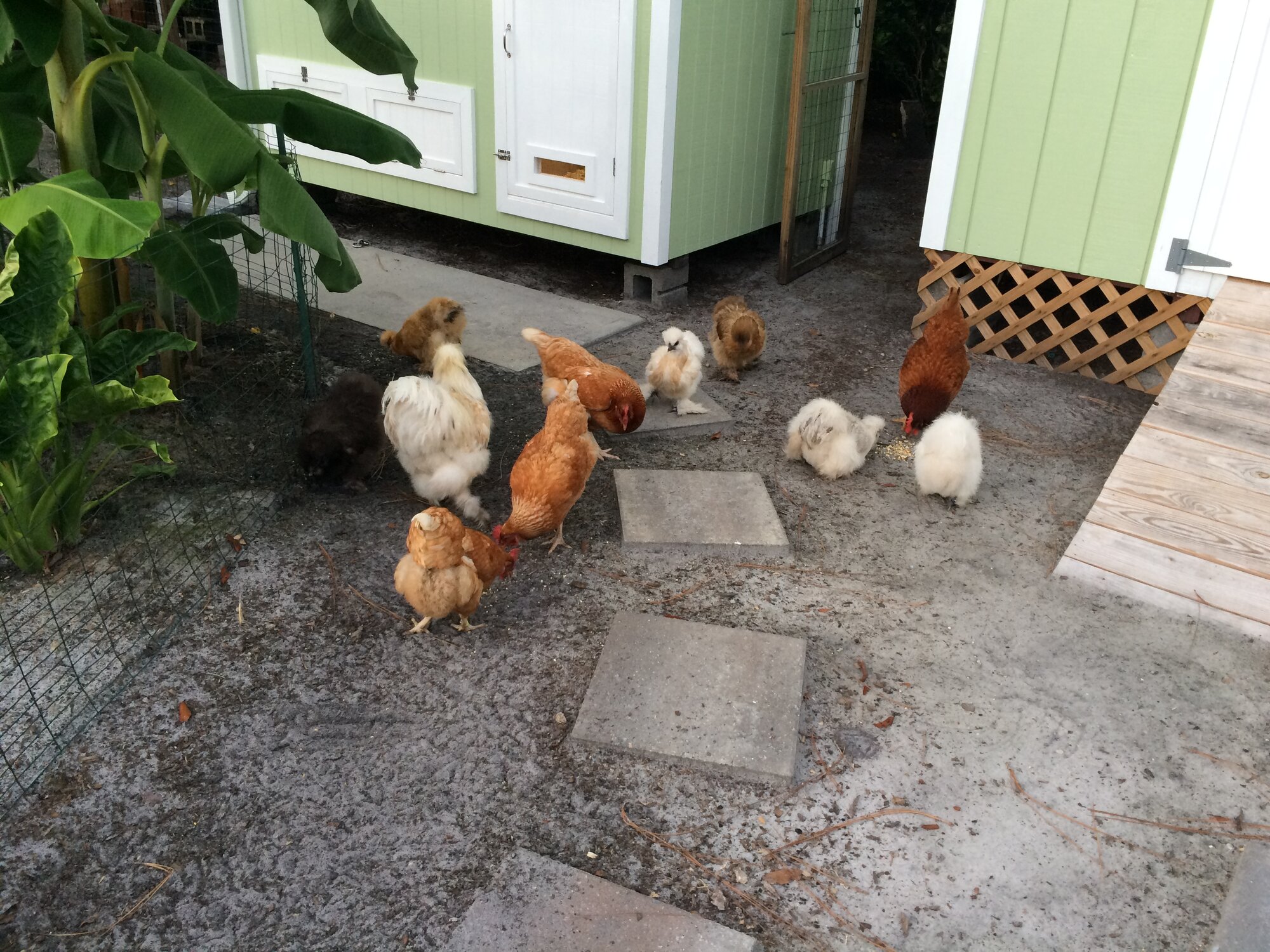 Since she's been staying in the house at night, she comes to the back door when it's time to go to bed at dusk - think this was Saturday, July 10: 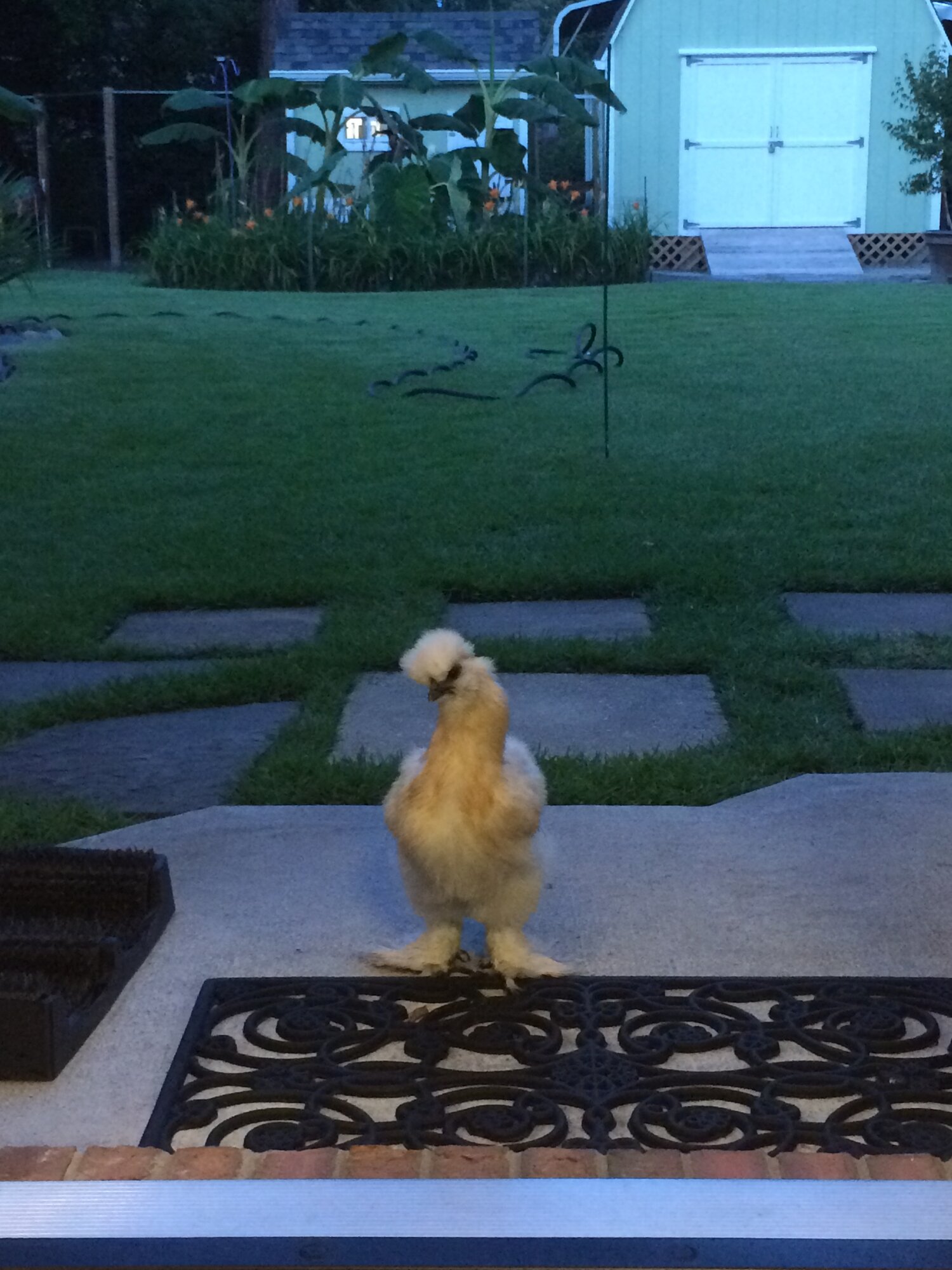 Bird fanatic said:
Awww I'm am so glad she is better!!!!!

Thank you! We're VERY happy that she's improving. She's such a little love bug that it brings tears to my eyes seeing her doing so much better. We've still got a ways to go however.

Our little girl continues to improve and is taking steps we haven't seen in nearly a month:
She is now able to jump UP again, jumping from the ground to a chair seat that was some 18" up a few days ago AND jumping UP on the roost bars in her side of the coop last night.

In addition, she's running and playing like she used to, but she still shows some signs of Wry Neck, so the treatment continues...

Here are a few photos from this week:


7/14 - Checking out the tunnel entrance to her side of the coop, the first time she's been in the coop since June 22: 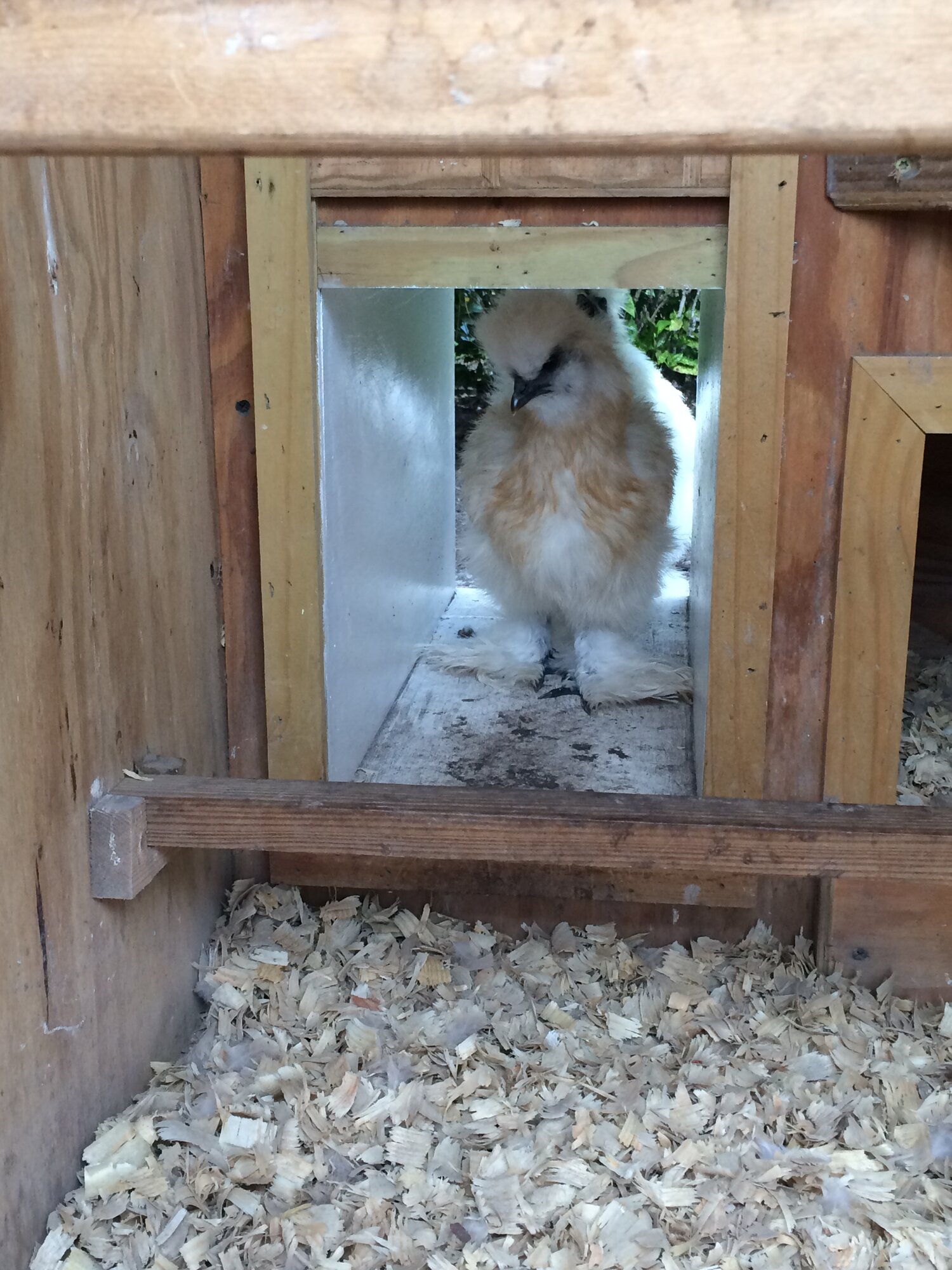 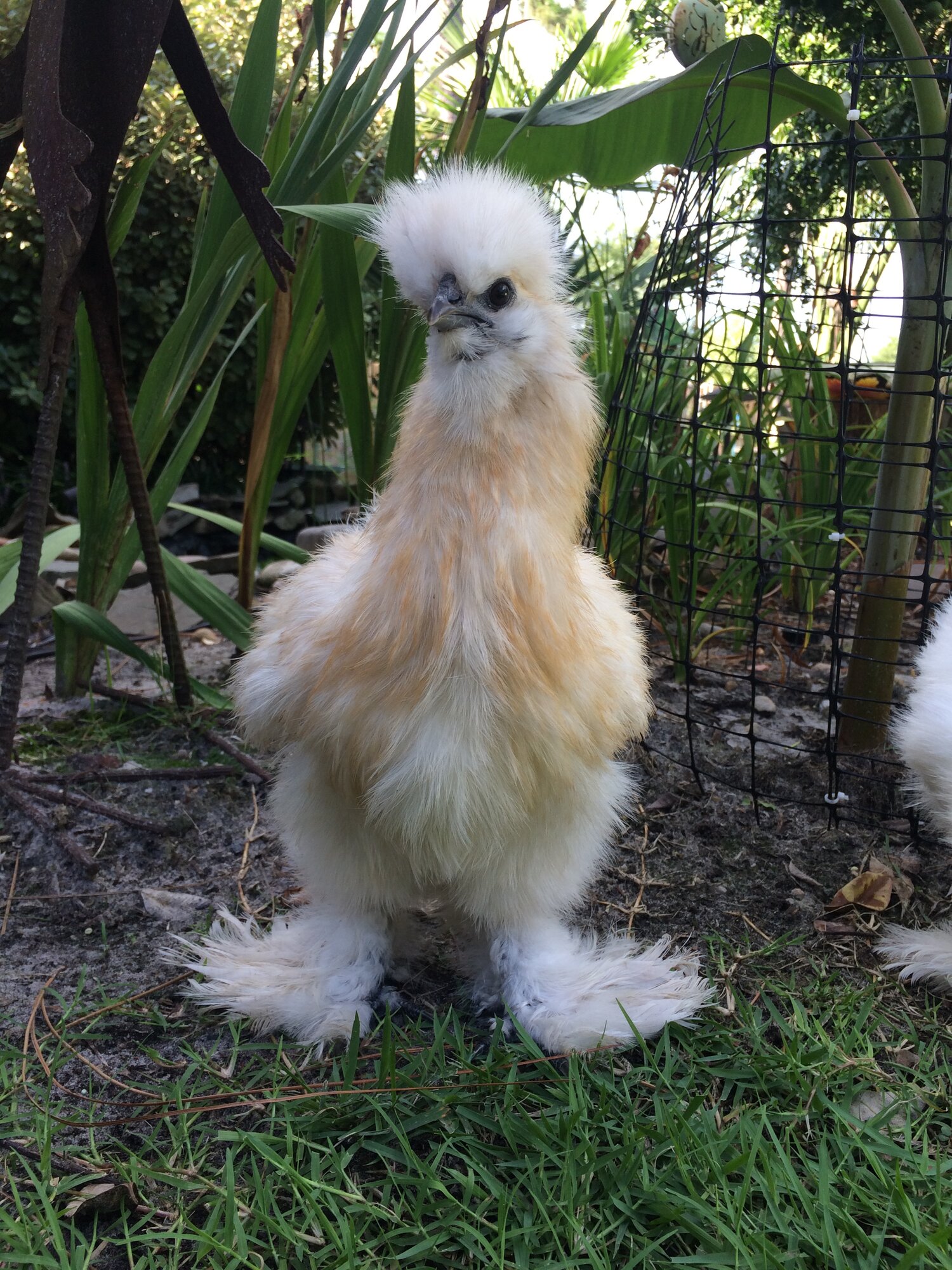 Enjoying some live mealworms with her sister; thank you Daddy! 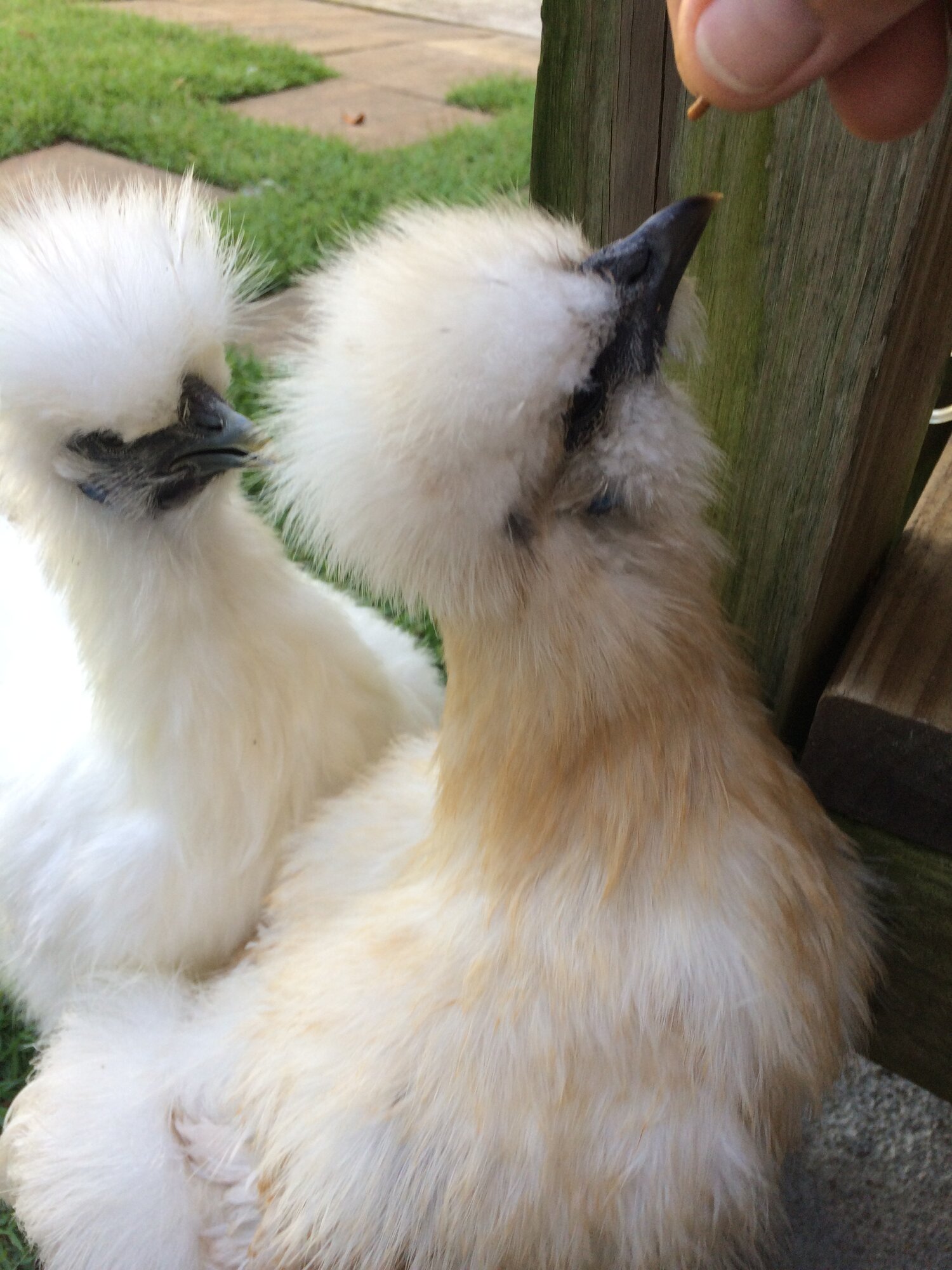 C
3 week old silkie bantam with wry neck. What to do if I'm not home