This article appeared in the Los Angeles Times on Saturday. I'm sharing because we could all use a feel-good story! I wonder if the grateful chicken owner is on this site. 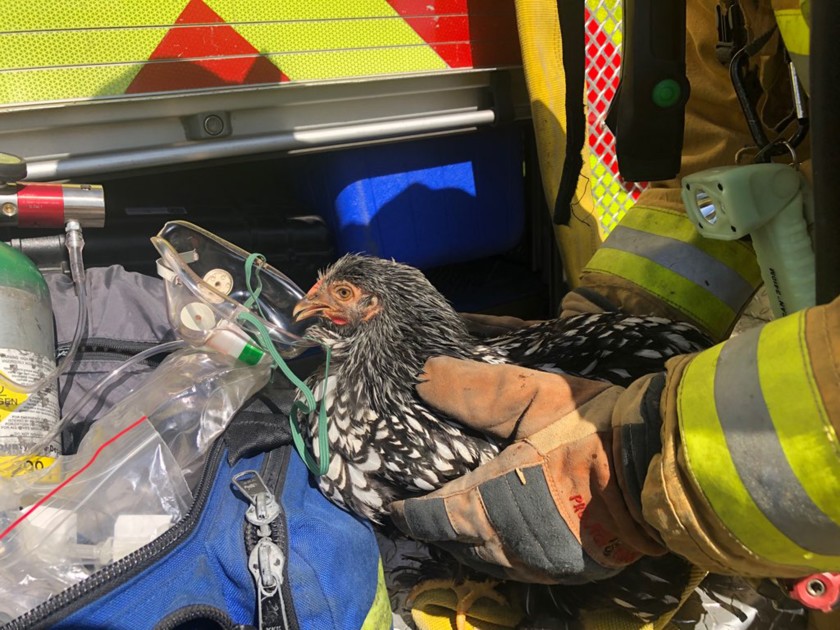 Some ingenuity, a set of children’s oxygen masks and a little empathy helped Ventura County firefighters make the best of a fowl situation as about 18 members rescued seven chickens from a garage fire in Camarillo on Thursday afternoon.

Capt. Brian McGrath, a county Fire Department spokesman, said firefighters arrived at a detached garage ablaze in Camarillo Heights at 3:45 p.m. Though it took only 15 minutes to douse the blaze, several nearby chickens demonstrated signs “of distress and disorientation.”

“The firefighters were on scene and knew it was smoke inhalation and it was possibly killing them,” McGrath said. “It was decided to get them as much oxygen as needed.”

The department is equipped with pet oxygen masks for dogs and cats, but those devices were useless because they were created for animals with snouts, not beaks, McGrath said.

Firefighters improvised and pulled out pediatric masks and placed them near the beaks of several chickens while gently massaging their bodies.

McGrath said the masks could not be directly strapped to the creatures because too much oxygen would also be injurious, so firefighters muffled a portion of the face covering with their hands to allow for a mixture with regular air.

“They were just trying to do what they could do to reinvigorate the chickens,” McGrath said of the firefighters. “It doesn’t happen very often where we have birds or reptiles that we’re trying to save, but if they are alive, we’ll try to keep them that way.

McGrath was unaware of the total number of chickens on the premises but was confident “a majority survived” and corrected an earlier report that only four birds were revived.

It is believed the fire started on a nearby patch of grass and brush that included debris and lawn decorations. An investigation is underway.
Only the detached garage burned and there was no damage to the nearby home. The homeowner did thank firefighters for their efforts in rescuing the chickens, McGrath said.

“As I’ve learned in this career, you never know what’s important to a homeowner,” McGrath said. “We’re always going to try hard, do the best we can and hope we can save what we can save.” 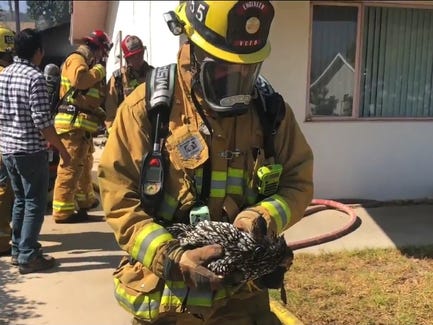 Wow, a big bravo for those firefighters!

Thank you for sharing the news story @Windrider

Kudos to the fire fighters! Chickens are as dear to one person as a dog or cat is to someone else!

What an awesome bunch - it's lovely to see such care and compassion. Thank you so much for sharing such a wonderful story.

Such a great story. Thank you firefighters for realizing chickens need saving too.

What a wonderful story! I love firefighters they are a really special bunch of people.

See my signature for BYC contests, you can win!!