Some new chicks just arrived yesterday via the mail, and 3 of the 4 are doing great! Eating, drinking, running about, very active little biddies.
One, however, seems to be struggling a lot more than I think she should. She came out of the box noticeably weak, so I gave her a drop of nutridrench, showed her where the water was, and tucked her under the light.
However, after a couple of hours, she was cheeping in distress--the only chick to do so-- and still vert weak. I also noticed she has a strange posture, like she is leaning forward and standing on tip toes. I brought her in, cozied her up in a box with a hot water bottle a d syringe fed her an egg yolk 'soup' made from mashed hard boiled egg yolk, nutridrench, and a bit of chick feed because I accidentally put too much water in. After a bit of that she perked up and started trying to peck, so I added another mashed egg yolk to the whole mess and fed her as much as she would eat.
I put her back with her sisters, but she is still wonky. She is able to peck--just-- but her coordination is off, and she is likely to topple over forward. She still stands extremely upright and on her tiptoes. She did not lie down scattered about under the light like the rest, but every time I checked she was standing directly beneath it on her tip toes.
She is the only one I haven't seen drink independently, although her crop was full this morning and I did see her eating.

Any ideas? Is this a nutritional problem, neurological problem, other?
She is a cream legbar, of course the most expensive chick I bought.... 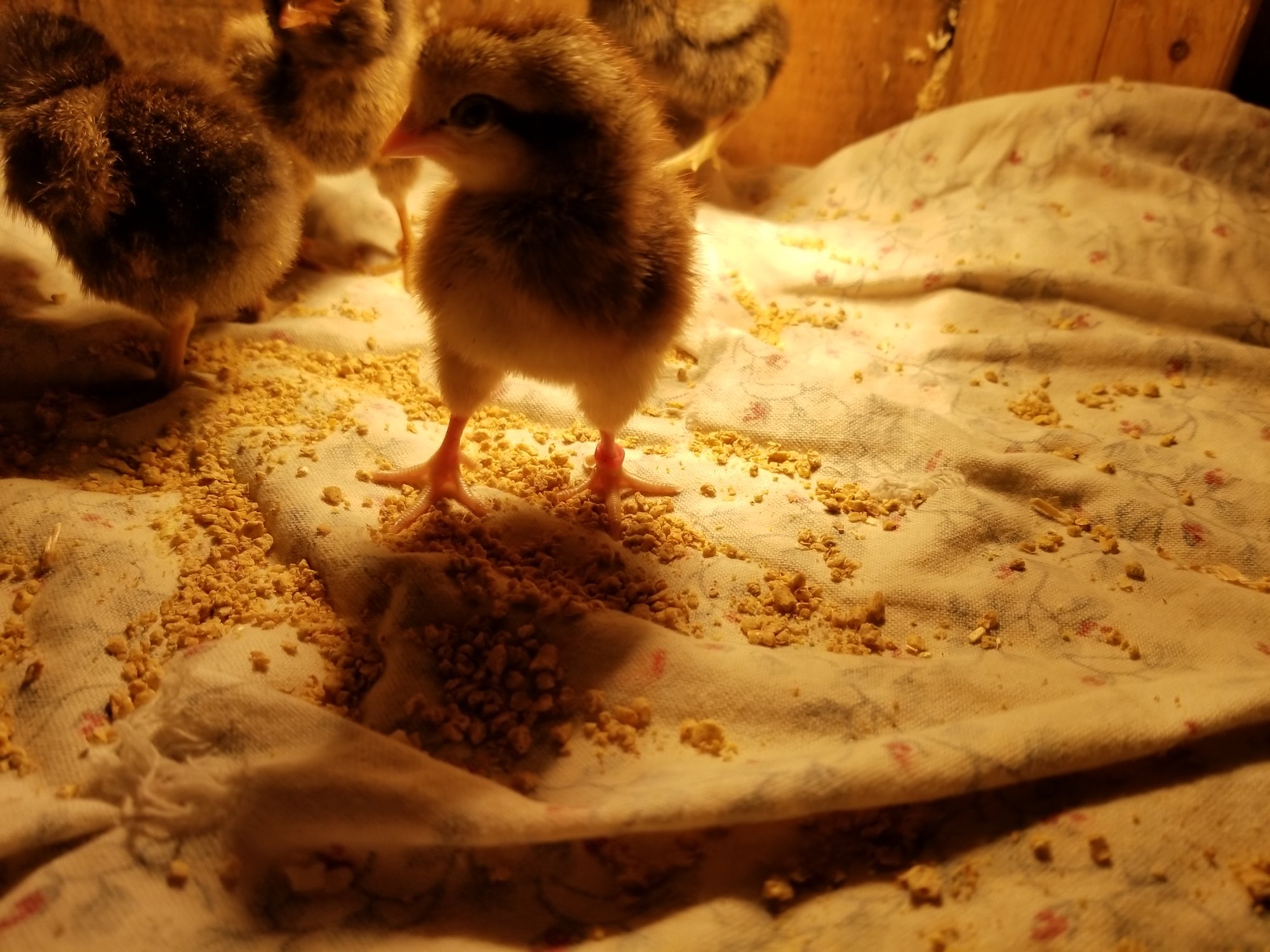 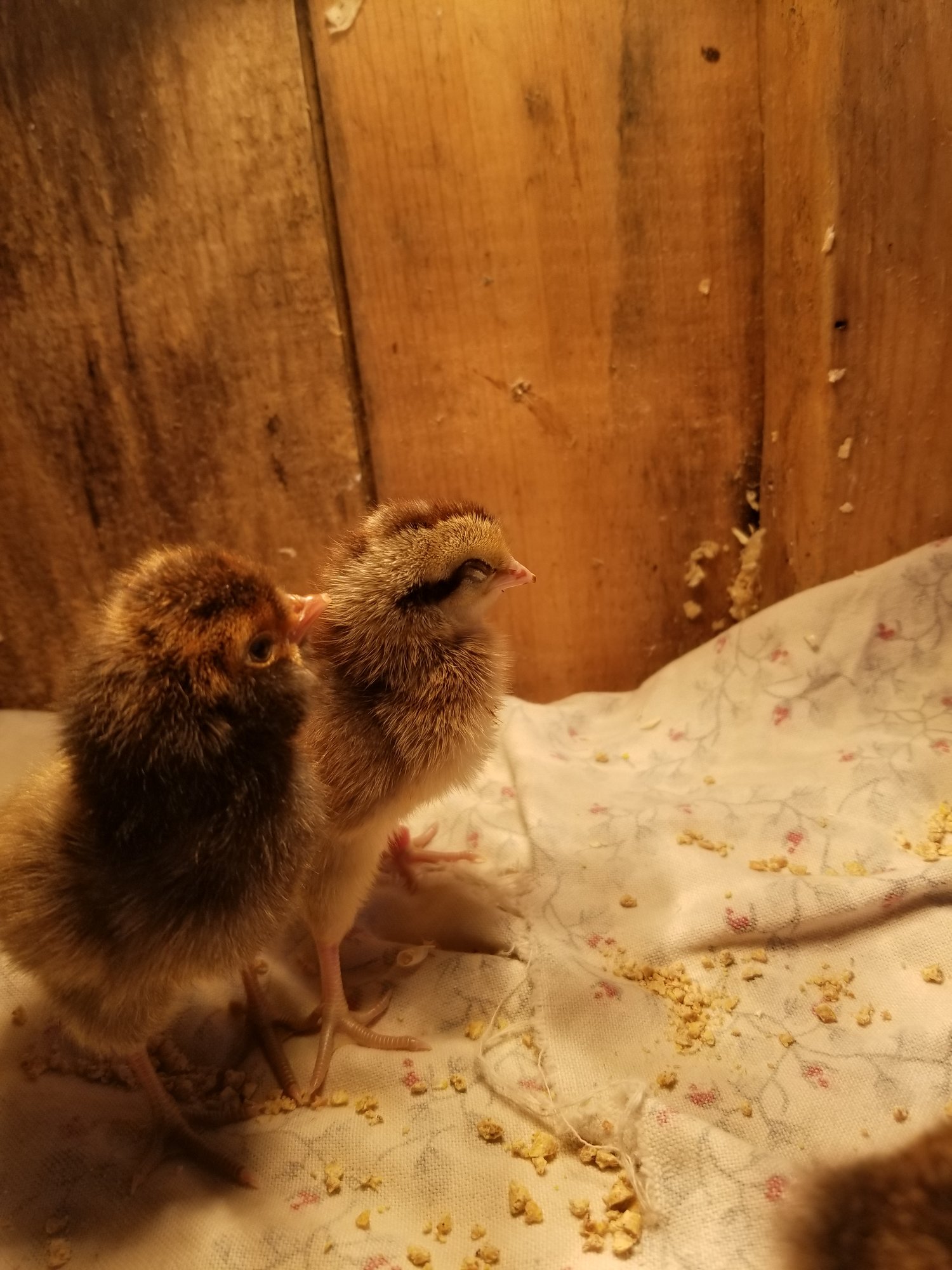 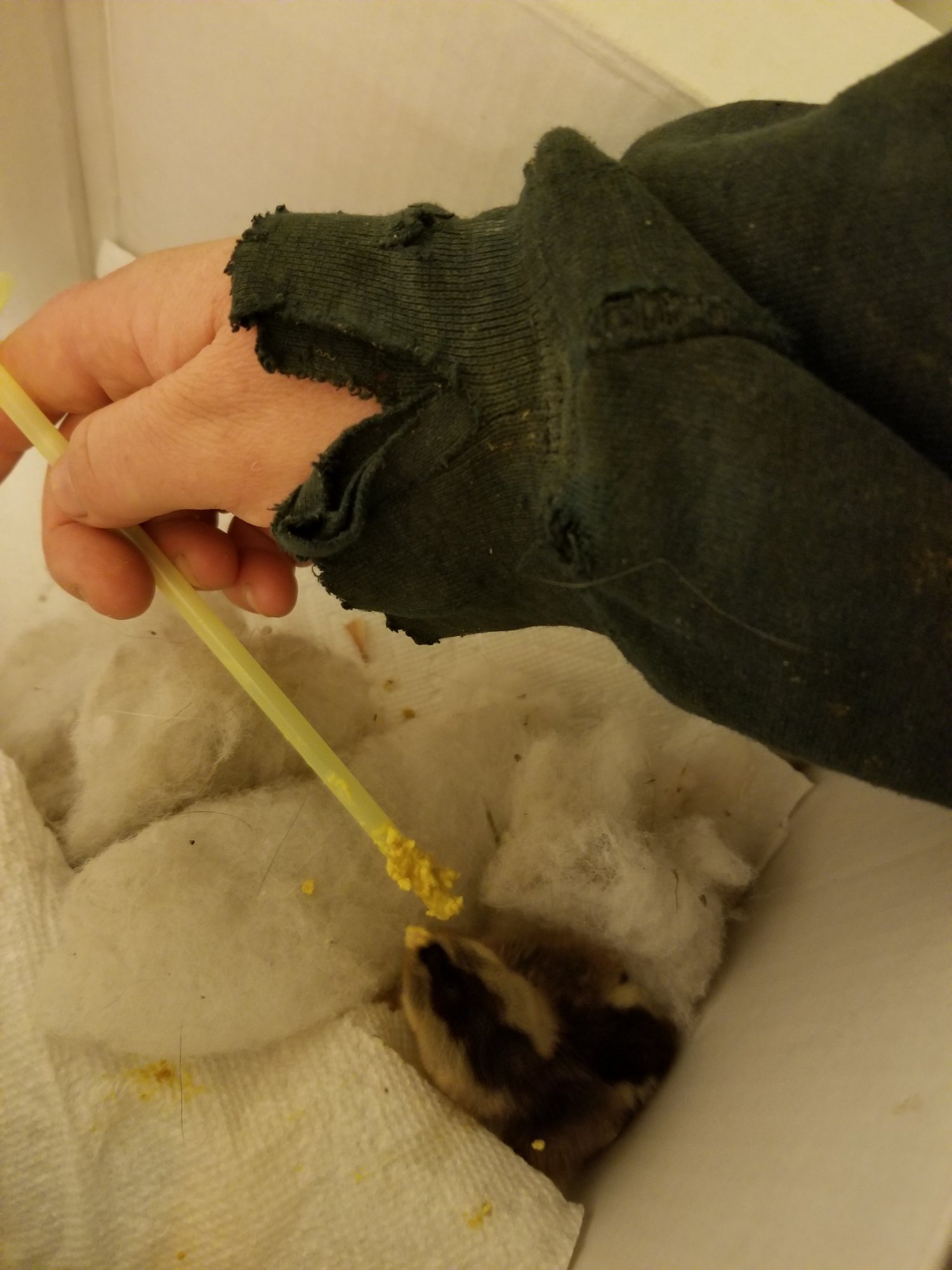 Have you checked her vent to make sure it's not caked with poo?

jonezjollyfarm said:
Have you checked her vent to make sure it's not caked with poo?
Click to expand...

Hmm I've only has shipped chicks once and I had a very similar situation. Except mine were just dropping like flies and of course I lost a maran which as like $10 or $12. Did they vaccinate them before they shipped?

jonezjollyfarm said:
Hmm I've only has shipped chicks once and I had a very similar situation. Except mine were just dropping like flies and of course I lost a maran which as like $10 or $12. Did they vaccinate them before they shipped?
Click to expand...

For mareks only.
She is super tiny compared to the polish chicks, poor little thing. I have named her Yazmin, after the most recent Doctor Who companion.
I do not expect her to survive, and I hate for baby animals to die without a name. . .

We lost an $18 chick to shipping stress once.

A sexed bantam porcelain d’Uccle. She would have been so pretty

Strange because she seemed to most feisty while in the box (Probably the most stressed) but once she was in the brooder she started acting lethargic.
Good luck with yours
Last edited: Oct 17, 2018

Is she pooping though? Does the poop look normal?

jonezjollyfarm said:
Is she pooping though? Does the poop look normal?
Click to expand...

Yes to pooping, I would say about normal. Maybe a touch on the yellow and runny side, but nothing extreme.
She seems to be getting a little stronger, but still struggling to peck with any accuracy. Going to hand feed her again.

Perhaps adding a touch of honey to what you are feeding to her? Might give her a boost of energy she needs to get past whatever is troubling her. I hope she gets better for you. I'll be thinking about her today. Let us know how shes doing.

Join in the Halloween HAL fun!!!!!

i had a bad chick in my bunch.....my recommendation would be to keep giving vitamins/electrolytes and as much tlc as possible without separating from the group. mine little handicapped guy has now made it to 7 weeks but i still worry about him because he’s still half the size of my others. he gets plenty of food and water and gets out of the coop by himself but i still have to put him in every night before or after the other chicks go in. i’m seriously considering putting him back in the brooder if my eggs hatch halloween because he doesn’t seem to be handling the falling temps very well. it’s very difficult having a sick/weak baby!