I am SO upset and SOOO mad!

Domino, the beautiful blue roan draft we used to pull our wedding carriage died today (sometime during the night)
A couple weeks ago, she was having trouble breathing, her head was hanging and her neck/throat was swollen. Having gone through an epidemic of Strangles last year, we thought that's what she had and started her on penicillin. A couple days later, she was looking better and we put her in a pasture across the road, where she wouldn't be bothered by the other horses. Well, after a few days, the swelling had gone down and I could see she had a huge, hard lump on the right side of her neck. I told the owner I thought she had a broken neck. ( I figure one of the other horses kicked her in the neck)He told me to take a rubber mallet and knock it back in place! (he has done some human chiroprachtic courses) I told him if HE wanted to do that, he could, but I would have no part in it. I told him she needed a vet. He is one of those old fashioned people (of which this part of the country is mostly made up of) that think all vets are quacks and rip offs and never do any good. Mainly becasue the few trime she HAS called a vet for something non routine, the animal had died. Most likely becasue he waited too long and/or tried "home remedies"
So anyway, over the past few days I have been massaging her neck and trying to reduce the fracture/dislocation and she was actually to the point where she could lift her head level with her back when she saw me coming yesterday. (she kept up her appetite and was moving around the pasture just fine, except she couldn't raise her head) Before that, I had to tempt her with feed. But I think the stress. pain and not being able to lay down took it's toll and when I went to feed her this morning, she had lain down and died during the night. There were no marks where she had paddled or struggled, so I think either her heart gave out or a vessel in her brain burst from the pressure of having her head down so much of the time. 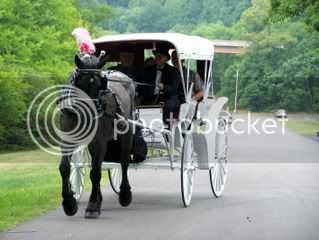 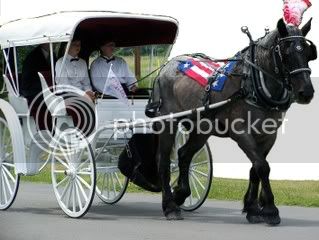 so sorry to her about domino. She looked good.

Oh, dear. That must have been difficult for you. I'm sorry.

I'm sure sorry. You certainly tried to help her. She was so beautiful.

Oh, how sad! So sorry about this!

How awful, take a mallet and whack him one! A vet in time could probably have done something for the horse or put her out her misery if she was in pain at all.
One of my dad's friend's daughters lost a horse in a storm over the weekend, the barn collapsed on her. She had the vet out in a heart beat!

I'm so sorry for your loss.

She was beautiful. It's never easy when we lose a member of our animal family.