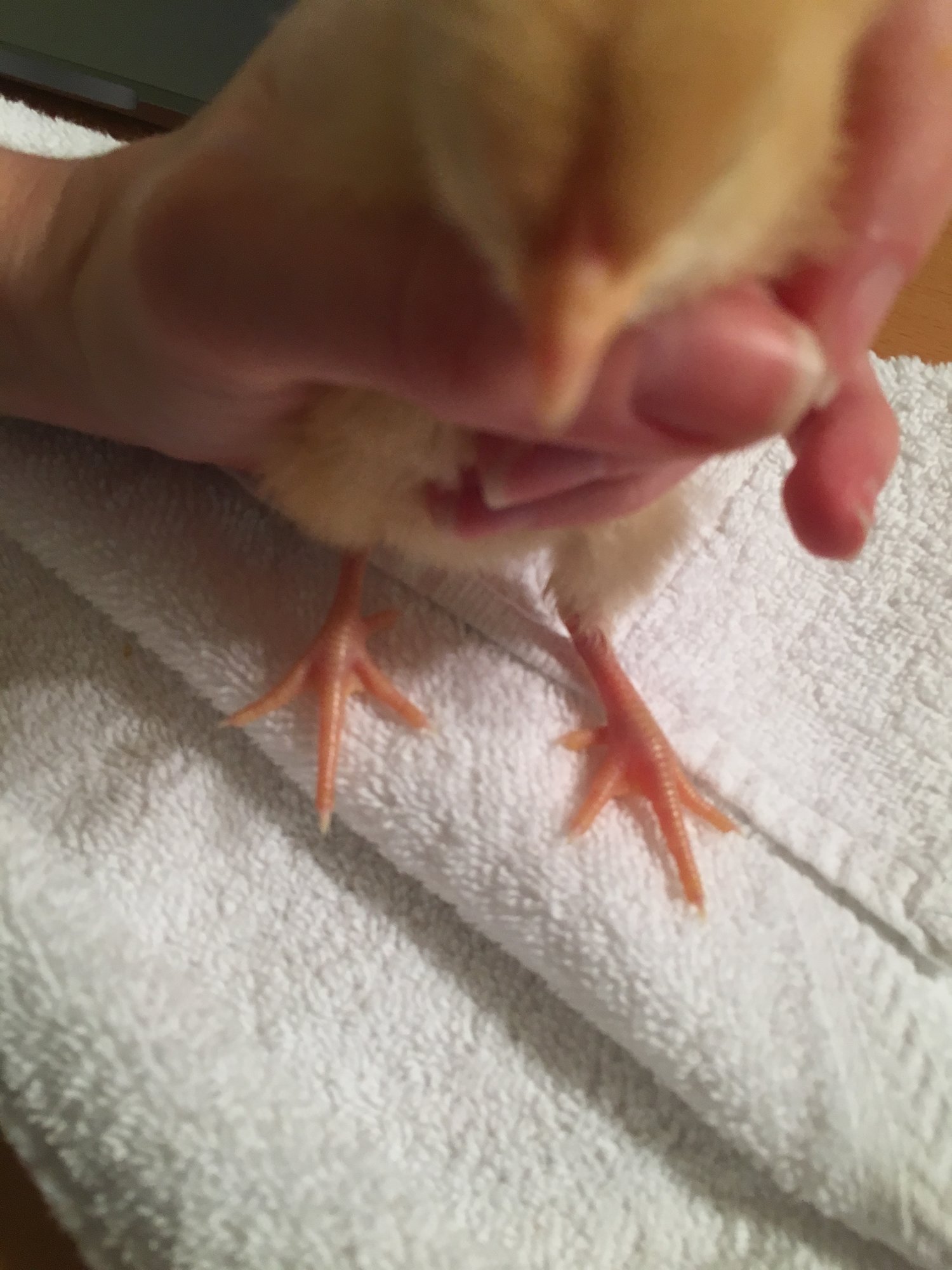 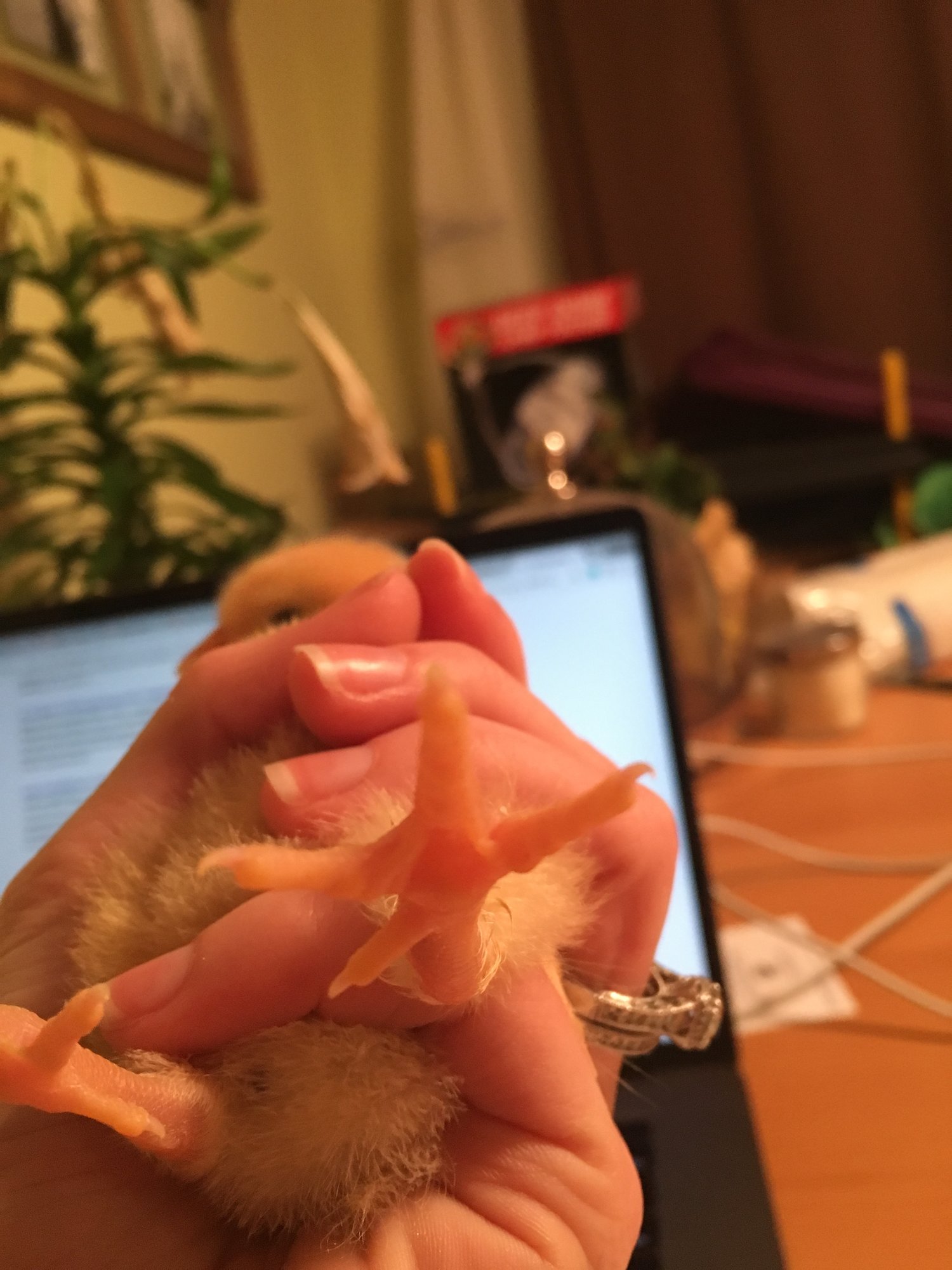 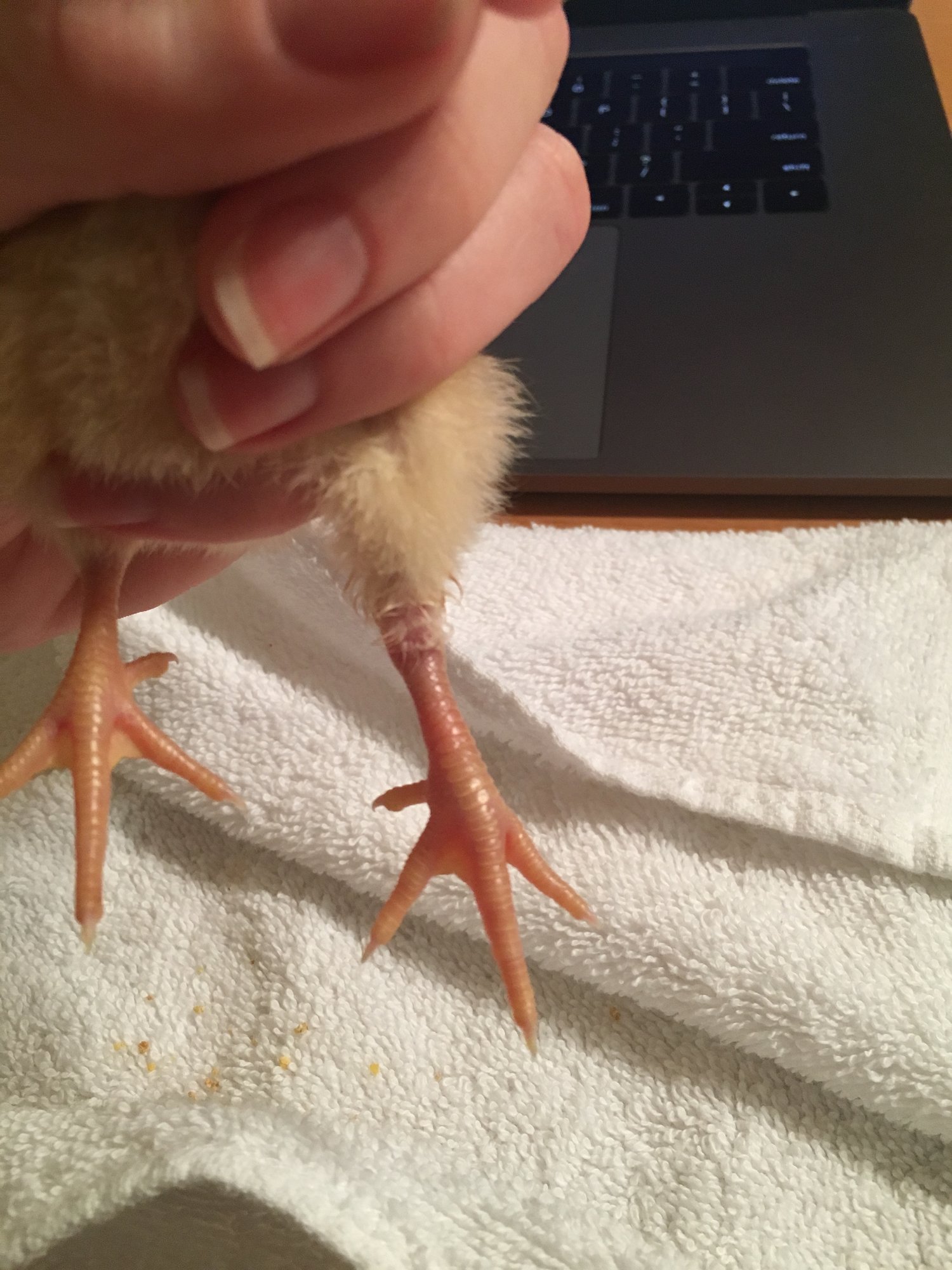 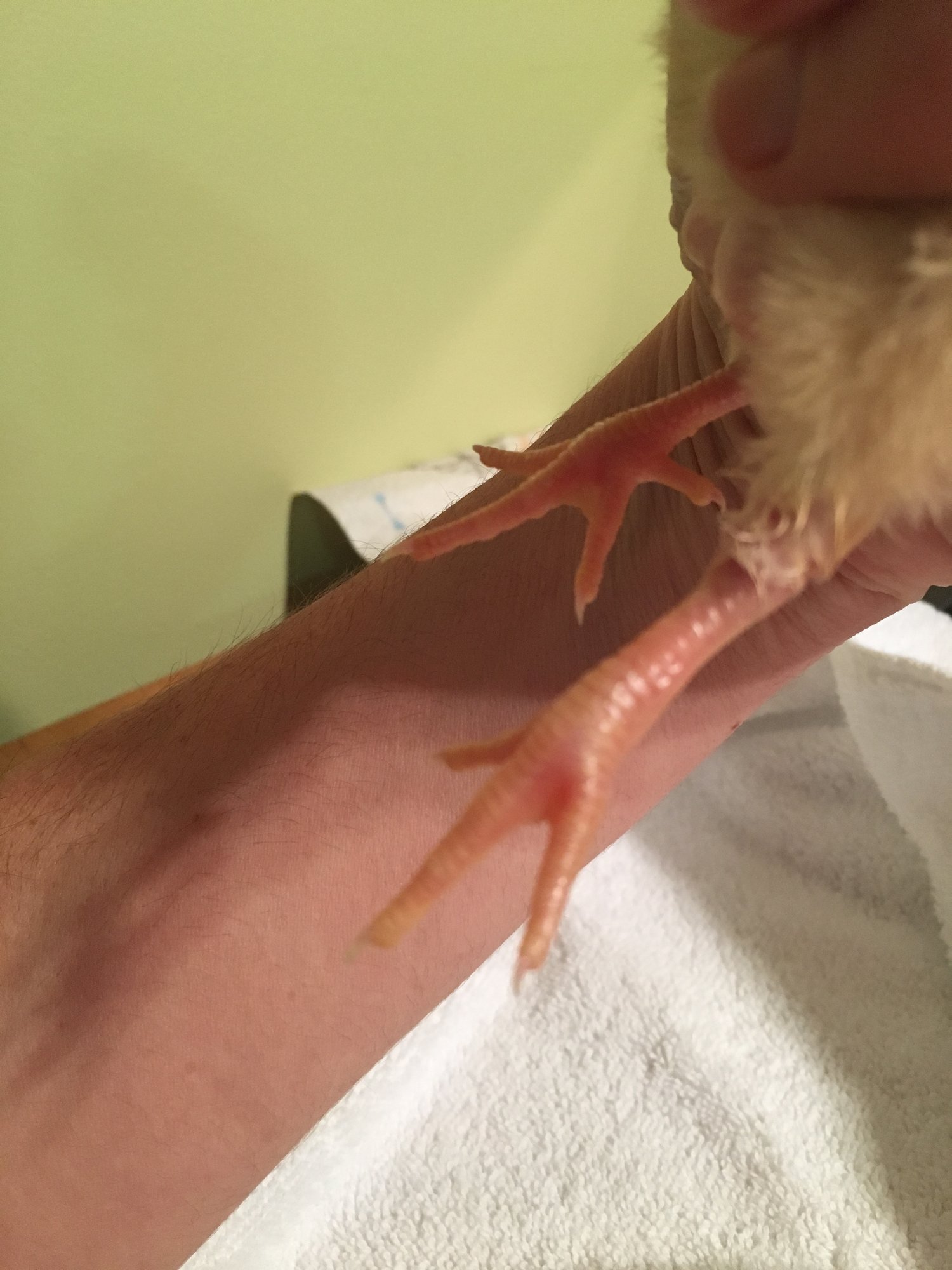 New chick mom here, hoping for some suggestions and guidance! As a preface, I did my best to research these topics before posting, in an effort not to waste anyone's time or duplicate something already addressed, but I apologize if I fail at that!

Here's my problem: I have a week old buff orpington chick that started favoring one of her feet yesterday and am not sure how to treat her (if at all). I'm concerned because since the injury, she still eats and drinks but very little (I think because it's painful to get up and move around). If it's something that just needs to run its course, I want to take precautions with her food/water/supplements so that she doesn't start to crash on me.

Symptoms I've noticed: both her foot and leg are swollen. The swollen foot is slightly warmer than her other, but it's barely noticeable. She can walk on it, and will if there's something exciting she wants to check out, but spends most of her time laying on her side and sleeping. I do think that it feels better at times, then she uses it too much and so she won't get up again for a while. She will let me stretch it out straight without much fuss, and the tendons look the same on both legs (to my untrained eye at least). I soaked it in warm water with epsom salt, hoping it would reduce the swelling. It didn't, but it gave me an opportunity to look for any small scabs or scratches/wounds that may have caused an infection - I wasn't able to find anything. She has been running around healthy and happy up to this point. I don't know if she sprained or pulled something when playing with the other chicks, but that's the guess i'm leaning towards (if it's even possible for a chick to get a sprain?!).

What steps I've taken so far: I've separated her from the others, given her Nutri-drench a couple of times a day (in case it is a vitamin deficiency), added electrolytes to her water (which I end up hand feeding her), and gave her some scrambled egg since I noticed she isn't eating as much of the chick starter as she had been but likes the egg so she eats more of it. I also did the epsom soak.

What more should I do? Do I try a chick chair? Could it be dislocated? (and if so, is there a better way to tell and how would I fix that?) Is a painkiller/anti-inflammatory something to try? I read a few threads on that but am still wary of giving such a young chick something that could be toxic and how to best dose it.

I've attached photos for reference. They're not great (the hubs is at work and chicky was not interested in the "hold still in this awkward position so I can snap a pic of your leg!" game, so please let me know if there is a different or better angle and I'll post one right away.

Thank you so much for any help! My girls were shipped in and I lost 4 the day they came in, so to have this little sweetie struggle after I'd thought we were through the heart-wrenching stage is killing me. I don't want to lose her too.

It just looks like bruising and swelling due to an injury. I probably would just watch it. Unfortunately with her growing so fast right now, splinting might be risky unless you changed it daily. If you do it, only use something non-stick, then reinforce it with vet wrap strips or similar. Take it off daily, and don’t get it too tight.

Just make sure that she gets plenty to eat and drink. A chick chair would only be helpful if she couldn’t stand. They tend to try to get out of them if they are too active, and sometimes end up hanging themselves, LOL.
M

Thank you so much for getting back to me, and for letting me know about the chair

In that case, I think she is still too active for that.

Do you have any suggestions on supplements or vitamins I should give (or food that serves the same purpose) instead of or in addition to the Nutri-Drench? I have the Sav-a-chic electrolytes and probiotics, but have only been using them sparingly (I read the electrolytes should only be a temp. solution). Also, in terms of keeping her hydrated, anything I can mix together to get more water into her? Like I said, I'm hand-feeding her the water now, but am worried it isn't enough.