My ducks are almost 7 weeks old now, and supposed to be all female. I'm wondering if one of the Welsh Harlequins is actually a drake, because she doesn't quack like the others. She sounds more like her voice hasn't changed since she was a duckling, more like peeping. Her head and back are also a lot darker than my other Welsh Harlequin. Does she look like a drake? 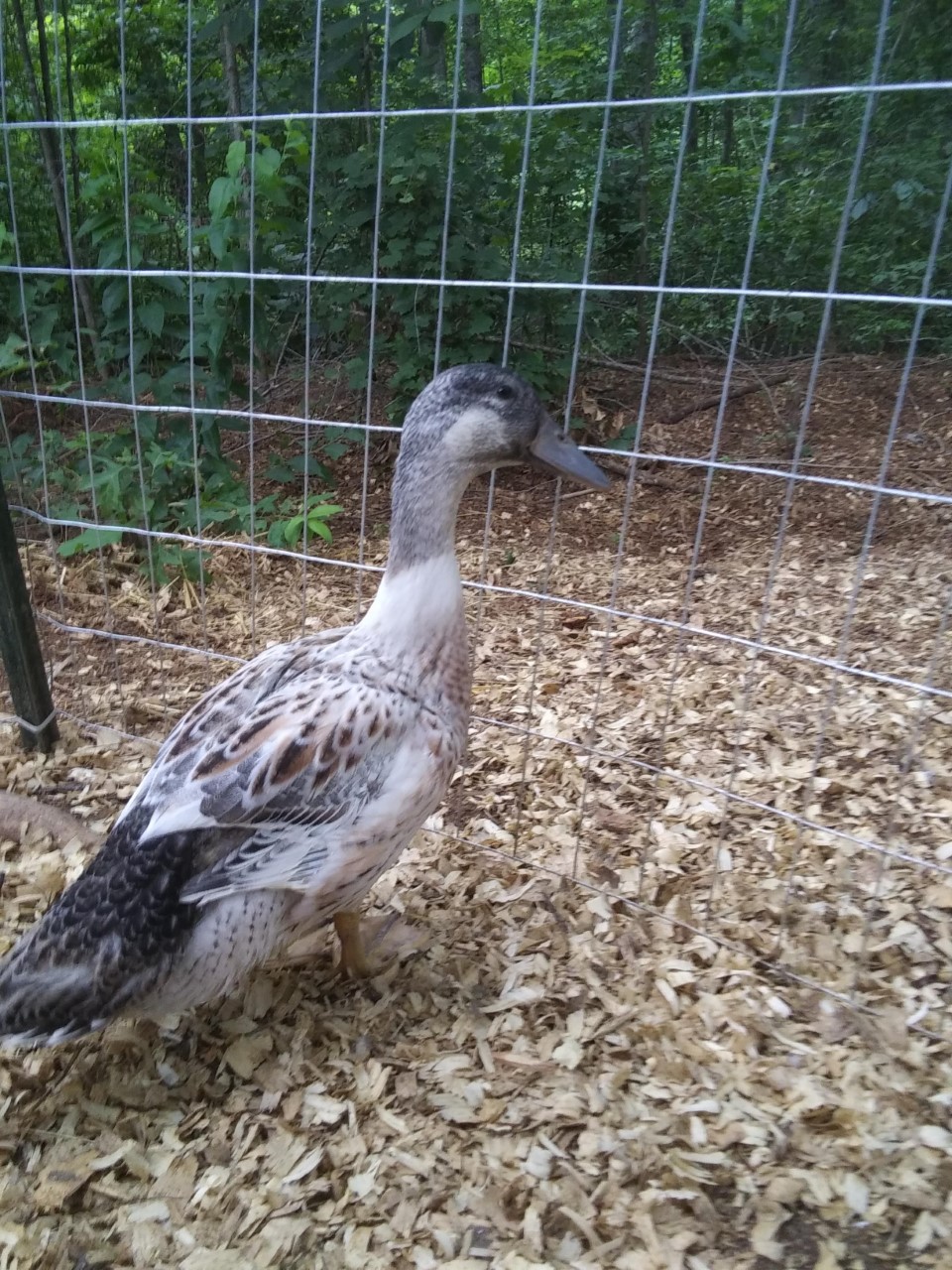 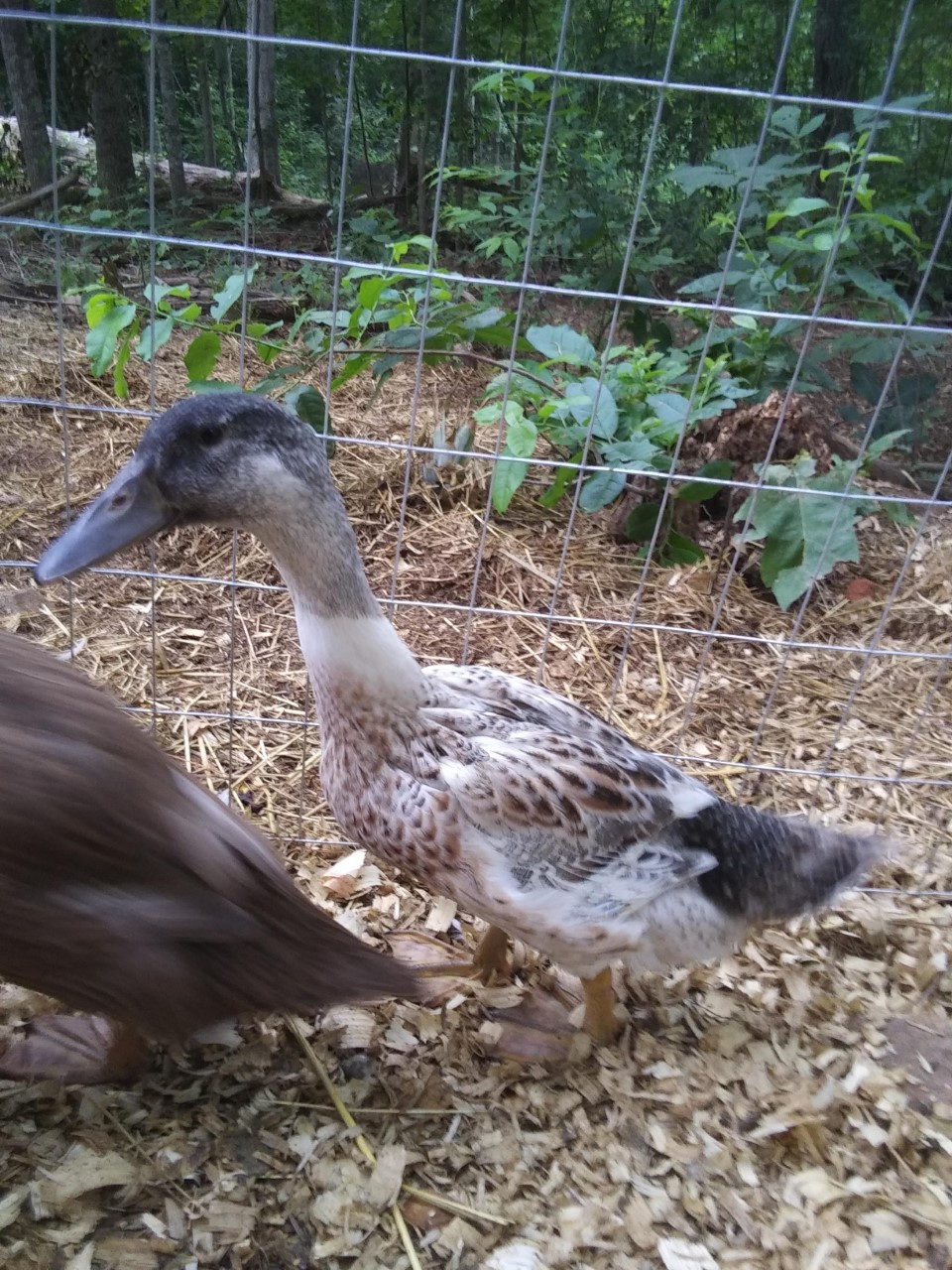 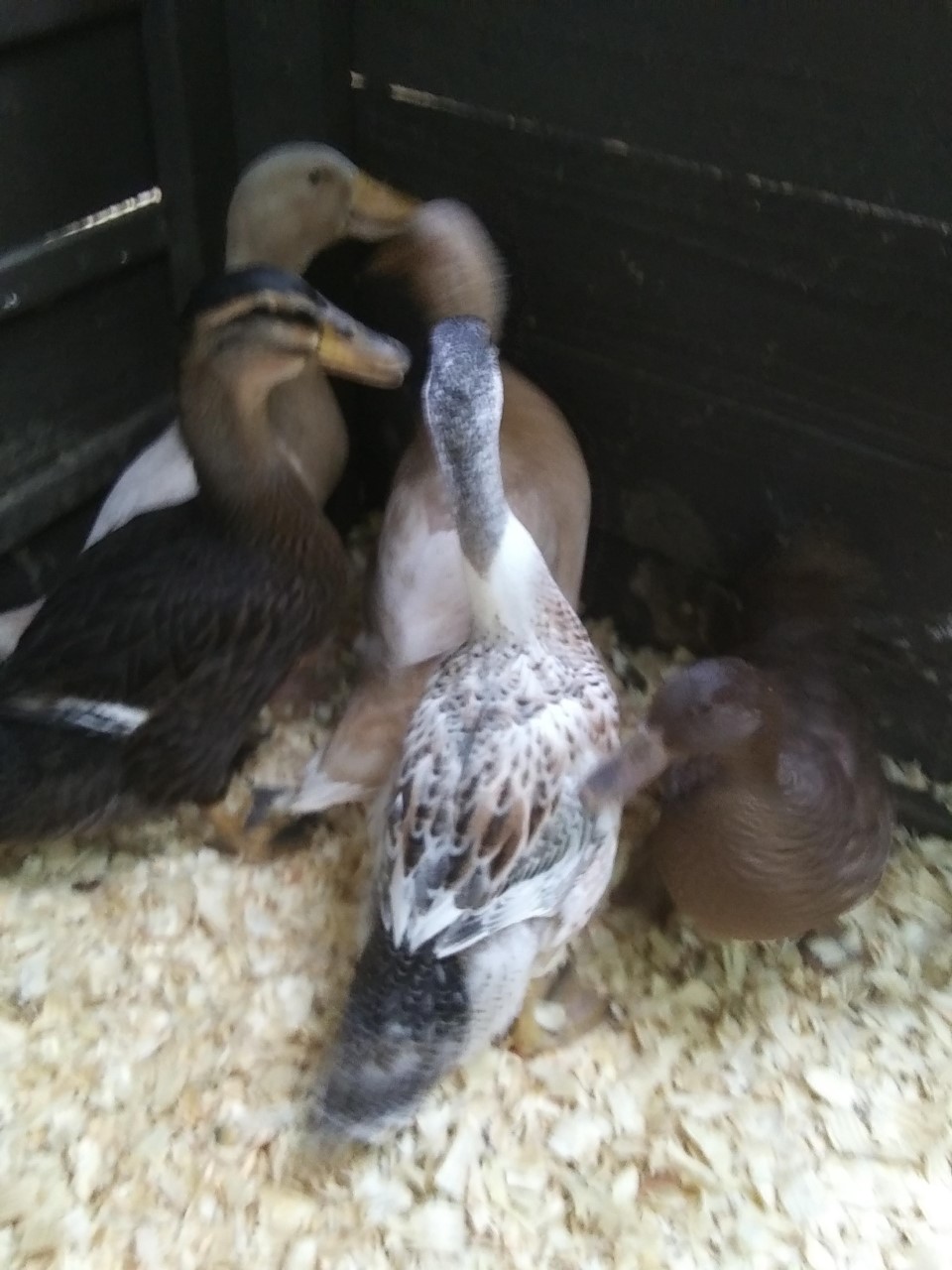 I just looked up pics and I'd say yes you have a drake. Gorgeous one too.

Miss Lydia said:
I just looked up pics and I'd say yes you have a drake. Gorgeous one too.
Click to expand...

Thanks! His name is Jane so I guess he'll be getting a new one...

Something rather scary happened to him today also. They have a cattle trough that they swim in with rocks for climbing in and out, and so far they've done well with it. But I found him today sitting very still in the water, shivering a lot, and looking miserable. When I took him out he was completely waterlogged, cold, and so heavy he couldn't even walk. I dried him off and held him for a while to warm him up but it took a long time for him to stop shivering and start acting like his old self. I had just checked on them maybe 45 minutes ago and he wasn't in the water then, so I was really surprised that he got so drenched and cold in that time. It's 80-90 degrees outside too. They all have almost all their feathers and dry off quickly after swimming, but it was almost as if he still had his oil-free duckling down instead of feathers. I'm worried about it happening again if there's some reason he isn't waterproof.

Maybe he isn't preening like he should be doing. I'd keep a close eye on him so this doesn't happen again. Did you figure out why he didn't get out on his own?

Miss Lydia said:
Maybe he isn't preening like he should be doing. I'd keep a close eye on him so this doesn't happen again. Did you figure out why he didn't get out on his own?
Click to expand...

I think it was because he was too heavy with water to get onto the rock. I was reading about wet feather and gave him some nutri-drench in case he needs the vitamins. I'm keeping an eye on him too. I'll try and make sure he gets wet under supervision and is preening.

Bless his heart did he recover okay and acting good today?

Oh yes, he is fine now! Thanks for asking.

C
Advice on taming my 5 and a half week ducklings???
2

Can a Silver Welsh Harlequin have a dusky gene?