What breed is Booger?

Ok, for the longest time now I though Booger was an OEGB, and I was pretty happy because I had managed purely by accident to also buy an OEGB rooster out of the assorted bantam bin at the feed store so I thought, "Yay! I've got a pair!"

Well, then I red that OEGBs have red earlobes. Tyson, my roo, is definitely OEGB, but Booger's earlobe isn't red. In fact, it looks kinda blue. I thought she might be a Dutch bantam, since they have white lobes, and I guess her earlobe could be white with a blue tinge...

Anyway, what do you guys think?

In these pics she is about 18 wks old. She has not started laying yet, so I don't know what color her eggs are. She is also really tiny, like small enough to hold in one hand.

As a dutch matures the lobes will lose most/all of the blue coloring.

This is Jazzy 2 years ago. This is what Dutch do best. 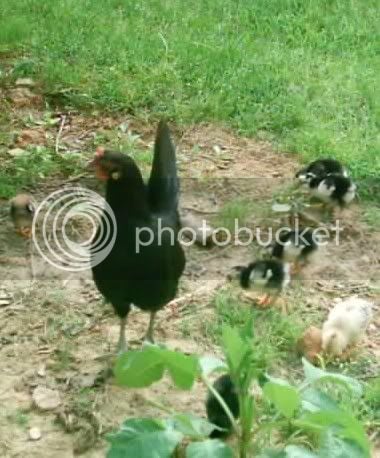 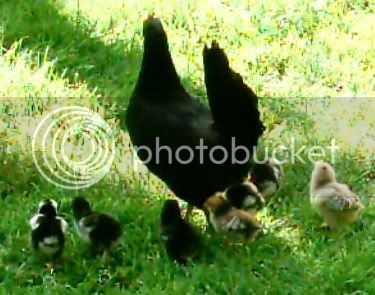 From the pics you can tell she is hatchery quality, but I didn't care. She was a great momma and wonderful pet. I lost her 6 months after this to salt poisoning.

She kindof looks like alittle like my black one maybe she is a Rosecomb X OEGB. What ive found and what pepole have told me that is what mine are. Here is a pic of my black one not a good pic but i could not get to close to her.

No, not a rosecomb, because she has a single comb (hard to see in the pics). Plus I don't think she is a mix because she came from a hatchery in a batch of assorted bantams.

I am leaning towards Dutch, the only question was that her lobe looked blue. If it really does fade as they get older, then I guess that's what she is, then. So, if I breed her to my OEGB, I will have mixes, I guess.

Not that it matters much as I wasn't planning to sell them. They are just two of my favorite chickens and I wanted more of them running around!

They look like a nice couple and I am sure they will have some nice 'kids'. I dont think you could get much closer to two similar breeds than the OEGB and the dutch. And as long as you are not showing them then that would be fine.

I use to have a cat named booger.

Booger got her name as a chick. She was the smallest one in the brooder (by far!) and I was going to give her a grand name like Mystery. Then one day I brought home some new chicks that were a little younger than her, and they still had their egg teeth. Booger kept running up to them and biting the tips of their beaks, trying to eat whatever it was that was stuck on their. I kept reaching into the brooder to rescue the younger, but much larger, chicks from her attacks but she just kept doing it until I snapped out in a moment of frustration, "That's it! Come here you little booger, you're going in box by yourself until you can learn to behave!"

I had to separate her with a couple of friends until the other chicks' tooth thingy fell off or whatever it does, and the name stuck like glue!

She's really a sweetheart, though, very chatty and friendly. She likes to fly up to perch on us and beg for food.

Quote:
Btw, Jazzy is so pretty! And her chicks are adorable. I can't wait to see Booger leading around a group of her own fuzzy butts!

I have one that looks almost exactly like that. Her name is Nugget. I have both Duutch and OEGB, and to me it seems about the only difference is the earlobes. I think the OEGB's have a bit more of a 'game' body, but other than that there doesn't seem to be much of a difference.
Oh and btw, white earlobes= white eggs
red earlobes= brown eggs just a little FYI

I'm certain she is a black Dutch. She is a black version of my porcelain girls. And looks like she is getting close to laying. My porcelains faces got redder and their combs/wattles grew a little right before they started to lay. She will soon start holding her tail a little higher too.
Sunshine @ 4 mo.s old 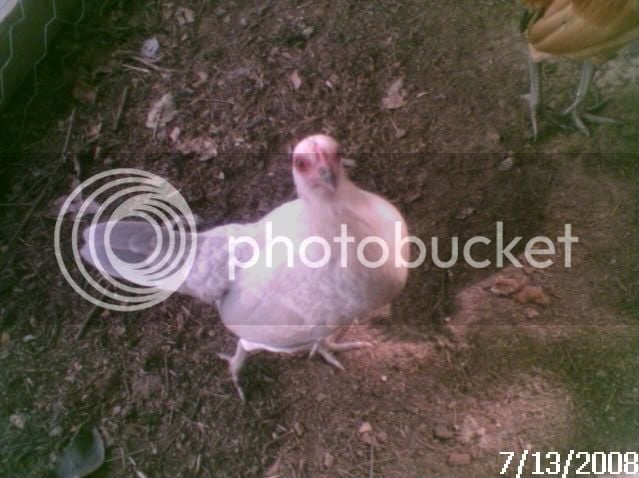 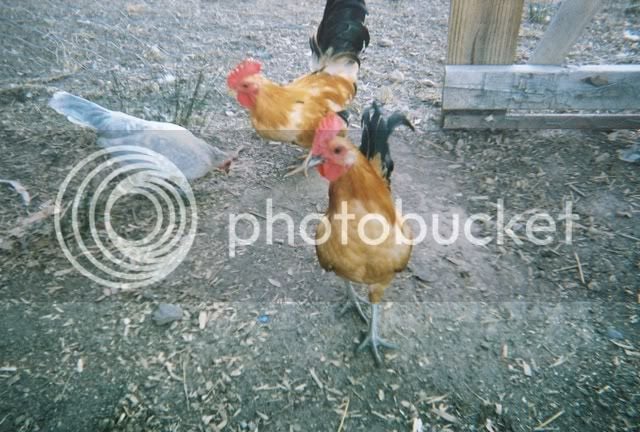 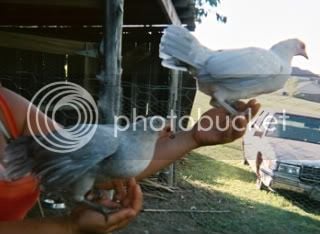 Is this an OEGB? What Color?

What are these bantam chicks? (Part 2)

V
What colour eggs will she have?
2

P
What breed is this green egg laying hen??
2