What breed(s) are these hens?

What are the breeds of the following hens? Thanks! 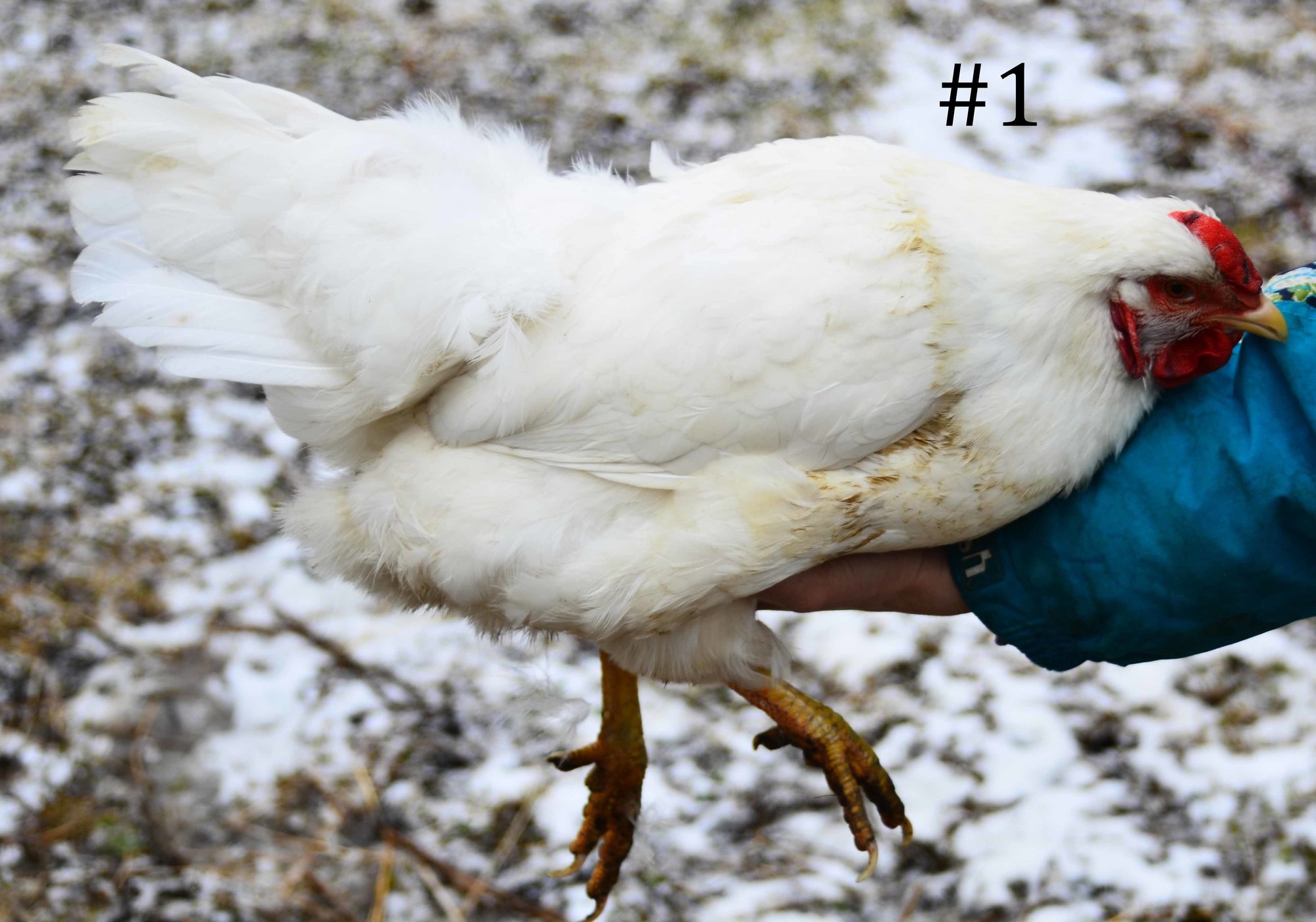 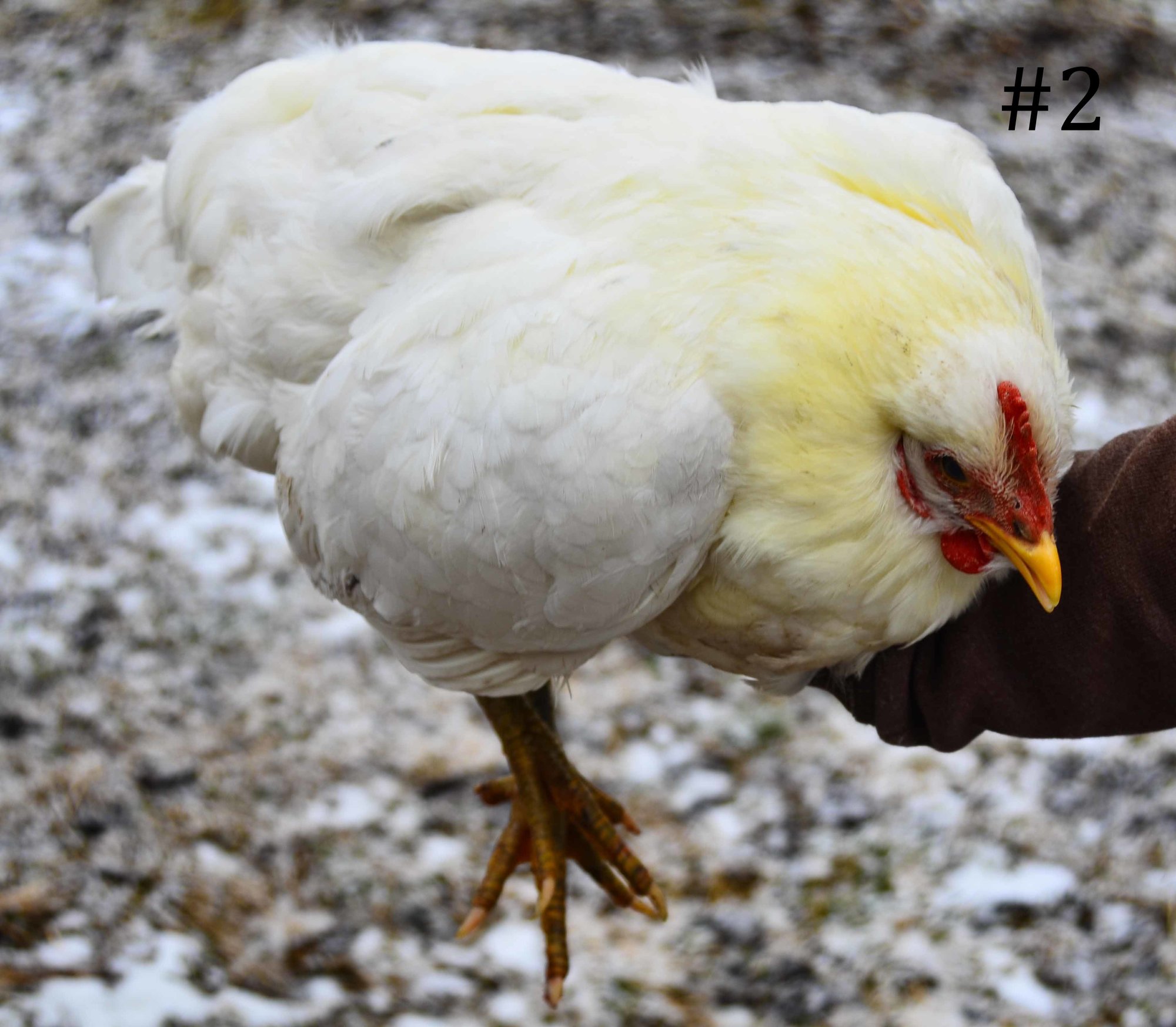 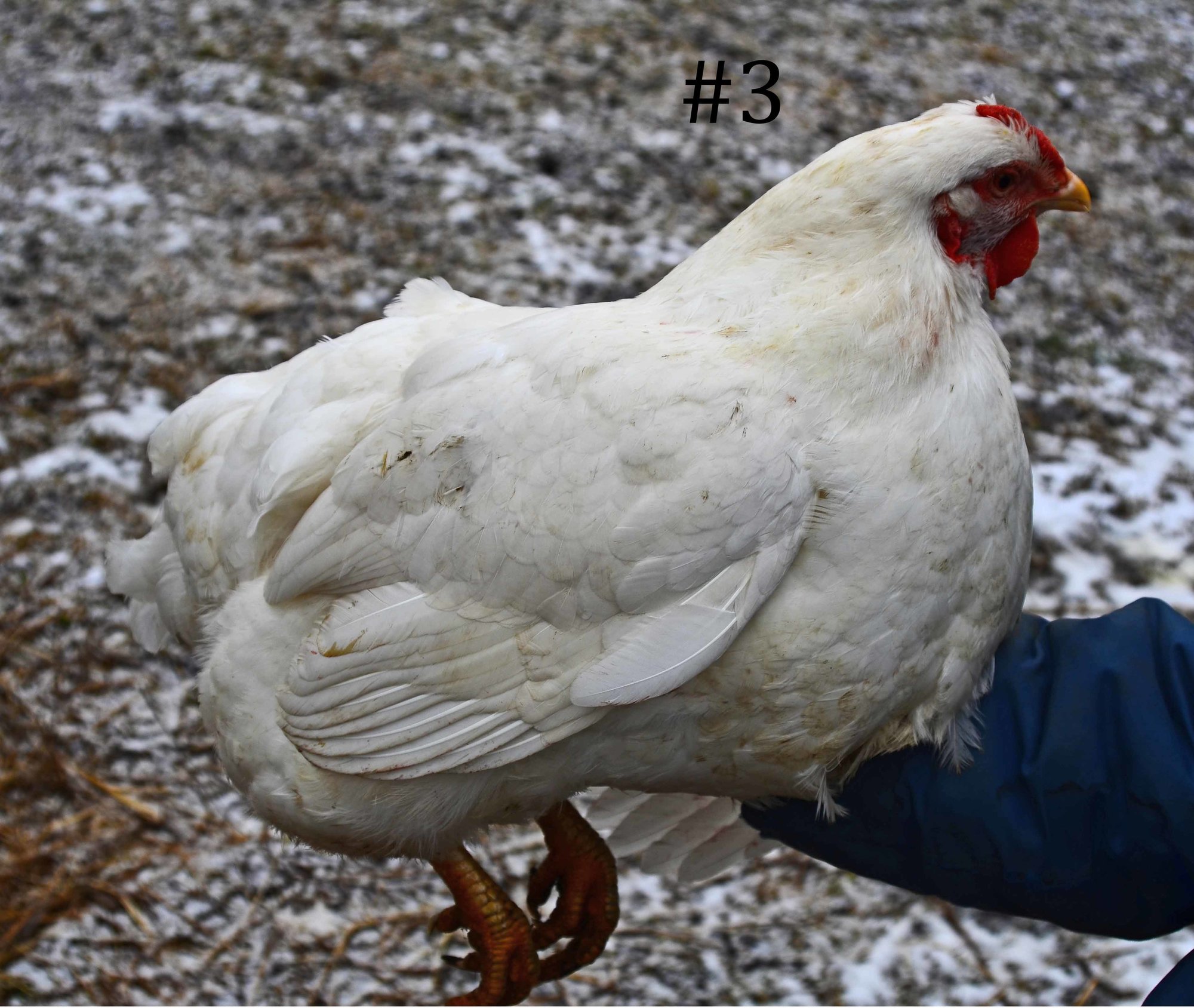 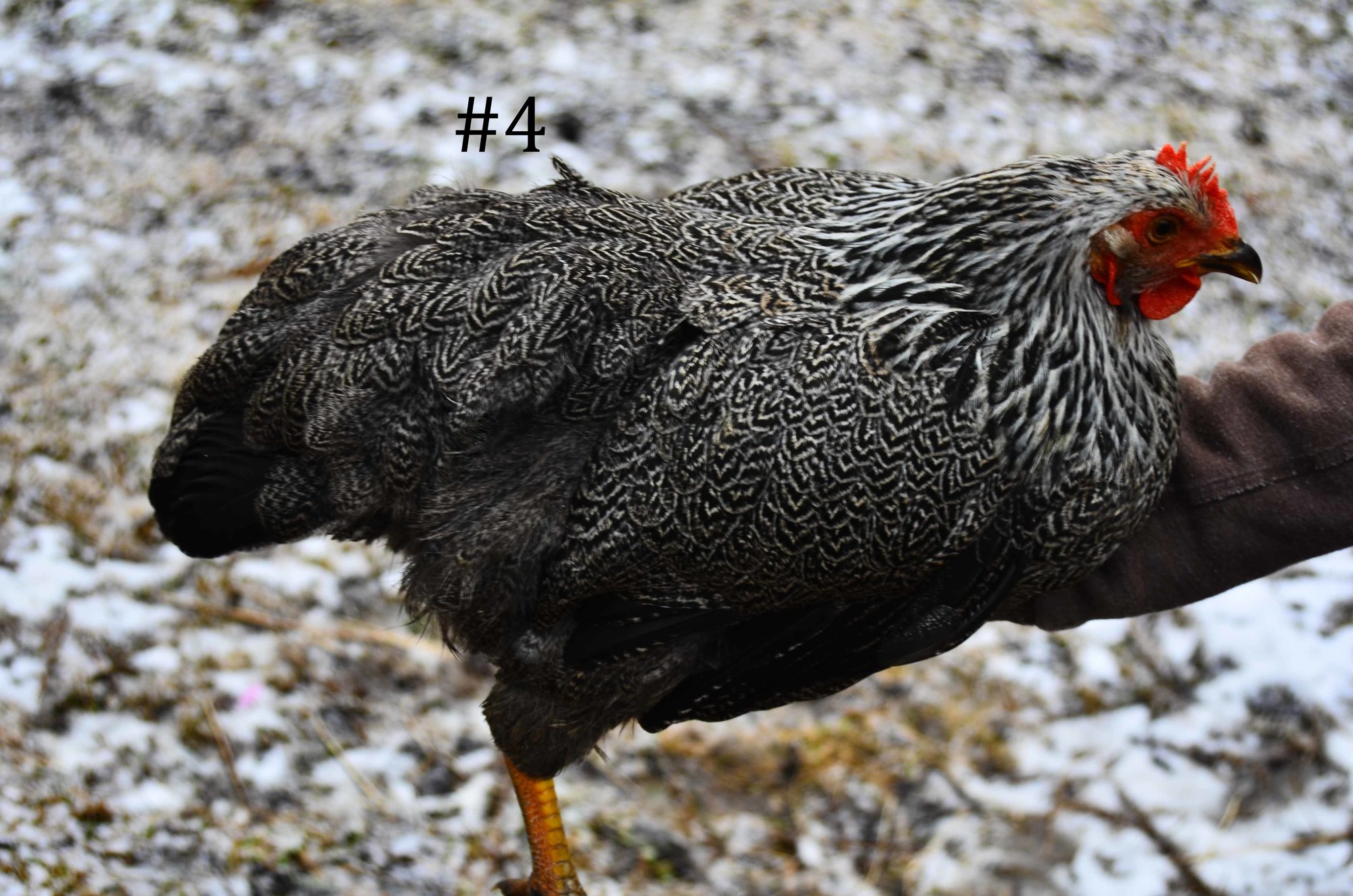 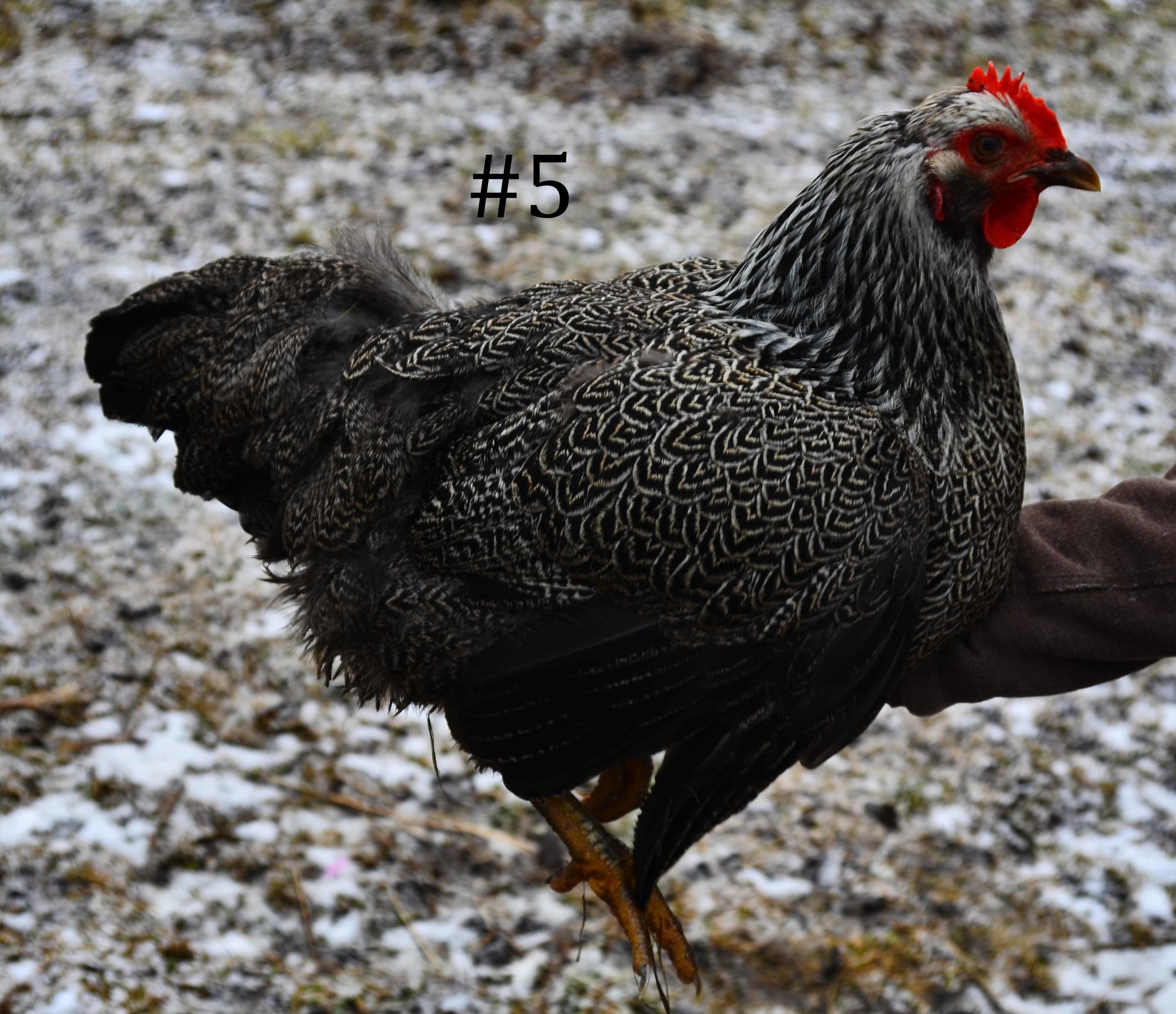 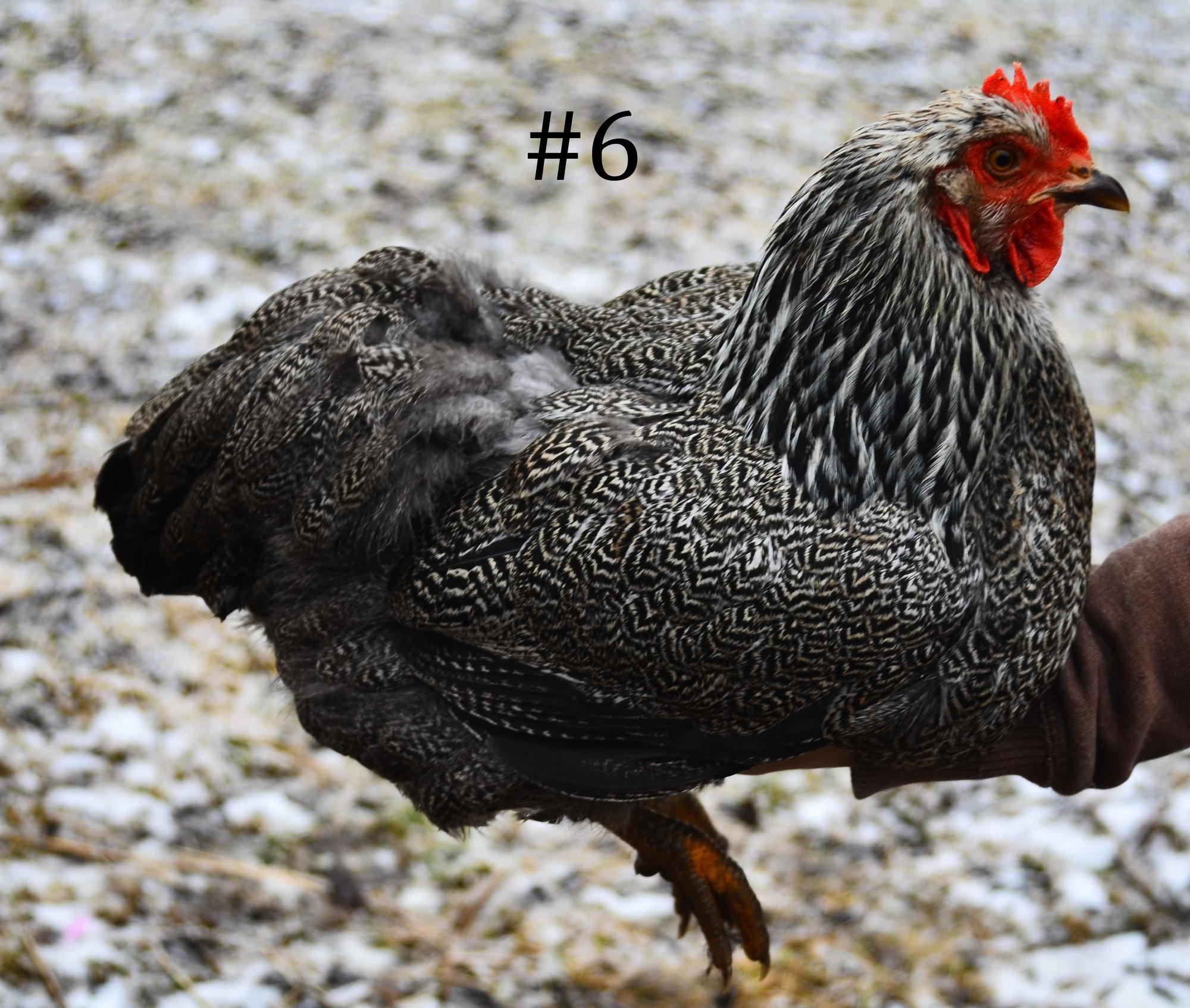 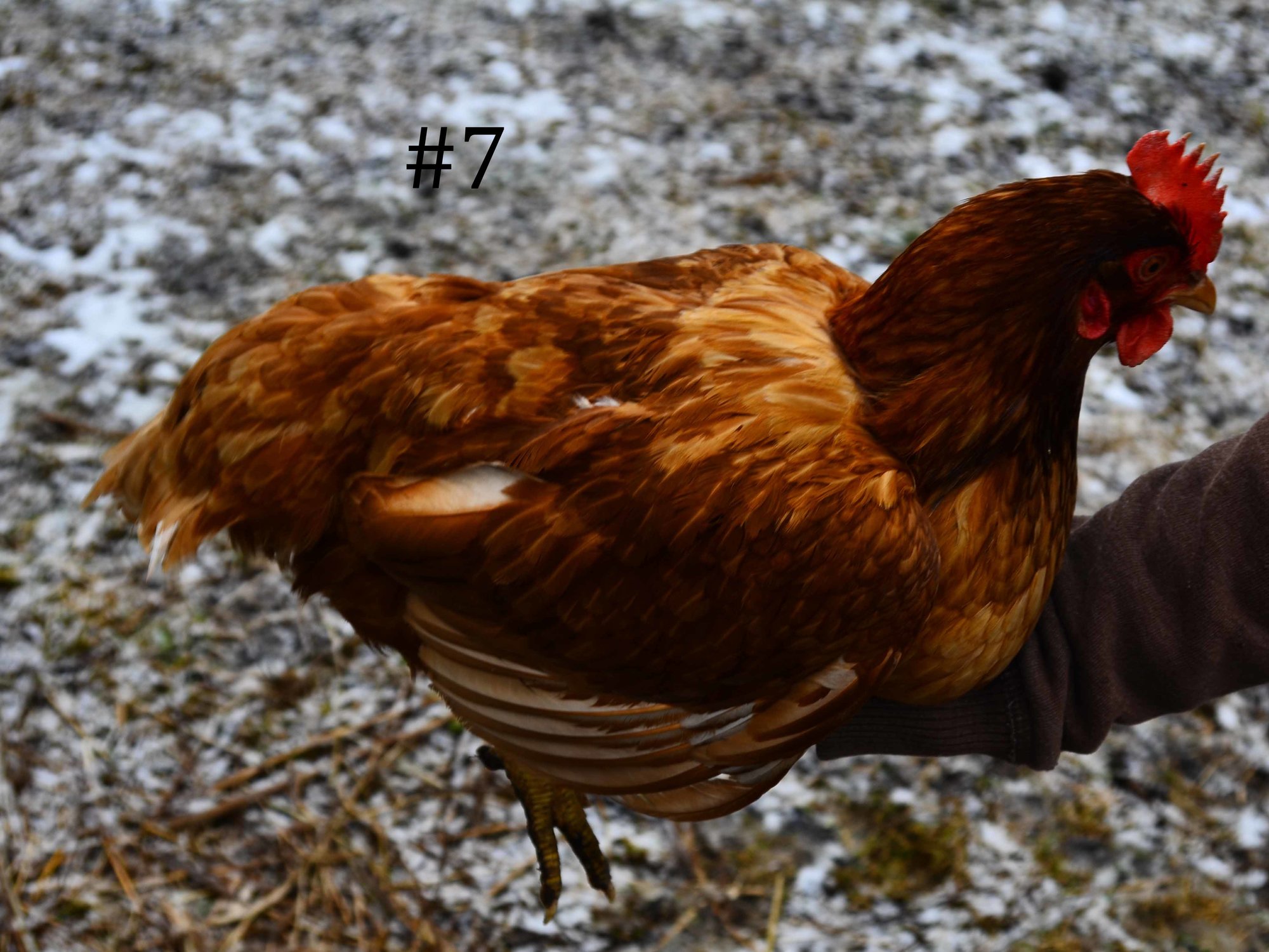 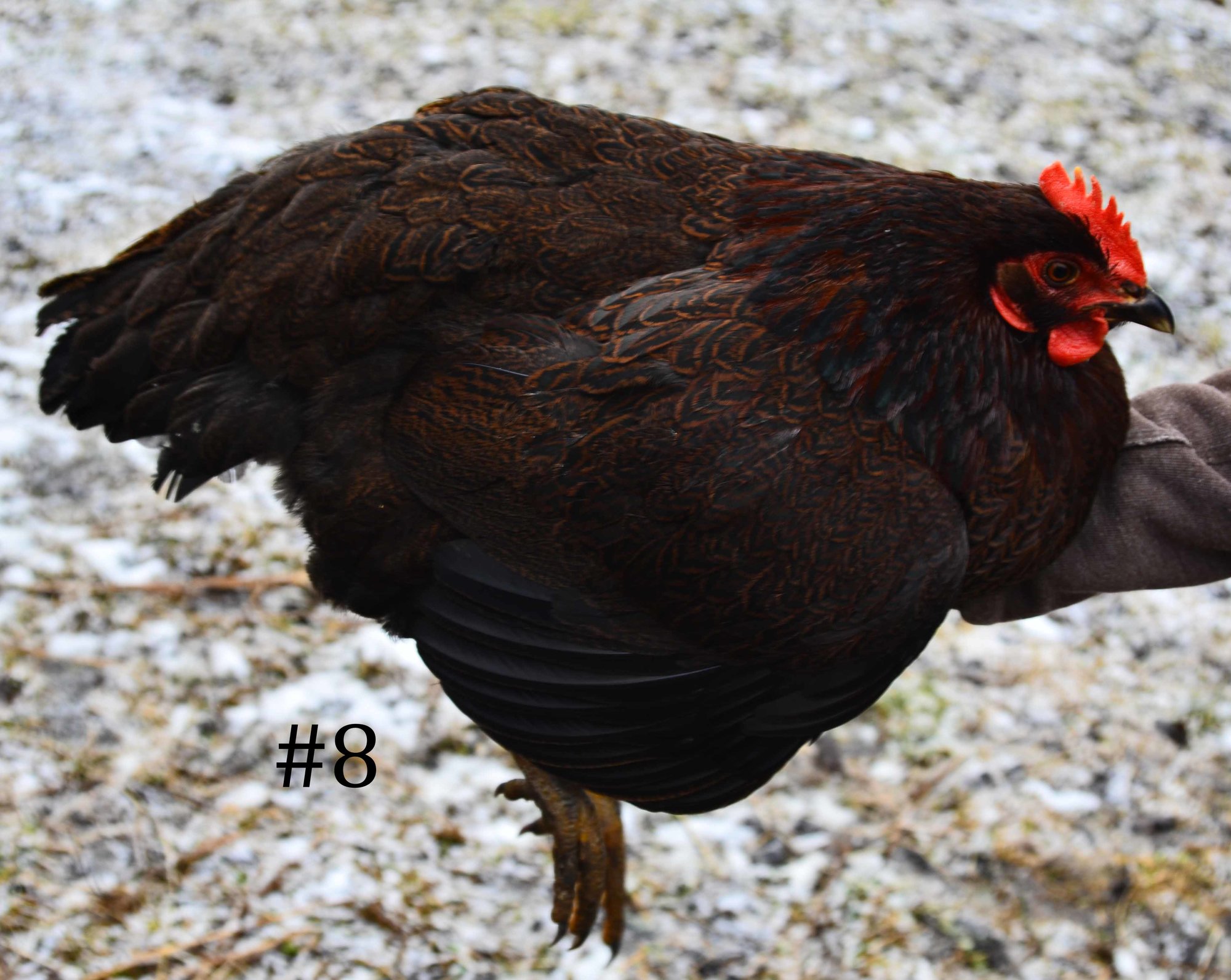 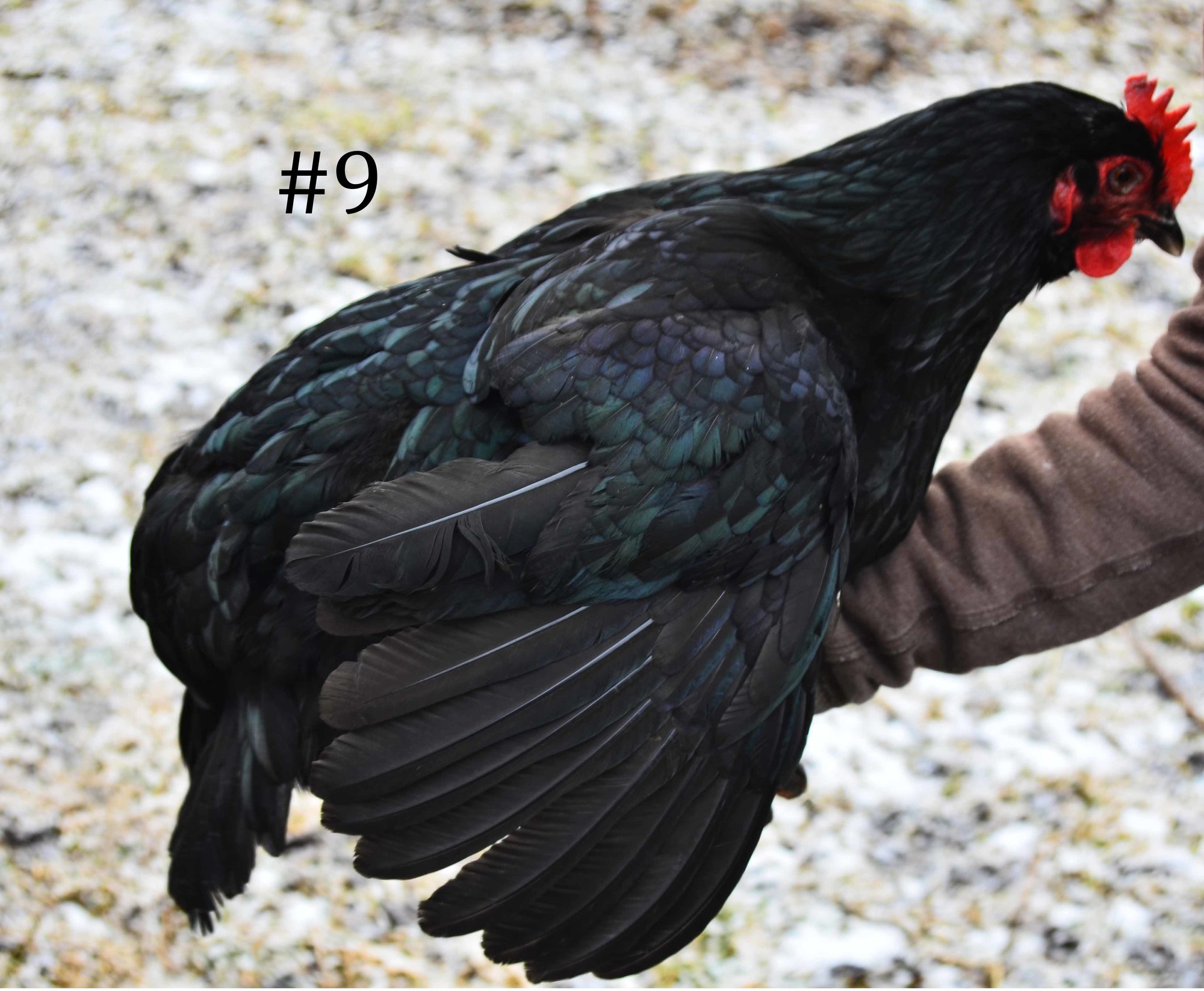 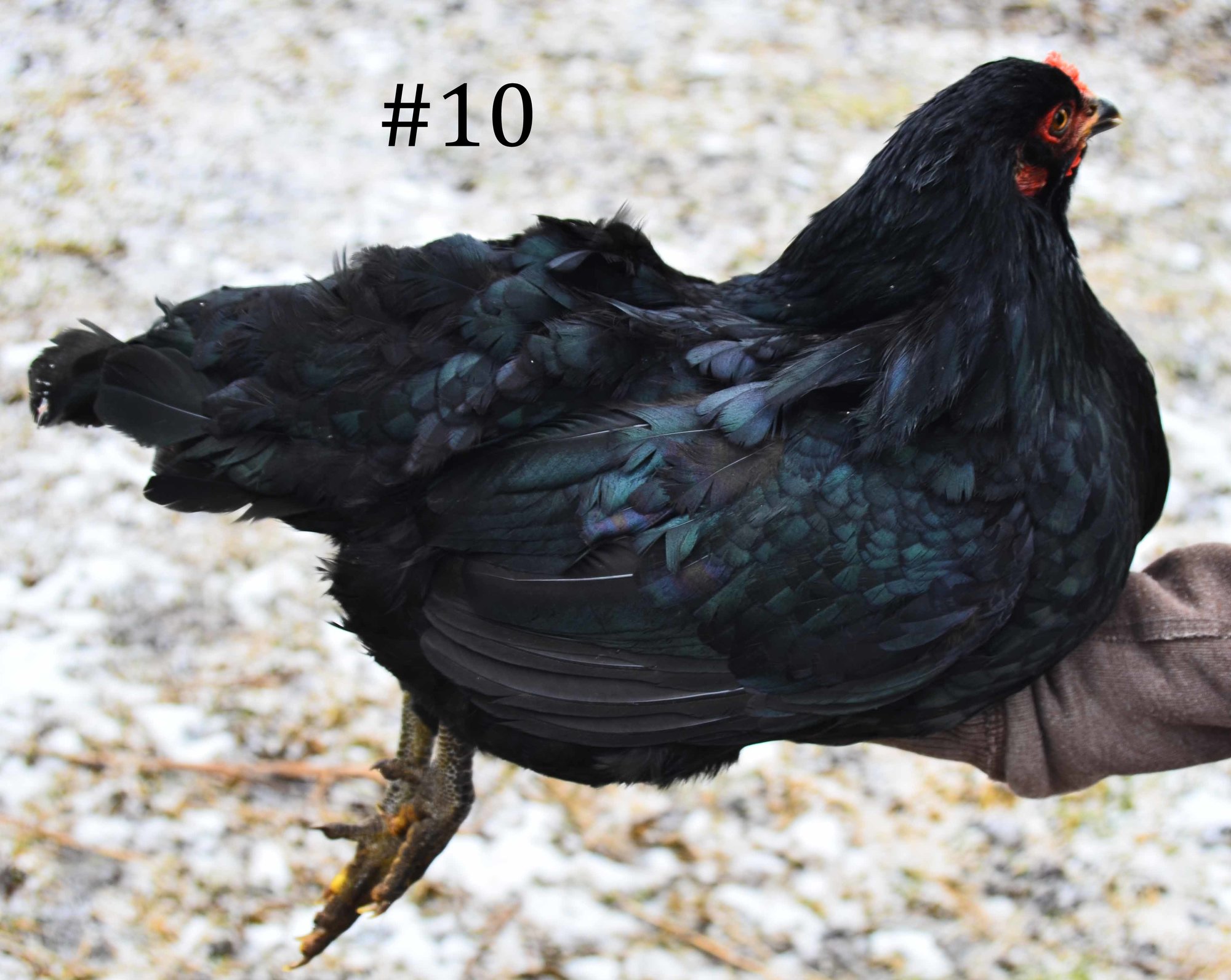 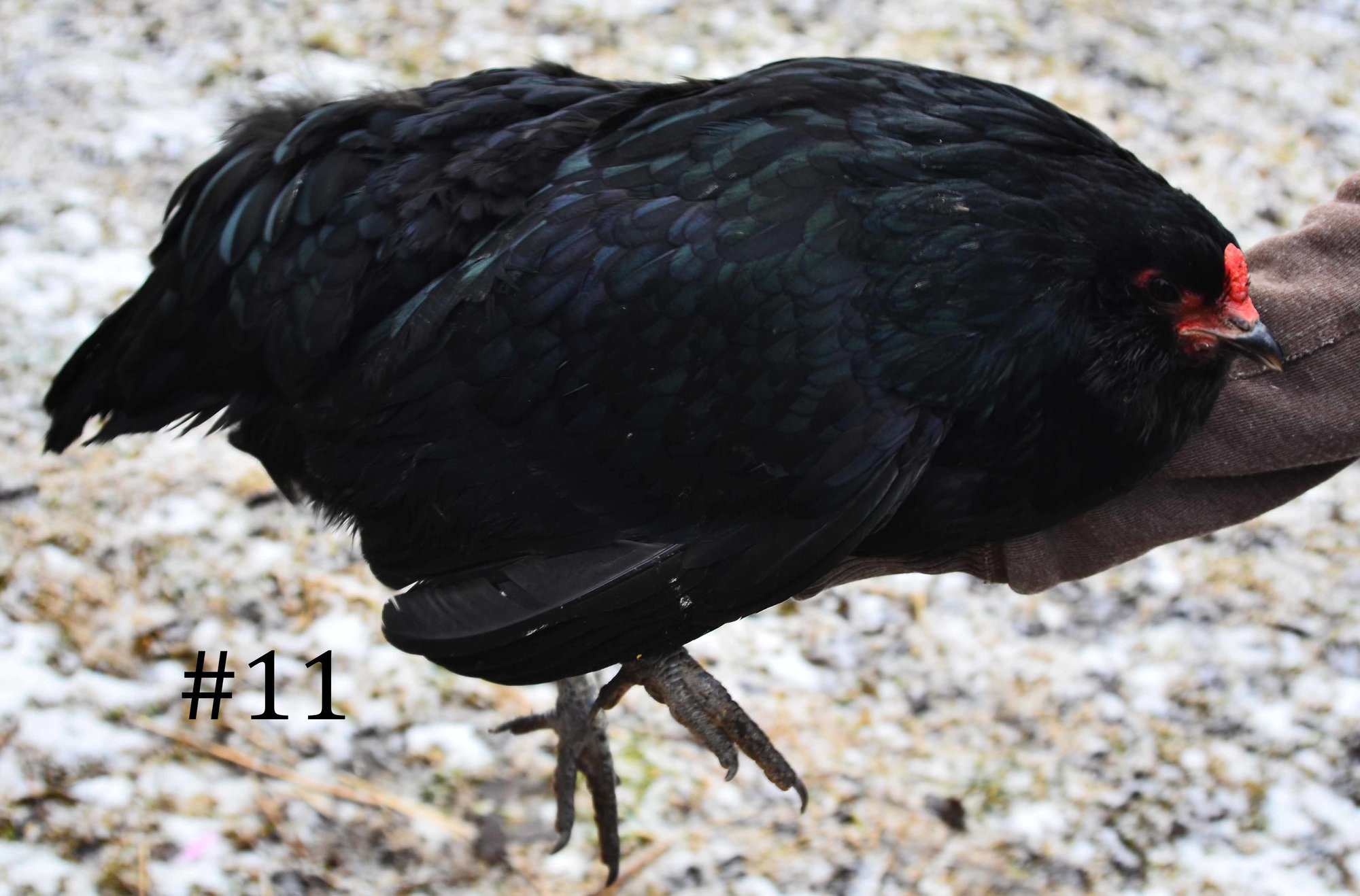 First 3 I would say wihte Rock. 4-6 silver pencilled Rock. Then a production Red, partridge Rock, and the black ones could be Australorps.

I agree that the last 3 are Australorps.

#1 and #2 have flat-ish combs, I thought maybe Chantecler?

Lovely birds and good pictures too! Where are they from?

I got them from someone liquidating their collection of heritage breeds just 15 minutes from me, but the person who met me there didn't know the specific breeds, so I just picked out my favorites

So glad there's rocks and chantecelers in there!

Not sure what the skin color is on that hen. To be an Australorp, what color should it be?

Australorps have white skin. Check the bottom of her feet and you should be able to tell easily.

I agree with @TheKindaFarmGal, the pictures are great and your chickens are b-e-a-u-t-i-f-u-l!

I'll take a guess on the breeds, too! (Though I know my guesses are the same as some of the others').

#1. White Wyandotte, I'd assume, as the comb doesn't quite remind me of a cushion comb, so no to the Chantecler if it's not one. (Though, to be honest, is there such a thing as a White Wyandotte?)
#2. Plymouth White Rock, I'm assuming (unless she has a white earlobe, then she's not that). And #3 is probably either that, too, or what number one, is, as I can't quite tell if her comb is actually a single one or not.
#4, #5, and #6 remind me of Silver Pencilled Plymouth Rocks.
#7 might be a Red Sex Link.
#8 reminds me of a Double Laced Barnevelder.
#9 is a Black Australorp, and, if #10 has a single comb--as it's a bit hard to see from that angle--then she's a Black Australorp, too.
And #11 looks like a Black Ameraucana; pea comb, muffs, slate legs; that points to that breed, I believe.

What breeds are these hens?
2

A
What breed are these?

N
What breed is the Chick?