What did you do in the garden today?

WthrLady said:
This old book I purchased explains how to make your own cornstarch!!!
Click to expand...

Ya and I need to find the comparison of bloomed brewers to the strength of hops yeast.
I'll get it. Just don't have the time at the moment. 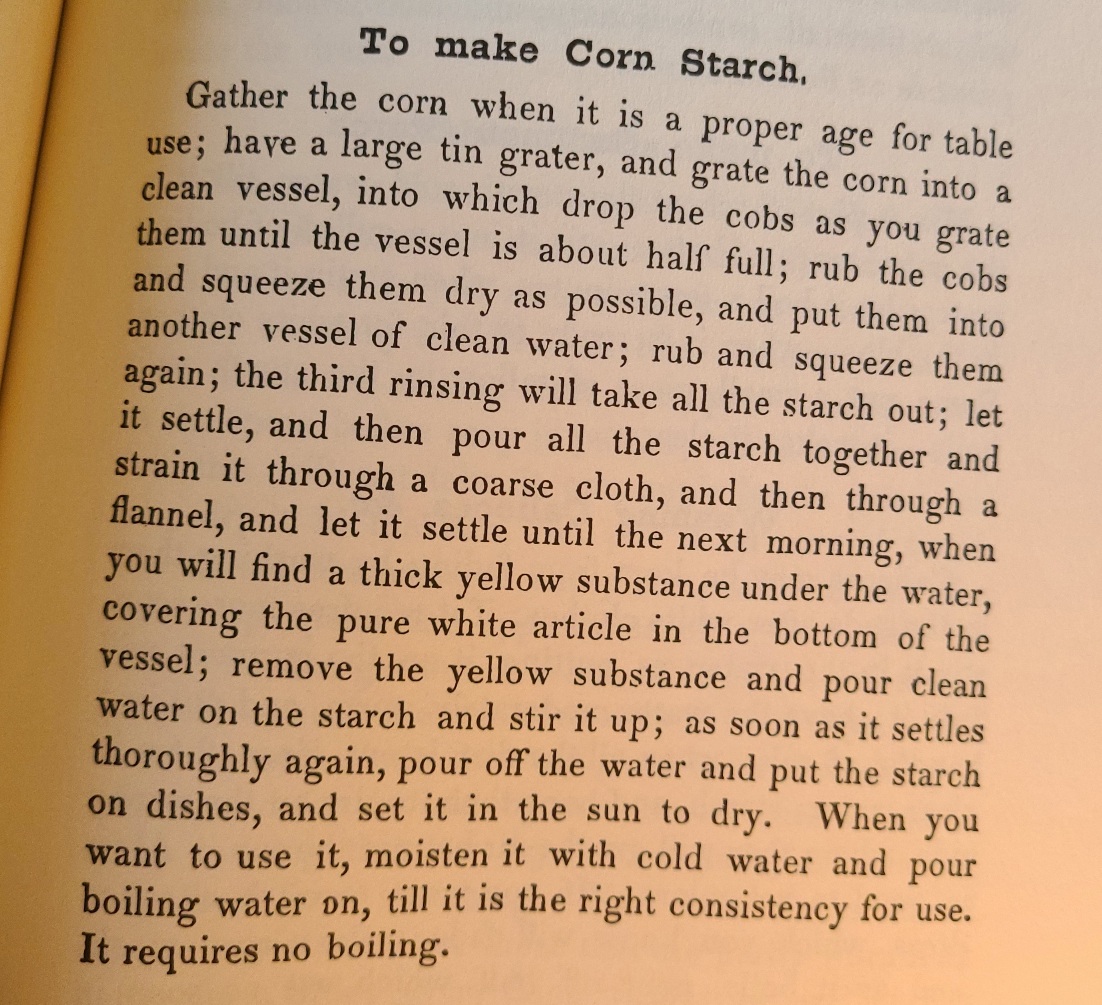 WthrLady said:
Ya and I need to find the comparison of bloomed brewers to the strength of hops yeast.
I'll get it. Just don't have the time at the moment.
Click to expand...

Could it just be beer also? I've had beer bread before and the yeast product is simple a heavy dark beer.

OK I've got it, comparing several of their recipes with my own. Half a teacup of hops boiled and fermented yest is for 6.5-7.5 cups of flour, which means half a teacup is about 2 pkgs of dry yeast.
Hops yeast, it says, makes for a very dense moist bread. I'll play with their roll recipe and see where it gets me.
I'd make my own hops recipe, but it calls for the green/yellow stage of hops which is early September here. LONG gone. So maybe next year.
The Washington cake made six large loaves of cake, so since I'm not baking for an army, or for a week, I'll trim their recipe.

There is a MILK yeast recipe in here too for when you run out of hops yeast in the Spring, should you have prepared so poorly.

Just came across a quick recipe I MUST try. BRB.
E

I'm amazed by how outstandingly wrong the forecast is around here. It's consistent too. Two days ago we were supposed to hit 47 last night. But what actually happened was 41. For whatever reason, we did not have a frost, for which I am grateful.

Today I'm planning to plant up cool weather stuff. Greens, bunching onions, radish... I've only got the one bed section ready so I'll see how much I can actually fit.

Before you go to bed, look up your dewpoint specific to your area at bedtime. The temperature will drop no lower than the dewpoint. OC the Dewpoint can drop further, but usually doesn't do it quickly, and by gobs and oodles.

Last night our dewpoint was 36, so I knew I might get frost, but we only dropped to 37 do to the giant warm lake near by.

We MUST haul every tomato and pepper out of the garden TODAY. The low tomorrow is 39F. Ripe or not everything has to come in.

Now I need to find the time to process all of that though... Busy with house and yard work because we have family coming by next weekend for the kids birthday party. So much to do, so little time.

And speaking of processing the tomatoes and peppers, solenoids had a green tomato salsa recipe for canning. Can you please share? It was probably already posted, but I'm not finding it.

Got all the hoses pulled, got the bush beans, squash, all the peppers & half of the pole beans pulled. It was all still producing but I'm over it & the clock is ticking on it anyway. I have too much to do to wait any longer. Getting ready to do my Christmas jam, maybe tomorrow, maybe now, who knows.

Got 3 more loads of chips in, couple more coming I hear. I should be set for a while, lol. Coop is cleaned.