Just a friendly photo of the sweetheart in my flock. This is ‘Teddy Bear’ aptly named. She’s a twelve week old ee and loves cuddles. Reply back with pics of your sweetest guy or gal I’d love to see them!

heres my roo! hes awsome.... not cuddly at all tho! 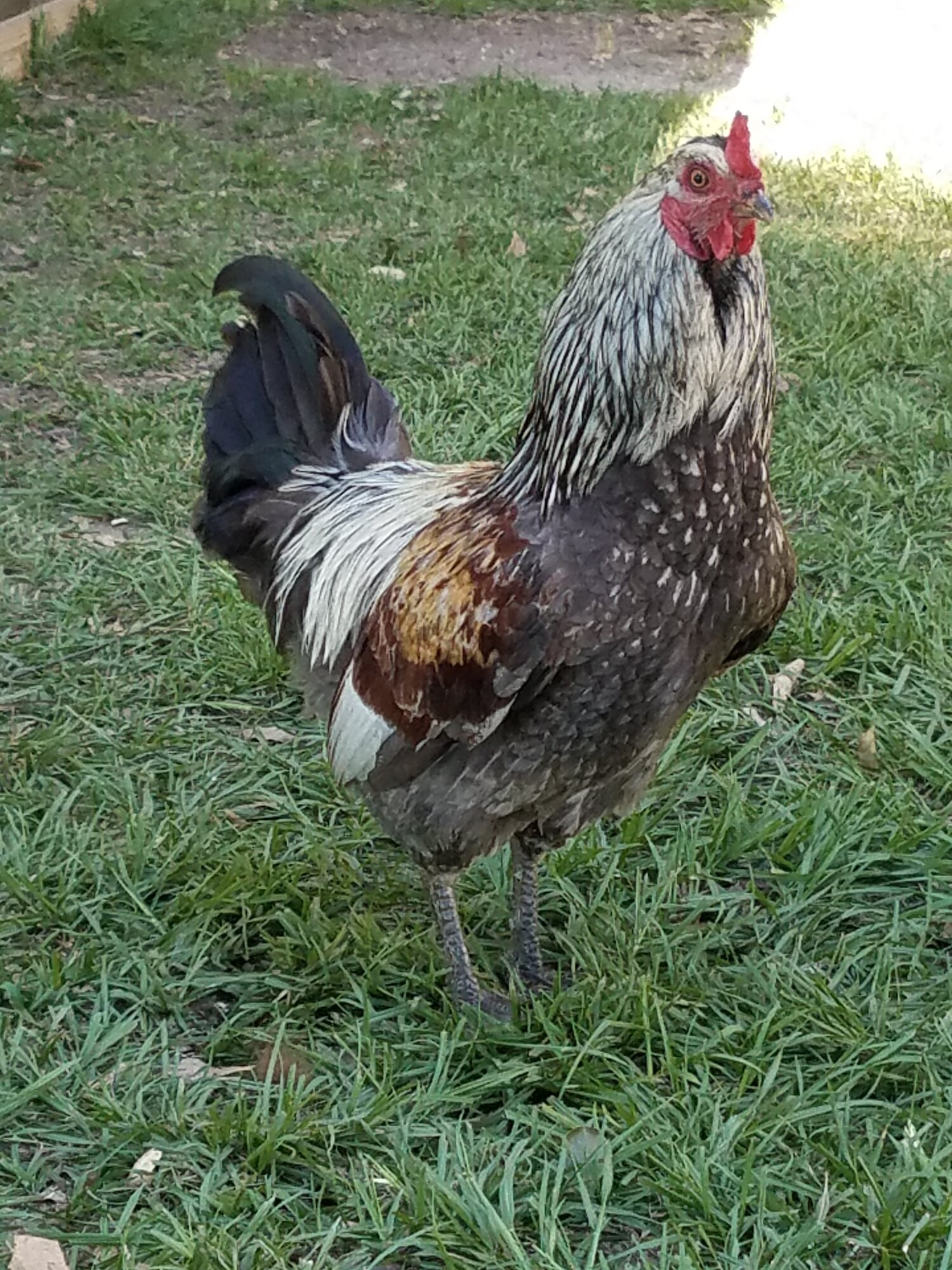 He’s gorgeous! What breed? We had a super mean rooster when I was in high school one day my mum had enough and we’ll ...(finger crosses throat)

hes the nicest roo ever! never touches the biddies or anything! and hes a bit of a mutt.... mostly EE/americauna with maybe some SLW? we have had our share of mean ones too! they tended to suddenly stop living... lol.....

My sweetheart is definitely Spook, a guinea rooster who hatched and imprinted on me last year.
I don't have any pictures on my computer of him as an adult, but here's one of him when he was little: 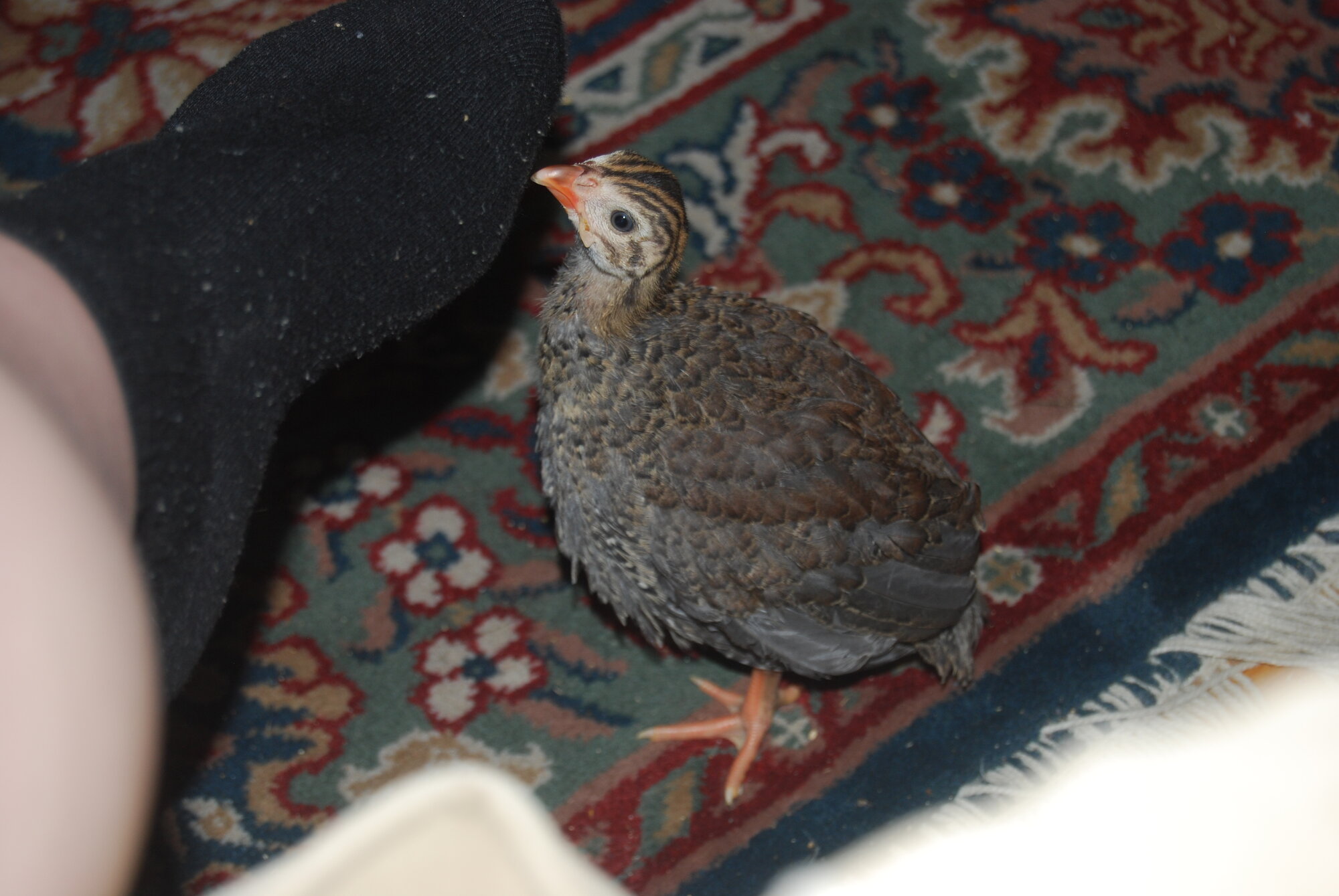 And just hatched... I was so nervous! He's still quirky and sweet today, though: 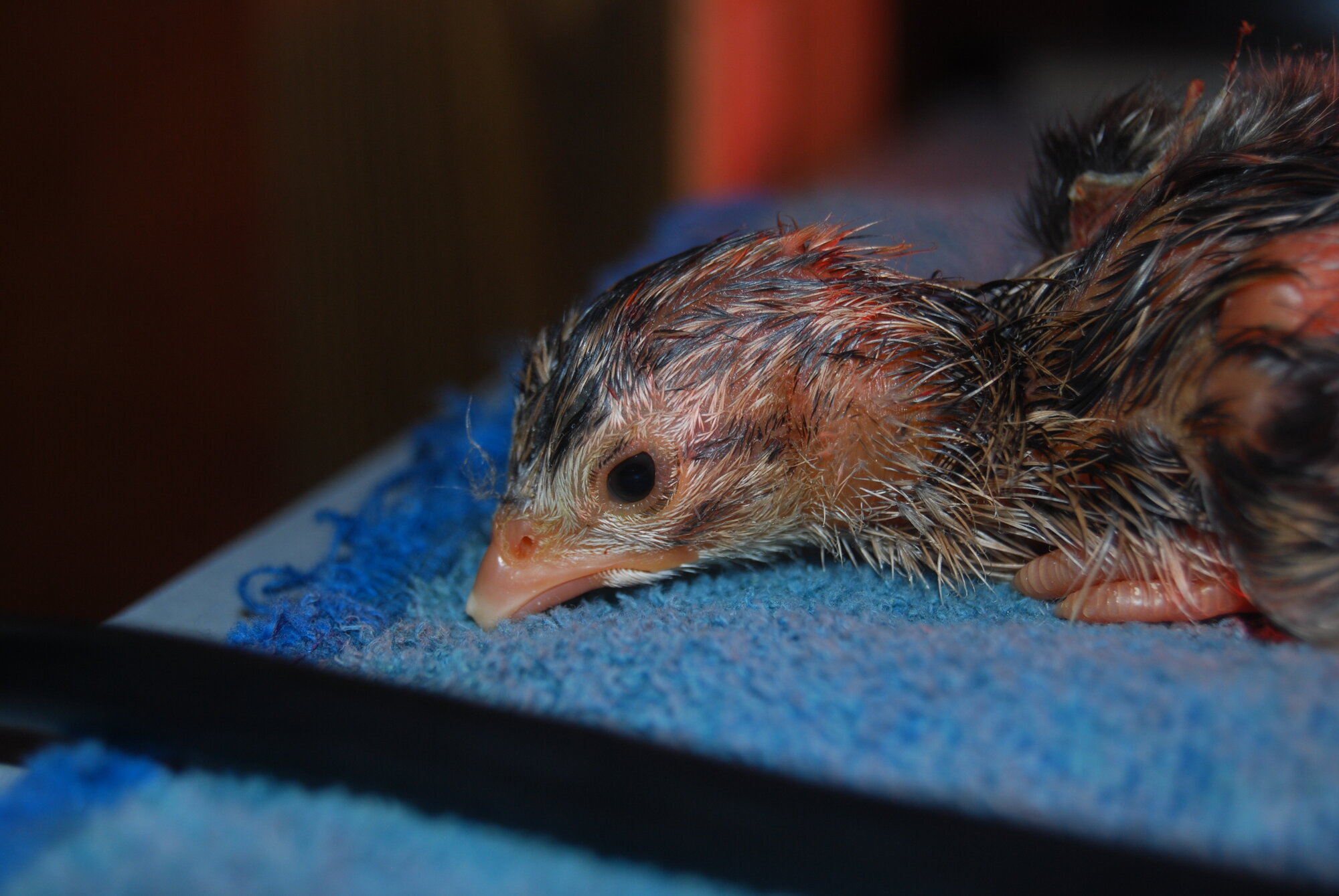 He's my little keet, even as a fully-grown guinea. Love him to bits! I'll see if I can get grown-up pictures of him to post soon....

I like how she’s inside on the rug lol

He was the only chick that we had at the time -- he hatched in... June, I think, under the broody puff known as Najika. He was all alone, so he got a lot of one-on-one live and cuddles.
And then there was the imprinting. I helped him out of the egg -- not that it was required, but I worried nevertheless -- and was the first thing he laid eyes on.
Good thing that he didn't imprint on the dishtowel that he was laying on.

Love seeing all of these sweet birds!
Here is my silly boy wearing his bell bottoms.

Ooh! Porcelain D'Uccle? He's so handsome!
I have a Mille-feuille D'Uccle rooster... he's not friendly at all, though. So fluffy....

Sapphire Sebright said:
Good thing that he didn't imprint on the dishtowel that he was laying on.
Click to expand...

Momma dishtowel would not have been nearly as good of a mom for Spook! He is very cute.
Yes, my guy is a porcelain d'uccle and provides many hours of enjoyment for us watching chicken TV!

Is there any possibility this is a pullet?
2

S
Why can’t I get the hang of sexing Easter Eggers? Please weigh in! ♥️