Who's used a plastic pond liner for ducks?

I have a new flock (well, two welsh harlequins and two calls) they will have a penned area and we have an extra pond liner it's the formed plastic kind that we had for our Koi till that project got to large and we dug something... anyways.... i have always used basic kiddy pools but my one daughter suggested this left over liner that is gathering dust lol

How do you clean this thing out? it would have to be dug into the ground... clearly has no drain plug... i mean one could flood it but that's rather wasteful of water and we are on a well.

The flock are still babies in the house under heat so we have some time to sort this, however again not ever having this sort of pool not sure where to start, should mention we get cold, like way below freezing for months, we had 6inches of snow in May this year... so that is of concern too.. mind you i guess i could do a pond heater lol

I use one but I do not have it dug into the ground, it helps keep the dirt out. I use a submersible pump to empty it every couple of days. I water my garden with the water. When we have freezing weather and ice (which isn’t that often), I do not use the pools. They have a heated dog water dish to drink out of.
B

This guy has a pretty good design if you don't want to dig and he puts a drain at the bottom.

This is mine. I have been using it for four years and it is still working well. 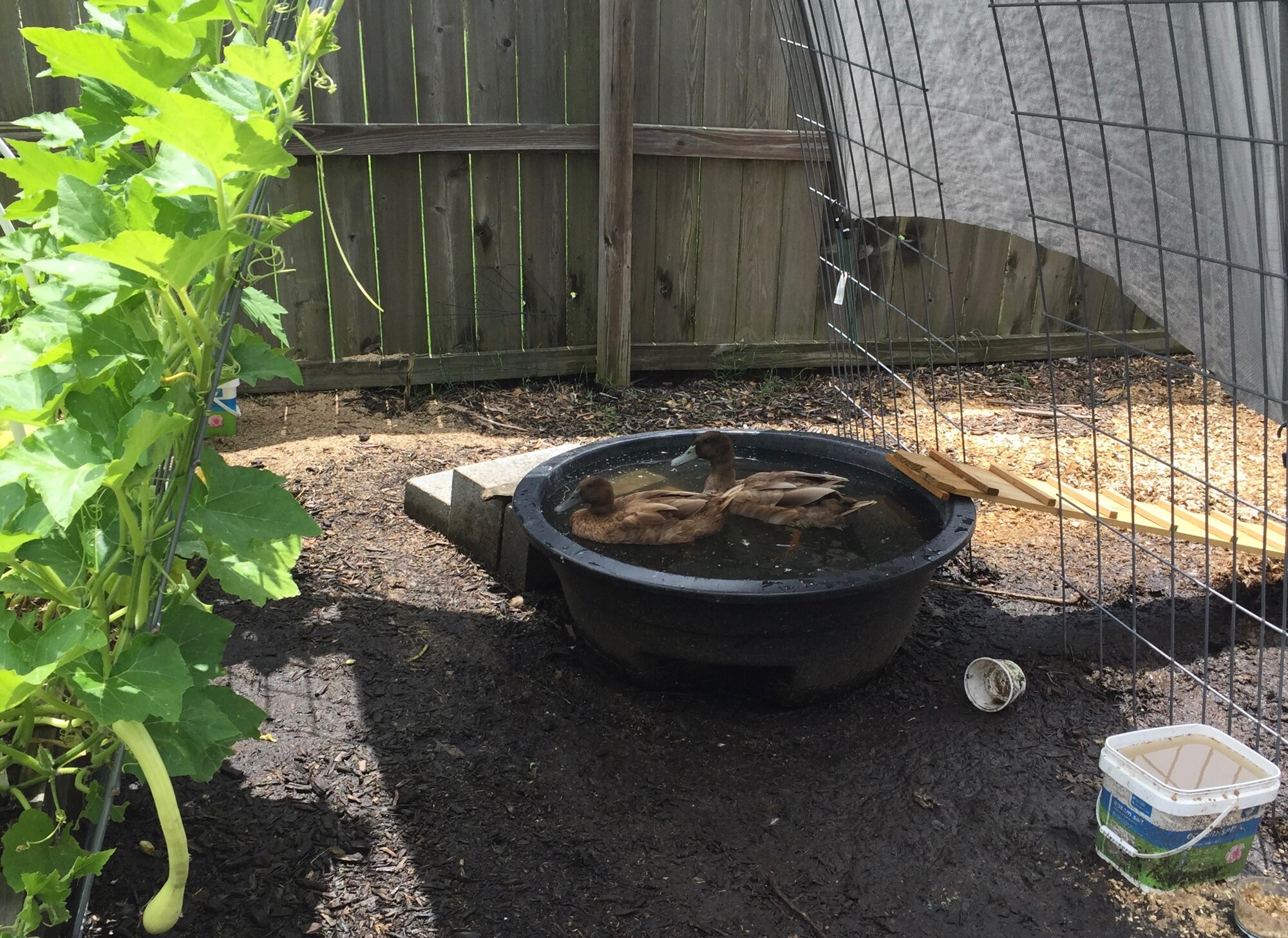 cheezenkwackers said:
This is mine. I have been using it for four years and it is still working well.
View attachment 2190806
Click to expand...

How many gallons is it? Your ducks are adorable!

ChickensForEggs2500 said:
How many gallons is it? Your ducks are adorable!
Click to expand...

Thanks! I’m sorry but don’t remember. I bought it at Home Depot. I talked them down 20% because it was dented.

cheezenkwackers said:
Thanks! I’m sorry but don’t remember. I bought it at Home Depot. I talked them down 20% because it was dented.
Click to expand...

I think I just got the same one! 35 gal, with three plant shelves.

ChickensForEggs2500 said:
I think I just got the same one! 35 gal, with three plant shelves.
Click to expand...

That's it! I add a brick on a step to help them get out.

Went from 2 ducklings to 11. How big of a pond should I dig?