Why do my chickens all cram into one coop to sleep when there is another coop almost empty?

I wondered where to post this and decided "chicken behavior" is best.

I started with 22 chicks. They are now 7 - 8 months old. 8 pullets (Group A) were from the Farm store and 14 (Group B - 9 pullets and 5 cockerils) were from a local farmer. The two groups were raised in separate brooders. When I was sure which were cockerels, I culled four of them, leaving 1 cockerel and 17 pullets.

I had bought two identical made-in-china coops, and when I moved the birds outside, Group A roosted in coop A and Group B (with the remaining Cockeril) roosted in Coop B. I lock the coops at night and open them in the morning. The chickens free-range in a big, fenced back yard during the daytime.

Over the past few months, the pullets from group A have been migrating to coop B to roost, even through there really is not enough room there. Last night, there was a lone pullet roosting in Coop A and 16 pullets crammed into Coop B with the Cockerel.

I've been working on building 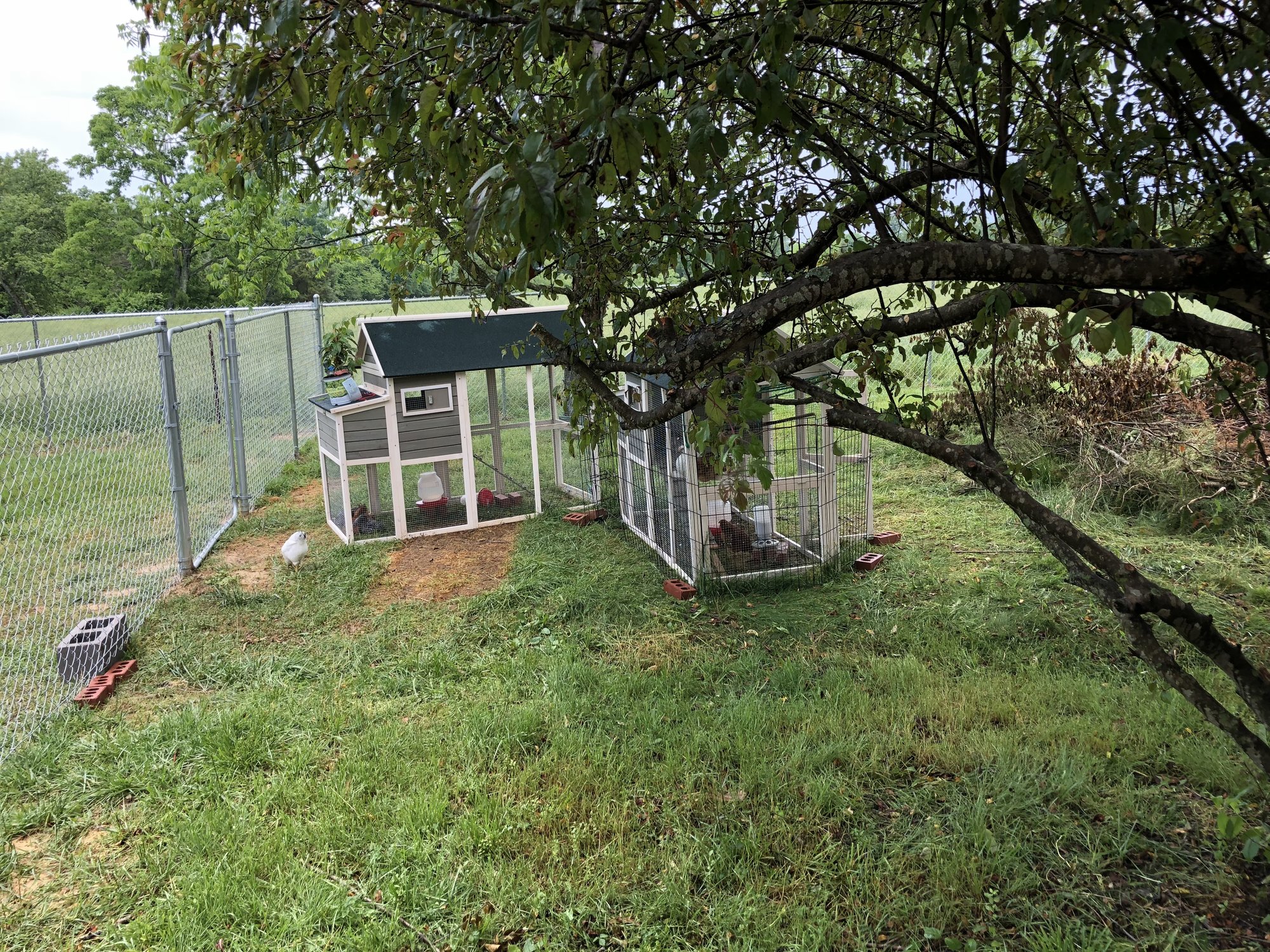 a bigger coop, but I am not a carpenter and progress is slow. Heres my question: Should I just let the birds roost in whichever coop they want? Coop B gets filled with poop pretty quickly. Or should I force some of the birds to sleep in Coop A (by closing the door and locking down Coop B early.)

They're a flock now so they want to stay together.

I'm more amazed that 18 birds can fit in there to sleep!!
S

Can you place them side by side and cut out the wall? Let them be together, as @rosemarythyme says they are a family now

I agree. Def. expand their henhouse.
The same thing happened to mine. We had two henhouses. Eggs were laid in both but everyone crammed into one henhouse.
I think chickens just like to be together with the rest of their flock.

rosemarythyme said:
They're a flock now so they want to stay together.

I'm more amazed that 18 birds can fit in there to sleep!!
Click to expand...

Well, they do it by partially roosting in the nest boxes. I think even if I were to place the coops side by side, and cut out one of the wire "run" panels, they are still going to be sleeping in the nesting boxes.

Obviously they're managing to make do for now, but a new larger coop would definitely be the ideal solution here. Doesn't have to be anything fancy. Starting with something like a shed might be easier for you if like me, you don't have construction skills to build from scratch.

rosemarythyme said:
I'm more amazed that 18 birds can fit in there to sleep!!
Click to expand...

How far along are you on the new coop?
Hope it's BIG!

A single bigger coop is in order here, and maybe you can sale those on CL or like site. As said they are a flock, the girls want to be near their rooster.

Also it's good they have formed a flock and not two groups, I agree with the shed idea, that's what I did, like already said, nothing fancy, a few nest boxes and one or two roosts.

I used cardboard boxes cut out for nest boxes, easily replaced if they get damaged.

If you do go for the shed idea, get some poop boards placed under the roost, a lot easier to keep the coop clean.

I think what we decided to do is reduce the size of our flock by 8 birds. Maybe 18 hens is just too many for a two person household. My neighbor only has 4 hens.

4
Moving two groups of chickens into one coop.