What is required for keeping this breed when ambient temperature can get down to about -10 degrees Fahrenheit? Adult weight is roughly 4 lbs.

If you don't have a bunch to pool from, I would suggest erring on the side of over protecting them from the elements. They have differences. They lack down, have hard feathers. They do have bare patches of skin that others don't have, but I would say those differences are minimized by their skin seeming thicker and tougher all over and especially in the bare patches. They shouldn't have combs or wattles to speak of that you would have to worry about freezing off. The big difference is their feet. They tend to be longer and thicker. Give them a good wide perch and they should cover their feet when it's cold. If they don't , or you get blowing freezing rain or wet snow, they can get frost bite in their feet, which months later can show up as gangrene.

One of the coldest snaps we have had here in a while was a few years ago in late February, it hit negative 12. I had a four and a half pound asil hen on eggs. The snow blew through the door of the coop and she was covered in powdery snow. The fact that it didn't melt on her back, and she hatched eggs a couple weeks later, tells me that although they don't have as much fluffy down, they are still insulated. Mine do fine in fly pens with a tarp over the top. Have had them stay in trees for several days while I got an LZ shoveled in heavy snow and they did just fine, but those are typically pullets. The big goofy footed stags leaning more towards Thai game are where I have had problems with foot freezing. There again, the ones that cover their feet when they roost do better, and the ones that don't will weed themselves out if you let them (observation and culling for food being preferable to letting gangrene situations develop).

I have seen pictures of people keeping asils on tie cord tee-pee setups in some pretty Northern places, and I'm sure they have selected their birds to thrive in that situation. The damp is worse than the cold, you want to make sure that they have proper ventilation if you try to enclose them too much. They are better off in a tree than in a tight enclosure where their respiration frosts them up. In stretches of bitter cold, if you are concerned, you can take them off the roosts at night and put them in straw. I have gone out and gotten birds in freezing rain and really wet snow (the ones that didn't seem to sense it coming and roost accordingly) and put them to roost somewhere dry with some bedding. The wet cold is the main thing we have to worry about here, and it can be bad on anything, the deep cold is usually short lived and accompanied with dry weather. Wind is bad, but it shouldn't take them long to figure out which direction it comes from, if you don't have them in an enclosure. (Asils should really be in an enclosure to protect them from each other, but sometimes I let grow-outs free range for as long as I am comfortable with it).

He will be treated like rest with a 4 x 5 pen covered by tarp. All adults except some hens penned singly. I was wondering if I can get him to roost in an overturned bucket with straw in it. Bucket would be suspended on roost pole about 42 inches above ground.

He has a pen like these. Until the last couple days the young birds were allowed each day before put back up for night. That is not longer practical with April hatch birds coming into courage. The Aseel stag, and everyone hatched later than May 1 running free, some all day. 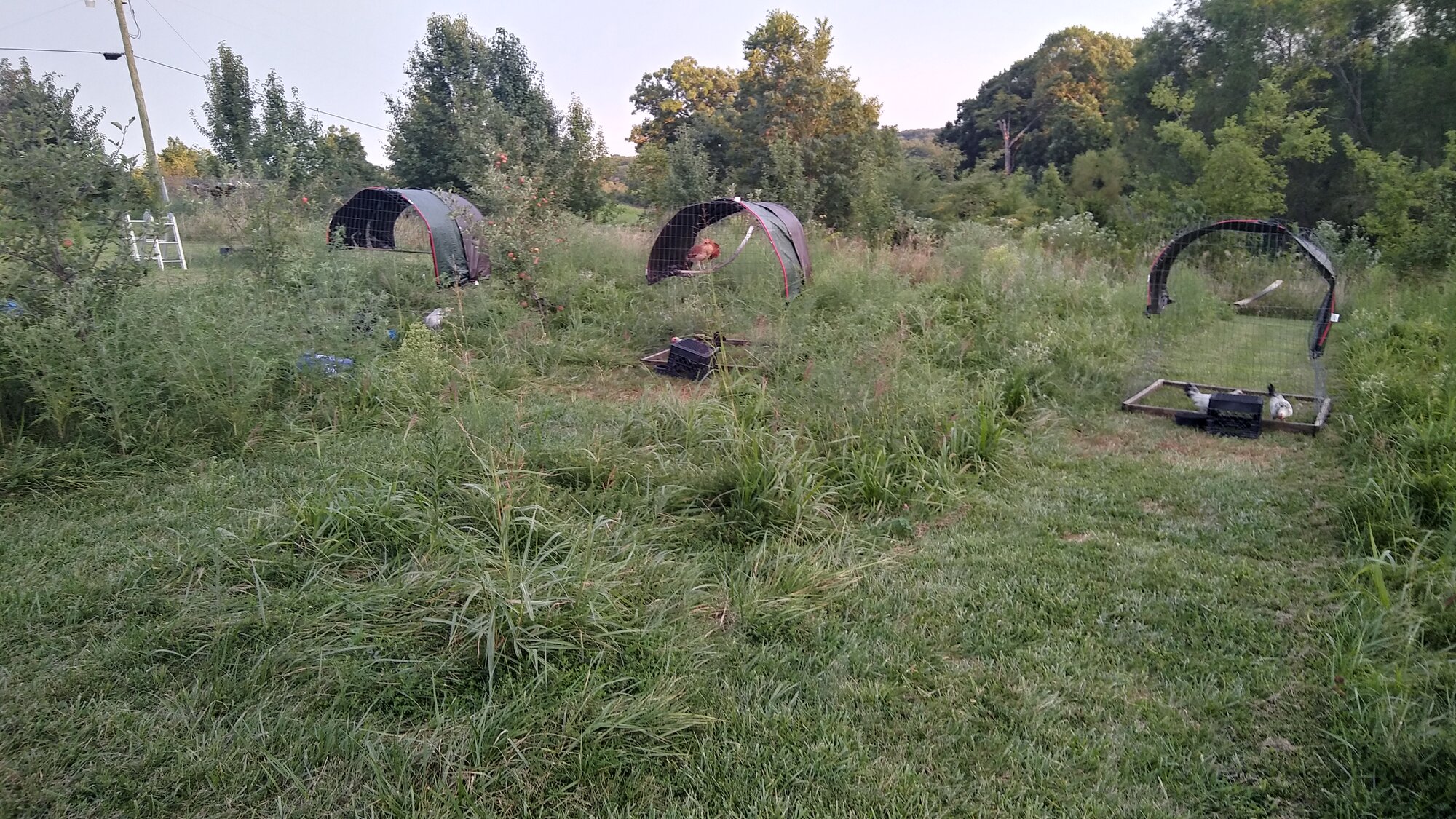 T
What breeds do you recommend?
2 3

What breeds should I chose?