I got my first set of chicks back in April on Easter weekend. I've had such fun with them and I adore them!

But then around Sunday, Sept 25th I noticed one of my Hen's disappeared. I had suspected that she'd been hiding eggs from me but I could never find them, so I figured maybe some sort of predator had gotten her. She was always the clever chicken able to get out of my poorly constructed 'containment' area. But then I seen her on Wednesday and she disappeared again till the next Sunday.

Well I managed to track her down on that Sunday, and this is what I found!! 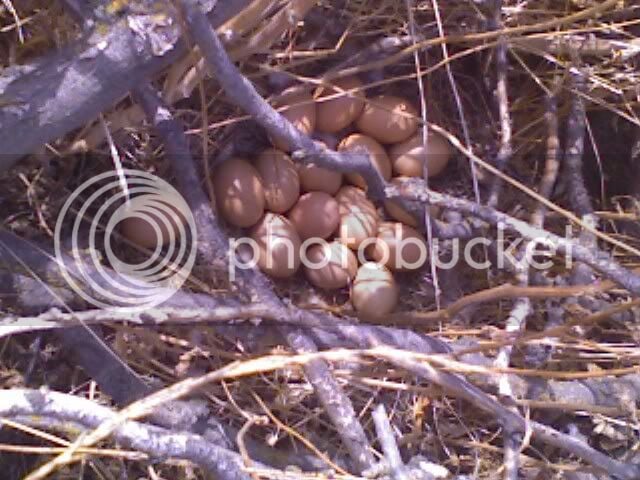 Eggs!! Hah, I knew it. But I was kind of skeptical that they'd hatch, she woulda only been a little over 4 months as she started laying the 16 eggs in her secret hidden nest. But I left her to it.

So anyways, I figured they'd hatch sometime around this weekend. I got home late tonight and normally I never check on the hen after dark, but I climbed under the electric fence anyways and sure enough as I bothered her I heard tons of tiny little peeps. Awesome!

So I got my dad, got a plastic tub, and loaded them all up. 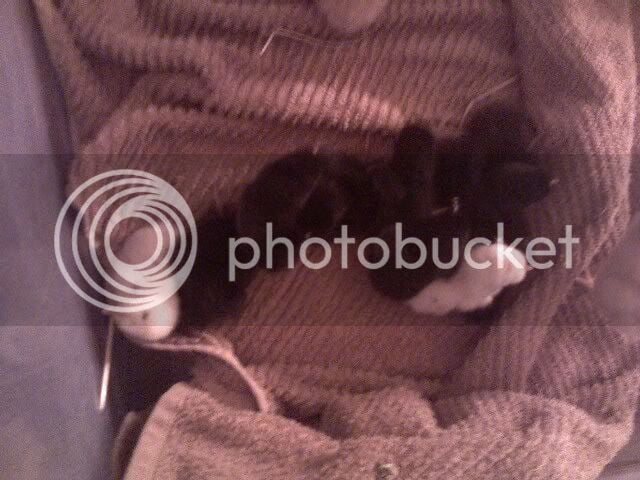 Not a great pic but, 11 of the 16 eggs hatched. Pretty darn good job for that little hen of mine!!

I bought her as a golden sexlink, and the black chicks are all Marans crosses and there's two little white chicks with black/grey markings that I think belong to my Banty Roo. Well, if they can have different fathers of course. Anyways, I'm excited and I thought I'd share with everyone. I can't believe I already have baby grand-chicks.

Are you going to let the hen raise them in a protected area?

Congratulations on your new additions!

Tyfani, what a neat surprise!!

I wouldn't give up on the other eggs just yet. They still might have a chance of hatching. I have had broodies who abandoned their nest and the eggs were still hatching. I would let mom raise them because they do all the work. You don't have to do a thing, but feed mom! It makes your life so much easier. Good luck with them and keep us updated.

Deep In The Left Atrium Of TX

Way To Go Little Mama! She deserves a treat... maybe some BOSS... or a bell pepper... or... I donno but that is AWESOME!! Congrats on your batch of beautiful babies!

Broody hen, can she adopt chicks and hatch eggs?